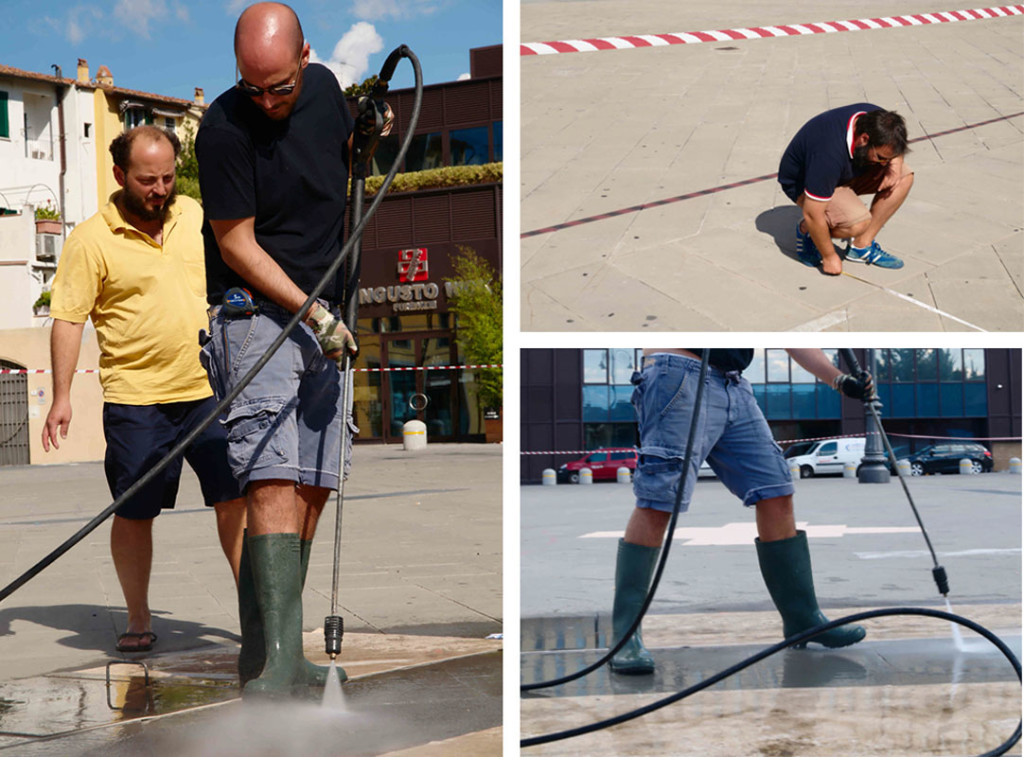 Ten years ago in the city of Florence, a trio of young architects founded a group project named Studio ++ which they had developed in order to give shape to a communal itinerary of artistic research. The implementation, context, contact with the public, progression and the fortuitous are all key elements to the work of a trio of artists that is committed to facing reality with the critical eye of those who understand and know how to construct the relationship between space and matter and seek to explore the value of time and the use of new manmade resources such as modern technology in regards to the latter. Fabio Ciaravella (b. 1982), Umberto Diana (b.1979) and Vincenzo Fiore (b.1981) are captivated by daily life and the product of multidisciplinary relations such as the exemplary work entitled Il Giardino Cancellato (The Cancelled Garden) presented during the second edition of the Nel chiostro delle geometrie workshop. In fact, a project that examined the association between architecture, space and time was introduced at Largo Annigoni, an active yet unconventional area of Florence. The group had created a series of geometric figures on the pavement reminiscent of Moorish patterns and gardens. What made the outcome particularly noteworthy is the fact that the design was obtained by the use of a high-pressure water jet cleaner which removed a well-defined layer of dirt resulting from the passage of time on this surface and made creating the desired compositions possible. This is kind of a negative of a public work obtained by the fusion of several elements related to the city and its history – both its visible and invisible past. The elegance of the shapes, the delicate approach and the power of contrast in Il Giardino Cancellato prompt viewers to reflect upon matters that stretch beyond the present and to imagine the future of this abandoned, ramshackle place and ponder the importance of time constructed and protected within the cultivated space. 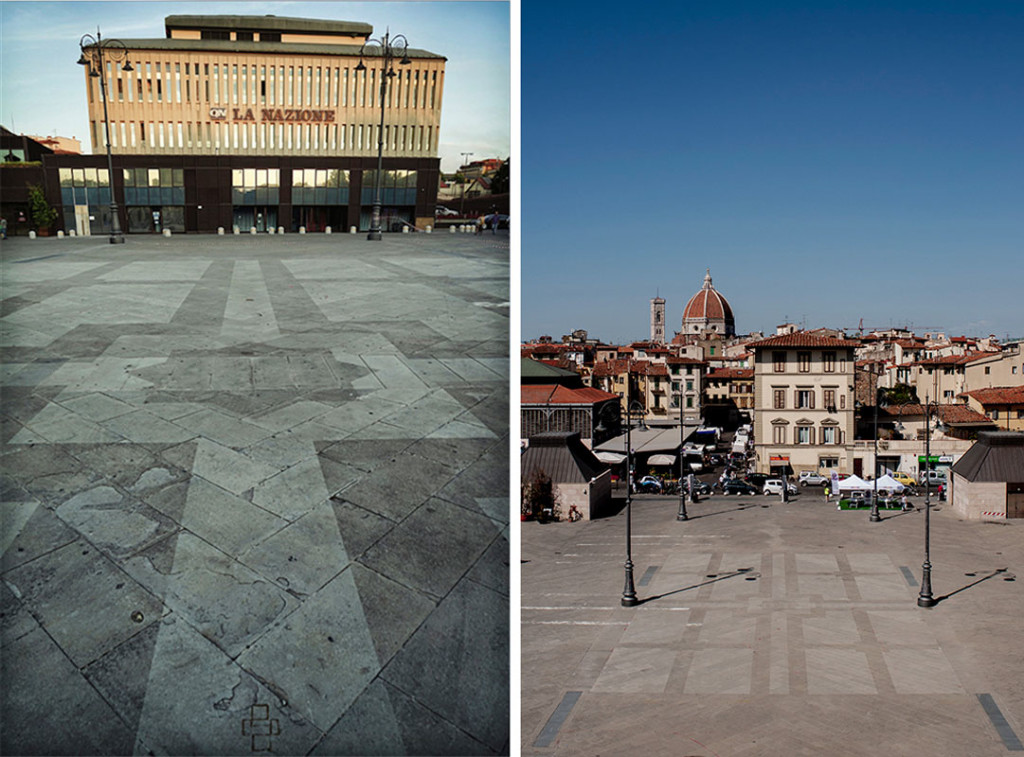 These are issues very dear to the hearts of group members: space is addressed through subtraction and presentation with a new aspect. This has also been interpreted in other installations such as the Rosoni (Rose Window) series inspired by windows in church architecture. A reflection upon the geometric shapes that have embellished imposing areas for centuries through specifically designed openings and, in this case, represented in reduced size through the composition of solar cells – a kind of modern rendition of the symbolic light that has literally been filtered through them in time and space.

Breathing as a revolutionary message, on the other hand, is physically concentrated on the perception of public space and participation. Once again, it develops the concept of working within urban space with definite refinement. A person holding a megaphone to his or her mouth in the middle of a public area has created a destabilizing action for those walking through the Cortile della Dogana (Custom’s Duty Court) of Florence’s Palazzo Vecchio by simply amplifying his or her breathing.

In short, public art and contemporary art are considered by Studio ++ to be their favourite area of exploration, analysis of doubt, observation of the contrast between present and past as well as an expression of the tension felt and shared on a daily basis. 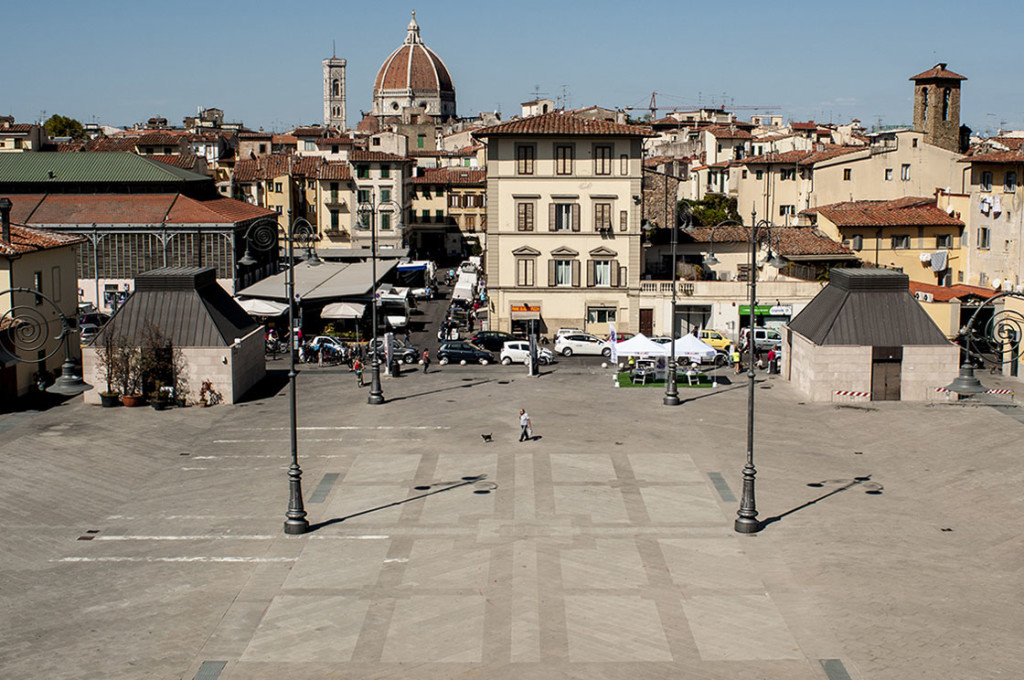 Raqs Media Collective. Art in the Age of Collective Intelligence