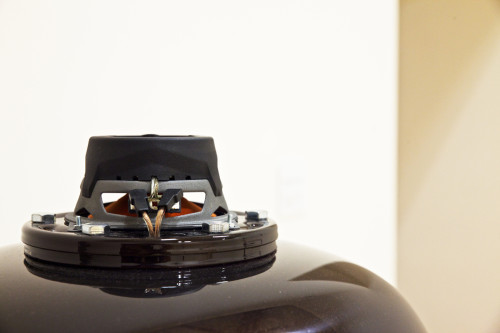 There is a concept which must be remembered and defended without delay: transformation, which is a constant of life itself. Since it is the very nature of life. From June 5 until June 7, the Civic Gallery of Modena hosted the exposition Transiente, realised in collaboration with Berlin’s Mario Mazzoli Gallery, and the 7th edition of the Node Festival (on 6-7 June). An exhibition and a festival that acoustically and visually explored the impermanence and evolution of the physical stages of sound, matter, image and their perception through the senses.

Works by five artists were displayed whose sculptures and kinetic and acoustic installations – all differing in style, technique and intention – attempt to analyse and intervene upon the physical limits of sound- hearing-vision and work on the spatial/temporal dislocations of natural phenomena. Nocturne (for 7 Monochords) by Edgardo Rudnitzky (b.1956, Buenos Aires) explores the physical development of the sound of 7 monochords with different tuning activated by the flames of 7 candles that slowly burn until all that is left is darkness and silence; Steps, the acoustic installation by Shingo Inao (b.1980, Chiba, Japan), evokes the tsunami that hit the north-western coast of Japan on 11 March 2011 – creating a temporal slippage and prolonging an event from the user’s past into the present. Double Hurricane by Donato Piccolo (b.1976, Roma) is also an attempt at replicating an atmospheric phenomenon (albeit undefined) by subverting irreversible and uncontrollable nature. The Moving Object by Pe Lang (b.1974, Switzerland) unfolds in a precise and geometric syntactic period – this two-dimensional kinetic structure is a great optical illusion created through a system of cables, engines and small metal rings.  Lastly, iron Tank 1: 10.000 by Michele Spanghero (1979, Gorizia) is an attempt to resemanticizing the objects, to dislocate a void on a spatial level and give it a form that is 10,000 times larger: a long low-frequency hiss. To remind us that form is a void and a void is form. 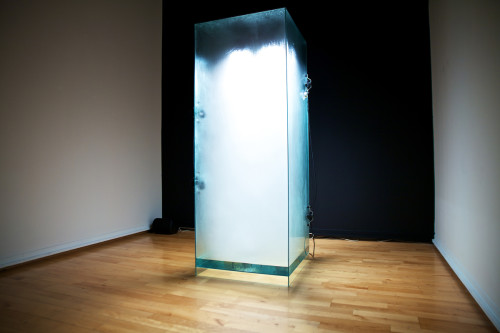 The evenings of 6 and 7 June were dedicated to musical expression and the performing arts, 4 shows a night. Shrill, biting sounds that were both brief and prolonged made with bits and strings and in part dictated by physical movements were generated by the Tosso, an electro-acoustic 6-stringed instrument tuned up by artist and performer Shingo Inao. A live set of music and noise by Emptyset with visuals by video artist Clayton Welham to absorb the sound or fasten and punctuate it. Towards 11p.m.the low-toned intimate and gliding sounds by Kanding Ray, that mix digital with analogical musical instruments created an atmosphere that goes from noise-pop and dubstep to experimentation at its purest. The evening of the 6th concluded at VibraClub with Dj Spinn who brought the «footwork» movement to Italy – an American style House Music he invented with DJ Rashad (who unfortunately died prematurely) filled with cesura and syncopation – the perfect dance floor music. On the evening of the 7th: Lumisokea, a Belgian-Italian duo performed a combination of dub, noise-techno, classical and concrete music that deceptively broke through physical space with luminous rays created by Yannick Jacquet/Legoman – antiVJ. We followed the life of a star with RolyPorter and visuals by James Ginzburg: rhythm and delicate introspection. Another immersive experience with the audio-visual landscapes created by Egyptrixx and Andreas Nicolas Fischer whose musical spectrum was reflected in the retinal spectrum and vice-versa. Lastly, at the Vibra Club with the absolutely eclectic Om Unit! The eye was more persuaded than the ear to be altered. 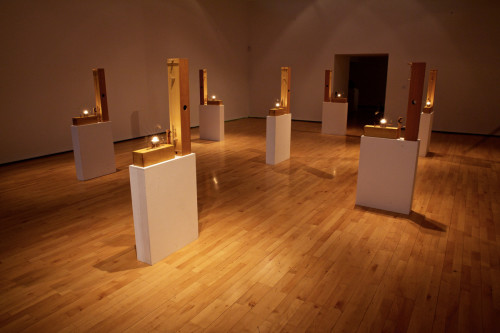