Upgrade in Progress is the first Italian solo show by Geumhyung Jeong at Fondazione Modena Arti Visive. The exhibition presents a new site-specific installation commissioned by Fondazione Modena Arti Visive, focusing on Geumhyung Jeong’s most recent project. The artist has won international acclaim in the performing arts for her choreographies that are both entertaining and disturbing, in which she performs alongside humanoid electronic devices. Combining different means of expression – dance, theatre, film and sculpture – the artist creates her works using a variety of prosthetic devices, mechanical and technological hardware, cosmetics and medical mannequins, including live performances “demonstrating” how her objects can be used. When presenting them in contexts dedicated to the visual arts, the artist arranges the objects in strange sequences and places them on pedestals inside brightly lit spaces, imitating scientific archives and museum collections.

Born in 1980 in Seoul, where she lives and works, Jeong studied acting at Hoseo University in Asan (South Korea), dance and performance at the Korean National University of Arts and film animation at the Korean Academy of Film Arts (both in Seoul). Right from the beginning of her career, the artist’s work has been dedicated to the study of the relationship between the human body and inanimate everyday objects through productions that combine languages and techniques from the fields of contemporary dance, puppet theatre and visual arts. 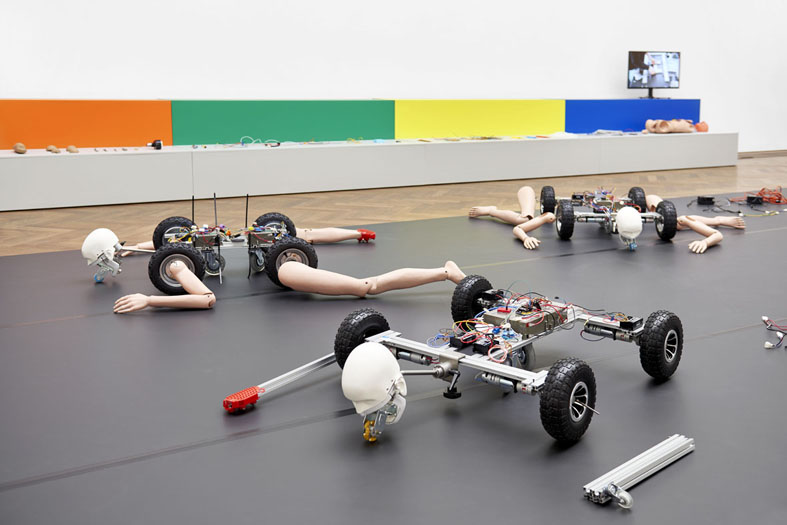 Her performative practice involves ordinary movements and reduces the specific codes and conventions of art and theatre to a minimum. During the physical interaction between her body and various objects, who is controlling who becomes increasingly ambiguous. What becomes evident instead is the artist’s exploration of the inexorable link between our bodies and the contemporary techno-sphere, the dominant model through which our everyday life is experienced. Questioning the false belief that we are able to control reality, Jeong’s works analyse the way the elusive and changing nuances of technological development manifest themselves, shaping our perception, conditioning our choices and our experiences of time and space. 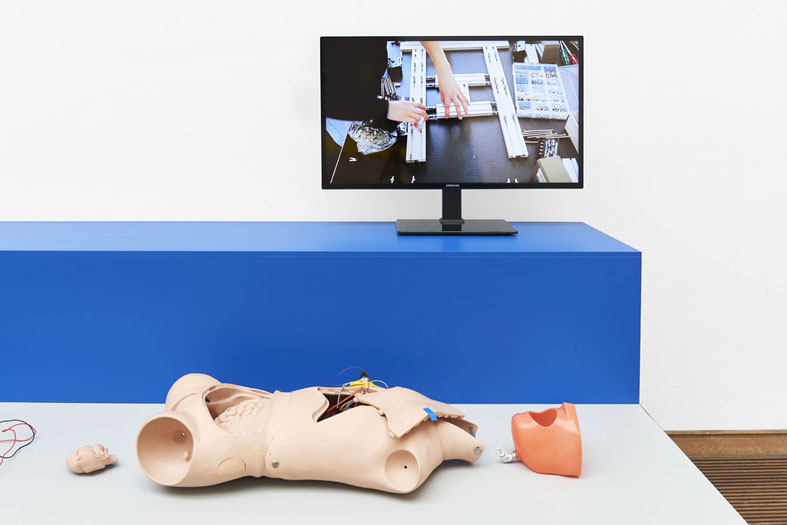 Upgrade in Progress is the latest development of Homemade RC Toy, a series of remotely controlled mechanical sculptures made by the artist in 2019 for her solo show at Kunsthalle Basel, and Small Upgrade, presented at the 5th Ural Industrial Biennial of Contemporary Art (Russia) the same year. As a result of the DIY creation of these objects, with components purchased online, and because Jeong has taught herself mechanical and programming codes, her “robots” are extremely amateurish and their movements, which are infused in an alchemic way by the artist, appear unpredictable and clumsy.

As the title of the exhibition suggests, this new group of works is a continuation of an allegorical narrative undertaken last year. These remotely controlled mechanical robots are built with visual and structural characteristics similar to those of previous “models”, but have a greater variety of movements thanks to a design that, in addition to increasing their flexibility, also controls the strange appearance of certain body parts. The sculptures are placed on a series of modular worktops that transform the rooms in the Palazzina dei Giardini into a single stage and, at the same time, into a workshop that the artist will use in a practical way during the exhibition. 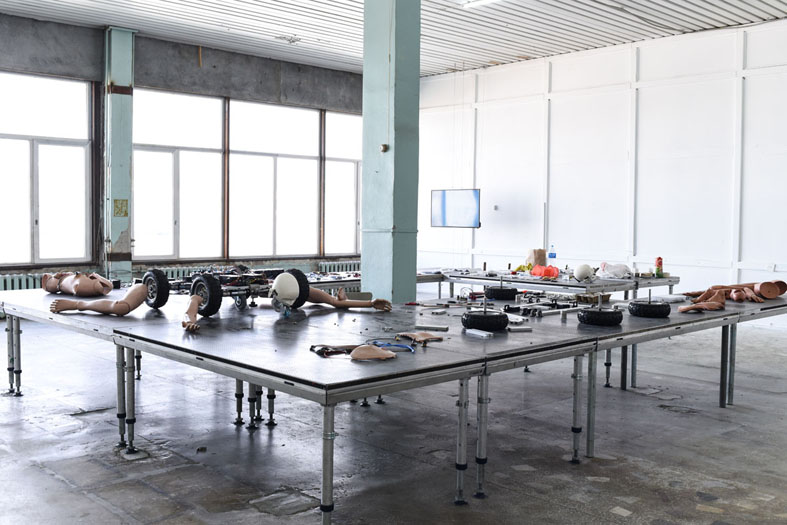 Thanks to this specific spatial setting, the work is not only a fixed representation of the place where Jeong carries out tests and experiments on her “toys”, but is transferred through the artist’s action into a series of videos acting as tutorials, specially produced and arranged along the exhibition itinerary.

As the curator Diana Baldon points out, “transforming this hyper-technological setting with the power of creative imagination alone, Jeong’s exhibition reveals what lies beyond the profound materiality of the technological body: a cage that needs to reappropriate both the mortal body and its control, which only the artist’s mind holds the key to“.