Videobrasil is a time-honoured institution with its Headquarters at Sao Paolo. It began its commitment to video art ahead of anyone else and has become a reference point on a global level, having presented artists that are now known throughout the world. It is currently home to a collection of archived material considered a unique source of knowledge in the area of video art and performance. The collection is filled with a wealth of information in terms of quantity and quality. It has been recently digitized and made available to the public. In these past few months, it has also been featured in the Unerasable Memories exhibition curated by Augustìn Pérez Rubio (artistic director of the Latin American Art Museum of Buenos Aires)and hosted in the buildings of the Sesc Pompeia centre designed by Lina Bobardi (1914-1992), the Italian architect and naturalized Brazilian citizen. 18 works are on display, including videos, installations, documentaries and recordings of performances by artists from Argentina, Brazil, China, Colombia, the United States, France, Morocco, Kenya, Lebanon and Zimbabwe which depict history as an act of resistance towards historical amnesia. The dramatic conflicts that were inflicted upon the entire world are called to form a large archive built with experiences which are personal, imagined, documented and experienced. 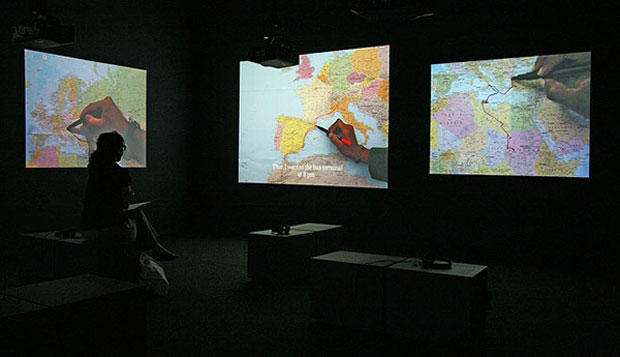 Vera Cruz by Rosangela Rennò (2000) is an «impossible film»  about the discovery of Brazil based upon Pero Vaz de Caminha’s letter to the King of Portugal, a testimony of the rift between  the Portuguese and Brazilian people. Barrueco (2004) by Ayrson Heràclito Danillo Barar delivers a means to tell of sea journeys through a performative approach. Projeto Pacìfico (2010) by Jonathas de Andrade draws upon fantasy to imagine Chile as being detached from the rest of the continent. We return to reality with the biographical notes of Face A Face B (2002) by Rabih Mrouè (Lebanon) in which his personal photographic archive includes images of his former home in Beirut, destroyed by a missile during the Lebanese Civil War that lasted from 1975 to 1990. This war is also remembered in The Loudest Muttering is Over: Documents From the Atlas Group Archive (2003), a work by fellow Lebanese artist Walid Raad. 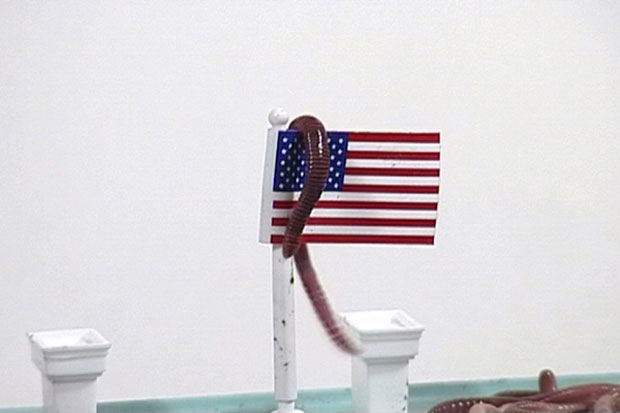 In this House (2004) by Akram Zaatari (Lebanon) focuses upon the personal implications of the Israeli invasion of a small village in Lebanon. Untitled (Zimbabwean Queen of Rave), the 2005 work by Dan Haltzer (Zimbabwe) tells of the African demonstrations through the voice of a popular native singer. Lucharemos Hasta Amular La Ley (2004) by Sebastiàn Diaz-Morales (Argentina) recalls the conflicts interpreted through the way the media always turns everything into a spectacular production. American politics makes its appearance with Casa Blanca (2005) by Argentinean artists León Ferrari and Ricardo Pons as well as in the performance by Coco Fusco in Study #1 (2005) where he embarks on the impossible mission of cleaning the streets in front of the American Embassy in Sao Paolo with a toothbrush in memory of the humiliations inflicted by the American Army. The 9/11 attack on the Twin Towers in New York is recalled in Letter to My Father – Standing by the Fence (2005) by Carlos Motta (Colombia). Mapmaking is the foundation for the installation Four Selected Videos from The Mapping Journey Project (2008-2011) by Bouchra Khalili (Morocco) in which immigrants tell of their adventures during their voyages that lasted months and even for years. The stories continue their journey to the Indian tribes with Arca dos Zo’e (1993) by Vincent Carelli (Brazil), of African racial experiences in My Possession (2005), a work by Mwangi Hutter (Kenya), and O Samba do Crioulo Doido (2013) by Brazilian artist Luiz de Abreu. 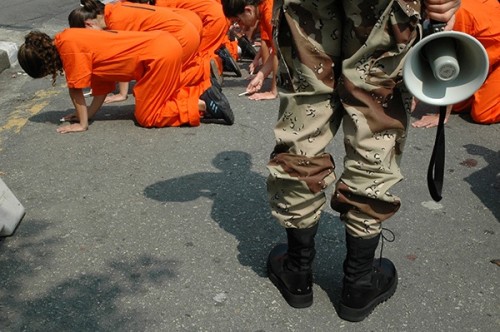 Brazil returns in Guerra Desconhecida (1985) by Enio Staub, a denouncement of the situation unemployed workers are experiencing as a result of the construction of a railway system in southern Brazil upon the orders of the National Army in the early 20th century. The works bring to light the conflicts that history attempts to forget with total amnesia. This is illustrated in Memory (2010) by Liu Weiand the younger Chinese generation, who reject knowledge of the dramatic incident that took place in Tiananmen Square.

In this digital era of ours, memory is becoming increasingly important. Filing, cataloguing and mapping data are actions that are much more political than one would think. Remembering means writing history at the service of a future date. Aside from remembering well-known episodes and making them understandable on an emotional level, art can also intervene where history has left some empty chapters behind. If memory is able to occupy visible space at a later time in the world of communication, then cancelling these recollections would be practically impossible. 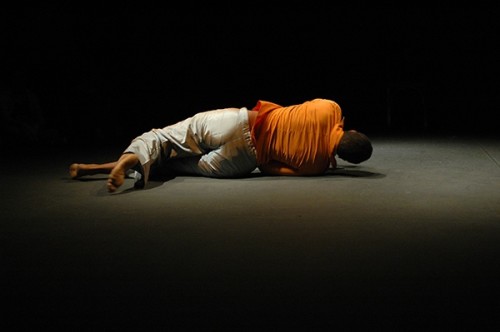 Unerasable Memories is an exhibit that draws upon the Videobrasil archives for the very first time. Only a small amount of the wealth of knowledge available is used for this exhibition since the archive contains 3000 titles that include works of art, documentaries, documents, recordings and publications. The recent opening of an online platform has made much of the material available to professional curators, artists and art aficionados.

«Uneresable Memories», curated by Augustìn Pérez, Secs Pompeia, São Paulo, Brasil, until November 30, 2014. For the occasion of the eve of the conclusion of the exhibit, an encounter with artists Rosângela Rennó and Ayrson Heráclito along with curator Agustín Pérez Rubio has been scheduled on 29 November at 4:00 p.m. (Brazilian local time).