Noise is Full of Words at the Romaeuropa Festival

For Romaeuropa Festival: DIGITALIVE18, VOID presents a lengthy performance permeated by dialogue between sound, technology, and the performer. The collective VOID is based in Bruxelles and was founded in 2013 by Mauro Vitturini and Arnaud Eeckhout. It is well-known for its installations and performances exploring, in different ways, silence and sound as visual mediums, which are then challenged by perception and human interaction. 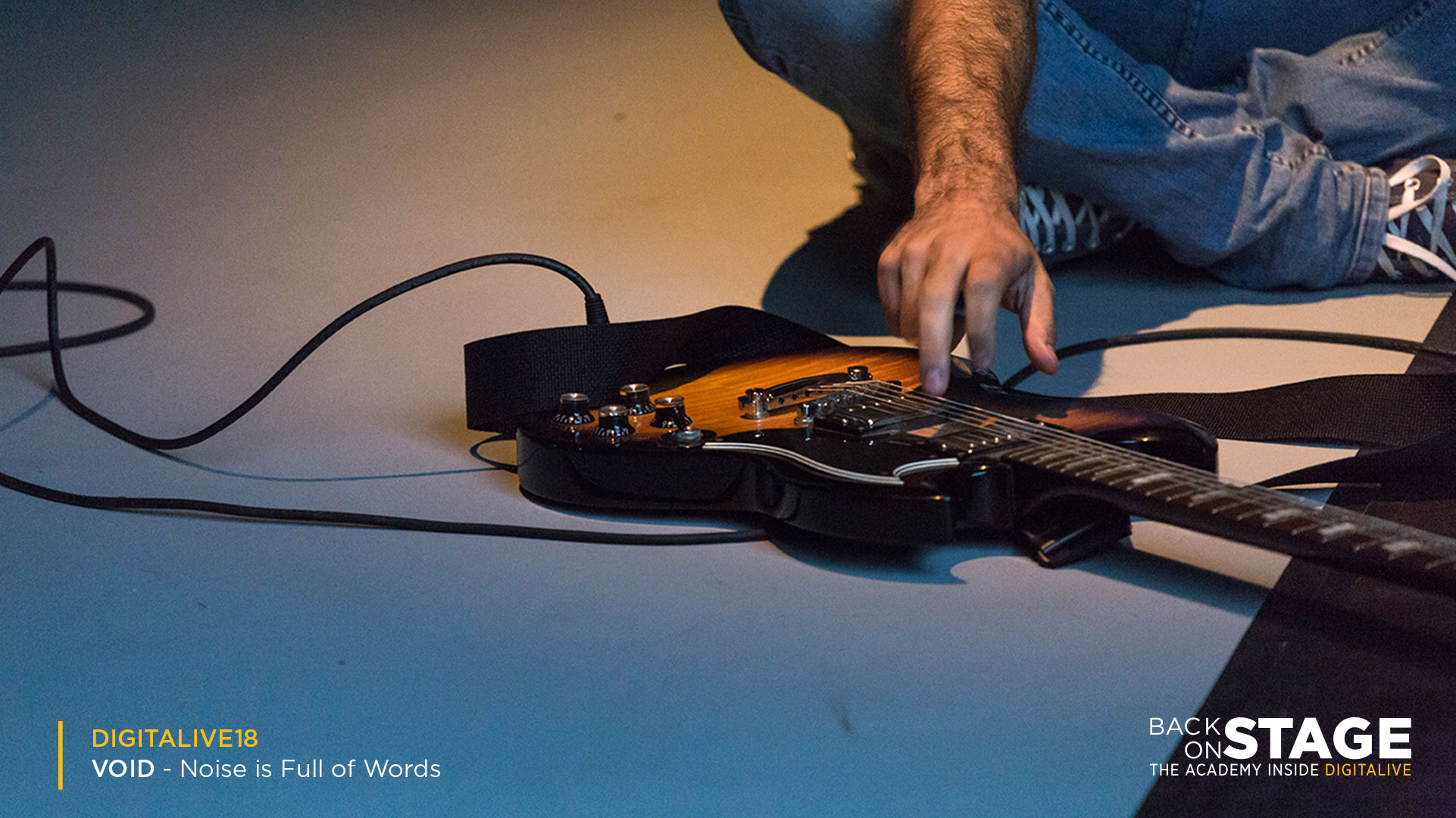 A real time voice recognition software registers what it perceives and understands from the sound produced by a musical instrument. «The performance is continuous, with visitors able to access it at any point and free to stay as they choose, for just 5 seconds or even 1 hour.» This is how VOID presented their work. The musician in the room invites spectators to freely move in space, exiting and re-entering at their leisure. Noise is Full of Words can begin, a continuous dialogue between sound, voice recognition software and performer. Words appear on a screen, written as an unrestrained stream of consciousness, absurd and meaningless, the result of a simultaneous interpretation by the application. All this occurs while the musician experiments, playing an electric guitar and producing sounds and vibrations nearby. 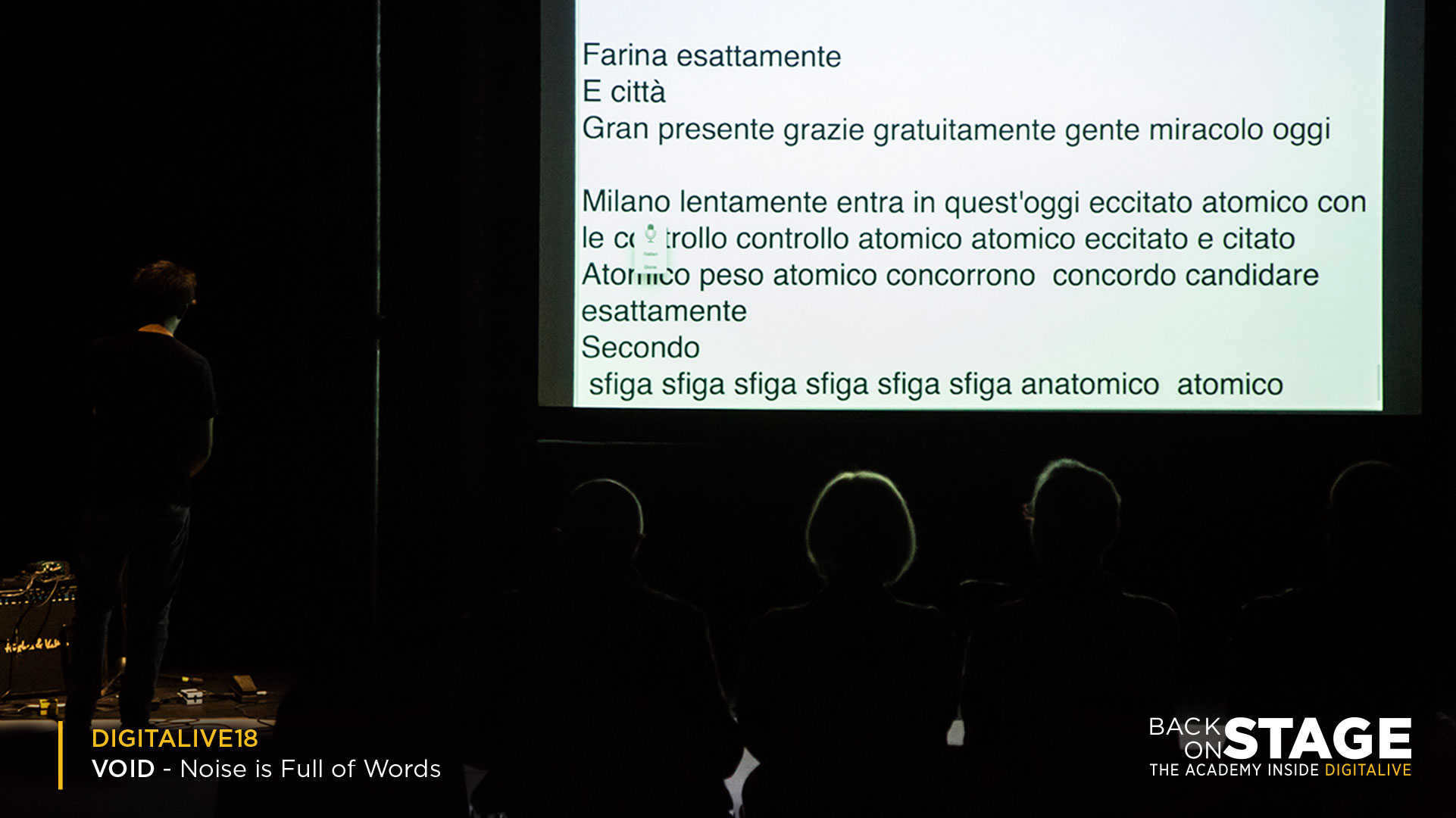 The programme, which was created to interpret the human voice, is employed to decipher and comprehend sound mass and emissions. The result is a translation into a set of words and sentences. «The performance has a strong ironic component given that the voice recognition software will write unpredictable words and sentences». This is how the collective VOID describes the programme’s actions which, in fact, by interpreting, self-correcting and sometimes not even understanding yet still manages to create sentences with meaning. These, however, are strongly ironic, making visitors laugh. The text – the outcome of technical problems – will later be printed as part of a book. 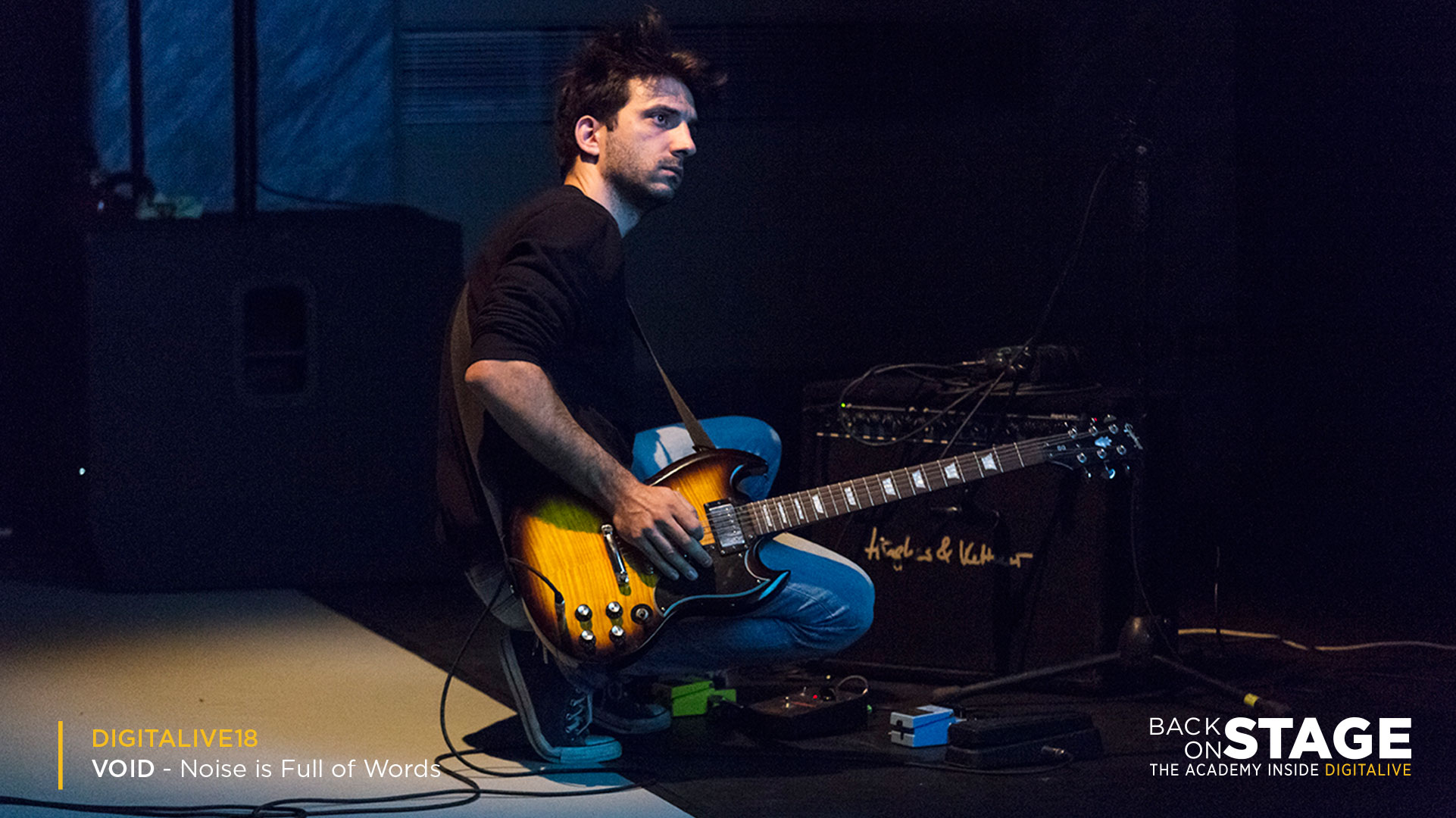 Sound is always present, so that it is taken for granted, but it has a significant impact on the senses and interferes with perceptions of reality. Human beings have always created new languages and forms of expression through sound, and with technology this process has become increasingly dynamic. An unknown language is immediately sensed by human ears as a simple noise. Words are noise. Noise is Full of Words, replete with sounds and words, is perhaps the context in which a new language can be created or simply a misunderstanding arising from a technical problem. This is how sound becomes, for Mauro Vitturini and Arnaud Eeckhout, a research instrument and the focus of their work.

«Installations, sculptures, performances, books, drawings, public works… the means don’t matter; the important thing is to remember that everything is possible, or rather, that nothing is impossible». From 5 to 6 October, VOID’s performance staged at the Pelanda focused attention on the relationship between bodies, software and machines.