Whatever Happens in a Screen Stays in a Screen is Chiara Taviani’s digital experiment for Residenze Digitali, a medium-length film published in seven episodes.

With “Residenze Digitali” Chiara Taviani was able to extend her research with the digital, which started during lockdown, bringing together on the screen her multifaceted experience – from dance and choreography to theatre – her strong interest in cinema and her continuous commitment to gestural research.

Each episode revolves around a character who tells us about himself/herself through interactions with a succession of still images – situations, internal and external landscapes. Through the performers’ gestures and poses, the images become almost alive; we expect them to come alive at any moment. Sometimes it is the images that swallow up the living figure into the digital matter.

The story-telling mode, which follows a constant rhythm throughout the various episodes, employs sound, text and a visual component, sometimes even playing with the proportions of the living figure inhabiting the scene and the still images. 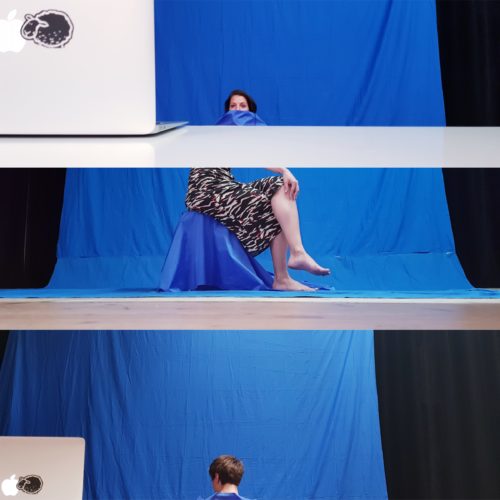 As well as experimenting with the transposition of theatre into the two-dimensional space of the digital environment and into film format, Chiara Taviani’s project is also, and above all, an exercise in imagination, a device from which to look beyond – beyond the screen, beyond the image, beyond reality itself.

The images come to life, and the contact between us and the characters also comes to life. In their gestures, the performers are always careful to make eye contact with the (online) audience, each in their own intimacy in front of the screen. There are also other means that help build the illusion of facing a world beyond the device’s window. Simone, the protagonist of the third episode, for example, touches the screen from his side of the world, leaving behind his handprint.

Then there is another issue that revolves around ‘time’, the relaxed time of contemplation as regards the rhythm of individual scenes, but also the viewing time, perfectly adapted to the attention limits imposed by the digital – within and not exceeding eight minutes for each episode. 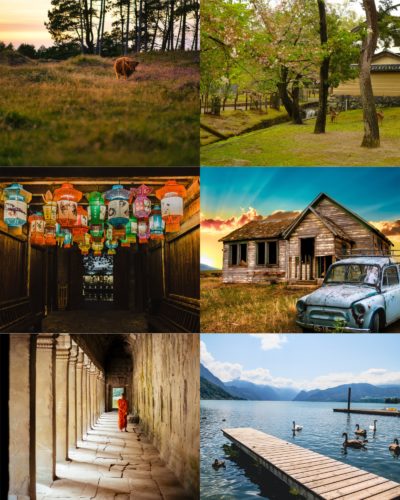 The episodes were published individually on each day of the week when Residenze Digitali was open to the public online. A scheduled appointment that, also offered in a flexible format which allowed each episode published throughout the week to be watched again, re-established a formula, albeit a different one, of contact with the ‘liveness’ of the event, even though it was being viewed on Youtube. This is an important reflection about an experience that asks the artists to experiment with the ‘contamination’ between the performing arts and the digital space, and the organisers, who are currently extending a decade of experience in theatre and the performing arts, to connect with the public using means that can function as a link between the theatre’s physical experience and its translation into the online experience.

The fact remains that Whatever Happens in a Screen Stays in a Screen and Chiara Taviani now wants to extend this experiment to the theatre, its audience and its possibilities of experimenting with the scenic device – a real contamination project.