They signal their presence, discussing and reacting to the sound of bombs going off, soldiers marching.

They become, in their own way, aware of the atrocities of the First World War and the massacre of the colonised Africans: with a kindness and sweetness that only children possess.

Can the horrors of war be conveyed to children? 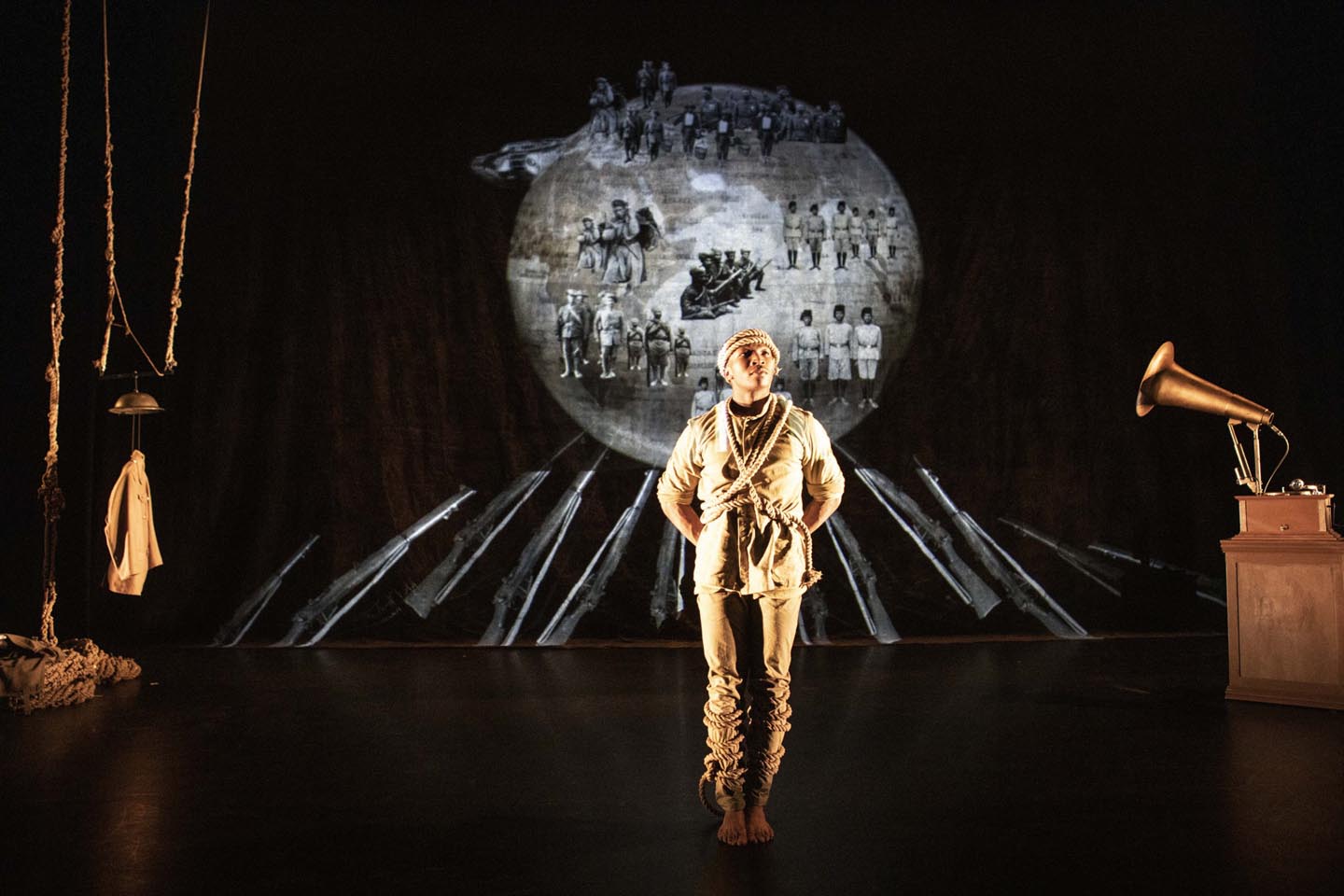 It’s 11 o’clock on Sunday morning. They enter the theatre with enthusiasm, find their seats and sit down.

They see Marlene from afar and say hello, hoping to play with her when the show is over. Marlene was in their class last year, but they haven’t seen her for a while.

The theatre is still not full. They joke, they smile, they challenge each other to a battle using their fingers.

The same hands will soon move to the sound of music to mimic the larger hands of Mother Earth, from which an anonymous colonised person will be conceived and die, forced to enrol in the army. Hands dominate the show, fascinating the young spectators.

Hands and feelings: these are the protagonists of the show about to take place and in which they will play an active part. Young spectators capable of transforming play, movement and perceptual stimuli into knowledge.

Darkness in the theatre hall.
Whispering in a friend’s ear.
Shared laughter.

Their participation is active; it involves both physicality and concentration. The young spectators lean over the seat in front of them to get a better view of the performance, letting their bodies get caught up in the music, copying the performer’s movements, ignoring the sound of bombing. 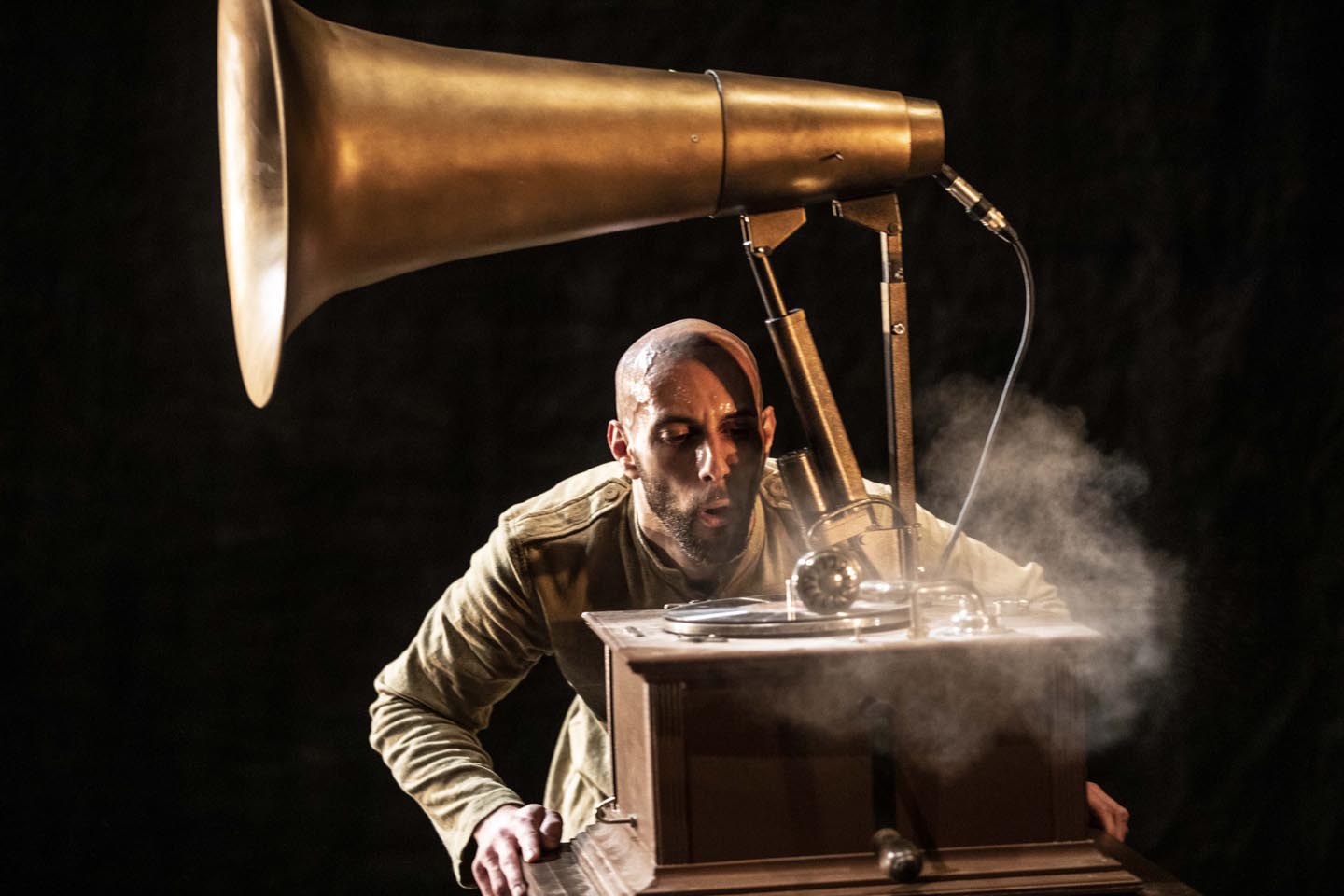 Chotto Xenos’ performance does not make use of Rodari’s “weapons”, those of cheerfulness, but is an intense choreography performed by dancers Guilhem Chatir and Kennedy Junior Muntanga.

These are not the weapons of cheerfulness, not “the gun that only goes boom but doesn’t make holes” or “the small cannon that shoots without even making the table shake”.

Clara and Elena confront each other, whispering comments in each other’s ears.

And they applaud, clapping a lot. They give a standing ovation.

Text and video of this article were realised on occasion of Chotto Xenos by Akram Khan Dance Company on September 26, 2021. within Romaeuropa Festival 2021 as part of  AUDIENCE ON STAGE, fourth edition of BACKSTAGE / ONSTAGE ‘, a multimedia editorial project realised in a partnership  between the Rome Fine Art Academy, Romaeuropa Festival and Arshake.