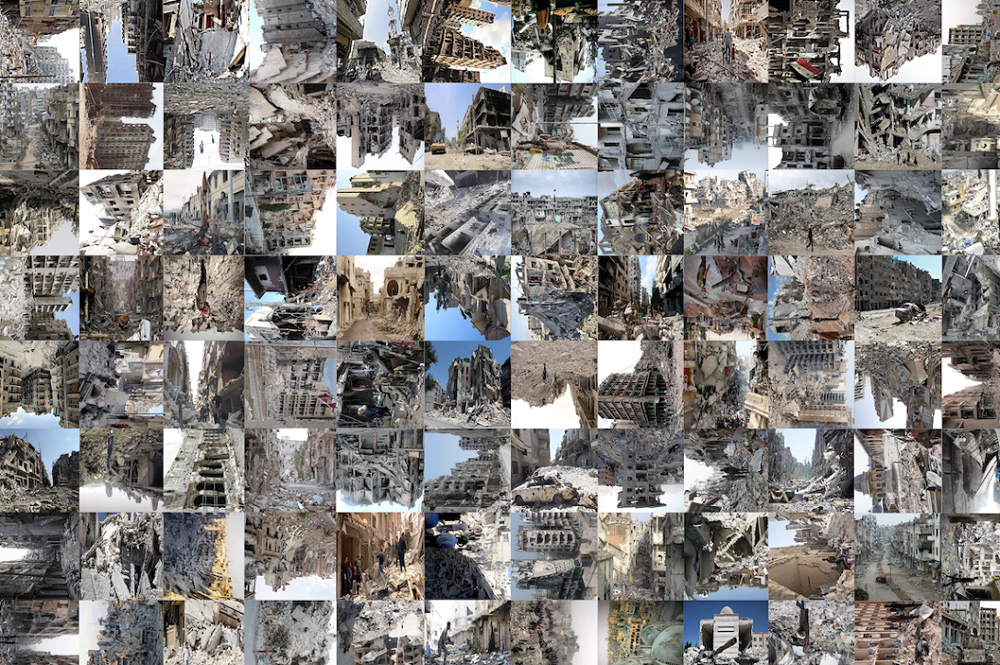 Testimoni dell’invisibile (witnesses of the invisible) is the term used by Jean-François Lyotard to identify artists who are capable of interacting with the immaterial and giving it form, at the time of his historic exhibition at the Pompidou Centre in Paris, Les Immatériaux (1985). The Testimoni dell’invisibile return in a project by Valentina Gioia Levy, one of the six curators invited to the Dakar Biennale. In works by Chai Siris (Thailanda), Emo de Medeiros (France/Benin), H.H.Lim (Malaysia) and Stefano Canto (Italy), imagination will be activated to materialise the invisible, in particular the invisible concealed in the weave of forgetful time, of information, of modern linguistic codes that continually create spaces and times. 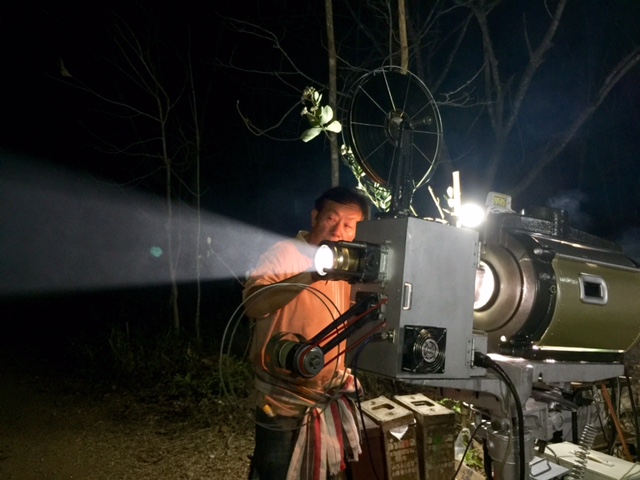 With The Man Who Waits 500,000 Years for this Song, produced for the Biennale with support from the Thai Ministry of Culture, Chai Siris reflects on the planned obsolescence of technology, and the less planned obsolescence of popular beliefs. He does this by turning his camera lens on open-air cinemas, popular during his childhood and later abandoned and often used for religious purposes, superimposing ritual on modernity.

The tapestries of Surtentures by Emo de Medeiros return to Benin’s ancient textile art form to replace traditional embroidered symbology with the linguistic codes of modern communication. Invisible to the naked eye, microchips that can send messages to smartphones contain the invisible portion of today’s world which structures society and architecture through communication. 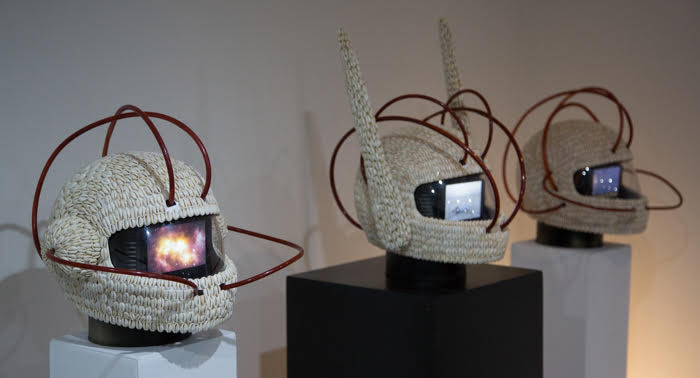 In H.H.Lim’s Living Room, images gathered from the internet present cities around the world destroyed by bombing in a single visual field. Transformed into wallpaper to decorate a living room, the images and their medium lay out the extremes of a paradox which becomes such as soon as the space is inhabited by visitors. 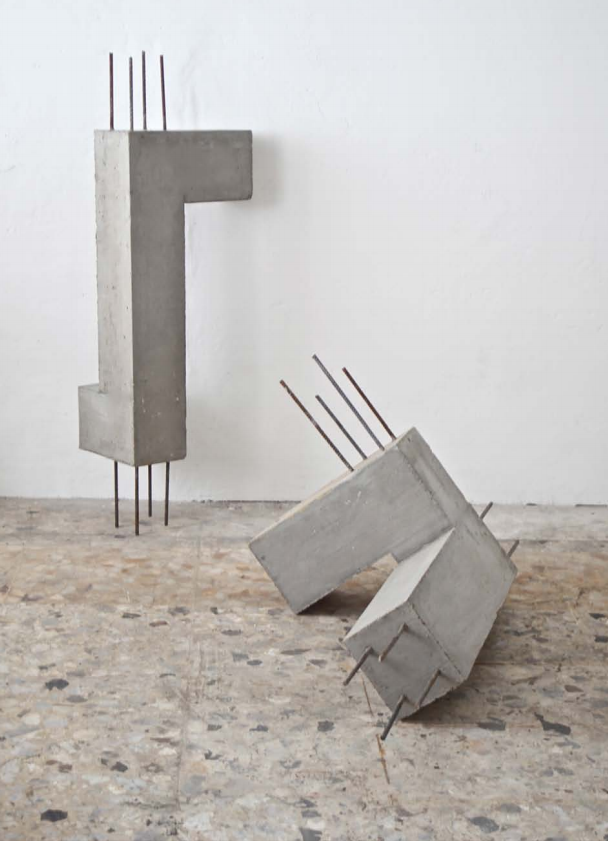 In Stefano Canto’s work, industrial building products from the realm of civil engineering – materials like cement and steel – traverse the channels of perception, losing their hardness and leading to imaginary spaces. The sculptures, created for the Dakar Biennale, build skeletons of destroyed cities. Their architecture is revealed by dancing bodies orchestrated by choreographer Ashai Lombardo Arop, bodies whose movement redraws their outlines.

Testimoni dell’invisibile by Valentina Gioia Levy is a project born as part of the Dakar Biennale, one of Africa’s most important art events since it began in 1989. This year’s edition, The City in the Blue Day, is directed by the Cameroon-Swiss curator Simon Njami, who chose as the title a line from a poem by former Senegalese president Léopold Sédar Senghor. Njami has invited six international curators to present a selection of artists from different geographical areas of the world.