Sense Sound / Sound Sense is an exhibition dedicated to musical scores, discs and the Fluxus movement’s relationship with music, and is the result of a collaboration between the Fondazione Bonotto and the Fondazione Musica per Roma. 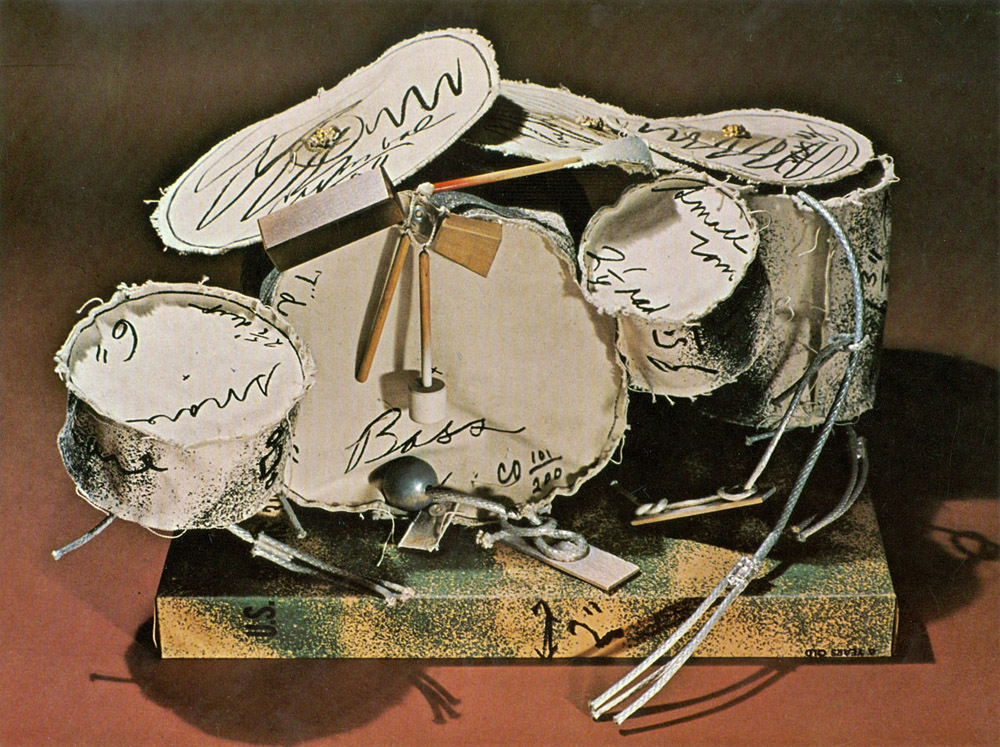 The aim of the show is to put forward an initial reflection on musical notation and scores in the context of Fluxus. The question of the notation of new performative methods and new music is undoubtedly not limited to Fluxus, Zaj and other experimental projects arising from the lessons of John Cage. It actually began well before this and expanded, with various divergences, throughout much of the last century.

Nevertheless, Fluxus – acknowledged in its time as one of the twentieth century’s most influential artistic movements and a precursor to entire tendencies (from conceptual to performance and video art) – was unique in that it accorded immense importance to the production of music, presenting all its public manifestations as “concerts” – but concerts that systematically demolished any generally accepted notion of form and content in music, targeting the obsolete cultural values and listening conventions of classical music, but also the “scientific” and pseudo-intellectual pretensions of the most forward-looking of its European classical and contemporary peers. 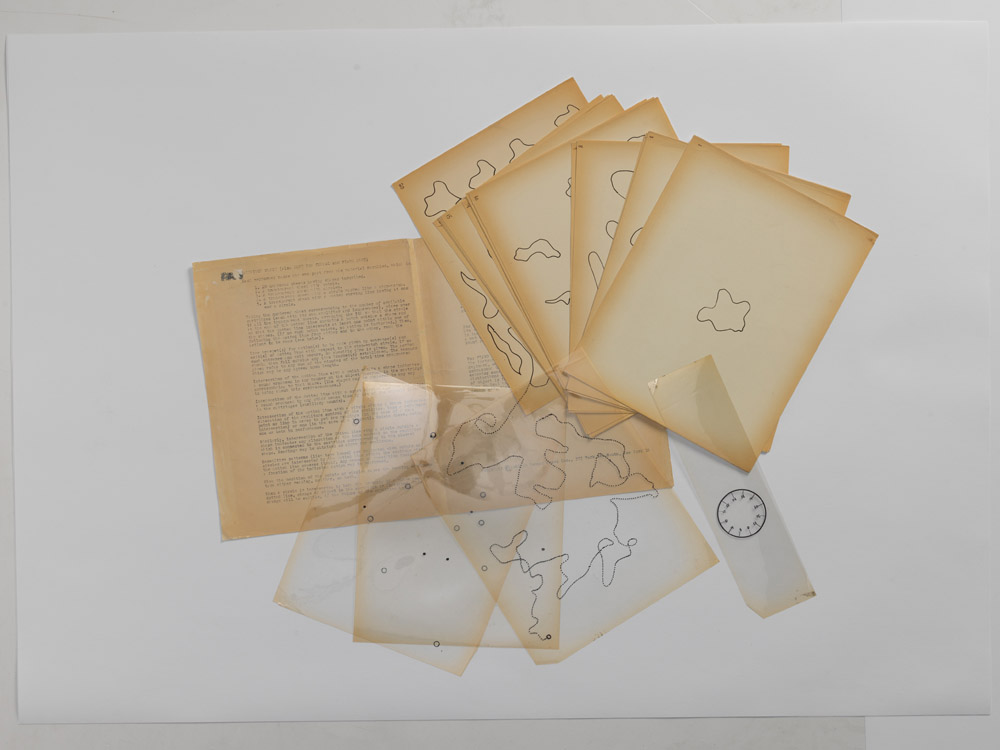 It is no coincidence that the term Intermedia was coined to define the rejection of separate categories of art, the singular fusion of poetry, conceptual art and sculpture and the cancelling-out of the distance between “musical” and “theatrical” performance evident in many Fluxus “events”.

The movement’s scores took an equally radical approach, becoming detached from the need to “represent” sound through special symbols and bringing notation into the field of graphics, poetry and visual art, until the score takes on the status of an autonomous and self-sufficient artwork, perfectly able to be superimposed on the purely “visual” art of the period. Graphic notations, which responded better to the demands of new music and attempted to block musicians’ conditioning by their musical training, and – even more so – the configuration of very brief written phrases included in many Fluxus scores, were also a response to the movement’s primary aim of bringing Art and Life as close as possible, de-professionalising and democratising the artistic experience. 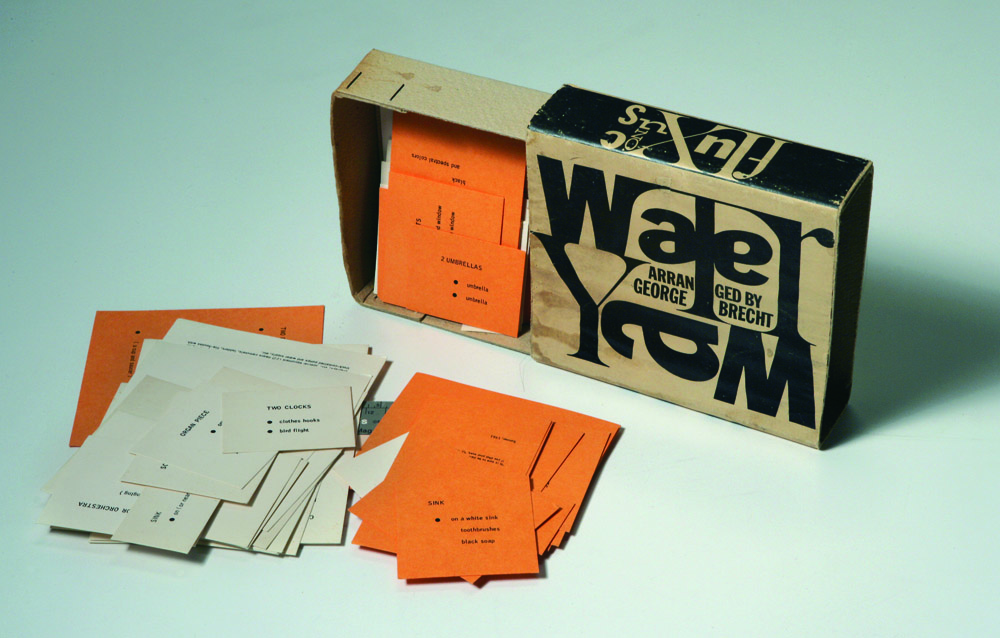 The scores for George Brecht’s “Drip Music” (“A source of dripping water and an empty vessel”), Mieko Shiomi’s “Disappearing Music for Face” (“Change the smile very gradually to no smile”), Yoko Ono’s poetic suggestions (“Listen to the sound of the Earth turning”) or Ben Patterson’s instructions for the various ways of producing sound with pieces of paper: when published at low cost in journals, these became an invitation to the reader to “produce them” himself or herself, and in doing so to find out that aesthetic experience does not need specialised training, and can spring from any banal everyday action. 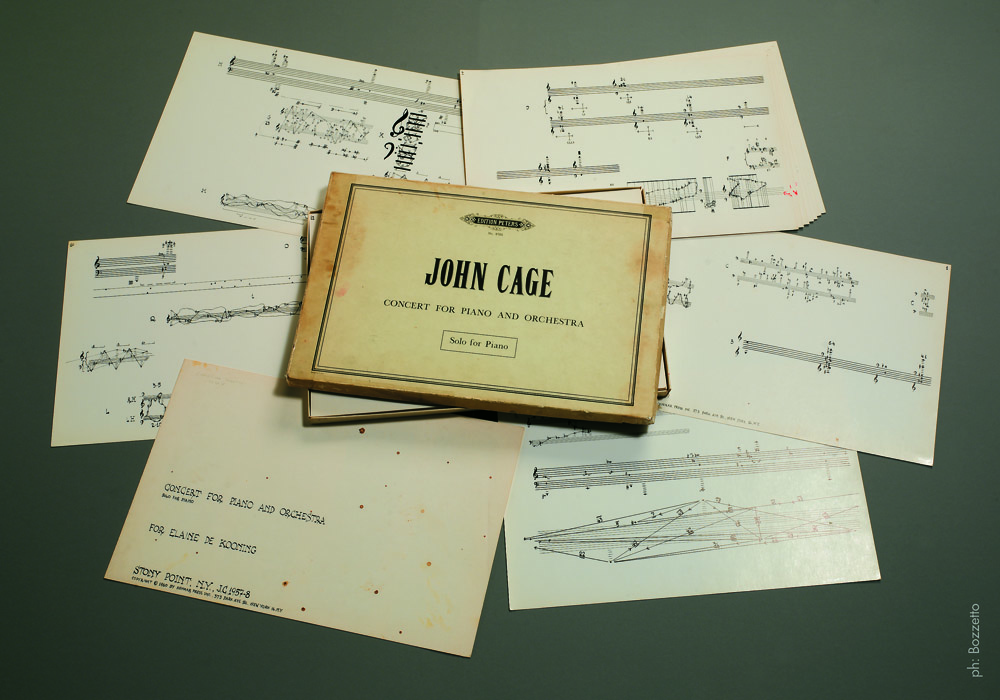 In 1969, John Cage, in conjunction with the Fluxus artist Alison Knowles, published  “Notations”, a formidable.    compendium of the innovations brought by international experimental music to the functions and methods of notation (consisting of an extensive collection of graphic scores by 269 artists from the Foundation for Contemporary Performance Art); this work has been identified as the starting point for the Sense Sound / Sound Sense project.

The exhibition will have a strong interactive technology component, in that it will be possible to hear or see a classic performance of each score. There will also be conceptual and sound sculptures, self-built instruments, original posters and documents, discs and artists’ books on musical themes.

The exhibition extends too to the Foyer of the Sala Petrassi, with the display of the 7 large canvases of the installation “Sette quartetti. L’oublie de Métamorphoses” (2009) by Gianni Emilio Simonetti. The entire exhibition will consist of materials from the Luigi Bonotto Collection. (from the Italian press release)

This is a Voice at the Wellcome Collection