by Caterina Tomeo
in focus 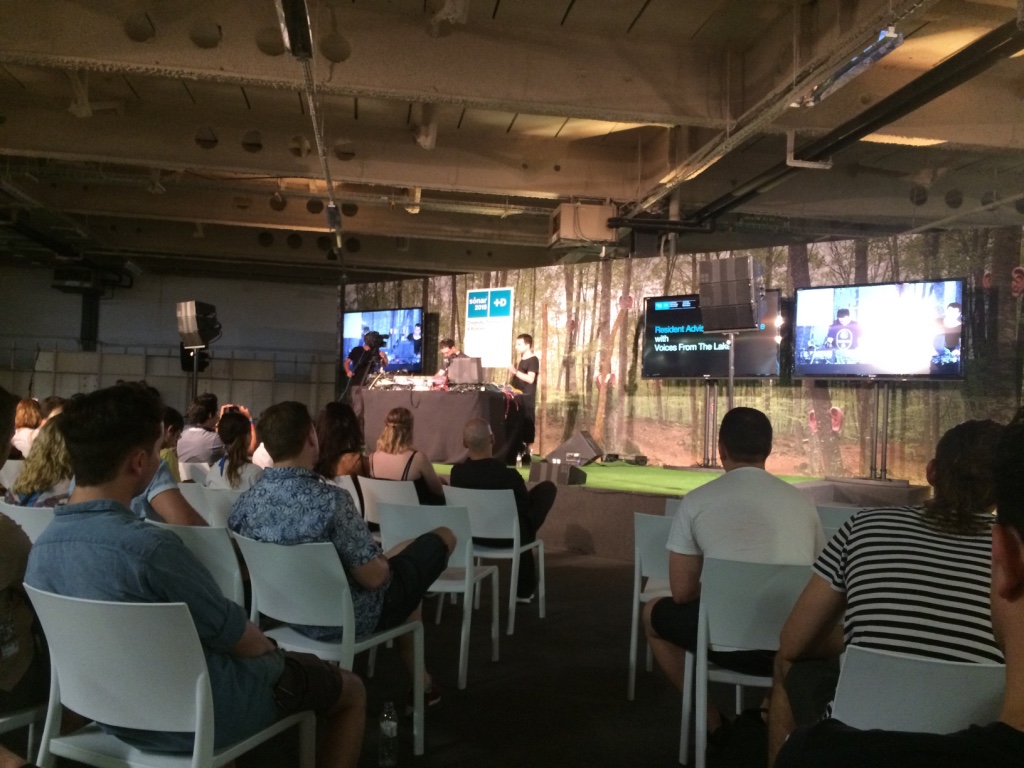 If someone had told me twenty years ago that I would return every year, I would have never believed them. And yet, I attended the 22nd edition of an event so great that I would never miss it. And with the same passion and curiosity that I had the very first time. Sónar Barcelona is a festival dedicated to music, creativity and technology but, above all, its unique atmosphere illuminates and sets it apart from a thousand other events. An atmosphere that guarantees the festival’s peculiar beauty and particular scene. This large-scale event presents outstanding contemporary researchers while involving universities and companies working within the sector. There is always a special focus upon innovation.

More specifically, Sónar + D combine various activities regarding a common theme: the relationship between creativity and technology, the digital transformation of the cultural industries. Sónar gathers hundreds of thousands of people every year, thus incentivizing tourism and promoting the culture of electronics and digital thanks to the sponsorship of the local Administration. A special mention is due to Mayor Ada Colau – social activist and founder of the Plataforma de Afectados por la Hipoteca – who was enthusiastically front and centre throughout the festival.

This 2015 edition (held from 18-20 June at the Fira Montjuïc and Fira Gran Via L’Hospitalet) confirmed the quality and the character of two decades of previous editions. Organization and services have improved as well. For example, the queues at the café and shop have vanished thanks to the adoption of the cashless payment system. The season opened with a programme of one-time-only concerts, DJ sets, live media and performances, productions and previews that successfully balanced shows by emerging artists with those by more established names.On Day 1, I had a chance to listen to the seductive and complex sounds of Skygaze – who inaugurated the SonarVillage – to then rapidly shift to the macabre, glitch noise and techno of the engaging Christian Kroupa, who performed in the SonarDôme. I was back at the SonarVillage to catch the Innercut’s post-dubstep and synthpop. 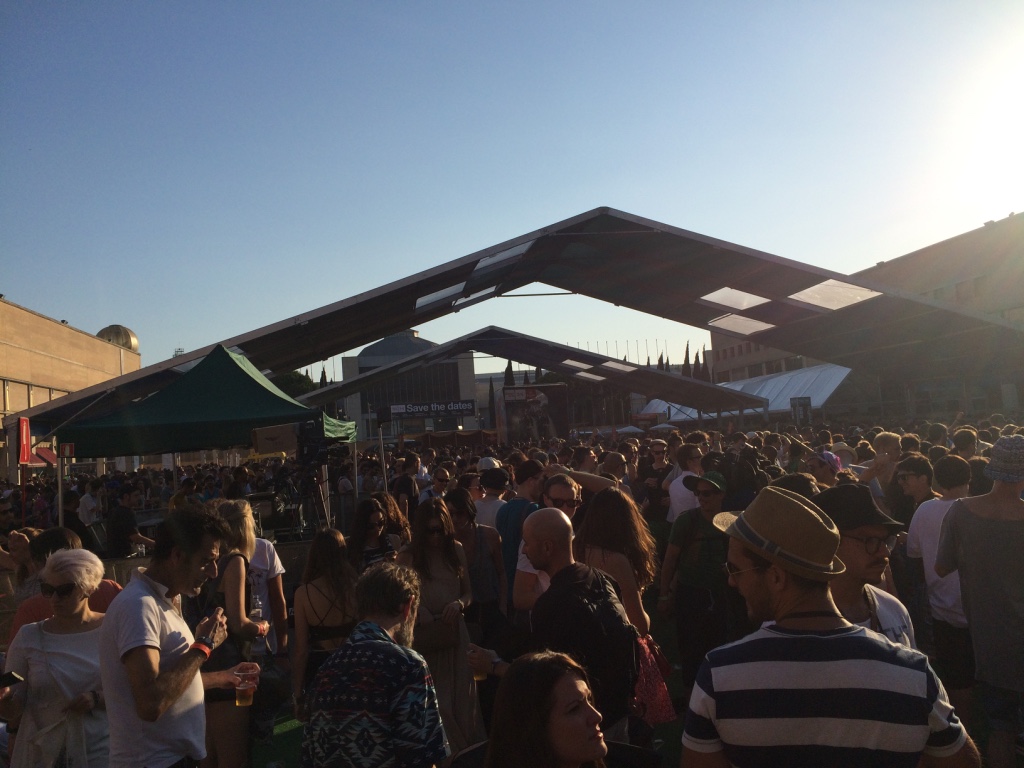 I explored the depths of Electronica with versatile Lee Gamble & Dave Gaskarth at the SonarHall and I watched the audio-visual performance by Kindness, Koreless + Emmanuel Biard, The Well, which lit up the Sonar Hall with beams of laser light and hypnotic sounds. Shortly after, Lorenzo Senni totally captured the audience by probing the ‘trance’, hard techno and rave genres with repetitive sounds, pauses and arpeggio melodies. The mix at SonarVillage was just as refined with Kasper Bjorke’s techno and post-disco musical influences. The live show by Autreche, the most important duo in the world of electronic algebra who seldom appears in public, was an extremely sophisticated rarity – performed in total darkness. The same could be said about the fantastic audio-visual performance by Joanie Lemercier & James Ginzburg: Blueprint.

Lastly, there was no lack of attention for the combination of pop, dance and Electronica with the Hot Chip Quintet who gave their live performance at the Sonar Pub. The appointments that followed were both during the day and at night with featured artists such as the great multimedia DAVIC Nod, the retro melodies of Olefonken, the visceral sounds of Russell Haswell and the multi-ethnic rhythms of Ossie’s DJ set. The “noir” live performance by Vessel – with astonishing visual support – blew the people in the SonarHall away with a multitude of techno and post-dubstep sounds and melodies while the performance by Squarepusher explored unreal and brutal sounds, all of which were accompanied by the magic of images and excellent acoustics. The night gratified an enthusiastic audience with the participation of much anticipated guests from A$ap rocky and Hudson Mohawke’s hip pop to the unparalleled performance by Jamie XX and pianist Francesco Tristano. 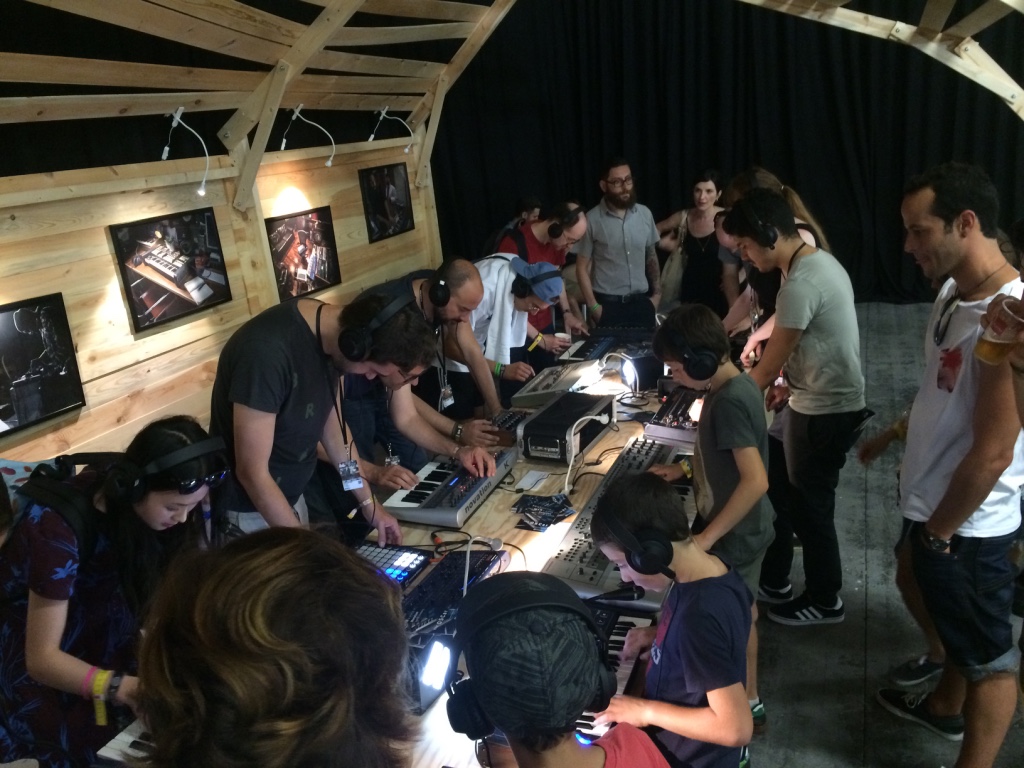 The best choice for the finale ended up being Roman Flugel who wrapped up Day 2 at the Sonarcar with dance-floor rhythms that got everyone in a great mood. Among the many artists hosted on closing day, there was a DJ set by Downites who opened the Sónar by day with a combination of synthetic funk, R&beats and hip-hop – the mystical live shows by Bosaina and Lost Twin and Mika Vaino who created soundscapes of commendable beauty.

Tourist upped the beat by transforming the SonarHall into a dance floor with an emotional sound while Evian Christ was only a few hundred metres away performing his theatrical light, projection and smoke show followed by a live set with Holly Herndon who created a rich collage of sound and vocal details. That night the Festival was all over the page with the finest on the international scene: from Duran Duran and Cashmere Cat to Flying Lotus and Scuba. But it wasn’t until the Chemical Brothers came on that it was filled with joy and laughter. Sónar concluded at 4:50 on Saturday night with a set by Laurent Garnier, who has been a resident DJ since the very first editions and the most admired artist on the contemporary Electronica scene. I didn’t want it to ever, ever end!!! Once again this year, I am satisfied and not a bit tired: Sónar is a meaningful experience and it always goes one step beyond. I packed a thought about it in my suitcase, as beautiful and unforgettable as this latest edition! 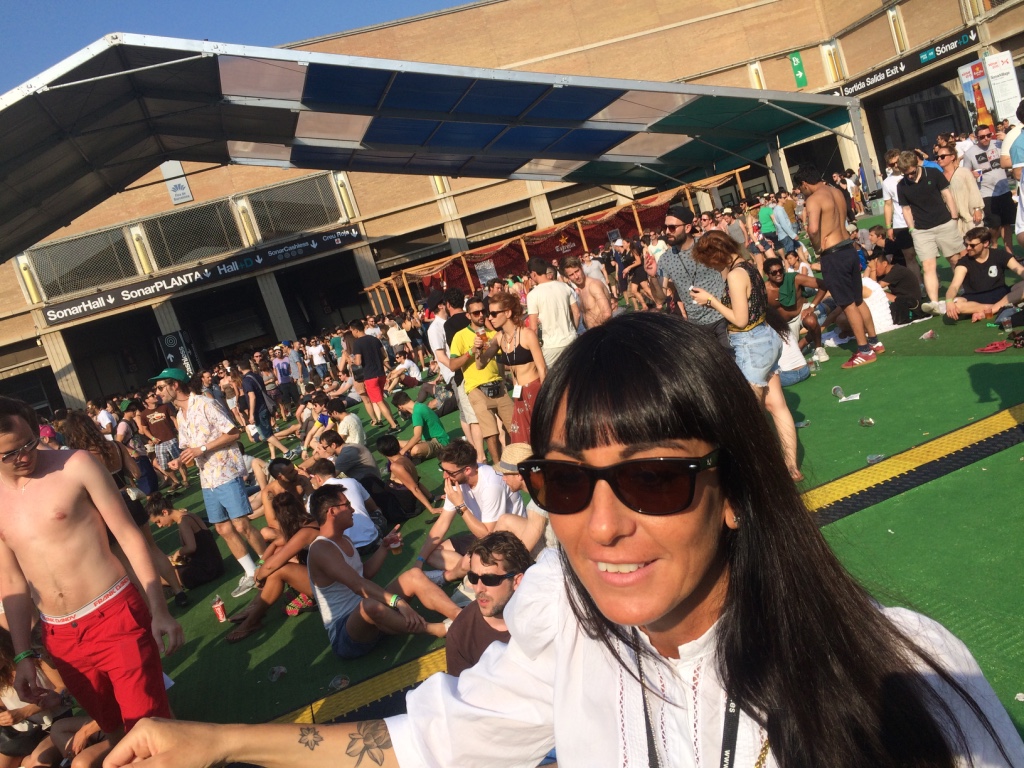