Along with the video-creative direction which embraces much of today’s art (for many artists, videos are at the core of their approach to exhibiting and it is increasingly open to the pieces of installation) and a solid revision of photography – //**Code_me_UP (2004) by Giselle Beiguelman, whose photography had become a mobile mould capable of being operated through the use of a mouse and keyboard resulting in motions and variable density[1], is one of the most significant products in this regard –, the dawn of a new millennium offers a diversified horizon that is difficult to decipher or classify. 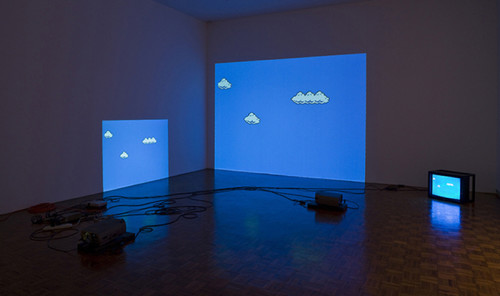 Ready to overcome all preset barricades emotionally or intellectually, the pieces presented by new media, between samples and mixing, copyright extensions and violation (ex.: Cory Arcangel’s Super Mario Clouds  and Life Sharing by 0100101110101101.ORG) collaboration, participation and appropriation, hacking, hacktivism and telepresence, take on increasingly fleeting connotations which are hard to label under a single atmosphere due to a continuous disciplinary convergence.

If one wanted to trace a series of continents in which artists move freely in order to work on the possibilities, the expansion of the mental and perceptive capacities of men and women, the risk of a progressive decline of individual and collective memory (which entails the possibility of cultural depletion), expressive multi-dimensionality and/or the interference of new means of communication on the current anthropospheric horizon, the possibility exists of singling out several phenomena, movements, environments and expressions that must take into account today’s art and lifestyle. One example of this is the increasing use of software which designs a multilingualism whose ubiquitous prefix seems to be an essential and, in some cases, inescapable expressive figure. At times we are looking at a pure linguistic stratagem. Others act as a gateway to a global audience which becomes an integral part of the work or Zündkerze of the artistic process. From a stricter collaborative angle linked to a creative procedure that favours the flow of the web, artists can adopt the interactive platform to create a multi-ethnic polyphony and get straight to the heart of what  Pierre Lévy defines as cognitive ecology, a programme «that proposes to study collective cosmopolites»[2]. 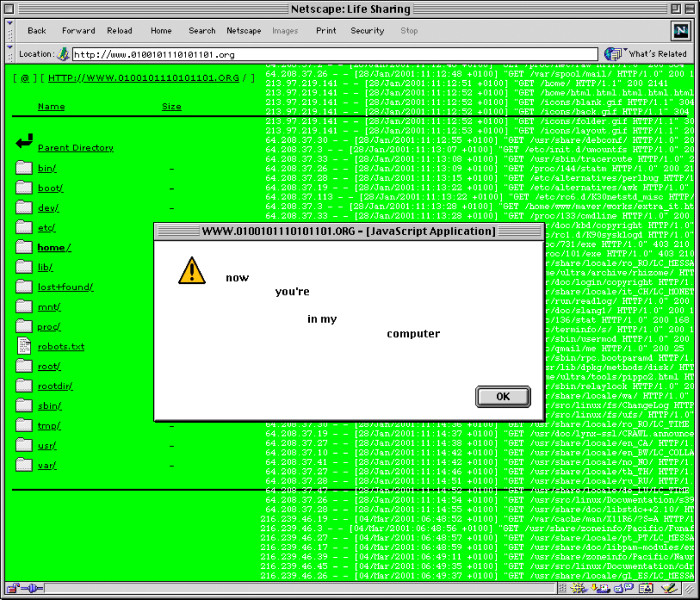 To a «constantly changeable (miscellaneous assortment) of hardware and software – servers, routers, PCs, database applications, scripts and files – all of which are governed by arcane protocols such as HTTP, TCP/IL and DNS»[3], even the body with its different latitudes makes its entry onto the broad field of art to draw upon a series of trends which aim to boost, substitute or stretch beyond physical limits through mechanical, chemical or electronic technologies. Such is the case of Stelarc who uses an electronic interface that allows the public to manoeuvre his limbs, suspending every autonomous will, thus becoming a brush in the hands of his interactive interlocutors[4].

There is also a collection linked to the aesthetics of the body which borrows several useful expedients from surgical skills in order to interpret the body as a biological sculpture in evolution, the result of which is a biotechnological exchange where the artist cultivates the cells of his own skin (ORLAN is an example) grafted with those of other people to bring his 2008 work The Harlequin’s coat to life. Genetic engineering and biotechnology (Transgenic art) find a special place in the world of art with the objective of manipulating several DNA molecules in the lab to create «unique living beings»[5]. 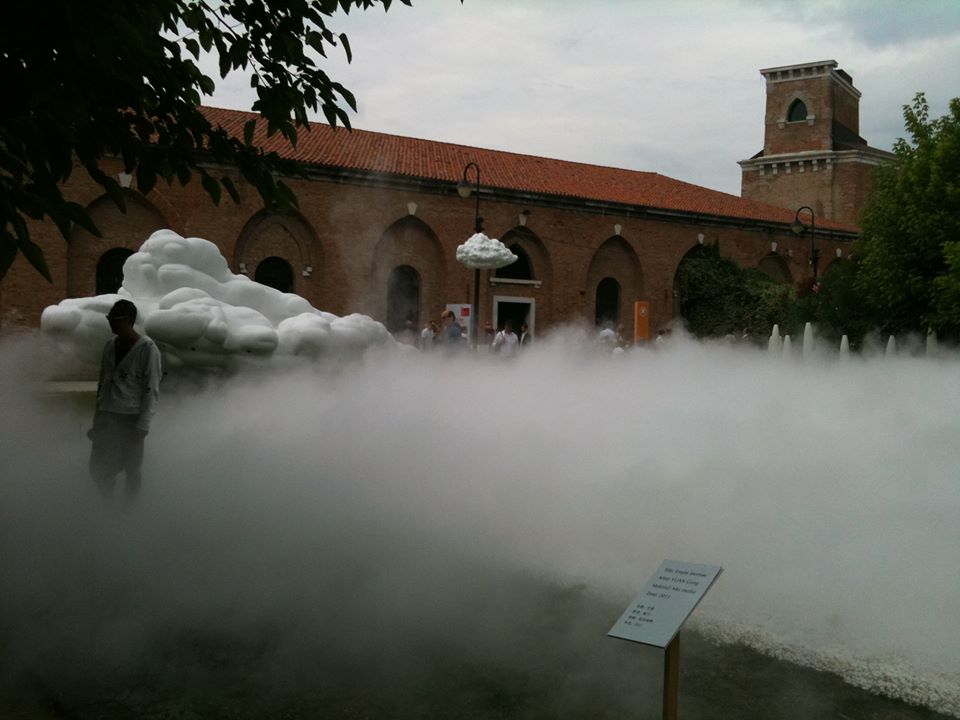 Among the most dynamic phenomena of the past twenty years we have the reconstruction of nature at the hands of several artists (Yuan Gong’s clouds of water entitled Empty Incense comes to mind), representing the latest step of a process that began with Land Art and comes to conceiving works that propose atmospheric agents or natural environments capable of arousing new emotions through the use of cutting edge technology.

Artists need new technology to manipulate (interpret) reality and create a scenario in which one’s glance is substituted by ‘vision’ and to a leap forward that integrates and summarizes an entire epoch-making contest under the total distinction of the image.

Artists use alienating (остранение is an essential tool for any artist) techniques, revolutionary and radical redevelopments of the world of icons in order to transform that which is ordinary into something extraordinary – into space that calls for contemplation and critical action. It is a type of (permanent and constant) rewrite of history without any categorical, a priori or regulatory construction. An exciting revivalism[6] in which the presence of the past – lightened by the new electrological frontiers (by multimedia devices) – becomes a reflection upon the present, upon a temperature that bites the tail of the future and places at the heart of the matter dynamic and fascinating experimentalism, spaces that display a captivating evolution (and, in some cases, an involution)[7]  of art and life.

As skilled masters of electronics, these artists shape a new linguistic collage that absorbs multi-shaped and multi-ethnic codes in order to validate a principle denominator characterised by an interdisciplinary and intercultural nature as well as to remodel the past, understand the present and imagine the future.

The Coming of New Media #4 is the last one of four appointments preceded by: