Against the cathode ray tube

Although recent restrictions have helped to hasten the still uncertain process of digitisation, contemporary art often seems to be subject to the analogue fascination with the cathode ray tube. While NFT and crypto-art have monopolised the debate, a steady stream of exhibits are still made with obsolete equipment. Wolfgang Stoerchle’s “Aritmici” section at the Macro, Daniele Puppi’s Ventiventuno at the Magazzino gallery, or Sonia Andresano and Sebastiano Bottaro’s double solo exhibition – Looper – at Spazio Mensa represent just a few recent examples in Rome. Well-known scenarios can be seen: white walls of exhibition spaces celebrate the worn out totem; loudspeakers emit tired, shrill tunes; images degrade, struggling to emerge from the screen – elusive and fleeting. Yet it is always there, stubborn, like an atavistic and unquestionable memory. 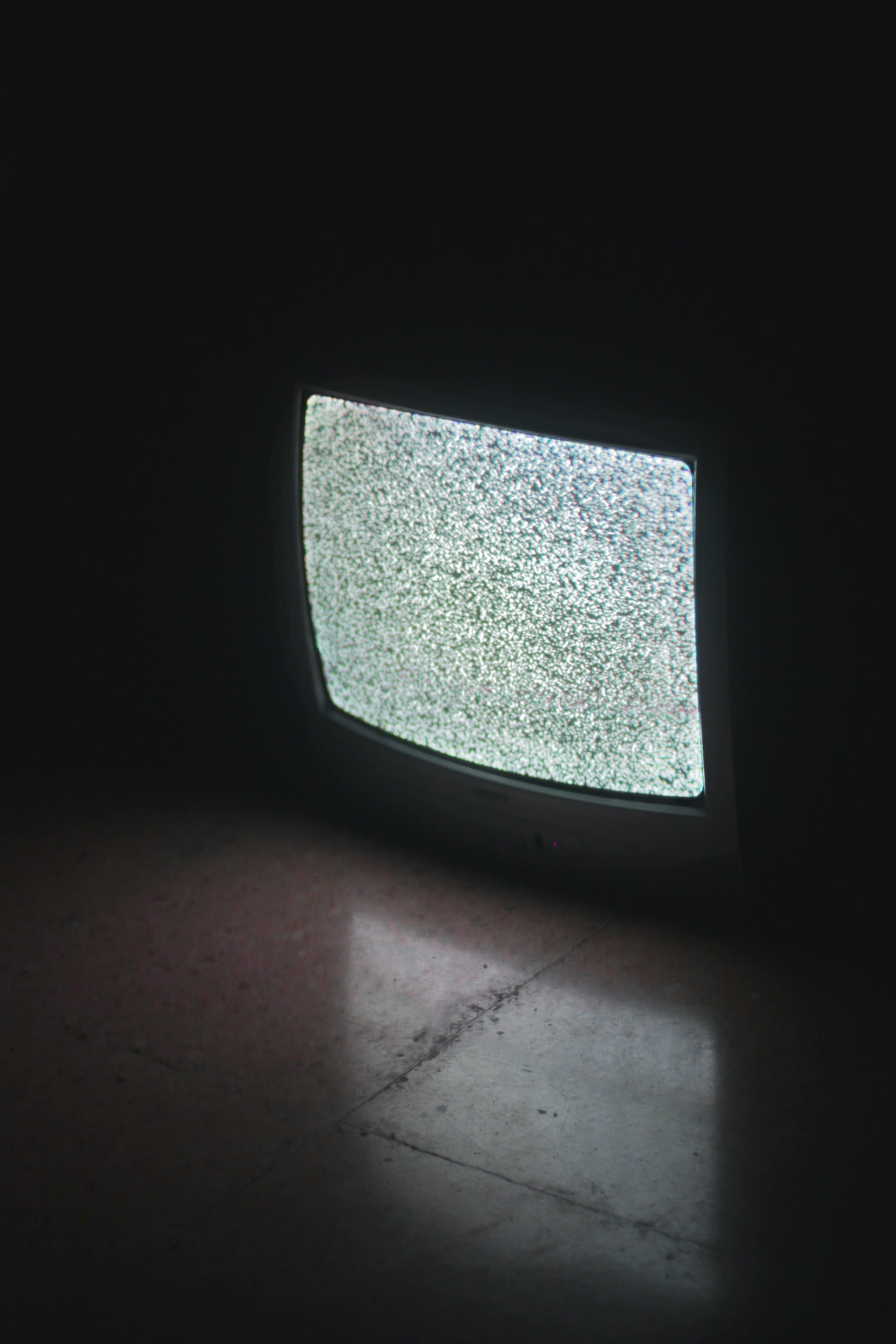 We seem to be addicted to cathode rays. In the era of high definition, cathode rays reclaim the poignancy of defects, the authenticity of imperfection. They satisfy the need to escape from everyday life, if only for a few moments. At the same time, however, they consolidate the paradoxical fascination with the démodé, confirming the continuous presence – rather than the return – of vintage. They represent the constant tension between uniformity and differentiation. They express what George Simmel defined as “the contradictory desire to be part of a group and simultaneously stand outside the group, affirming one’s individuality.” In fact, even contemporary art seems to disavow the digital revolution while also being part of it and dependant on it. After all, fashion is also the result of social fragmentation: exclusivity and closure to the outside world goes hand in hand with cohesion within the group itself. And it is then that AA batteries and scart adapters become precious commodities for artists and curators alike, while ultra-flat screens and bitten apples give way to the heavy physicality of the past, to hints of the orient resulting from arcane symbols and unpronounceable names. 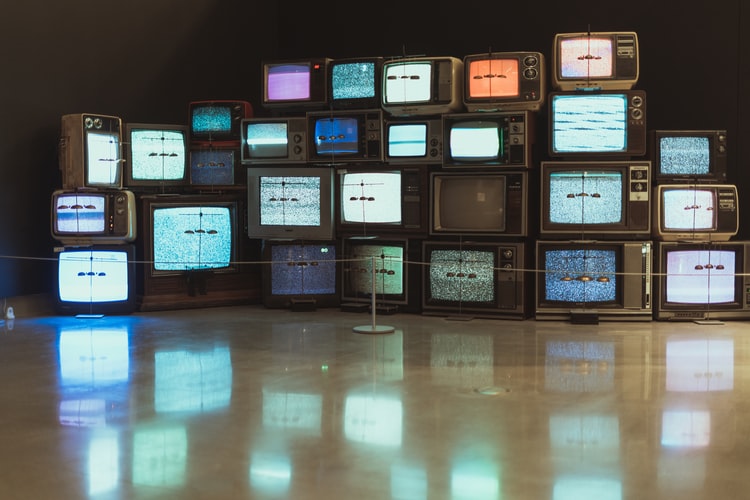 Perhaps it is precisely this balance that consolidates the irremovability of the cathode ray tube. It is no coincidence that both subcultures and contemporary art often rely on the near past. As if nostalgia for a vague purity is able to recognise and legitimise the present. While, on the one hand, it is true that the utopian potential of the medium can only be released at the moment of its obsolescence, on the other hand the timeless fascination with analogue sounds, as redundant as ever, is undeniable. It is not a question of exploiting the technical limitations of the analogue to one’s advantage: it is a convention, an automatism. The same applies, for example, to all those catalogues published with pixellated images. They respect a compositional pattern, they meet expectations and become the message. To speak of the emancipation of the medium risks being almost anachronistic and an end in itself. Claire Bishop pointed out that “the continued prevalence of analog film reels and projected slides in the mainstream art world seems to say less about revolutionary aesthetics than it does about commercial viability.” The concept of planned obsolescence is not questioned, nor are the possible socio-cultural consequences of digitisation addressed. This is also because – in terms of popularity and emancipation – museums should be crammed with works made using Tamagotchi, Nokia 3310 and pagers. But this is not the case. 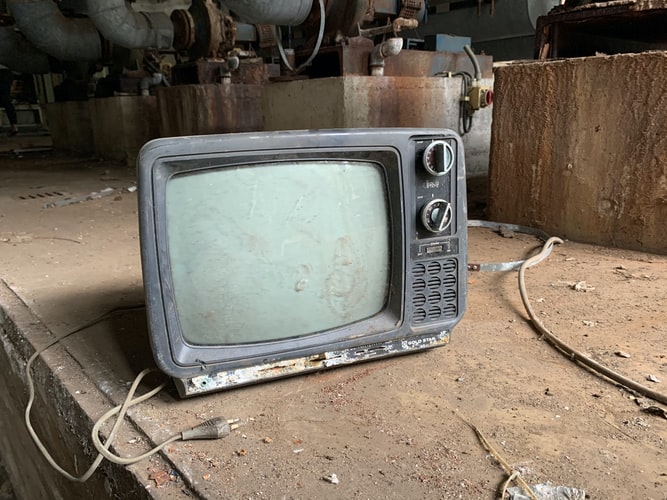 The cathode ray tube has become a constant and exclusive presence in contemporary art and horror cinema. Paradoxical as it may seem, in both cases we see – more and more often – the strict observance of the typical stylistic features of the genre. Homologation represents a certainty. It is no wonder that contemporary art can seem passé. Even the most extremist splatter films can be conservative in their own way. The need to belong slavishly follows tradition. The public is also largely responsible. In fact, contemporary life seems to be too conditioned by our obsession with the past. Regret satisfies the archival impulse, expanding into the market of memories. Sometimes memories are already used, second-hand, which is perhaps why they are so attractive. We experience the frustration of a seemingly unreachable future. Tomorrow has the appearance of a restless chimera. In this sense, the ‘Retromania’ theorised by Simon Reynolds, as well as the ‘persistent sleepiness’ described by Jaron Lanier, does not seem to be a phenomenon confined to the music scene. Vinyl, reunions, revivals and the experimental monopoly of cassettes are the other side of the same coin.

Of course, the past has always been in competition with the present. However, while nostalgia originally led back to a physical place, today it takes on an often approximate, undefined temporal meaning. Stock phrases are undoubtedly the most annoying and striking example. The various “it was better when it was worse” and “things used to last longer” punctuate our days like the worst summer hits. We continue to race towards the future with our eyes constantly turned backwards. Yet we have been warned: rear-view mirror syndrome increases the risk of accidents. At this point, perhaps, it would be better to slow down and look closely at what is around us. This is so we can grasp every detail, face up to and attempt to understand the surrounding reality. The hope being that, at least this time, the cathode ray tube will not be necessary.