An open debate at the CSAC Museum-Archive.

by Martina Rossi
in focus 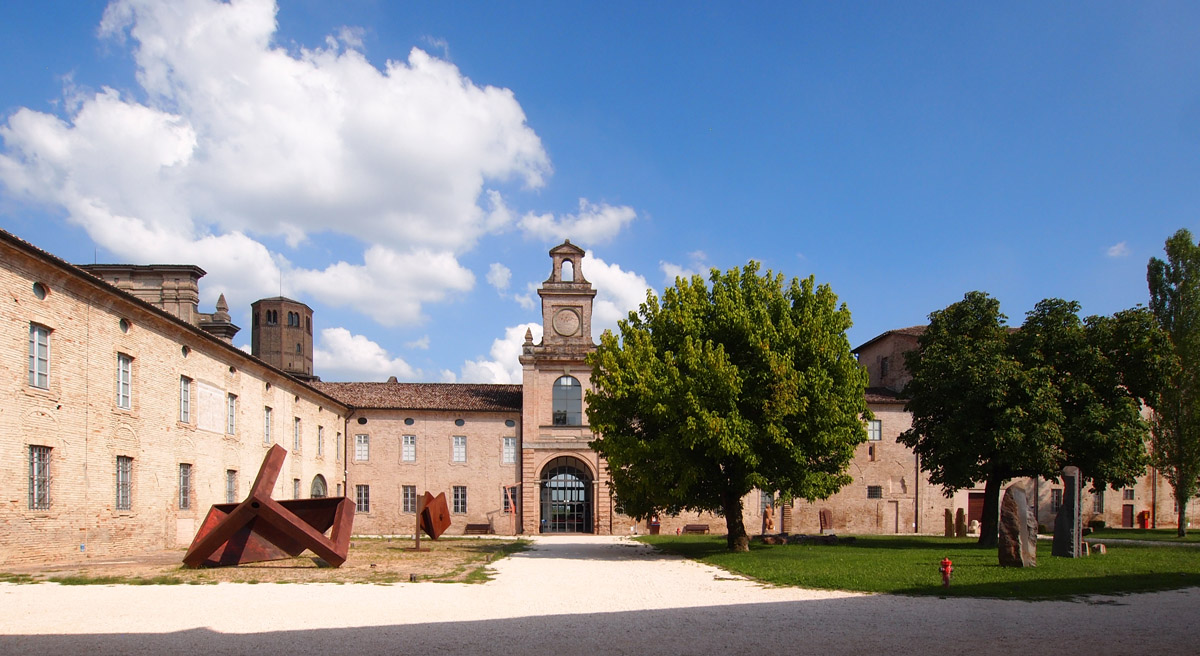 Esposizioni, the conference which took place on 27th and 28th January at the Study Centre and Communication Archive – CSAC – in Parma, places one of the most significant turning points in the debate around art history at centre stage. The conference, curated by Francesca Zanella, Francesca Gallo, Francesca Castellani, Vanja Strukeij and Stefania Zuliani, was held in the setting of Valserena Abbey, where the CSAC’s Museum-Archive is based.

The dual nature of this research centre, part of the University of Parma, acts as a stimulus for the conference’s initial keynote reflections. Created from 1968 onwards at the behest of Arturo Carlo Quintavalle, the archive is distinguished from similar institutions by its heterogeneous collection, consisting among other things of photographs, artists’ works, design and graphics. Part of this vast collection is displayed in rotation in the exhibition space within the abbey’s church, thus constituting an example of the possible explorations to which historical items may be subjected. What interpretation should be given, then, to staging or exhibiting? The various issues that make up this complex matter were addressed by means of seven strands of approach. The first session developed the topic of Guardianship as criticism: a series of case studies examined the question of the exhibition as “critical writing”, the critic’s invisible and selective view of the complex magma of the artistic phenomenon. By way of an example, Antonella Trotta’s talk, Renaissance Art Now. Botticelli re-imagined at the Victoria & Albert Museum, focused on the choices made for the London exhibition, which was structured around the popular ideal generated by the works of the Renaissance artist. 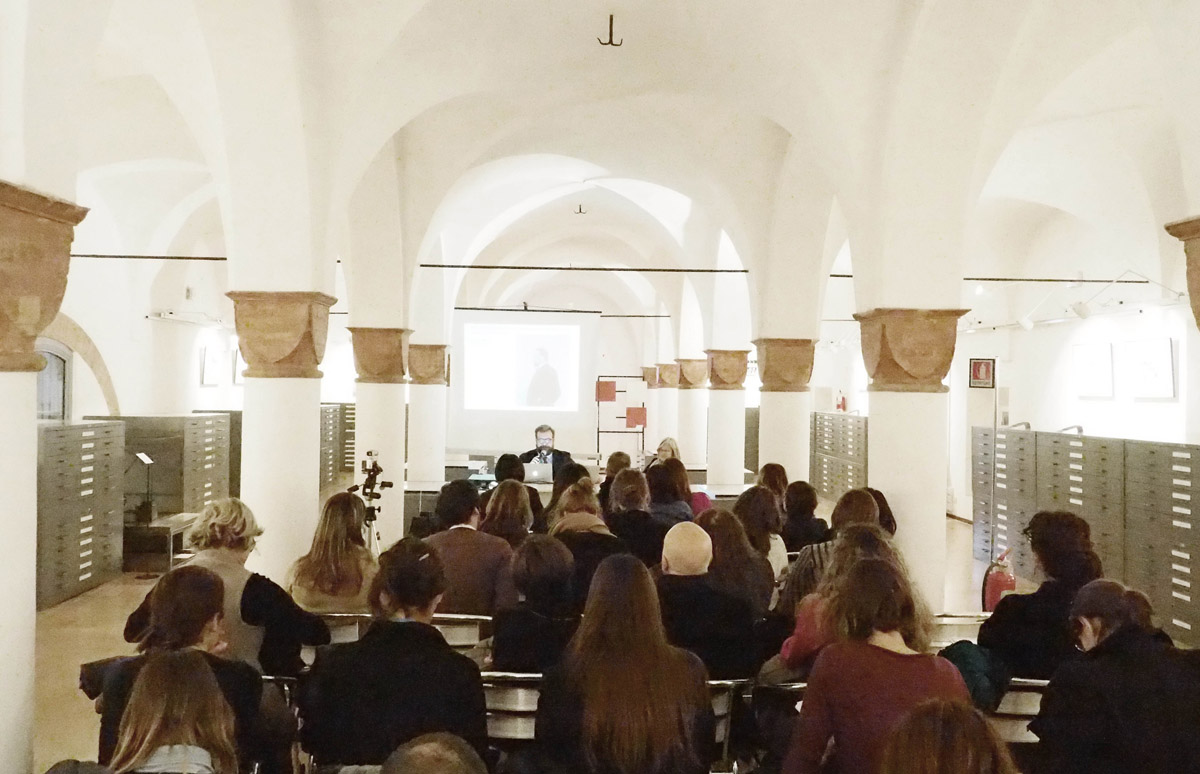 This was followed by Opere in mostra (Works on Show), in which Rita Messori’s contribution, examining the process of consuming art – and looking back at the theories of Paul Ricœur, Maurice Merleau-Ponty and Paul Valéry – brings a further protagonist into the scenario: the viewer. This provided an outlet for a recurrent point in the course of the two-day conference: the viewer’s experience as the fulfilment of the various phases of planning and executing an exhibition, and the changeable complexity of its consumption. Another issue addressed was the transformations occurring with the introduction of new technologies in the exhibition space and hence the changes which have engulfed it whenever the nature of the artworks alters. The subtle boundary between art and non-art, between study and documentation, and the crisis faced by the exhibition system was illustrated by Mario Scotti with his talk on the Oreste project and his involvement with the 48th Venice Biennale, exemplifying the abandonment of a specified authorship and the adoption of a community experience. 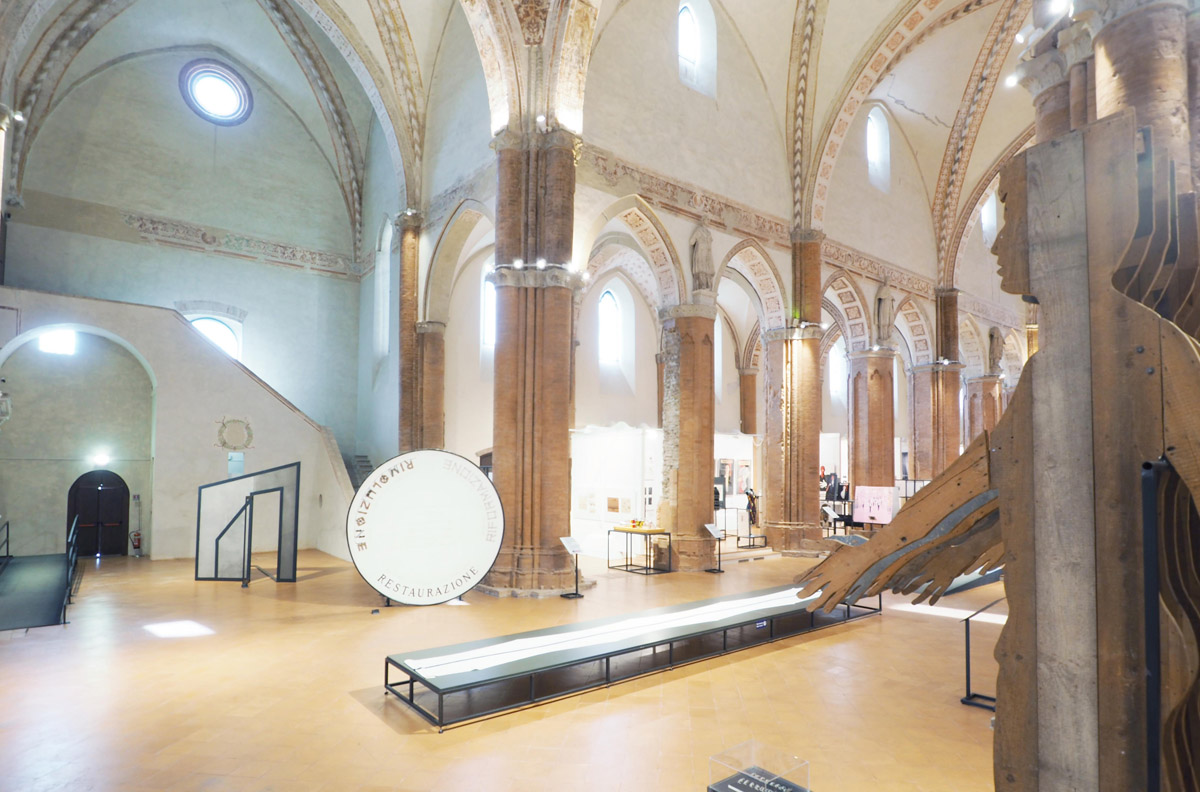 The third and fourth sessions included discussions of Case Studies Twenties-Thirties, Sixties-Seventies: through an examination of specific exhibitions, individual decades were considered, deliberately chosen as turning points and periods of change. The former laid the basis for modern staging criteria and therefore constitutes an essential historical foundation to every present-day discourse on exhibition planning and fruition; the latter is significant for the new difficulties generated by the dimension of performance, audience participation and the catalogue as an additional critical view.

The conference continued with three complementary sessions concerning the History of Exhibitions, Staging and Ephemeral and Permanent. The talks presented specific examples which led to a consideration of more generalised issues regarding ways of displaying and staging: the innovative methods of presentation which make up the history of exhibitions, the analysis of specific curatorial cases, and the relationship between artwork and space, between ephemeral journey and permanent container. 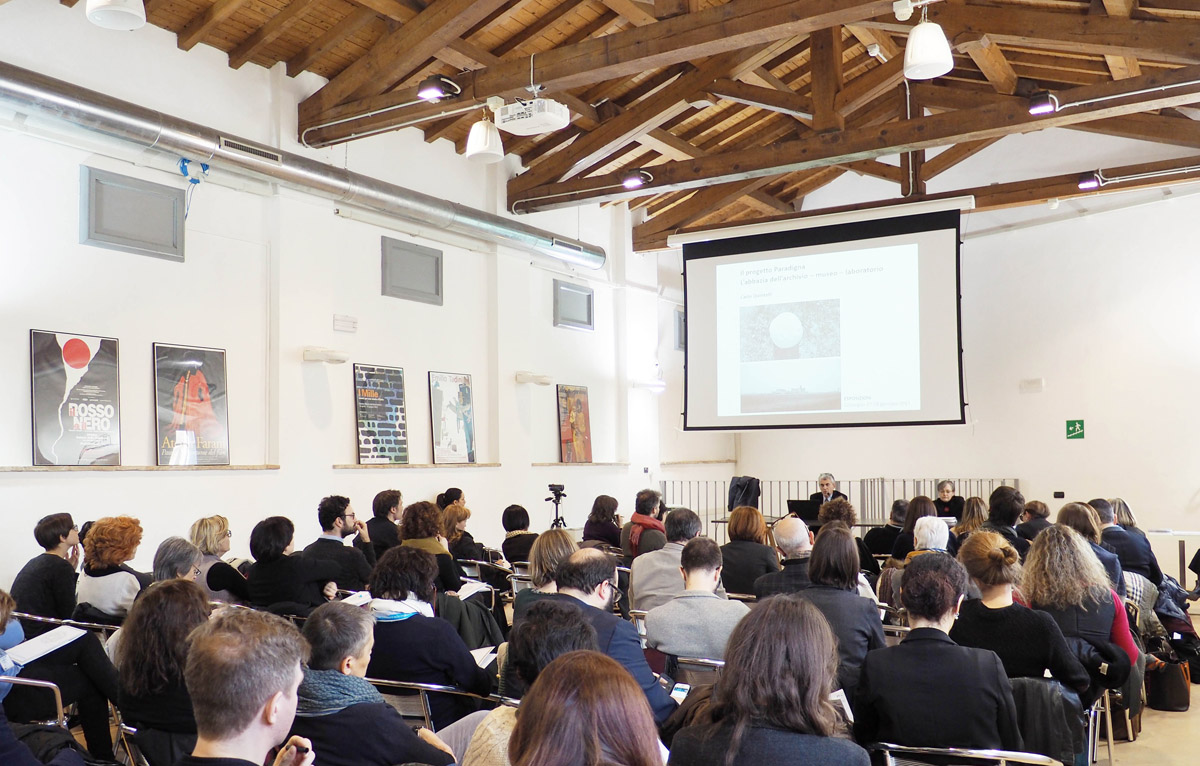 In the course of the two-day conference, the exhibition was drawn upon as a sensitive instrument for recording decisions and changes, and as an interpreter of art history through the complex phenomenon of display. In her talk, based on an analysis of the Triennale del tempo libero (Free Time Triennale) in 1964, Anna Chiara Cimoli – paraphrasing Umberto Eco’s reflection after the exhibition – explicated the idea which can be considered the conference’s background music: the exhibition as the start of a journey and a search; not an arrival point, but rather a further questioning and reflection. An invitation from 1964, still open in the present day.