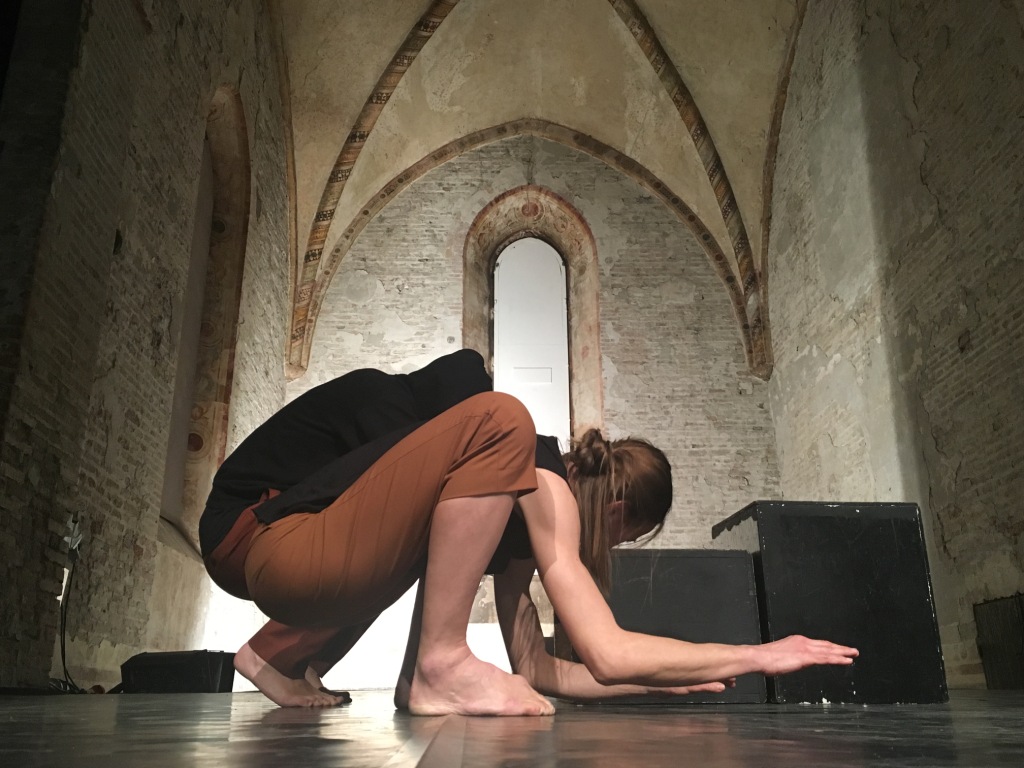 Fresh from its enormous success at the Rasi theatre in Ravenna, where it debuted in March this year, Anatomia, one of the most original and extraordinary works form Compagnia Simona Bertozzi / Nexus comes to Bologna’s Arena del Sole.

The show, which takes place on Wednesday 21st December at 21:00, features Simona Bertozzi alongside composer and electronic musician Francesco Giomi: «Our encounter takes shape through sound pulsations, horizons and spatiality. Instances of meeting and parting are always directed towards a listening to a reciprocal physicality, both biological and musical». 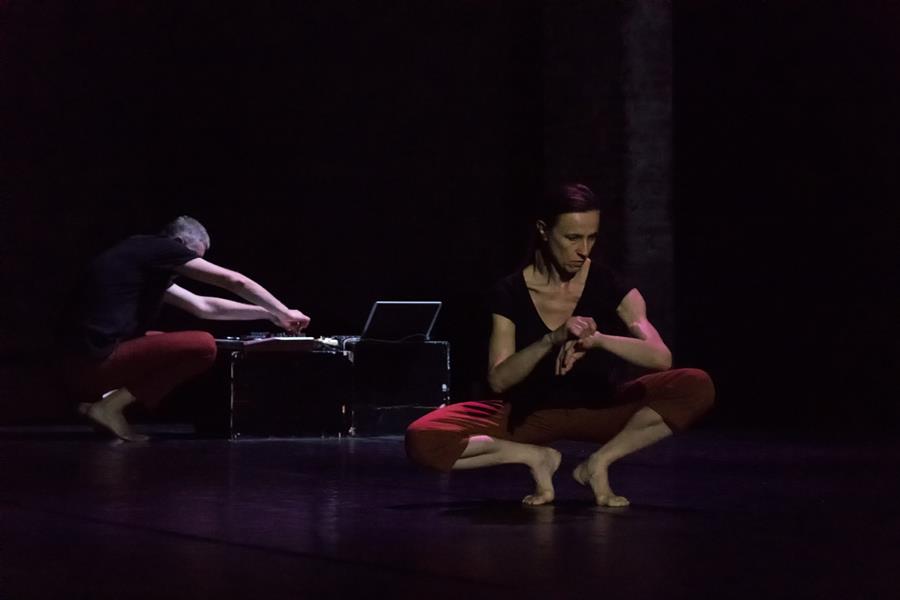 Regarding the genesis of the project, the dancer-choreographer adds: «I approached this creative journey with the desire to redraw the outlines and nerve system of aspects of my thinking about dance and its being a ceaseless migration of events between anatomical endeavour and the vibrations of nature. It’s a constantly-changing landscape, in which the action is carried out. This process of creation unfolds in a dance of survival and decisiveness: in the search for specific postures and in the repeated, rhythmic and fragmented modulation of the choreographic structure. In the penetration of the chiaroscuro of the space and in the opening of opportunities for accord to a multitude of references and possibilities of presence». 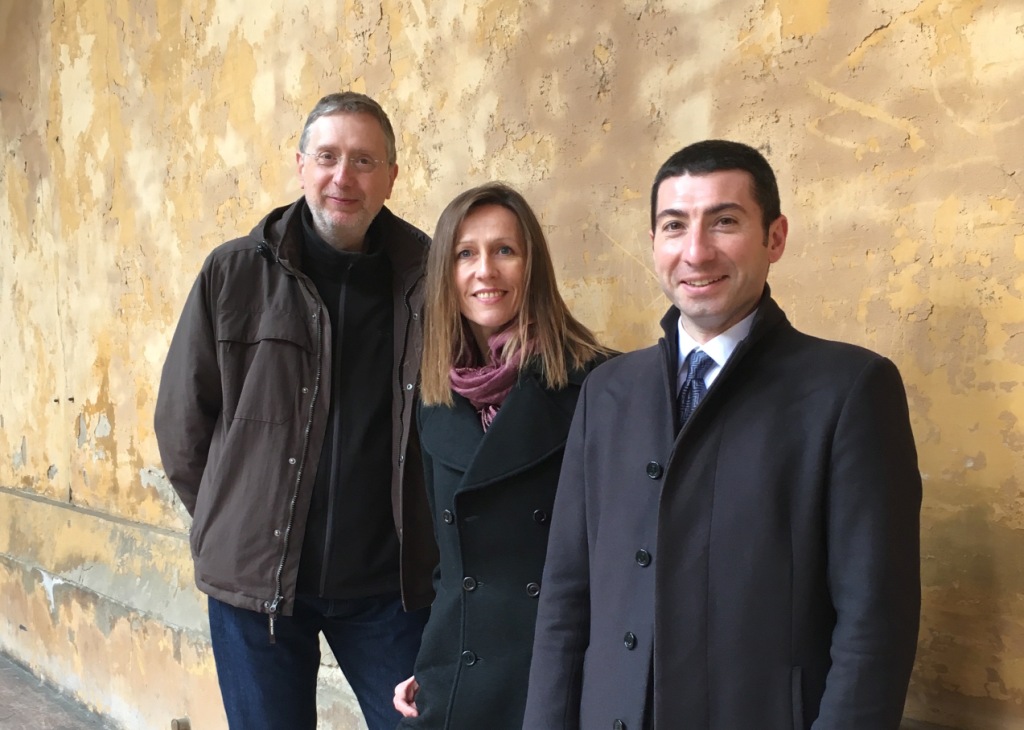 Theoretician Enrico Pitozzi, who co-created the show with Bertozzi and Giomi, summarises: «Anatomia arises from the meeting of two bodies: one biological, the other auditory. It’s the diagram of their lines of force, trajectories and displacements, fissures in space and shapes in which time unfolds: relationships between speed and slowness, this is the anatomy’s way of being».

Anatomia is a Compagnia Simona Bertozzi / Nexus production in collaboration with Tempo Reale, with lights and stage set by Antonio Rinaldi and featuring the very young dancer Matilde Stefanini. The show will open at 20:15 with an encounter chaired by Lucia Oliva / Altre Velocità and entitled Aperitivo Wikiarena: in the Terrace Bar of the Arena del Sole (where an aperitif buffet will be available from 19:00, cost 8 euros) a maximum of fifteen minutes will be devoted to suggestions, advice on interpretation and video-graphic guidance to provide the audience with new critical tools to take to the production by reconstructing the historical context surrounding the work, the trajectory of the artists involved and other aspects helpful for a “conscious” viewing of the piece. The Wikiarena sessions will be shown by video link in the foyer of the theatre before the start of each subsequent performance.