Antonio Della Guardia. For a Forthcoming Reality… From Arshake to Stockholm

Antonio Della Guardia’s work encourages us to reflect on the psychology of work and power through works that are extremely detailed from an aesthetic and formal point of view. For a Forthcoming Reality specially created for Arshake and curated by Gianpaolo Cacciottolo, has literally “inhabited” the banner, accompanying these many of months of isolation during the pandemic. Now that life and work have both moved online, reflecting on the stress caused by work in modern times represents a particularly salient theme. Della Guardia presented a reworking of a series of exercises designed by William Horatio Bates in the early decades of the twentieth century and used them as a way of reappropriating an emancipation from work, starting from sight. Seven animations for each day of the week invited users to perform exercises aimed at diverting habitual eye and mind strain, in this case from looking at a screen. The animations contain several drawings from the project of the same title presented at the Izolyastia Foundation in Kiev in 2019, as part of the exhibition “The corrosion of character”, curated by Alessandra Troncone and Kateryna Filyuk. After being presented on the banner, the work continues its journey with a commission from the Italian Cultural Institute in Stockholm, an anticipation of the solo exhibition curated by Vasco Forconi, postponed to 2021 due to the pandemic. This will be online on the channels, from 16 to 24 December 2020. But there’s more to come. The animations will take on further life and meaning as printed editions, available at Tiziana di Caro in Naples, the gallery where Antonio della Guardia’s work has been represented for several years. We invite you to read (or reread) Cacciottolo’s essay which accompanied the banner project, to get to know Antonio’s work through the Galleria Tiziana di Caro, and to continue to follow him from now on at the Italian Cultural Institute in Stockholm. We leave you with some reflections from the artist and curator in the conversation that follows. 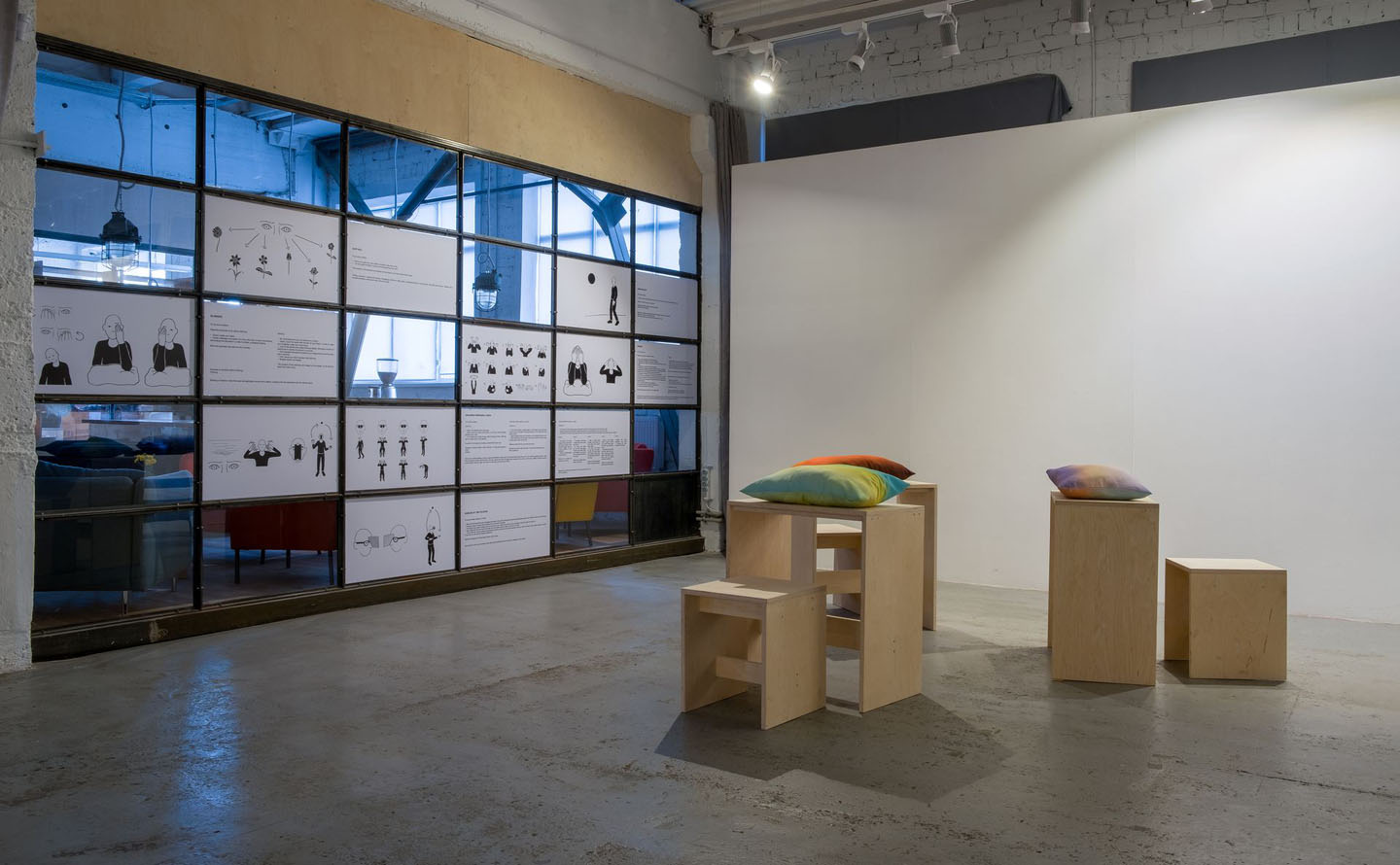 E.G. Rossi Gianpaolo, I’d like to start by asking you how the project with Antonio came about. Why did you think the Arshake banner would be ideal as the place to locate and support your work?

G. Cacciottolo: I’ve been following the work of Antonio Della Guardia for several years now. He’s one of the artists I feel closest to, both in terms of his birth, geographical origin, and also with regard to his research trajectory. We’re both in our thirties – I’m slightly older – and we share the same concerns about a future society increasingly marked by uncertainty and precariousness. In my opinion, Antonio’s investigation of the human condition under pressure from totalitarian labour regimes has always engendered extremely functional formal translations. He’s one of the artists I’ve managed to establish a constant dialogue with, not only on art issues. A few months before the publication of the project for Arshake, Antonio had already told me that his project was developing and it might be the time to experiment with new forms. The banner’s virtual exhibition space seemed perfectly suited to his needs. I immediately thought that Antonio’s work could reach another level in such a framework. The health emergency caused by Covid-19, the lockdown and the resulting explosion of smart-working, including the inevitable increase in our exposure to artificial screen light, then gave us a valuable assist. 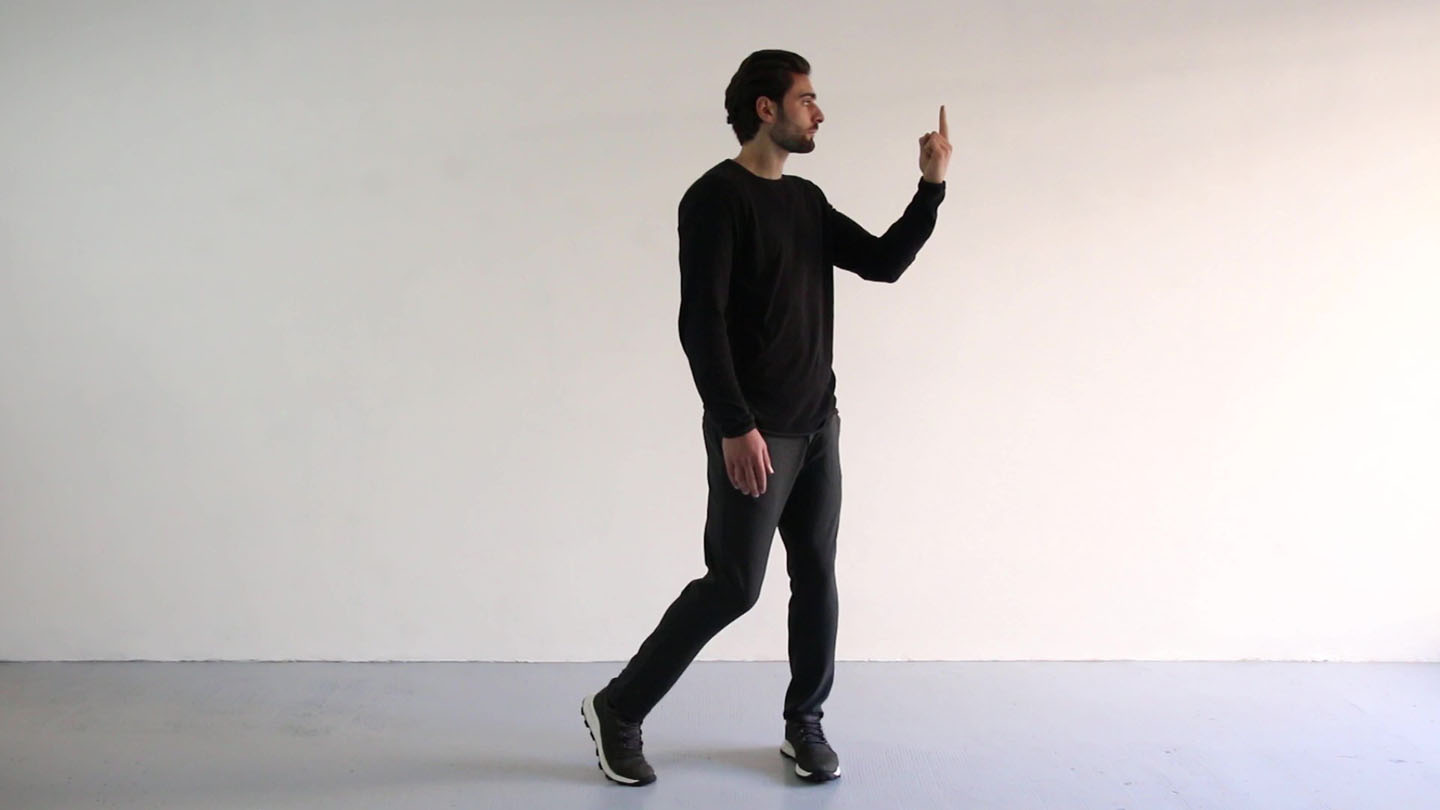 Antonio, your works emerge from a strong socio-political interest. In particular, you claim that your research “attempts to analyse the subtle threshold between change and failure, the sense of belonging and frustration between the individual and society.”  What directions have you taken since then, leading up to your current work, taking in the exhibition in Kiev, where some drawings that are part of today’s animations began to take shape?

While the 2018 exhibition La luce dell’inchiostro ottenebra (The light of the Ink Darkens) at the Tiziana Di Caro gallery, analysed the power dynamics exercised by large companies in the procedures adopted when recruiting staff, which lead to the standardisation of employees’ personalities in order to be as competitive as possible in the global market. The 2019 For a Future Reality project at the Izolyatsia Foundation, on the other hand, reflected on the reduction of free time caused by the digitalisation of work and how this can lead to such a numbing of perception that there is no longer any sense of escape. I feel I haven’t fully exhausted all these ideas and, in pursuing them further, I’m encouraged daily to look for small formulas of visual evasion to innervate everyday reality. Having said this, the common thread behind the development of my research is always focused on human beings: their submission to a precarious work system, their difficult survival and the introjection of control dynamics in their lives. In short, continuous analysis with which I try to formulate alternative, liberating thought patterns.

Your political-anthropological research is always channeled into formal research where your ideas are externalised in works and installations that are cared for in every formal detail. When is support for your work important?

I always try to apply surgical attention to detail in every work, never leaving anything to chance. Everything must be as I imagined and designed it, so that it goes directly to the heart of the question. Although the work has an immediate visual language, it is the result of profound analytical thought, carried out for months before the work is presented. This is why it’s always the idea that determines the support and never the other way round. 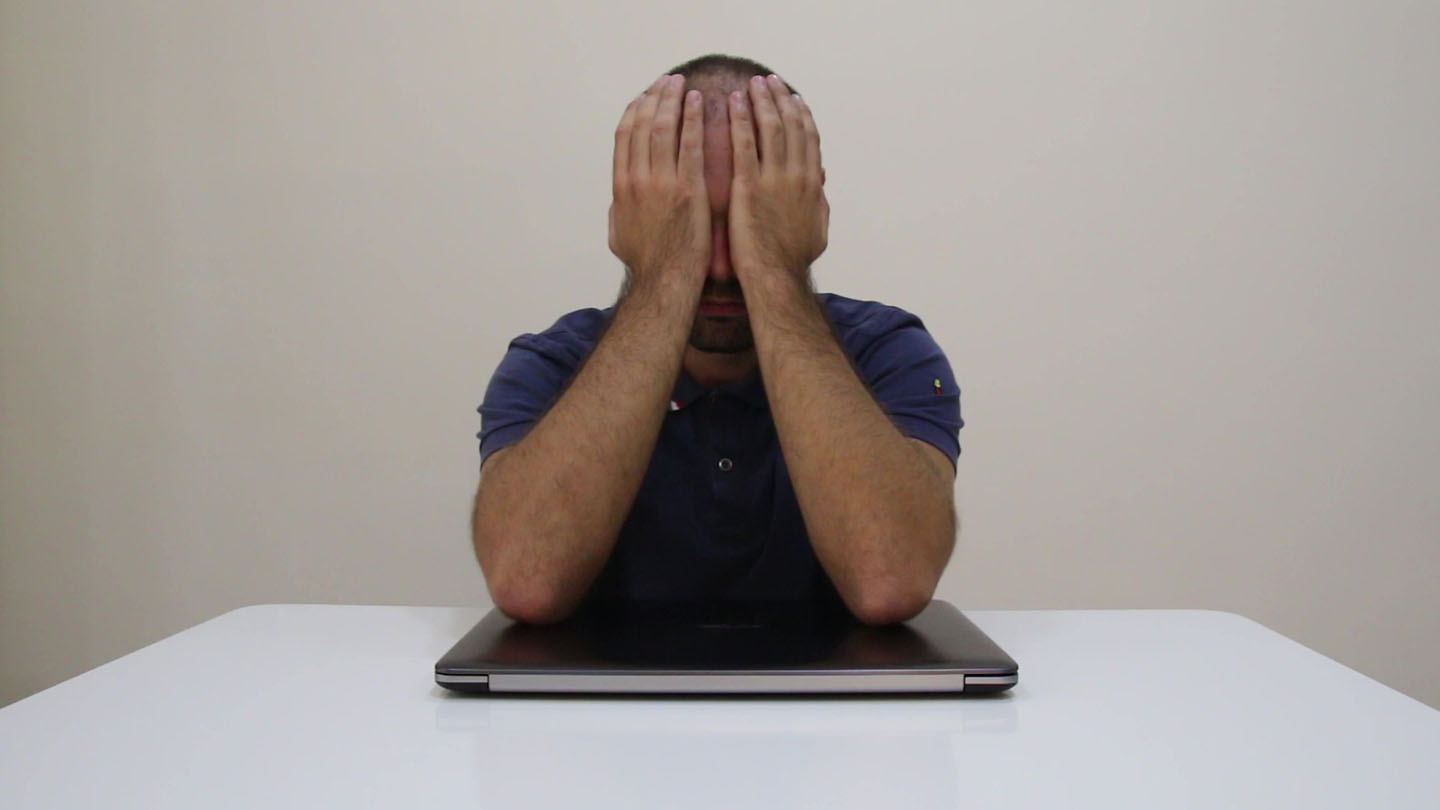 What did you expect from the banner when you started to imagine the project with Gianpaolo for this specific liminal space, as we like to call it?

When Gianpaolo called me about Arshake’s proposal, I was in Kiev at the Izolyatsia Foundation, presenting For a forthcoming reality for the first time and I still had no idea that this would be the work I would be proposing on the banner. Back in Italy, immediately after the exhibition, I felt the need to focus more on this work and to be as clear as I could in order to make progress. Discussing it with each other, it was clear that the component of escape for which the work was created and finalised could give rise to interesting, subversive reflections within the banner. A white space that jumps out at you straight away also contains the sense of immediate abduction and is, therefore, functional to the idea of the work. Months after Arshake’s presentation, a video re-proposing For a Future Reality was requested for the Exscenario project by Studioconcreto and, once again, the development of this research was commissioned online by the Italian Cultural Institute in Stockholm. It will consist of a small preview of the project, which was originally intended as a solo exhibition curated by Vasco Forconi inside the Institution designed by Gio Ponti, to take place this year, but which has been postponed to 2021 because of Covid. 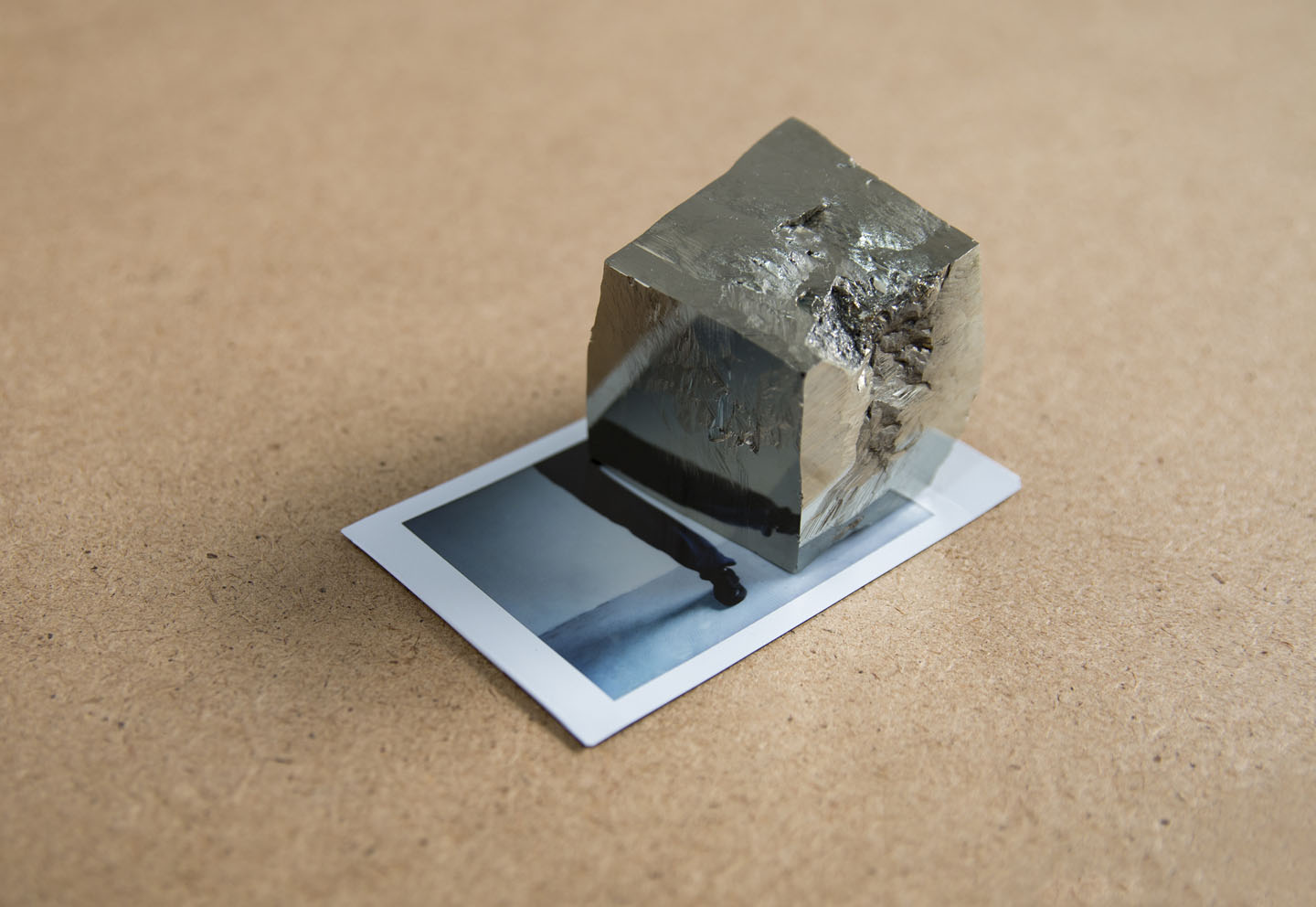 Antonio’s videos worked because of the simplicity of their construction and the relevance of their message. Our intention was not so much to promote a method that is considered alternative, without scientific basis when compared to official medicine, but to provide the coordinates for a space of escape, together with instructions for exercise aimed at peaceful rebellion against imposed rhythms and conditions.

The banner is, technically, an advertising space that feeds the black market for data and so-called surveillance capitalism. The Arshake space is capable of deactivating this system and, like any manifestation of dissent, creates the conditions for alternative expression. This subversive nature has always fascinated me. I’ve always considered it as a temporarily autonomous area, as Hakim Bey said. Its elasticity and the chance to manage and approach it as a virtual exhibition space makes it an accessible open platform for artistic and curatorial experimentation – a positive utopia.

Antonio, did anything surprise you about the outcome and its use?

I thought of the banner as having a dynamic dimension rather than a static one, with its own daily, rhythmic temporality. Presenting a work that offered a different exercise every day to re-educate our sight meant the whole project assumed a performative aspect. Those who, on the other side of the screen, concentrated even for a few minutes or seconds on doing the proposed exercises, unconsciously transformed themselves into autonomous performers of my work. This work operates as a process of evasion on personal vision involving techniques that, once assimilated, can become defence weapons against the stressful flows of digitisation. Seeing the work during the last weeks on the banner, I was surprised by how each exercise could influence the regaining of viewers’ attention, leading to a new fusion of mind and body, a dichotomy that hyperconnection aims to establish. To focus on this idea for a moment, I thought of creating a folder of thirty copies, each containing seven printed frame-drawings, one for each week’s exercise presented on the Arshake banner. The work is currently being developed and will be presented through the Tiziana Di Caro gallery.