by Gianpaolo Cacciottolo
in From the Past

Expressed in formula, the task of technomorphism  is the duty of the visual arts, where the word is to be taken literally: giving form (three-dimensional – spatial) to the technological procedures used during its corresponding historical period [1].

The sentence issued by Barilli for the International Art Critique Convention held in Montecatini in May 1978 is necessary and incontrovertible in relation to what is now the definitive combination of art and technology, a position which was also reaffirmed the following year by Lyotard [2] although it was hardly inaugural if we consider that between the dates of 3 July and 5 September 1965 «Licht und Bewegung. Kinetische Kunst» was being presented at the Bern Kunsthalle defined by Glicenstein as the first great exhibition dedicated to art and new technology. If this exposition is to be truly considered an essential moment in the affirmation of artistic practices oriented towards use and interpenetration with the constantly evolving universe of technology and as the materialization of the «three-dimensional – spatial form» of technological procedures, there was no location more befittimg in light of the presence of a director who had had more than ample experience with inaugural responsibilities and with undeniably brilliant results: Harald Szeemann. 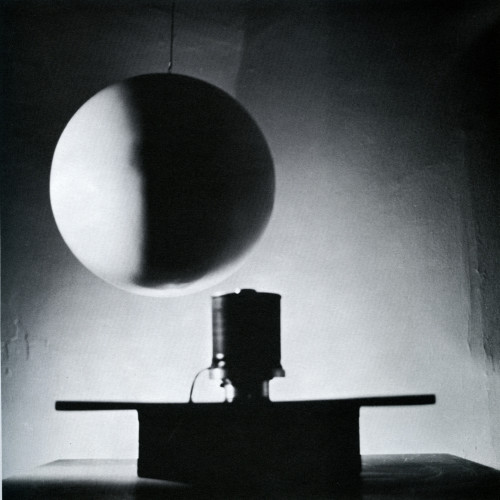 Thanks to the visionary intelligence of the Swiss curator, the exhibit presented 175 works by 58 artists from 17 countries and was conceived to be divided by type throughout the various halls of the institution in Bern, a recurring method of exposition witnessed throughout Szeemann’s career:  machines that produced art; mobiles; optical motion; non-repetitive constellations; magnetic fields; light-producing devices and machines; sound-emitting structures.  The convergence of a doubled viewpoint where on the one hand we have the precursors (Duchamp, Calder, Ray, Vasarely) while on the other we see works by the harbingers of Kinetic Art (Agam, Bury, Soto, Takis, Tinguely) in an exhibition which assumes the crucial role in the construction of Szeemann’s ideology: «And since 1995 installation had become very important, working with the space, the interrelation of themes and space»[3].