In a recent book published by Postmedia, Gaia Bindi crosses the relationship between art and ecology. She does this by adopting a historical perspective that covers the international scene, although rooted in the experience and history of PAV – Parco Arte Vivente, a project she took part in for several years as curator.

PAV – Experimental Centre for Contemporary Art, founded by the artist Piero Gilardi, is in some way a continuation of his research and artistic activities with a choral and collective dimension. This individual and choral impulse has made it possible for PAV to become both a promoter and container for international experiences focused on art and ecology, operating prior to the recent explosion of interest in ecology.

Alongside Gilardi’s own projects, which have always been fuelled by an interest in the relationship between man-nature and technology and projected towards a future cybernetic society, there are projects of meteorological data visualisation by Andrea Polli, the transgenic art of Eduardo Kac and Marta de Menez, and the activism of the Critical Art Ensemble collective – these are among the experiences ranging between art, science and technology from which a story has been built. Storytelling has found an ideal place in this format because of PAV’s continuing interest, carried out through a trans-disciplinary approach, but also for its special origin, having converted from a manufacturing site to a garden.

We began with PAV because, after all, it is the Italian experience that functions as a national and international reference point for the relationship between art and ecology and also because the book ‘blossoms’ precisely from this experience. 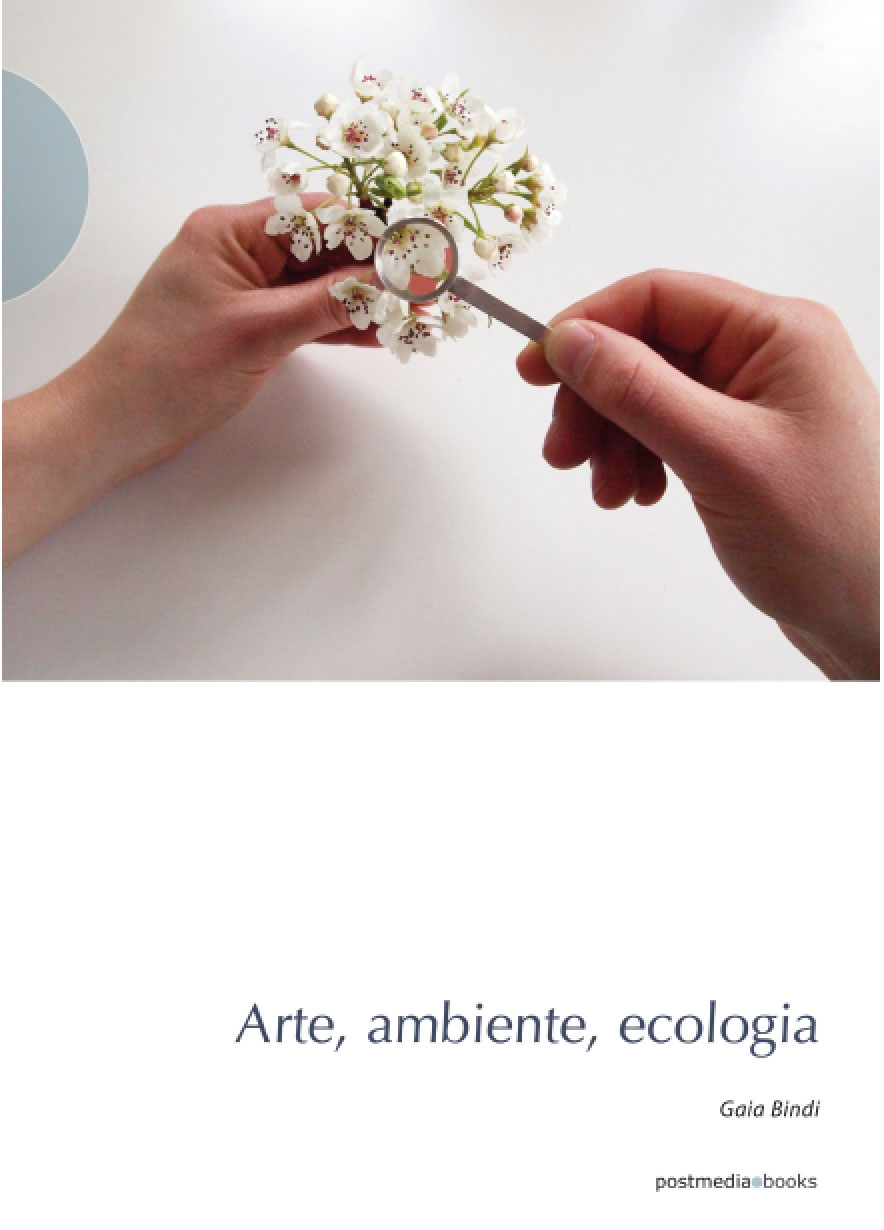 Let us now return to the volume and its structure, which progresses in a different order given that PAV  naturally appears  at various points in the text.

Based on a historical premise looking at the ‘fertile’ relationship between art, ecology and technology, which inevitably has an anthropological perspective, the story continues with a series of projects rooted in Joseph Beuys’ vision and artistic practice and the experiences of Land Art. Given that the anthropogenic dimension is the key to reading the text, before venturing elsewhere, the role of biological life on the Planet, even before man, was preceded by that of insects. Although small, the presence of insects is an important indicator of the balance between man and nature. They share the same fate and have always been a source of inspiration for the organisation of technological society and information itself. The chapter dedicated to man at the centre of the climate is characterised by his attempts at communication, both in the artistic and scientific fields. Communication proves to be an important vehicle with which to acquire awareness of something that, in one way or another, will influence human action, soon to be read in the response of the climate itself.

The chapter dedicated to Gilardi and PAV is the prelude for a final reflection on the image of the anthropocene, between art and science, concluding the discussion and opening another very important one: the role of the public and affectivity. Even though affectivity seems to be confined to the humanities, it must also play a role if it is true that among scientists there are professionals who risk their lives to go in search of hurricanes.

The book collects different experiences in a text that explores the Anthropocene, does not go beyond its boundaries, but still nurtures a proactive vision, already indicated by the title of the introduction, ‘Cultivating Utopia’. Piero Gilardi’s preface also adds something. He reviews the themes of the various chapters and comments on them with some of his own reflections and ideas being proposed to the readers. The preface and conclusion bring a circle revolving around the importance of affectivity and perception to a close. (…) the role of ecological arts – as Gilardi concludes in his preface, a manifesto of his activism – is to collaborate in making the majority of the planet’s inhabitants aware, overcoming the ‘great blindness’ that seizes us with aesthetic empathy” (Gilardi)