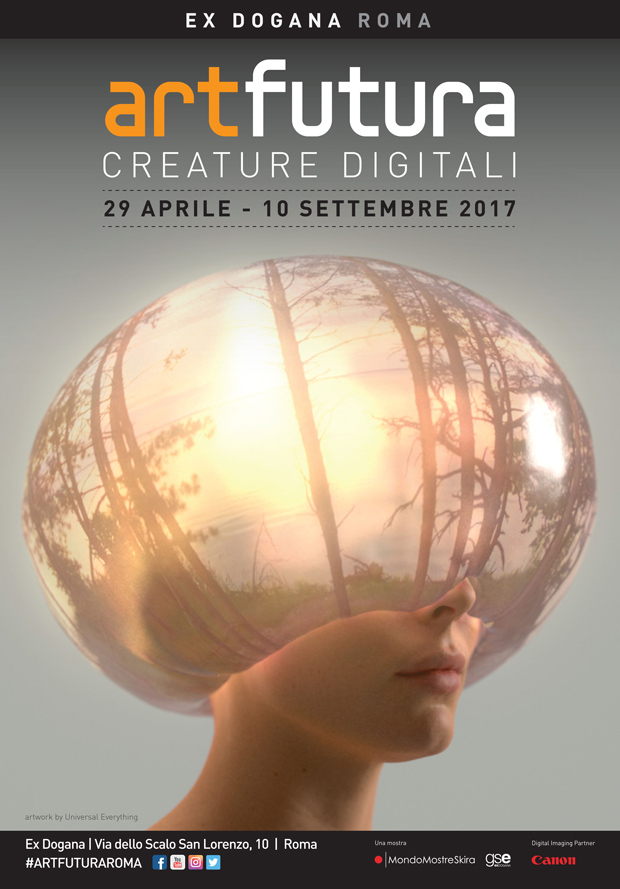 “Since it began in Barcelona in 1990, ArtFutura has taken as its starting point the thesis that art can no longer be understood apart from digital technology”. With these words the New York Times not only expresses the substance of the ten-year-old Artfutura project, but also gives a snapshot of the digital age we live in, where art is closely tied to technology. This is a relationship that has undergone rapid evolution, multiform and changing over time, not only eliminating the distance between two apparently distant worlds, but also bringing a hybridisation in the roles of practitioners: graphic designers who are also film directors, mathematicians who are sculptors, hackers who are performers. Belonging to these categories are the six adaptable professionals occupying centre stage in ArtFutura. Creature Digitali, until 10 September at the Ex Dogana of Rome.

Mutants like the creatures they create – almost like modern Dr Frankensteins – using singular devices and original materials to evoke a futuristic universe populated by monstrosities and phobias, interpretations of reality and new digital visions. 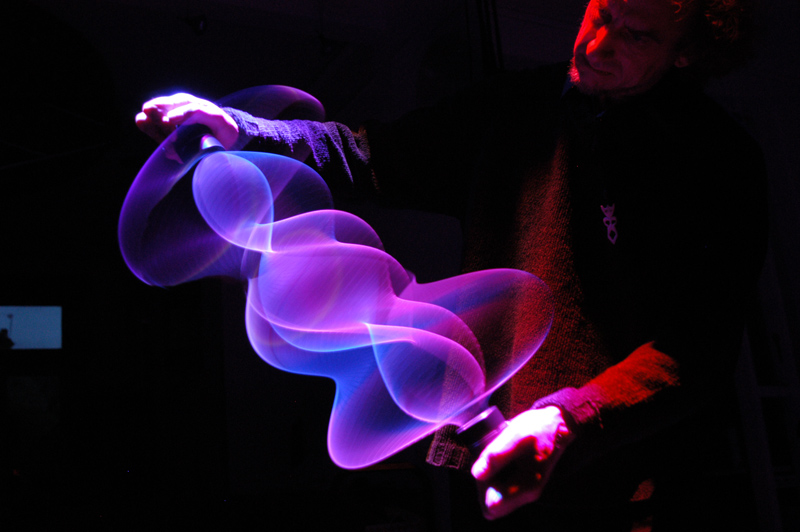 And so, what happens if a British scientist by the name of Paul Friedlander attempts to turn light into a malleable material? He creates “kinetic light sculptures” which, in Spinning Cosmos, are part of an installation in which the intangible appears, changes shape and moves in a large dark space. Rays of light, moving or projected onto lightweight rotating spheres, suggest a striking and magical interpretation of sculpture which abandons the hard solidity of matter to make spirit-like aesthetics appear.

Meanwhile, Argentinian artist Esteban Diácono presents a series of animations that embody – the use of the term is in itself a contradiction – the absurd, the surreal and fear for the future. His digital creatures are humanoids who walk, dance, bounce and shatter, sliced and spread against a white background. It’s a powerful comment on the humanisation of the digital and the digitalisation of the human, leading the viewer to recognise beings they’d really like to distance themselves from as human. The result is highly expressive and clearly effective, as evidenced by the artist’s millions of Instagram followers. An aspect which makes us reflect on the relationship between artistic expression and social media, and thus on the transition from the showcase of the web to the physical museum. 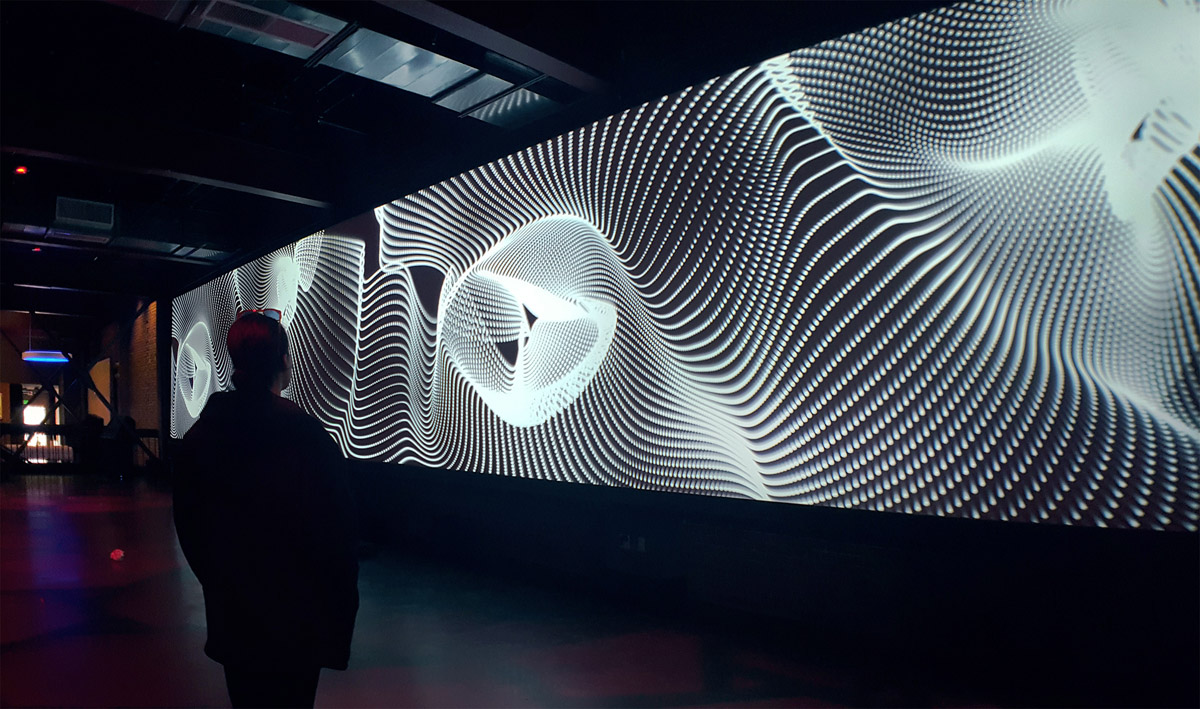 Also talking to us about the future and the web is Can Buyukberber, whose installations and interactive digital sculptures involve the visitor and internet user in the dynamic nature of his works by underlining space-time interconnections and designing moving geometric landscapes. 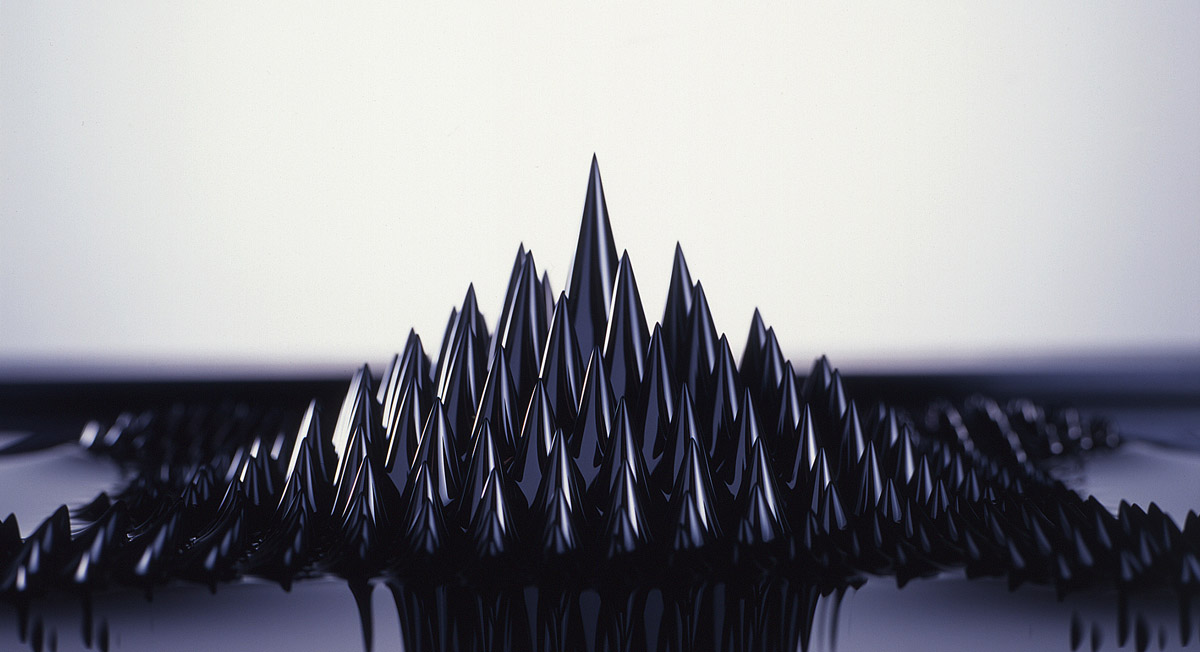 More dynamic sculptures are those of Sachiko Kodama, whose work explores the properties of ferrofluids or liquid metals. Her artworks are unprecedented forms created by invisible forces such as gravity and magnetic fields, which act magically and precisely on the material thanks to a sophisticated computer-controlled system. 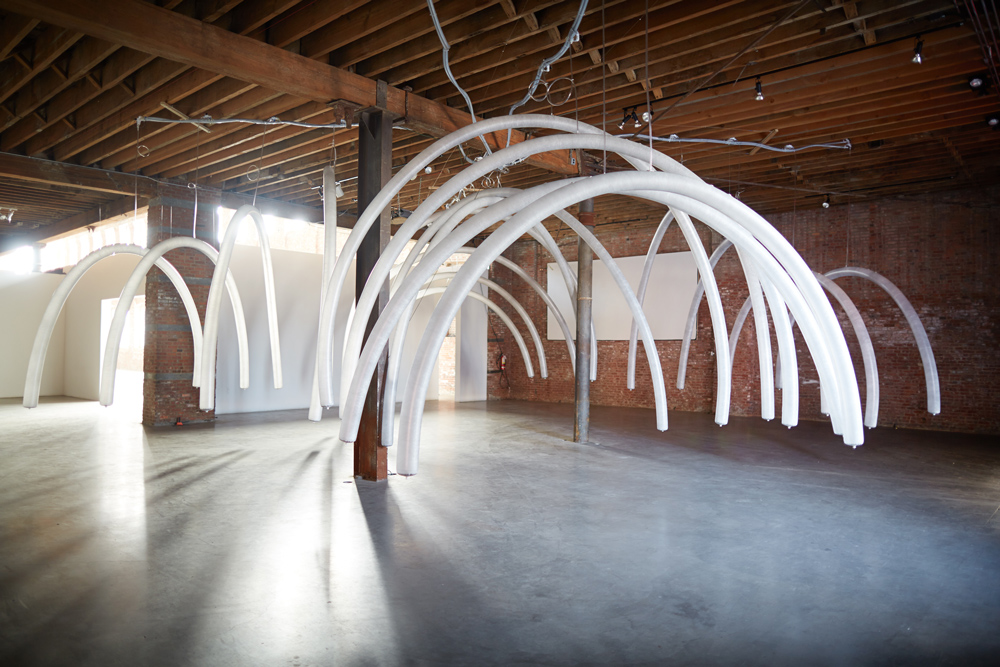 Digital sculptures, fluid and, ultimately, mechanical. At Artfutura Chico MacMurtrie exhibits a series of Organic Arches: inflatable arches of various sizes which are animated by a jet of air to change shape several times a day. The system of ‘muscles’ and ‘bones” is also activated by movements in the space surrounding the installation. 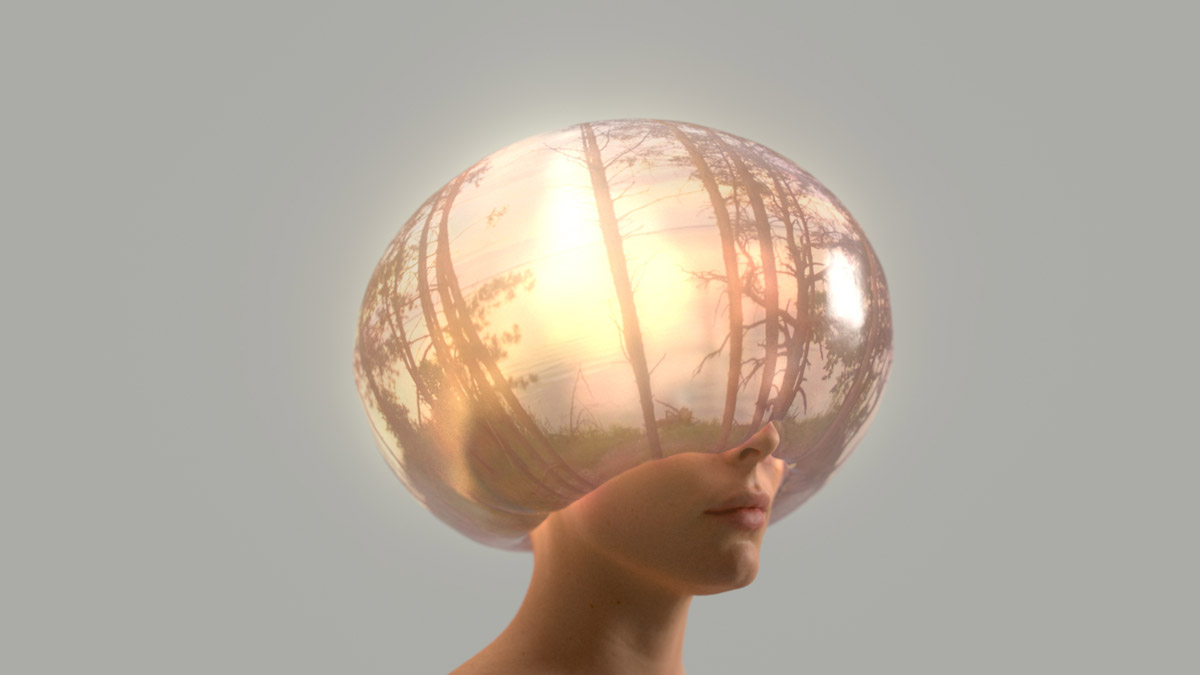 The exhibition concludes with British collective Universal Everything, whose video series Screens of the Future is a collection of propositions and visions. The monitors arranged on the walls are like windows that open onto fantasy views made of pixels, spellbinding when they retain the figurative real-life element and evocative when they spill over into futuristic abstraction. The collective render the image-creating power of a near future whose full possibilities are as yet undefined – including that of conceiving objects and situations originating in the human imagination.

Technology, therefore, accomplishes the miracle of making the countless products of imagination appear before our very eyes, without boundaries and using every possible means. With its tangle of wires and devices, technology hides itself behind the amazement of the observer, who – since “our work, our actions, our friendships, our emotions: all increasingly belong to the digital universe”, as affirmed by curator  Montxo Algora – cannot help but acknowledge himself or herself to be a digital creature, the result of a choice made at the dawn of the 21st century.