Arshake is pleased to publish the first of eight parts of art critic Antonello Tolve’s journey that retraces the complex relationship between man and nature, especially from the viewpoint of the technological impact on nature. By surveying a number of artworks connected to the relation man/environment, from Land Art to Transgenetic Art to Bio Activism, Tolve reconstructs a vision of nature that is, at the same time, technological and humanistic. 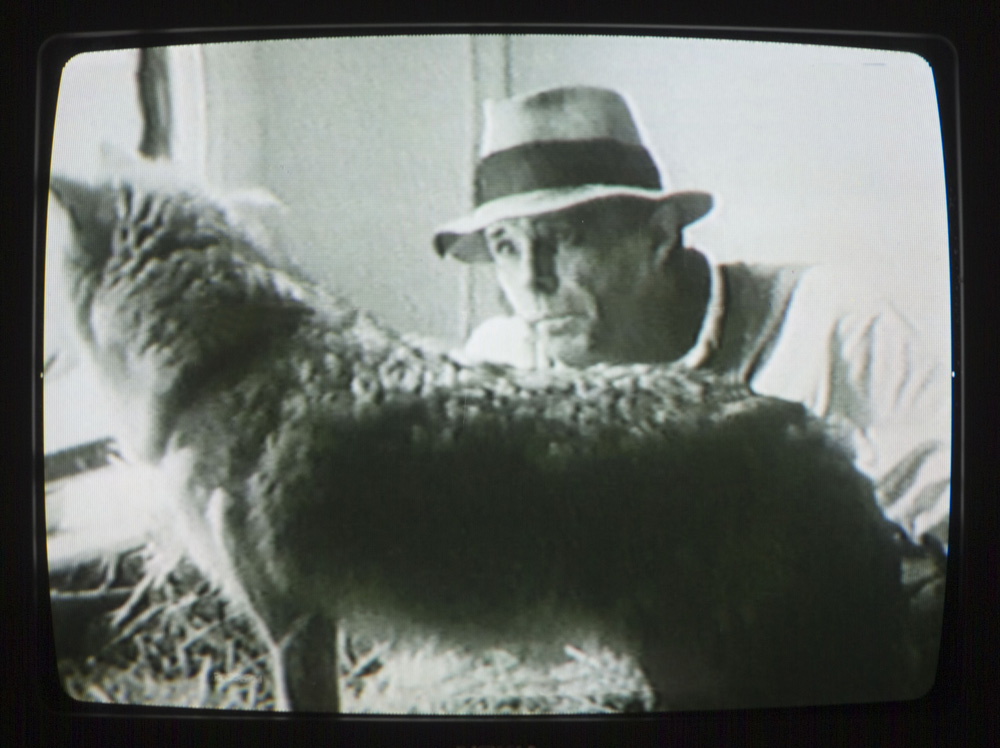 In the aesthetic horizon of contemporary art, it may be noticed that the tendency of reconnecting with nature in all its multifarious and alluring aspects has had a momentous impact on creative phenomena as well as on theoretical reflections. The inconsiderate human intervention on the environment, the history of climatic changes, and the several disasters that today (at last!) grieve the public of the media, have all led to a more and more urgent social and cultural awareness of the planet’s conditions. Also, they have favored the introduction, in the field of art, of alarming environmental issues that artists have appropriated and discussed in heated public debates so to offer an exit strategy out of the impasse of political apathy, to narrate about the potential dangers intrinsic to certain situations, to design new possible scenarios, and to look after the place where the whole of mankind spends its life. 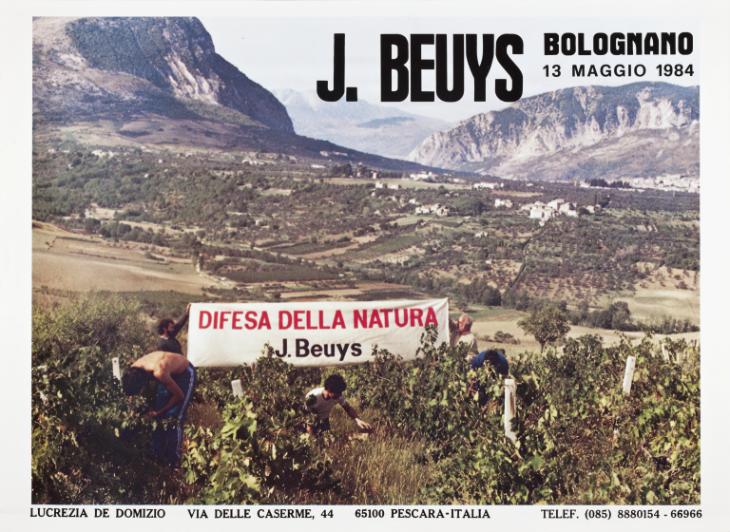 The soziale Plastik of Joseph Beuys (with his relentless defense of nature) was the matchless forerunner of those awareness practices, which were born in the 1960s and to which a group of artists belonging to younger generations than Beuys’ are now devoting much attention. They aim at reconstructing the relationship between man and nature, with the latter seen through technological and humanist lenses (Gunnar Kvaran has recently spoken of a Technological Humanism)[1] where the natural source is recreated, reshaped, and regenerated by a new creative agent. 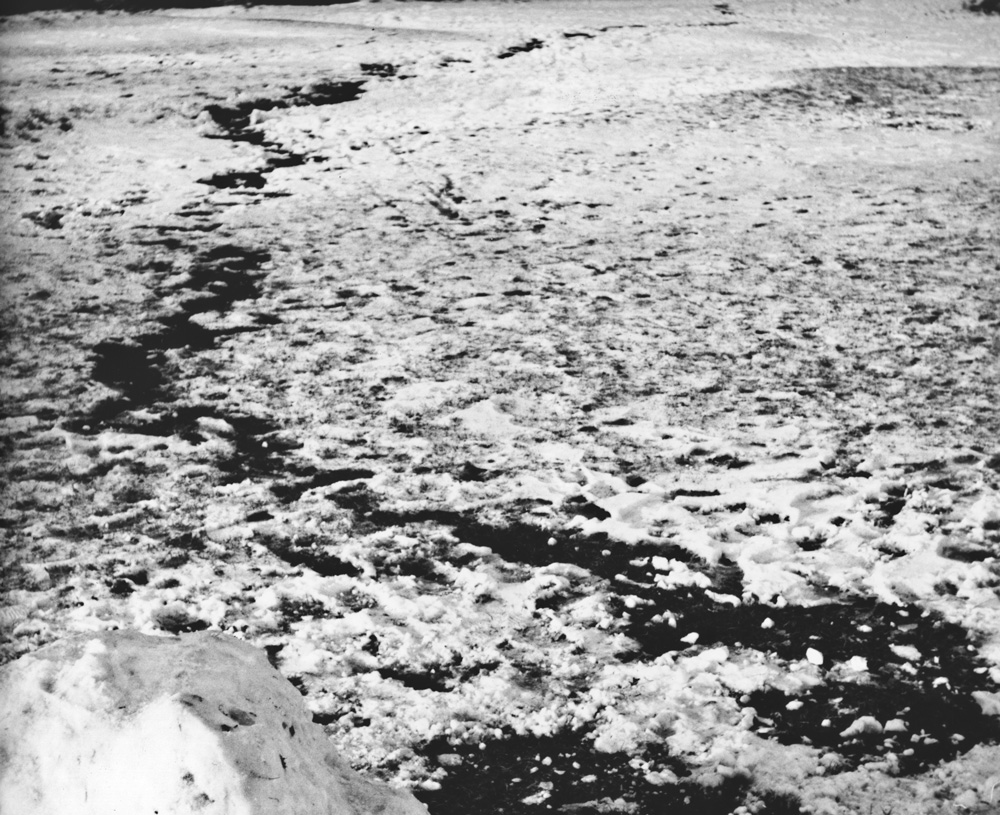 At the end of the 1960s and over the course of the 1970s, with Land Art – a creative experience born in America in 1968 within Conceptual Art[2] – the creative process shifts from the bi-dimensional surface to a space where it has to confront life; it eventually irrupts in the perspectival core of the image, and thereby ushers us into a larger context, where contemporary landscape can take new forms. Now, the artist, pressed by technological and scientific advancements, reconstructs the natural model (sometimes faithfully, at other times physically or emotionally) to restore the Duchampesque critique of representation (a representation yielding to presentation)[3] in order to develop a perspectival point of view on the world’s future (Paul Virilio) and to make the natural and cultural horizons coincide. The historical antecedent of this visual program is indeed the experience of Land Art, whose artists, busy with freeing themselves from the figurative aesthetics of Pop Art or from the bleak structures of Minimalism, entertain a novel dialogue with natural design so to turn the world into the space of the artwork. Using the landscape as both surface and material against which they could unleash their political, social, and ecologic tensions, Land Art artists aim at modifying the habitat and interacting with nature in order to create new natural scenarios. The large installations of Earth Art or Earthworks produced by American artists (such as Richard Long) and situated in the deserts of the United States (timely documented by German art dealer Gerry Schum in his 1969 internationally acclaimed movie Land Art)[4], are monumental productions, aesthetic assaults against the artificialization and commercialization of art. In order to break the chains imposed by the financial powers and bypass the official circuits of museums and galleries, not by chance the artists opt for the production of monumental landscape projects defying any chances of being carried with the usual means of transportation and, in so doing, choose an alternative approach to nature and its sustainability.[5]

[3] On this issue, see the fundamental F. Menna, La linea analitica dell’arte moderna. Le figure e le icone. Turin: Einaudi, 1975, and especially Chapter 5 where the author speaks of the artist’s critique of representation aimed at «clasping reality almost in the moment when it is ultimately escaping the grasp of language», 44ff.

[5]  In an installment of her “Problems of Criticism /IV The Politics of Art, Part III”. Artforum VII, 9 (May 1969), Barbara Rose surmised that this change of course was at hand: “That there is art that does not traffic in objects but in conceptions has both economic and political consequences. If no object is produced, there is nothing to be traded on the commercial market. This obvious consequence defines at least part of the intention of current anti-formal tendencies. The artist does not cooperate with the art market. Such non-cooperation can be seen as reflective of certain political attitudes. It is the aesthetic equivalent of the wholesale refusal of the young to participate in compromised situations (e.g., the Vietnam War)” (47).