Rhythmic and figurative patterns which repeat and chase each other, almost ad infinitum – when music and painting meet mathematics.

The technique of phase shifting, a timely intuition of Steve Reich in the 1960s, encounters the artistic research of Richter and his Patterns at the Auditorium. Sound and image end up travelling in unison.

You sit in the stalls and wait for dark and silence to descend in the auditorium, and immediately hear the echo of reverberation, the linear repetition of the notes and their displacement. The rhythmic displacement of two identical musical cells moving at different speeds and gradually changing induces a contradictory sensation, a strange sense of becoming. 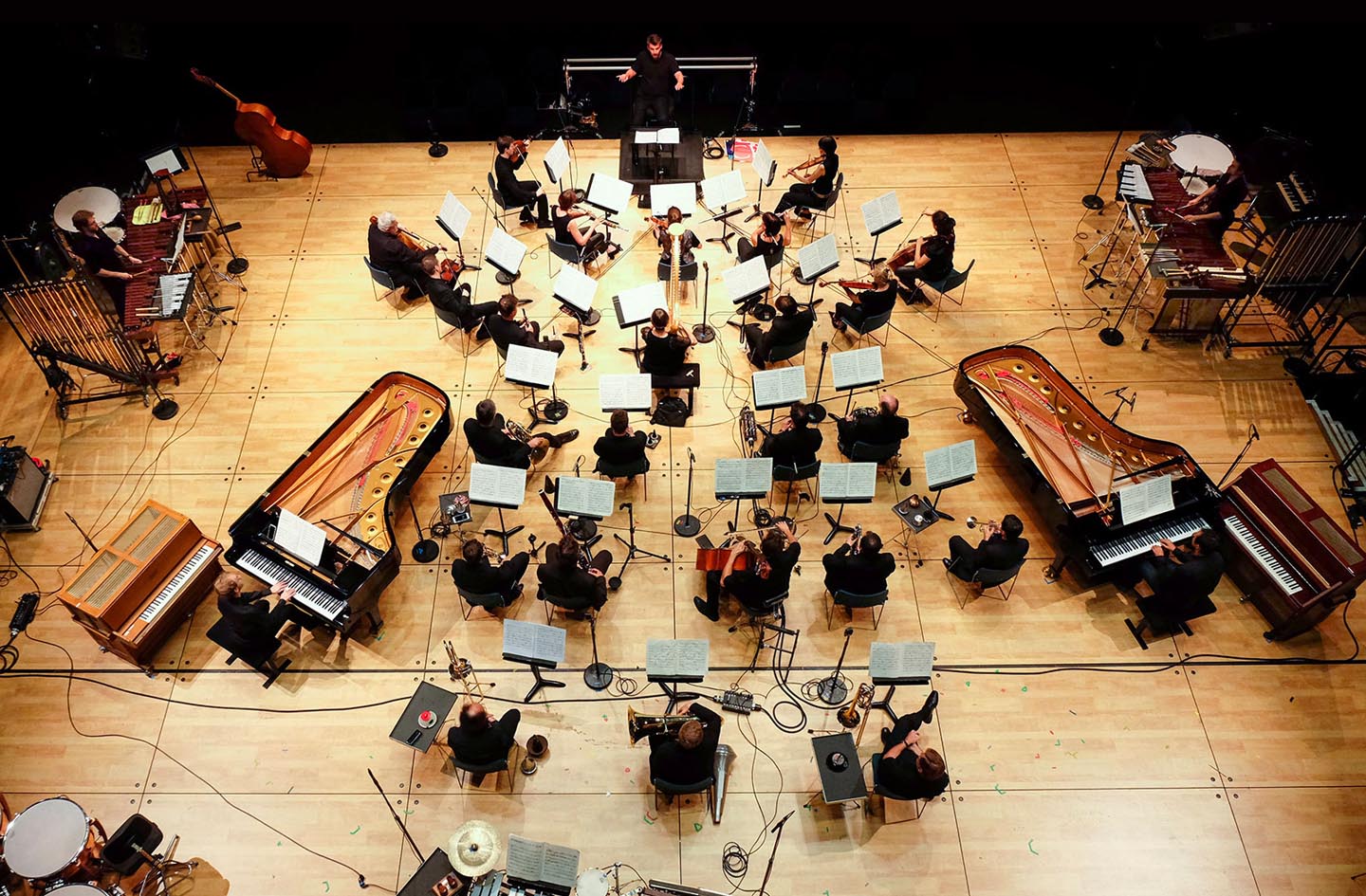 You focus on this mathematically determined structure, applied as much to Reich’s melodies as to Richter’s colours. The painter divides, mirrors and segments one of his abstract paintings into lines and figures that come alive to Reich’s notes which, he confesses, inspired him to create his Patterns.

Horizontal lines that travel, becoming vertical; bright colours and textures that seem to melt and recompose into moving tapestries. The scientific nature of Moving Picture seems almost a natural derivation of the work Richter does in his Atlas: a precise and mathematical analysis, reflecting a desire to meticulously probe reality in order to catalogue it. And so science, mathematics, sound and image coexist. 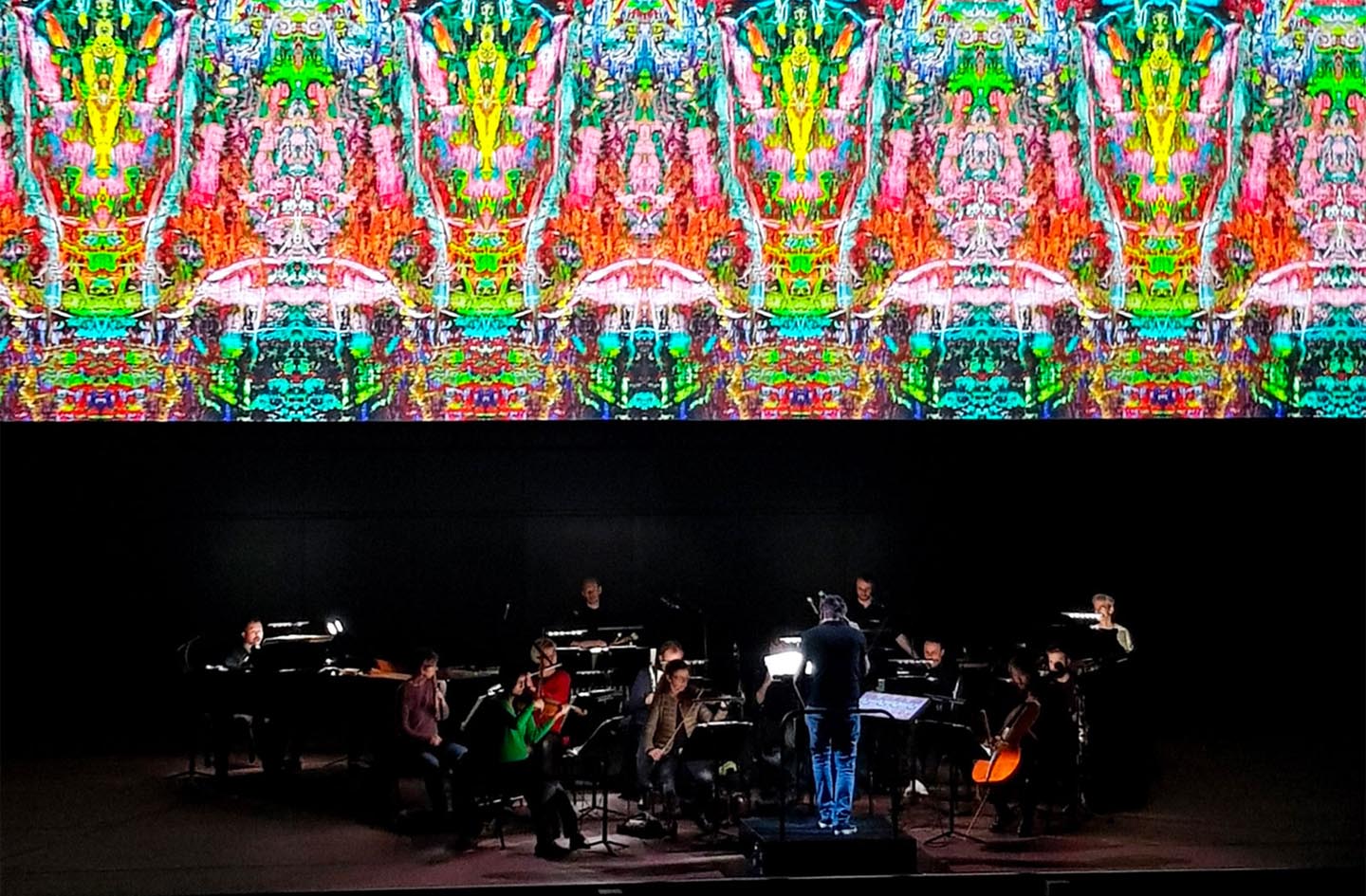 But as the melody walks, runs, echoes through the body, the images appear hypnotic. This is a visual algorithm – destabilising, sometimes boring – that does not want to be merely a visual translation of the score.

The pianos provide a rhythmic backing to the melody of the woodwinds, strings and vibraphones in Eight lines. Eight melodic-rhythmic lines divided into five sections: the pauses of one are filled by the sounds of the other, and everything flows in a rhythmic continuum.

And you are lost in this flow of colours, figures and sounds.

And you let yourself be carried away by the continuous process.

According to Jacques Rancière, you are. It is us who, with “stories and performances, can help change something in the world we live in”. Text and videos of this article were realised on occasion of the concert S. Reich / G. Richter / Ensemble Intercontemporain performed at Auditorium Parco della Musica on November 21st 2021, within Romaeuropa Festival and as part of  AUDIENCE ON STAGE, fourth edition of BACKSTAGE / ONSTAGE ‘, a multimedia editorial project realised in a partnership  between the Rome Fine Art Academy, Romaeuropa Festival and Arshake.