Autumn in London with Art and Technology 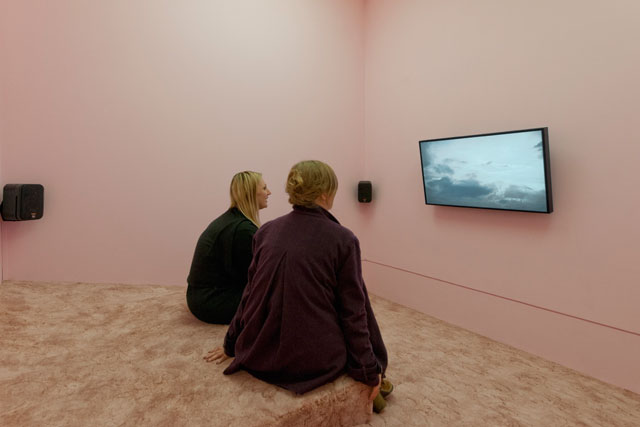 There are two recurring themes in the exhibitions this fall in London or at least regarding the exhibitions and works that I saw and/or thought were interesting and communicative. The closed circuit and the mirror. Installations with circular mechanisms and inner workings or installations that brought the cyclical nature of these motions and practices to mind; halls that function as mirrors. Spectators might prefer avoiding any identification with what they see although coming to terms with it is inevitable. Olaf Nicolai (Galerie  Eigen + ART, Berlin), Rosa Barba (Giò Marconi + Meyer Reigger), Oscar Murillo (David Zwirner, NY-London), Rafael Lozano Hemmer Oscar Murillo (Carroll Fletcher, London), Steve Bishop (Supportico Lopez, Berlin) are the artists whose works pertain to the former. Cory Arcangel (Lisson Gallery, London Milan Ny Singapore), Ed Fornieles (Chisenhale Gallery), Lizzie Fitch and Ryan Trecartin (Zabludowich Collection, London), Laure Prouvost (Mot International, London) are the artists whose works are hosted in dystopic or utopic rooms where spectators can mirror themselves. 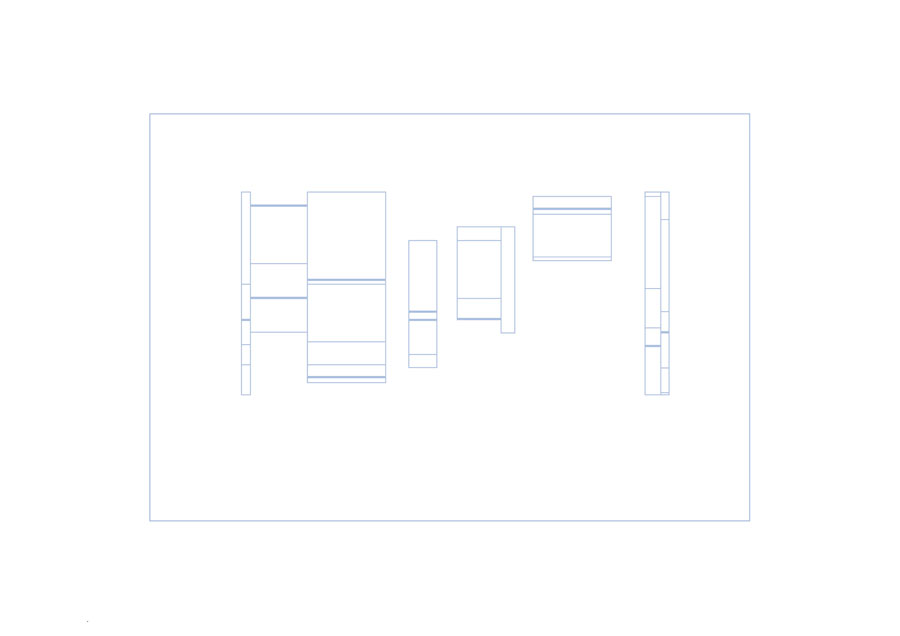 Probestueck by Olaf Nicolai (b. Halle, works in Berlin) is the audio translation of architectural modules; it is the closed voice of a soprano and a countertenor invited to acoustically and physically interpret several modular designs, paintings that are reminiscent of the windowed façades of the Dominican convent Saint-Marie de la Tourette near Eveux-sur-Arbresle where musician Iannis Xanakis worked within the architecture of Le Corbusier. The voice draws circumscribed spaces defined and designed according to the precise calculations of proportions between modules which recall the architectural-musical structure of Metastaesis, a composition by Xenakis for 61-piece orchestra. 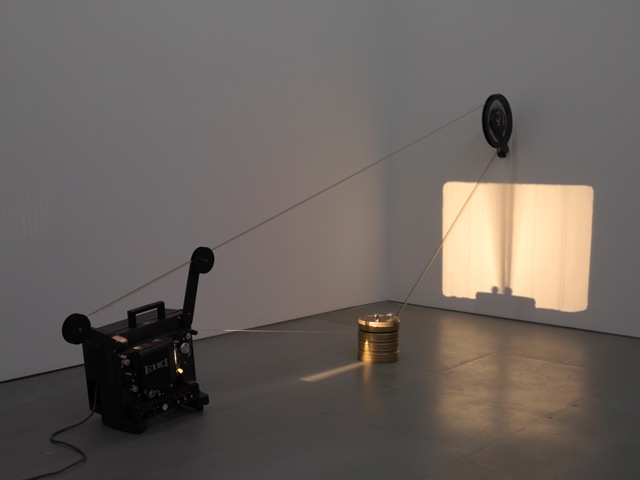 The booth outfitted by Giò Marconi and Meyer Reigger hosts a work by Rosa Barba who uses 35 mm film and relative projectors to tell of the cyclical nature of material, traces of the past that project themselves onto a present capable of intercepting and repeating it in a different manner and in their own way. Letters are painted on the reels that become colourful words as they revolve. 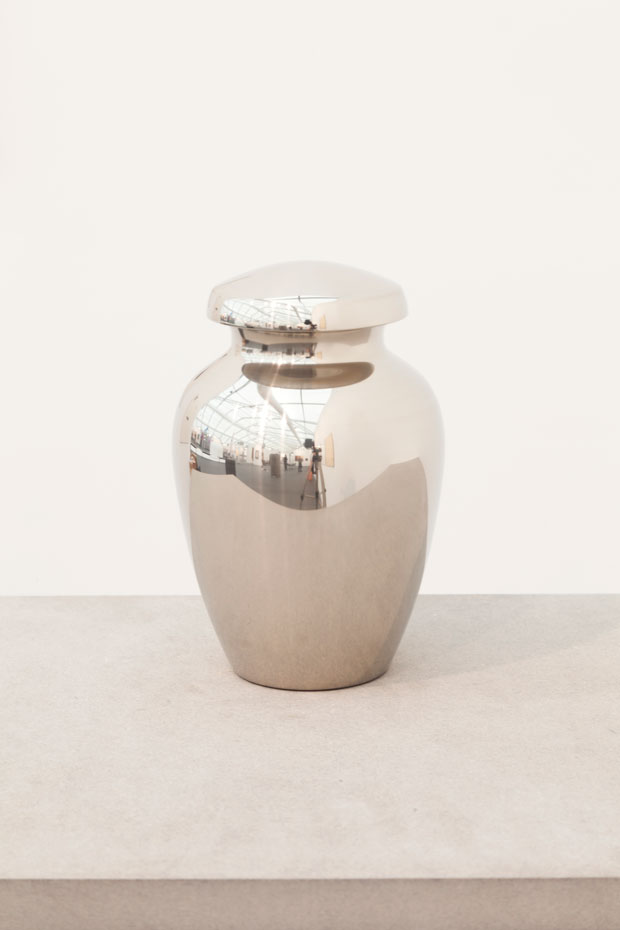 Lapses of temporal and linguistic dimensions flow into an eternal present and an indefinite space that leads the spectator to ponder the dimension of the cyclical nature of events and subjects. In short, infinity. The same infinity contained in the urn by Steve Bishop (b.1983, works in London) that spins at such high speed (3500 revolutions per minute) in Supportico Lopez’s booth that it appears to be still. The urn is a symbol of memory and past lives that all time and space contain and reintroduces them at an inexhaustible and unfathomable rhythm. 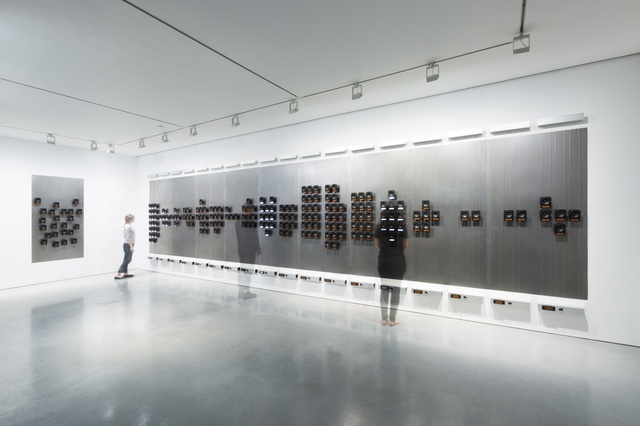 Pan-Anthem, the installation by Rafael Lozano Hemmer (b. 1967,lives in Montreal) on exhibit at the CarrollFletcher Gallery, creates the image of a tight and interminable grasp between a longing for freedom and national investments for military purposes. A wall of speakers, divided according to national capital invested in weapons, is activated as spectators approach and reproduces a choral version of the national anthems of the various countries. The rights of citizens who are forced and squeezed by a military economy. And the circle stays shut tight, yet again. Oscar Murillo (1986, La Paila, Colombia. He lives in London) expresses the work chain very well by tackling the slave conditions of workers in chocolate factories in Colombia with a multi-monitor installation, each of which emphasizes the permanent alternation between the rhythms of the streets and those of the industry in a ceaseless ricochet. A circle in which we live and with which we can identify, reluctantly and above all, resentfully. 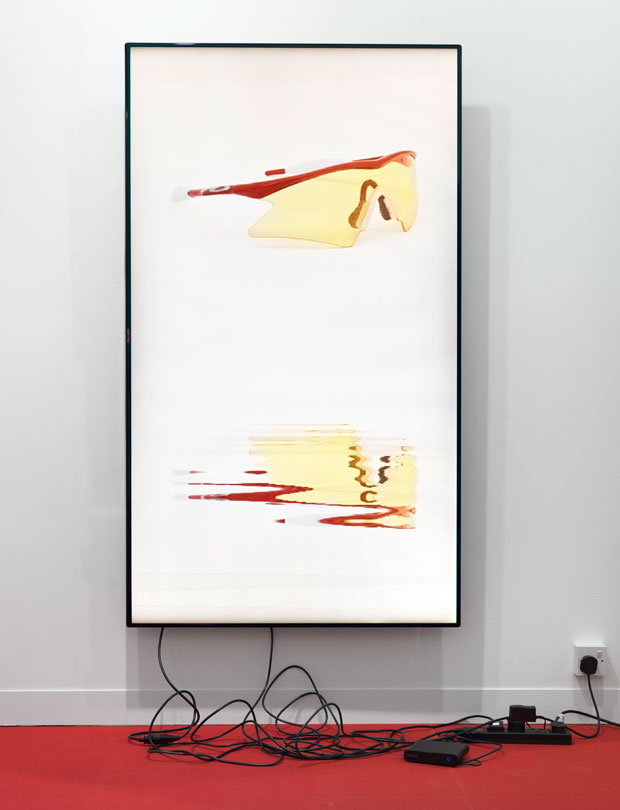 The videos by Cory Arcangel (b. 1978 New York) offer us liquid scenes that split in half and are liquefied: these works are part of the LAKES series, meditative flat screen videos obtained by using the Lake effect Java Applet popular in the 1990s. The effect is precisely that, an image reflected on a lake as well as that of a recollection. The artist chooses popular subjects (pizza, sunglasses, a girl with a wedding cake) in all their kitsch glory as he invites us to take a serious look how compulsively we photograph and file away images and subjects that have no value aside from that of the celebration of a single moment.

The Zabludowicz Collection features work by Lizzie Fitch (b. 1981 in Indiana and lives in Los Angeles) and Ryan Trecartin (b.1981 in Texas and lives in Los Angeles) which transforms the rooms of the gallery into a post-human world. Rugs, mirrors, sofas to lay down on and mirror ourselves with the characters presented in films, protagonists of an environment reduced to a video game scale, college kids who become evolved animations of their own experiments, inhabitants of a world somewhere between post-human and post-media. Kids that talk about the Net to the Net, subjected to and victims of the incessant external stimuli that come into their everyday space and are superimposed to their personal choices, denying them their privacy and free will.  Priority Innfield (open to the public until 21 December) is the expression of what Trecartin defines «transhumanism» or the way of life and the aesthetics of the computer age. This puts us in front of a series of questions and alarms regarding the issue of a post-internet identity, of its numerous dimensions and the crude pop culture found on the web.

A bit like the Pinterest Reality that Ed Fornieles created at the Chisehale Gallery, a domestic space (clearly invaded by many monitors placed by a bed, a table etc.) in which a series of performers activate the exposition with everyday gestures such as sleeping or texting in an unending precarious balance between being offline and online, between the triviality of movements and the dystopic reflection in them. 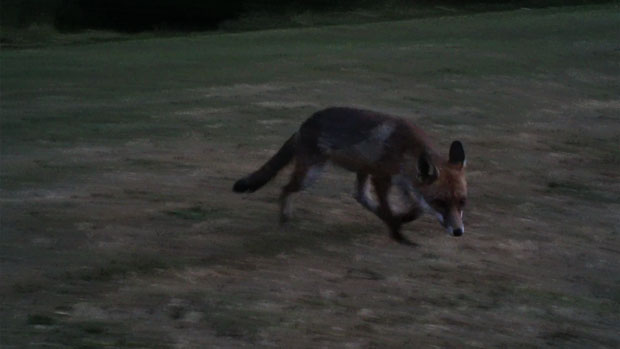 The video installation Grandma’s dream by Laure Prouvost (b.1978 Lille, France and lives in London), recipient of the Turner Prize in 2013, features the artist and the public with her as they are projected onto a grandmother’s dreams and hardships. A dream capable of creating a suspended atmosphere that is absolutely enchanted: skies inhabited by fruit-filled clouds, conceptual art like our daily bread, phone calls with supreme beings etc. An atmosphere that is very seductive but it also urges us to rethink what we actually confuse with a technological dream. The love and gentleness that is lacking in our everyday lives as an antidote to our fears and battles. A mellow voice as the phantom of our desires. Sounds that can be identified as somewhere between lyric and strident. Images that are somewhere between ethereal and pop. Syncopated voices and bitter sounds accompany images of phobias and violence. Superimpositions of levels, rapid editing and filming that follow our eye movement while we sleep. The duty of art has always been that of offering us a magnifying glass onto reality. Now that there are obviously many forms at the boundaries of physical space and the social space on the net, what will be the developments in the art world and, above all, in our society?