For centuries humans have attempted to create machines that simulate life — from 16th century animatronics to pre-cinematic moving image devices. The 19th century was dawning of the age of wheel-based motion machines, for example, bicycles, cars, and trains. This wheel-based technology gave way to the moving image, cinematography, the illusion of motion in the 20th century. An image that could actually imitate movement was a radical step towards the simulation of life, because hitherto, from painting to photography, images characteristically had been of a static nature.

With the development of color and sound cinema, we have come close to an imitation of life: people, animals, and objects can be captured or animated by camera technology with »high fidelity« to their locomotive action, their moves, conversations, and expressions. The transition from moving machine to moving image is visually evident. 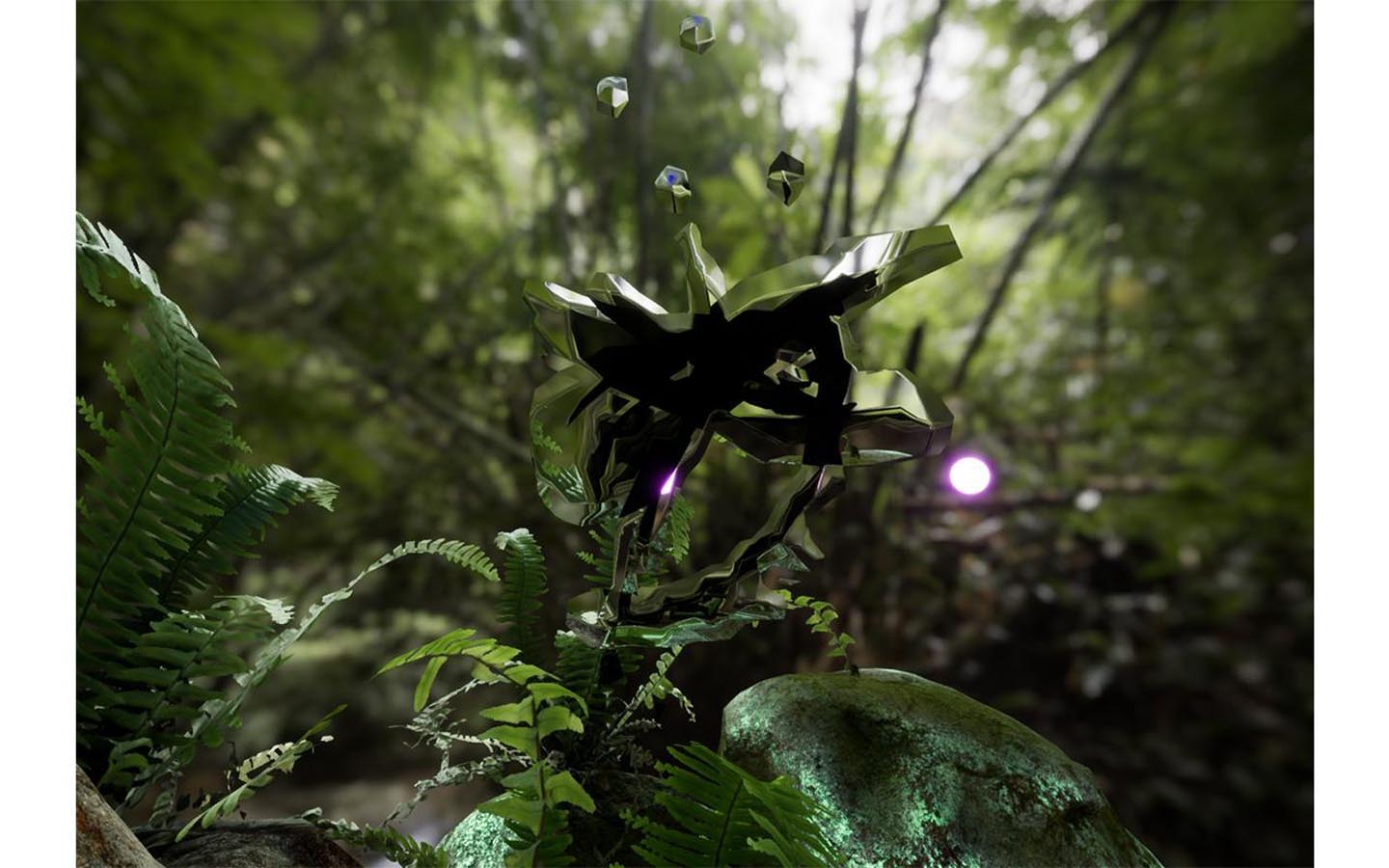 In the 21st century, the idea of media simulating life becomes even more realistic: real motion and an input–output relation, which we call »participatory interactivity«, are very like a living organism which responds and adjusts to actions by living beings or the environment. Beginning with the simulation of motion and progressing to kinetic art and cybernetic theory, the simulation of life and life systems through artificial intelligence and generative technologies have led 21st century humanity to reckon with machines on an existential level. 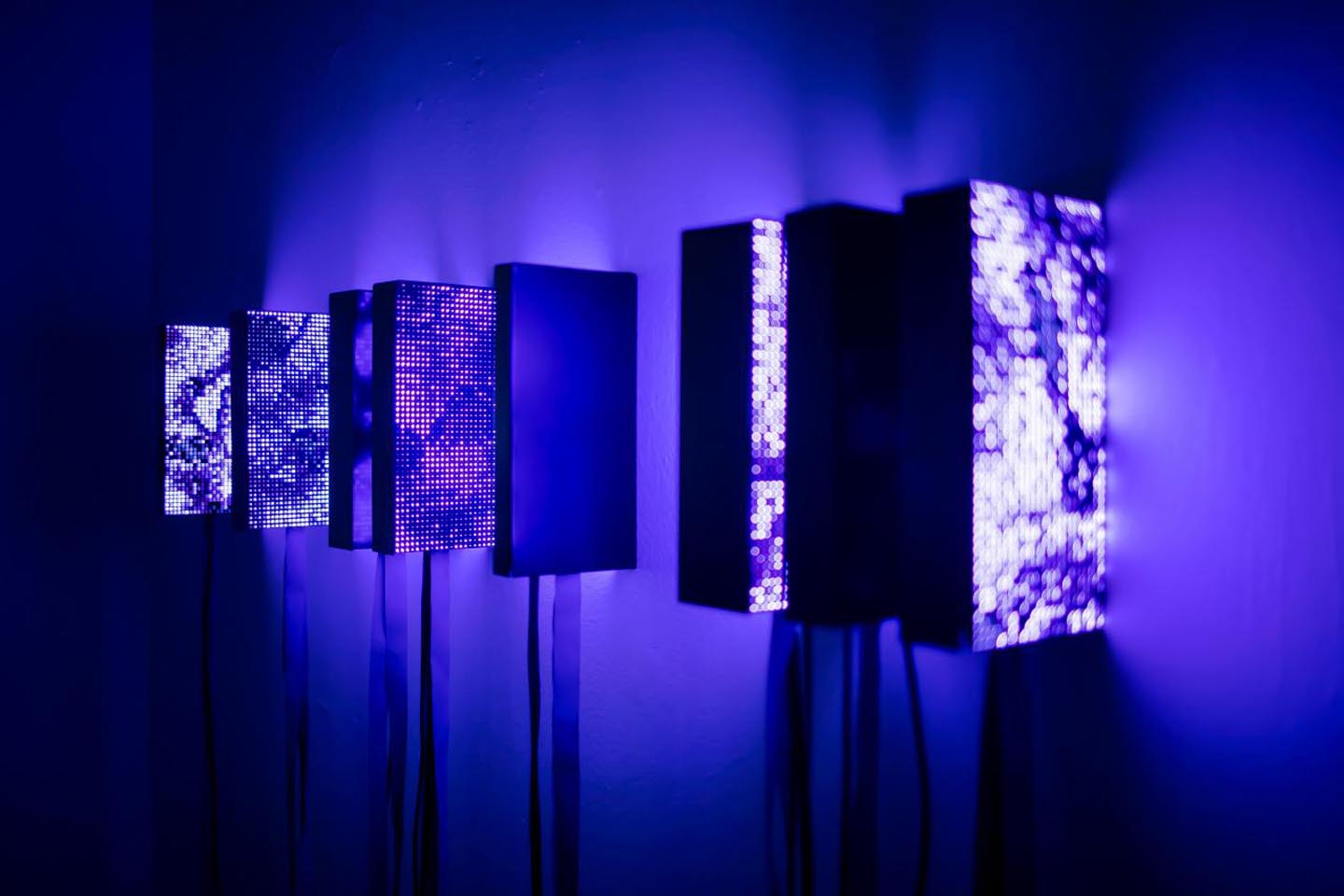 This became possible in three steps: virtuality, variability, and viability. Building on each new development, the virtuality of photographic images set the stage for virtual electronic systems to produce, process, and store digital images. The virtuality of media storage in electronic systems enables the variability and versatility of images’ content, which in turn introduces viability of behaviour of the images.

Media systems transgress the simulation of motion and simulate many aspects of living organisms, of life, from intelligence to empathy. It is this behaviour, namely media, that exhibit life-like actions, that we call BioMedia or biomimetic media. 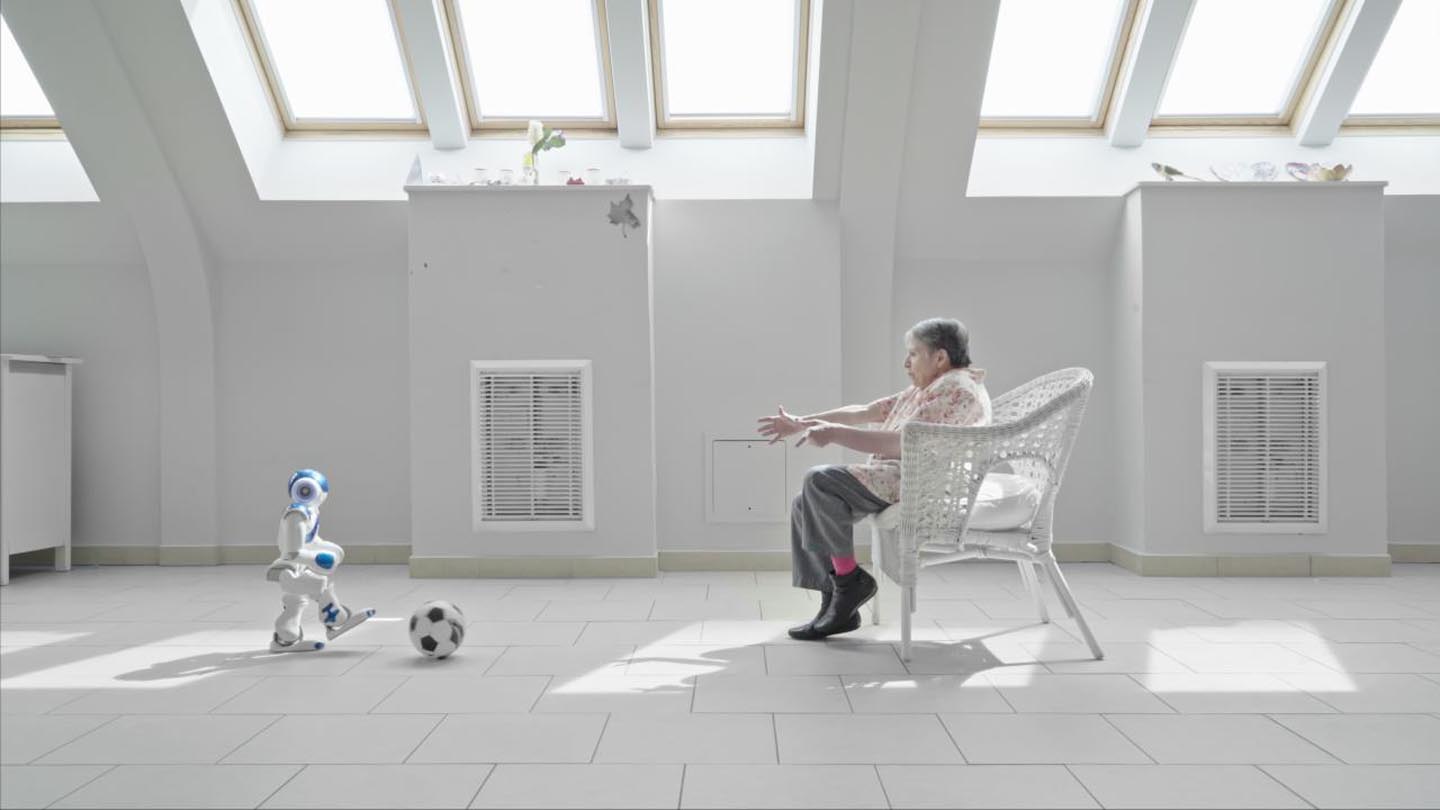 The exhibition investigates different forms of artificial agents and environments, as well as their behaviour and interactions with other entities within hybrid contemporary ecosystems. Some of these agents are digital computer-generated and computer-simulated systems that evolve on a screen, while others include complex adaptive robots that have a physical presence in space and can manifest biomimesis as search mechanisms, swarm intelligence, self-preservation, and so on. Nevertheless, they imitate, demonstrate, and simulate life-like behaviour by responding to stimuli in unpredictable ways. The artificial agents shown in this exhibition ignite questions about self-sustaining nonorganic life by presenting their ability to interact with each other and with humans and nonhumans alike, as two-dimensional images, three-dimensional objects, and multidimensional quantum models. It is such dynamic systems at the intersection of art and science that the exhibition explores  both in terms of their possible applications in real life and in their quality to fuel our imagination. 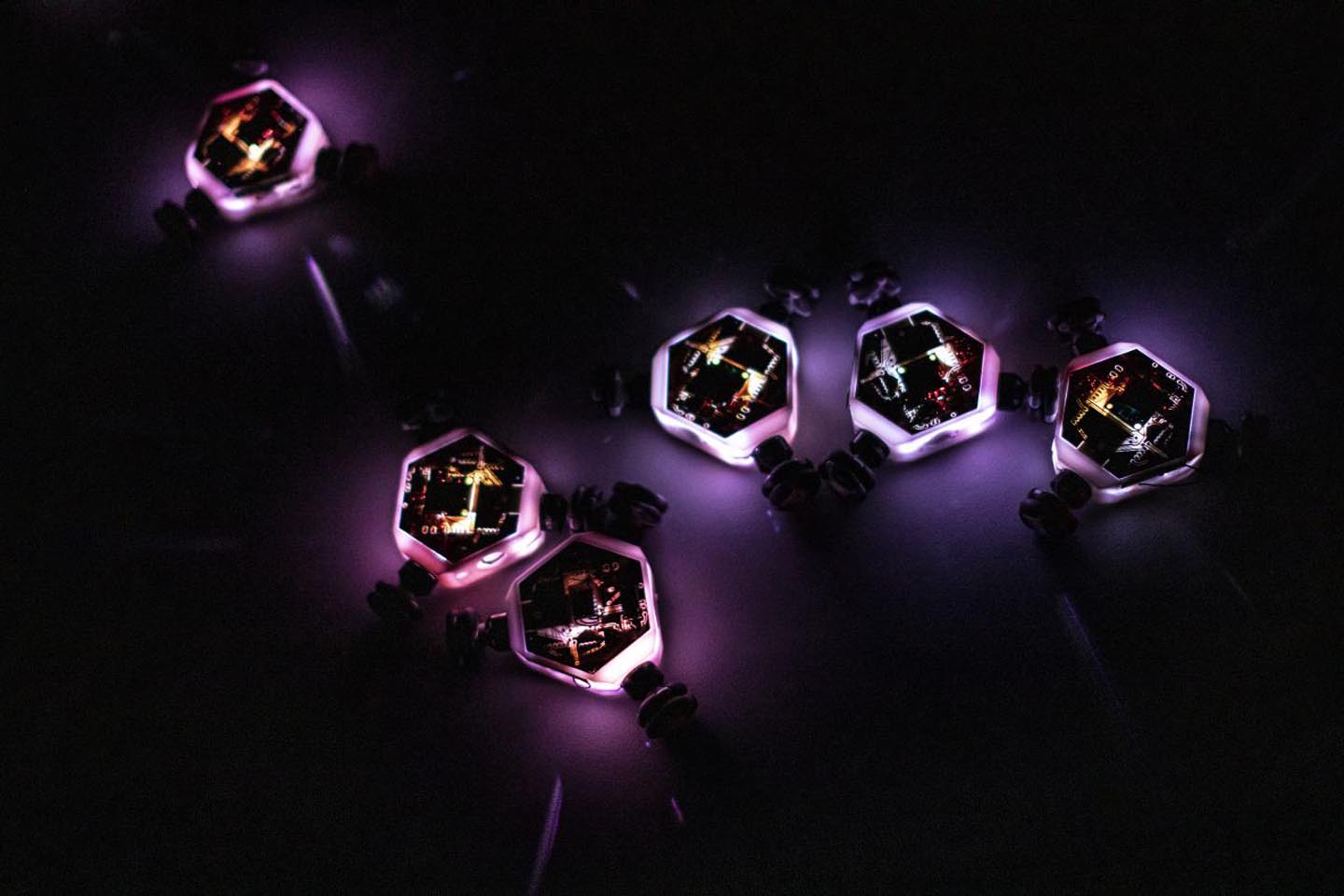 “BioMedia” provides insights into possible modes of cohabitation with artificial life forms. Thereby, the existence of organic life and artificial agents are not mutually exclusive. Instead of thinking in competitive or antagonistic terms, “BioMedia” proposes to imagine our relationship with artificial agents in multiple strands of interdependency. New methodologies and ideologies need to be investigated to answer the question of how we can enhance and sustain life in an alliance of human and more-than-human technological entities – in particular regarding the backdrop of the profound ecological crisis, mass extinction, and human-made climate catastrophe. 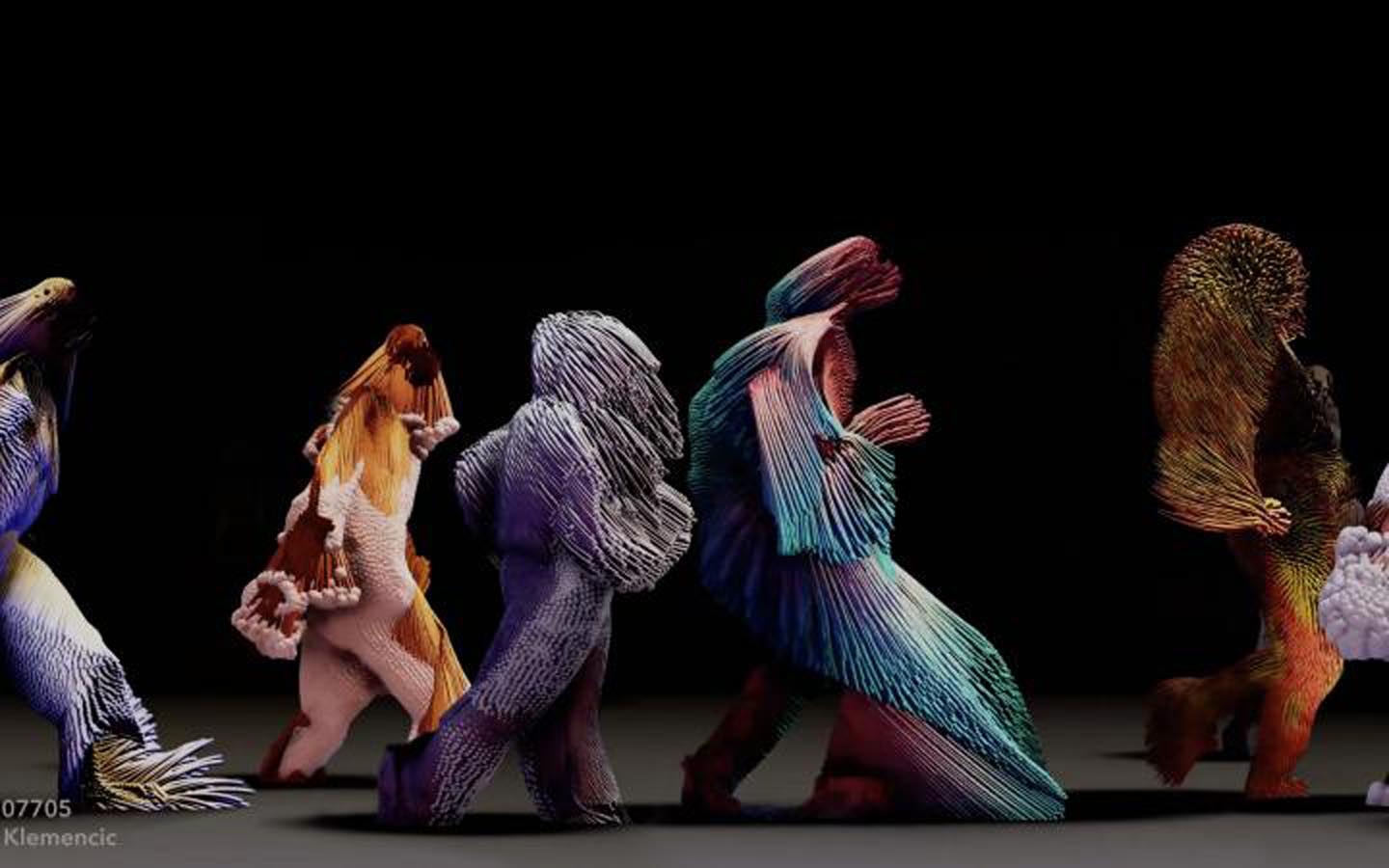 Utilizing a biophilic approach in order to embrace the diversity of life on the planet, this exhibition proposes to include not only carbon-based life, but also inorganic life forms in the network of the natural ecosystem and social relationships, thus questioning taxonomies developed in the natural sciences and the siloing of different branches of sciences and arts. The sympoietic community of the future will welcome artificial beings as part of a system of networks, relationships, and links between different disciplines, in order to tackle urgent issues and foster new solutions. Artificial agents might also take on the role of guides, regulators, cocreators, companions, and care-givers in these communities. At a time when there is an existential threat to our living planet, seeking new concepts and definitions of life has become more than just a philosophical undertaking, it has become a responsibility to life itself.