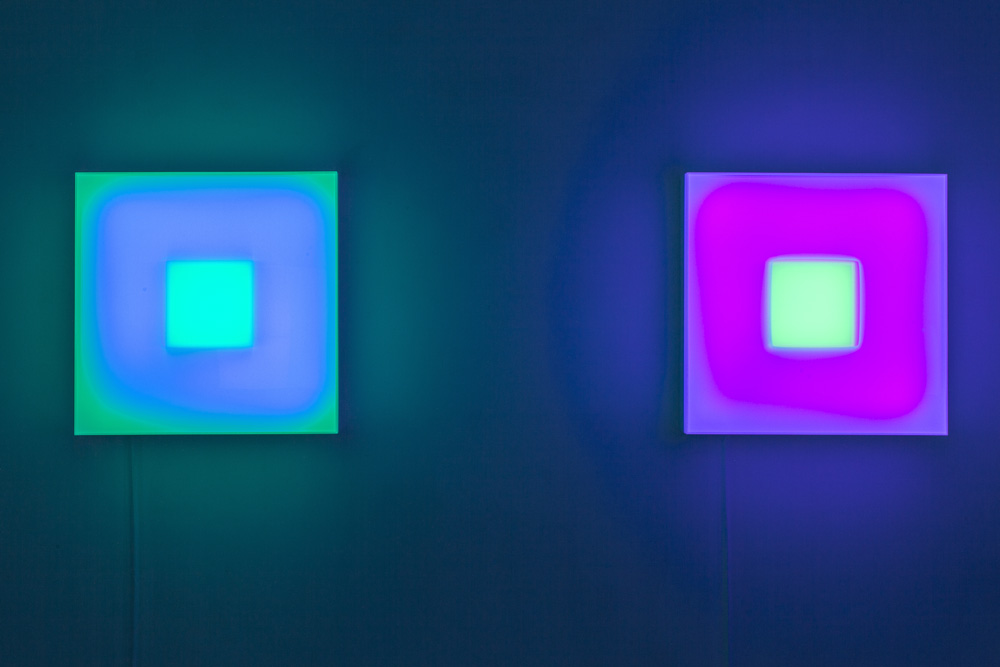 The vision of multifaceted composer Brian Eno comes to Rome, with an exhibition in the Valentina Bonomo Gallery that’s as light as it is engaging.British musician, player of multiple instruments, composer and producer Brian Eno  experiments with various forms of expression as a sculptor, painter and video artist. The pioneer of ambient music and generative painting, he creates soundtracks for films, sound effects for video games and ambient compositions. A “non-musician musician” as he likes to define himself, he shows an ability to get to grips with different mediums, blending music and figurative art to create authentic “sound landscapes” in which the audience is immersed. Using monitors and constantly moving images, he creates a playful fusion of endless variants of shapes, lights and sounds, where all is not always as it seems, everything changes imperceptibly, casually and inexorably, just as it does in life (77 Million Paintings).

“As long as the screen is considered a mere extension of film or TV, the future holds for us only a growing degree of hysteria. However, what interests me is breaking the rigid relationship between viewer and video; so that the former no longer stays seated, but observes the screen as one admires a painting”. Brian Eno

For this project, shown for the first time in a private gallery in Rome, Eno brings in two new types of work: light boxes and speaker flowers, to explore the issues that have always inspired his artistic research into vision and the manipulation of time, light and sound.

The light boxes are quadrangular structures on which light changes direction and intensity, revealing infinite combinations, seductive plays of light and shadow and self-generated colours. By means of a network of LED lights, each piece eliminates all temporal connections; without beginning or end, they create boundless cocoon-like spaces in which the viewer is immersed. 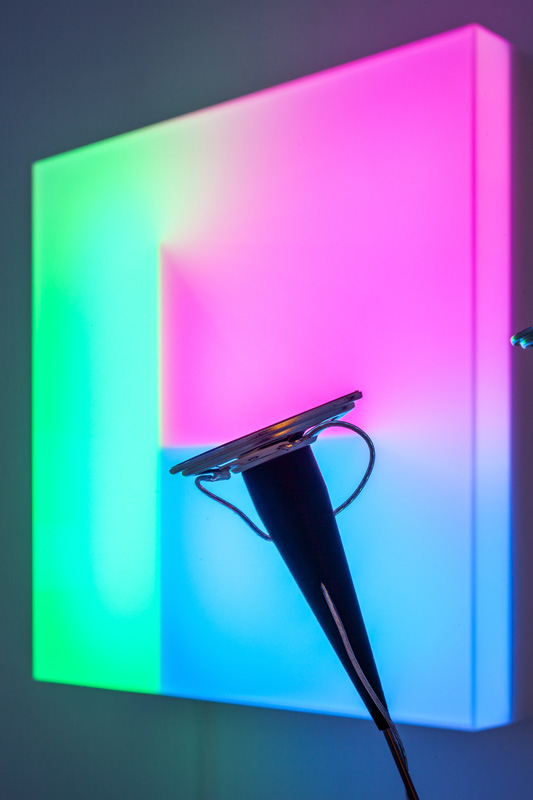 The speaker flowers, made of minuscule speakers mounted on long metal stems, oscillate with the sound they emit. Each element plays a different composition, and the music, combining in ever-different ways, sends the listener into a kind of idealised atmosphere. The viewer is  effortlessly immersed and temporarily abandoned to drifting in the ethereal space of the installation. (from the Italian press release) 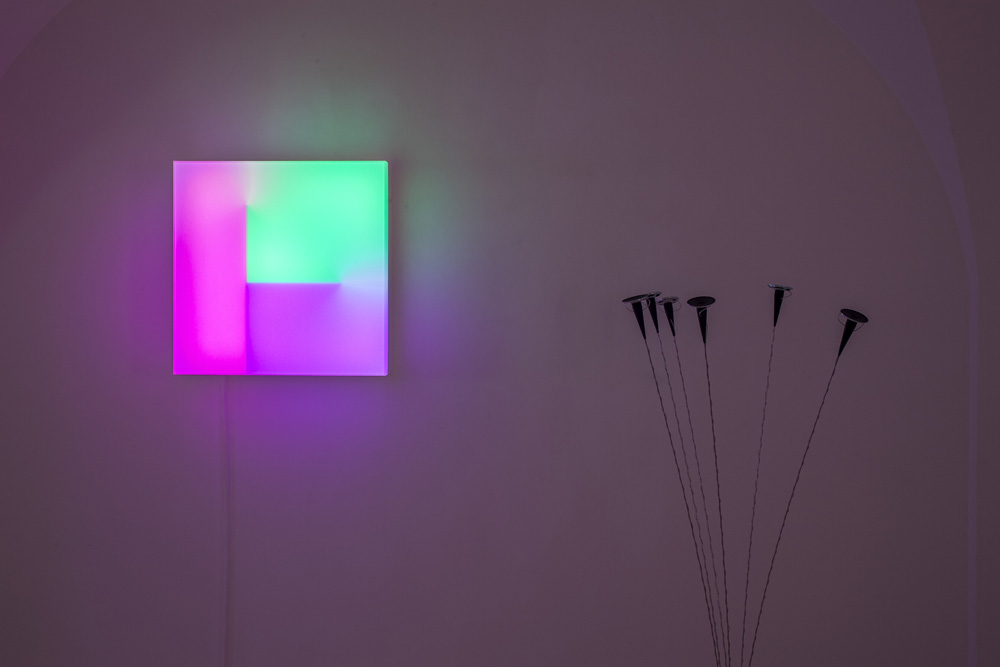 Brian Eno was born in Woodbridge in 1948 and spent two years at Ipswich College, where he experimented and deepened his knowledge and love of art in general and visual art in particular, before taking a degree in 1969 at Winchester School of Art in Southampton. He then worked in London as a multimedia and graphic technical artist. This highlights just how much study, theory and practise lies behind the invention and breadth of the artistic production of Brian Peter George St. John le Baptiste de la Salle Eno, British visual artist (since the late seventies he has exhibited in Tokyo, Cape Town, Rio de Janeiro, New York, London and Madrid), musician, singer, composer and producer. In the digital world he is mainly known as the composer of jingles and startup sounds used by the Windows 95 operating system. A forerunner of musical genres, including ambient, new wave and more recently new age, Eno has backed and produced albums by internationally known artists: David Bowie, David Byrne and his Talking Heads, Bryan Ferry and Roxy Music, Peter Gabriel, Ultravox, Philip Glass (“Bowie&Eno meet Glass”, 2003), Paul Simon, Laurie Anderson and Grace Jones, U2 and Coldplay. His Italian collaborations include working twice with Teresa De Sio, on “Africana” in 1985 and on “La storia vera di Lupita Mendera” (music by Teresa De Sio, Michael Brook and Brian Eno), for the 1988 album “Sindarella Suite”; and the Mimmo Paladino/Brian Eno exhibit-event “A work for the Ara Pacis” in Rome in May 2008. This was the first site-specific event at the Ara Pacis museum, with music composed by Eno for Paladino’s sculptures: two undisputed greats of contemporary culture. Another fruitful and memorable partnership was with the extraordinary British singer, mime artist, actor, painter, multiple instrumentalist and composer David Bowie, aka “The Thin White Duke”: between 1977 and 1989, Brian Eno worked with the genius Bowie on the albums known as the Berlin Trilogy: “Low”, “Heroes” and “Lodger”, Bowies’s most experimental phase. Eno’s most recent musical release is “High Life” (2014), a collaboration with Karl Hyde. In 2009 he was invited to produce an installation for the iconic Sydney Opera House in Australia. 2013 saw the publication of the book “Brian Eno: Visual Music”, written by Christopher Scoates in conjunction with Eno, an anthology of his work, a kind of catalogue of an imagined and longed-for exhibition, which opened the way for future exhibitions by the artist from Woodbridge, including the one held at Bari’s Teatro Margherita.

To the Roots of Geometry