To the Roots of Geometry 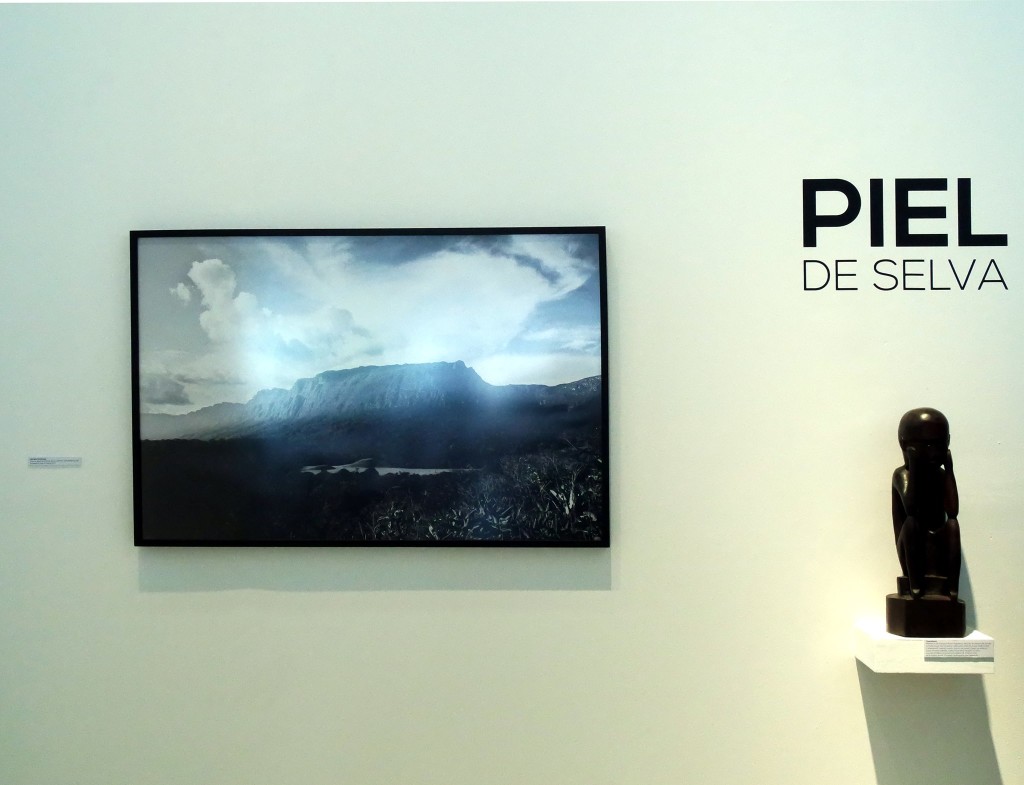 At the Sala Mendoza in Caracas (housed in the Eugenio Mendoza building at the Metropolitan University), the Piel de Selva exhibition presents a discourse on the anthropology of art which sheds a geometrical light on the reflective platform, with a project whose elegance is reminiscent of the kinetic era, the most representative figures of which remain undisputed and brilliant. It also revisits an atavistic taste which makes the optical dimension the place for a reflection in which old and new blend to trace a luminous path where symbols and strategy are aligned with the story of man and his ideas. 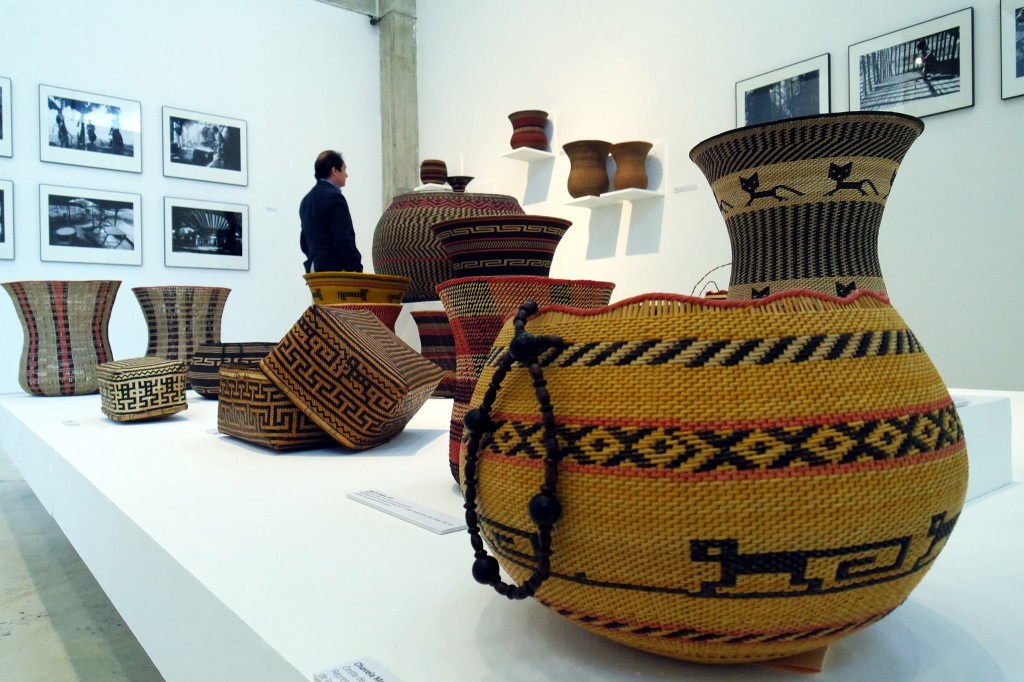 Alongside a series of incomparable artefacts: a ritual suwi weapon created in 2007 by Germán Rodríguez, a series of masks (the 2015 one of Daniel Torres arouses respect and fear) or animals  (jaguar, monkey) from South American forests – in which magic and everyday life live in close proximity – there is a procession of small chairs, fish traps and wonderful baskets, accompanied by a double photographic narrative which focuses on the making of society and its internal metamorphoses. Indeed, while a series of photographs taken in 1964-65 by Barbara Brändli (born in Schaffausen, 1932) show an uncontaminated landscape and people wearing very few clothes in a dialogue with nature, an array of recent images taken by Mariapia Bevilacqua (author, among other things, of L’arte yekuana. 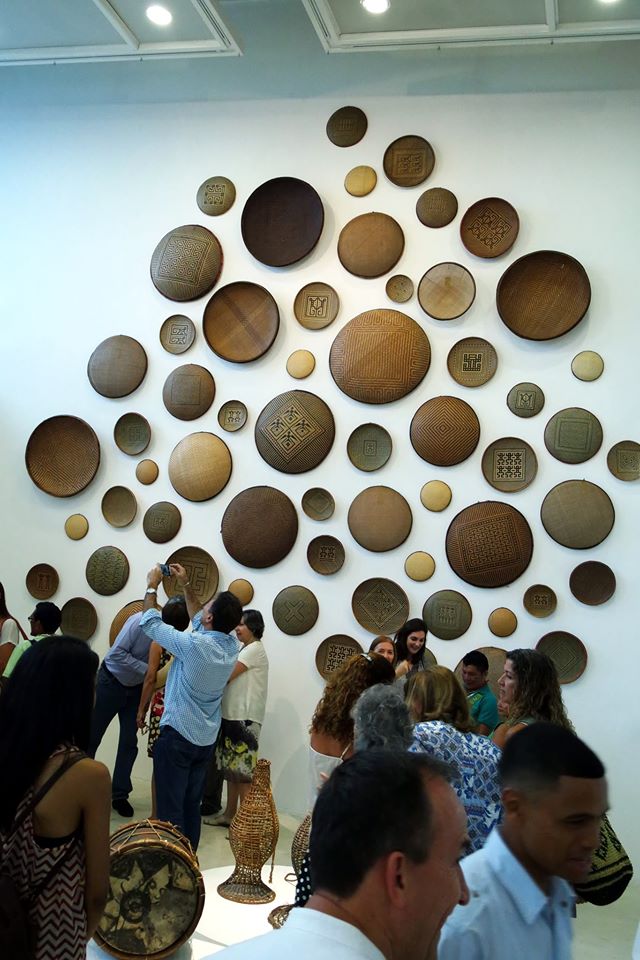 Patrimonio mitologico, innovazione e talento creativo), depict the metamorphoses of the Ye’Kwana society (Patricia Velasco Barbieri, director of the Sala Mendoza, informs us that some of the people portrayed even have Facebook pages); its inevitable alterations,  its acquisition of technology and its gentle falling into western styles. But they also show the creative forms that resist this, and the warm roots of geometry. José Martínez Gómez’s kanwa basket (2012), Cecilia Garcia’s jööjö (2013), Zenaida Díaz Velásquez’s wüwa tumenukato (2012) or the waja versions (2009-2012) by Roberto Domínguez, Francisco Rodríguez and Ernesto Guevara,  display the fabulous geometric designs of nature, lively and happy compositions which astound us and remind us of the kinetic elegance of Jesús Rafael Soto or Carlos Cruz-Diez. 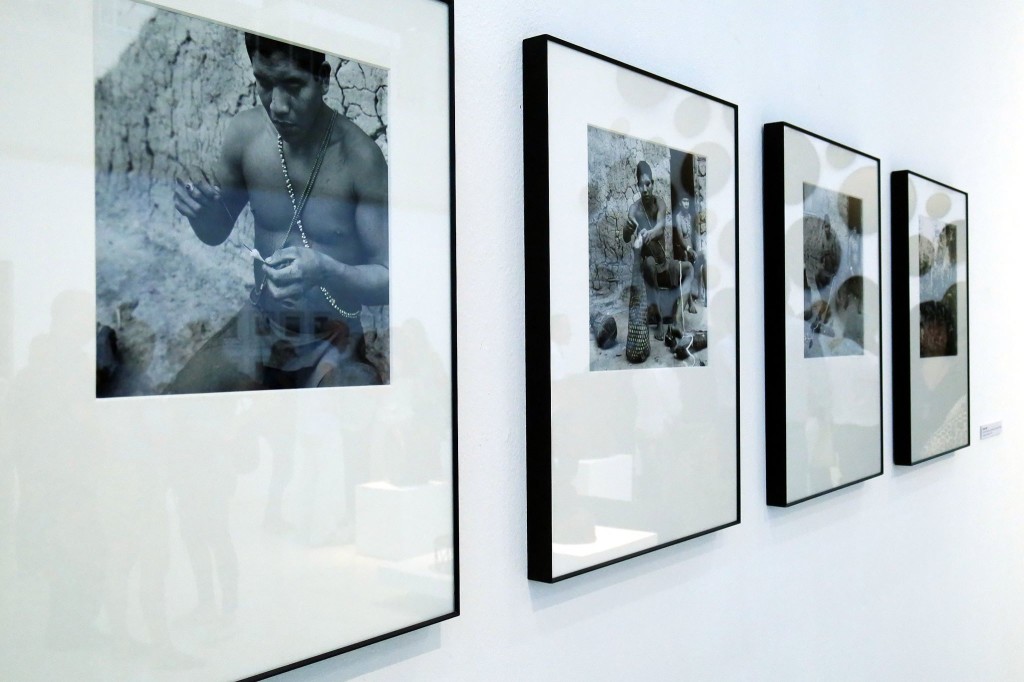 Although they are linked to the experimentations of Getulio Alviani, Enrico Castellani, Gianni Colombo (and a whole  line-up influenced in Italy by Lucio Fontana), to certain phenomena produced by Futurism and to certain analyses presented by Duchamp, on closer inspection the artists of arte cinético manifest a particular attitude, a particular  furor mathematicus, a visual flavour whose taste is rooted in the past and which spills elegantly over into the present of life and art.