Carlo Zanni has always been engaged in the representation of the elusive contemporary landscape, increasingly built with, through and around information. Data and its movement in real time has often been the material (and content) of Zanni’s work, together with relatively more traditional materials: painting, sculpture and video. The creative moment in his more experimental works has always stimulated inevitable questions: If the art you make is a file, what do you sell? How do you sell it? How much do you sell it for?

It all started with a series of GIF works, saved in video format, in order to take part in an exhibition at MoMA/P.S.1 in 2001. The work, kept on files such as video-GIFs, has been one of the many ways of formalising artworks in the digital age. These new works are increasingly more complex and experiment with the risk of including the flux of data, situating this at the core of the work. This represents a risk because the collector, institution or private individual is unlikely to feel safe when purchasing works of art that may escape their control, that are to a certain extent ‘living’.

We have only to think of Zanni’s portrait-sculpture series Altar Boys, where the physical features were completed with software linked to a server with internal content, or the short films defining a new form of cinema for which the artist himself coined the term DATA Cinema, also dependent on data extrapolated in real time. My Country is a Living Room (2011) is a poem also composed by means of a generative approach using Google Scribe, a web tool no longer in use that automatically completed a text.

In the case of all these works Zanni created alternative forms to the ‘live’ version, aided by data archives that would survive over time and seek a dialogue with the market without giving up on research and experimentation.

Ubiquity and reproduction are contrasted in multiple works. Even the simple video format has found itself being ‘othered’, incorporated in ViBo (video book), conceived by Zanni as video-books intended to circulate at low cost and with a large number of editions – a distribution model of the near future. 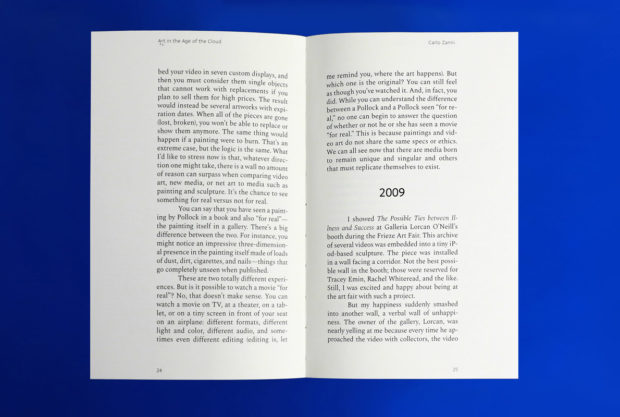 The book follows non-linear time. Each chapter marks the passing of time focusing on different years. The reader is constantly taken backwards and forwards, events and timeframes are linked through brief flashes. Biographical details connected to Zanni’s work are interwoven with popular current events: the birth and triumph, for a time, of Napster[1] or Wikileaks[2]. 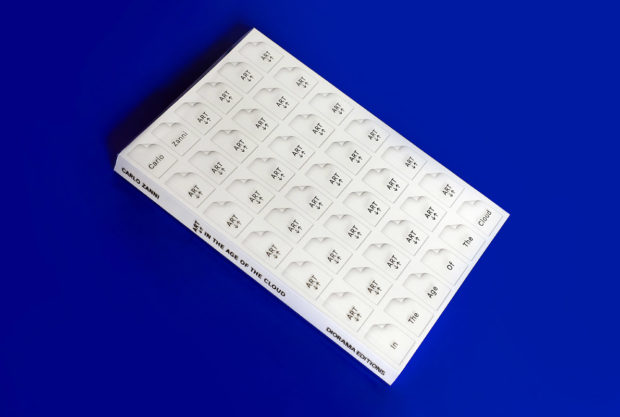 Time is not limited by the dates marking Zanni’s life. Rather, it extends to important moments representing contemporary life or those inspiring more conscious reflections. 1936, for example, forms part of the artist’s biography because this is the year the well-known book, The Work of Art in the Age of Mechanical Reproduction, by Walter Benjamin was published – an essential text to understand new reproduction and distribution channels and the concepts of originality and possession in art. 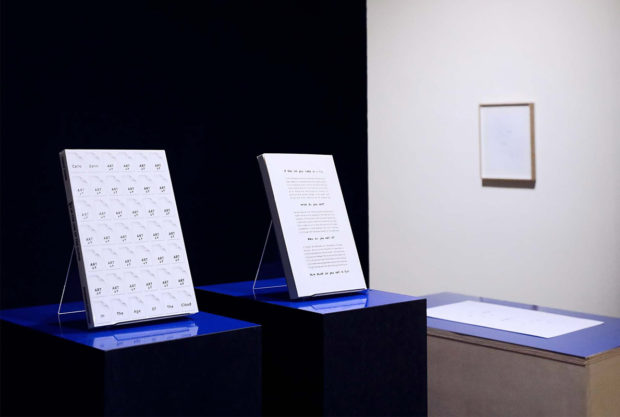 Is it not data which defines the profile of the contemporary landscape, the profile of both the individual and social man?  Dataism, a term that indicates a world defined by Big Data – first used by David Brooks in the New York Times in 2013 – was further radicalised in the 2016 Homo Deus by Yuval Noah Harari as an established fact. Man’s role and the space he operates in is now reduced to the one of a Chip servicing the data processing system. If this is true, man must feel the urgency to radically redefine all parameters, establishing himself in a liquid world that has become an embryonic container embracing humanity. Art in the Age of the Cloud is an artist’s book, a biography and a tile of a huge mosaic, yet to be reassembled.

[1] Napster is a file sharing programme created by Shawn Fanning and Sean Parker, active from 1999 to 2001.

[2] Wikileaks is a non-profit international organisation launched in 2006 in order to anonymously receive secret documents via a protected drop box and make these available to the general public on its own website.

CARLO ZANNI, Art in the Age of the Cloud, Diorama Editions, 2017