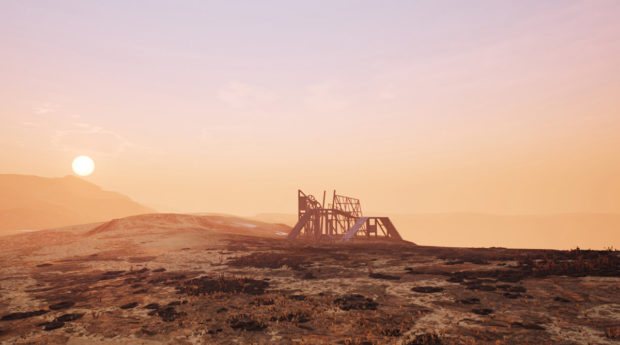 The artist Carola Bonfili is presenting her latest project at smART in Rome. She has always been engaged in interdisciplinary and trans-media research focusing, in particular, on different perceptions of space. Her starting point and source of inspiration is 3412 Kafka, the name of a solitary asteroid in the Earth’s galaxy which Carola Bonfili accidentally came across during her research on Franz Kafka and his work. 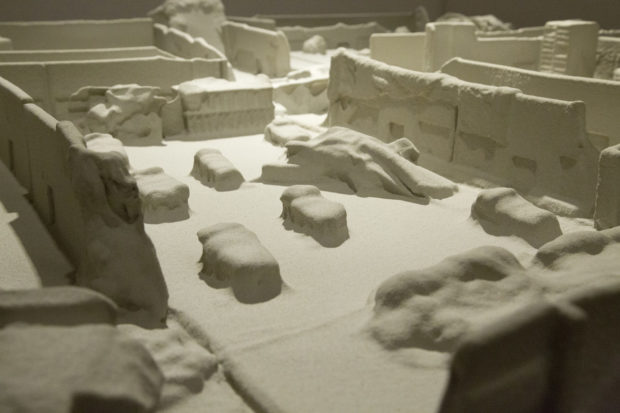 This space exploration in an imaginary dimension, suspended between an inner and outer world – between past, present and future – began with two workshops designed for primary school children, conducted by Carola Bonfili in collaboration with Irene Bianchetti: the first at a school in the Quarticciolo neighbourhood in Rome in 2015 and the second at smART in 2017. 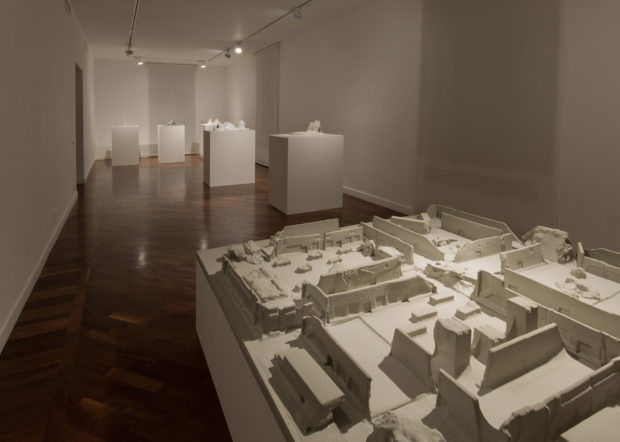 During the workshops, in which children were asked to imagine a planet, the experimentation with materials – in this case waste materials – and the language of technology – such as Morse code – reflects the artist’s creative focus. Carola Bonfili moves through and combines both physical and ephemeral space, advancing in a non-linear way. In doing so she weaves an embroidery, working and interweaving the threads into a skein rich in crisscrossed references: the material (cement, resin, marble dust) which the artist uses to experiment with space through various techniques in both her sculptures and landscape iconography, inspired by those imagined by the children, are reused in her latest original virtual reality project.

Bonfili’s research on various modes of perception, with solid foundations in both writing and design, is extended in this work beyond retinal perception and projects the physical into another dimension, also aided by the soundtrack composed by Francesco Fonassi. The aim is to ‘recreate a suspension in time for a few minutes that stops the constant flux of visitors’ thoughts (…)’. The experience spans different viewpoints which alternate in the space of a few minutes, but which extend to a universal idea. 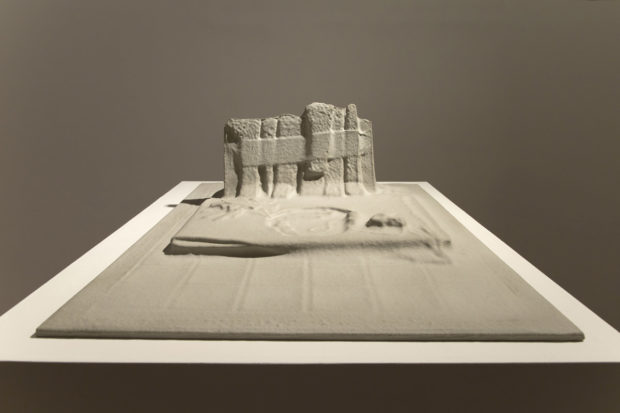 The graphic reproduction of sculpture references the work Metro-Net by Martin Kippenberg (1993). Kippenberg’s project meant to displace metro entrances in different parts of the world, thus dislocating the utopia of connectivity. This reproduction makes its appearance once again in the final scene of this virtual journey, which represents a point of arrival, but also a new departure for chapters that will follow in a work still in progress. 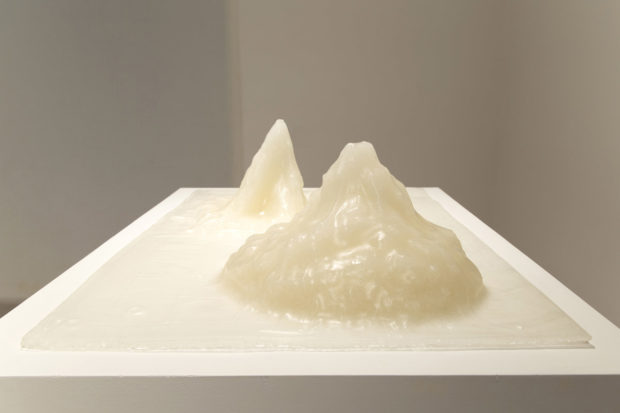 The project, for which the artist is in a certain sense the scriptwriter, or rather the stage director of a ‘theatre of citation’, as Amerigo Nutolo defines Carola Bonfili’s creative profile in his essay, materialises in the virtual reality computer graphics by IMAGO. This is a first chapter with which to draft an imaginary travelogue which from the point of view of the satellite, as suggested by the asteroid which inspired her title, looks towards the future. Bonfili’s roots are to be found in the literary imagination such as Philip Dick and J. G. Ballard science fiction, and in ‘matter’ itself with its huge imaginary potential, whether physical or ephemeral.