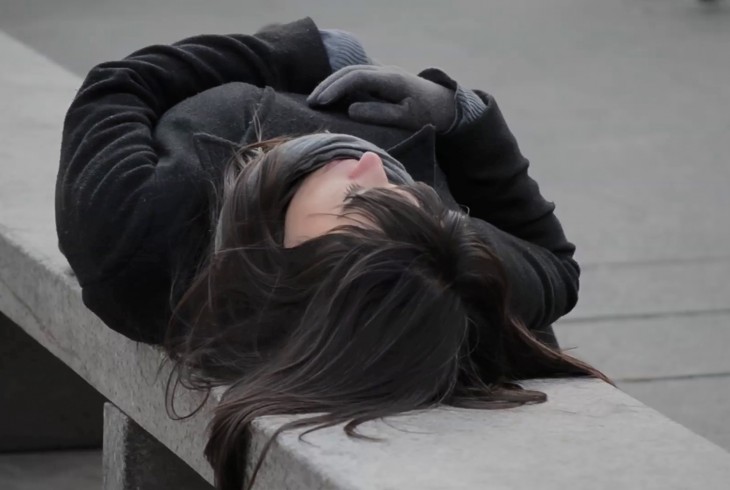 Chiara Mu is an extreme performance artist, if this term can be used to describe a way of working which does not spill out of the ephemeral dimension, which refuses to betray it by the production of multiples: video, photography or other means that fall outside the purely documentary.

Her performances take shape in a relational mode which involves every one of the viewers’ senses in an extremely strong emotional impact that literally repositions their perception of the body in space, often through one-to-one confrontations, sometimes in crowded situations. These are performances which, when experienced, inevitably bring about change, introduce a different perspective, call our fundamental beliefs into question and force us to look for new ones. From the starting point of an interior upheaval we must reconnect and reformulate the reality facing us, the one we believed was indisputably objective.

“Her performances” said art critic Pietro Gaglianò in a three-way conversation published on Arshake last year, “maintain a symbolic dimension and open up routes of vision and awareness independent of her subject matter”.

Today, presented by Daniela Trincia, Chiara Mu accepts the challenge of the Sound Corner, a sound space directed by Anna Cestelli Guidi. Located in the foyeur of the Auditorium in Rome, a prestigious venue where music meets performing arts, to date, has being hosting numerous Italian and international artists.

We wondered how Chiara Mu could translate the force of her performative presence through the medium of a sound installation. Once again she took us by surprise, swallowed us up in another dimension – or rather, multiple dimensions – those traversing a “non-place” where she once lived: Liverpool Street Station in London, her home for several years. The sound installed in the space is, in fact, an ambient recording of the station, captured by the artist herself on 14th December 2015.

The recorded voices mark the rhythm of everyday life of a station and become the background to an autobiographical narrative, recounted live in a performative act, displaced in time and fragmented into episodes. The narrative fragments transported Chiara Mu back in time almost to a state of transference, each in a different time frame and different circumstances, always punctuated by her waiting at the London station. 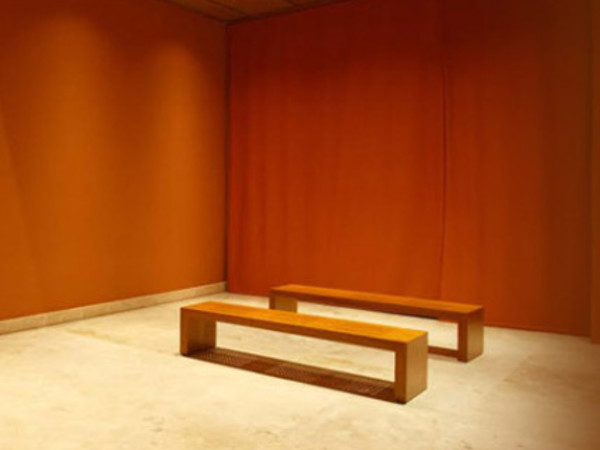 Here, the artist’s experiences mingle with the experiences aroused in each member of the audience by the combination of narrative and sound. Once more on this occasion Mu succeeded in creating an intimate atmosphere with the propensity for one-to-one rapport by creating for viewers a subtle game of slippage from voyeur to participant. One at a time we were invited to ask her what day it was. While answering, she created an atmosphere of intimacy through eye contact.

In the attempt to “reconstruct an emotional journey on the concepts of loss and the redefinition of roots, displacement and placement”, Chiara Mu has again succeeded in touching the emotional cords, in repositioning visitors in an in-between place somewhere between the emotions of her intense narratives and those rekindled in our own memory, inevitably stimulated by non-places. Chiara Mu’s soundscape awakens the emotions of past episodes in life, everything that the “non-place” of the station can unavoidably arouse.

To cross the auditorium’s foyeur and to stop for a while at the sound corner can possibly mean to live the stage connotated by the sound scenography where to set personal memories.In addition, for those who have experienced the episode of the performance, it will bring back their participation (and often emotional involvement) experiencing the condition of displacement, the same one that crosses non-places.