After eight years, the Rome Quadriennale is back, hosted in Palazzo delle Esposizioni under the title Altri Tempi, altri miti. Conceived to give an overview of the creative languages of the period following the year 2000, the exhibition is structured in ten sections. The curators of each section were chosen by an international panel following an open call in early September 2015. Domenico Quaranta, who curates one of the sections, entitled Cyphoria, tells us about his project – and his research – which focuses on the intertwining of the creative mediums with technology and the digital universe.

Let’s start with the title. In the text accompanying the show you explain that you took it from The Age of Earthquakes. A Guide to the Extreme Present (Shumon Basar, Douglas Coupland and Hans Ulrich Obrist), in which cyphoria is one of a series of terms used to describe the extreme present. The term Cyphoria is intended as “the belief that the Internet is the real world”. Over time, the artists you’ve invited have taught us to look objectively at the medium, to deconstruct its mechanisms, to acquire a certain awareness of how the world of capitalism – far from Utopian – is gradually swallowing us down into its own belly. Can you tell us how the works interpret the term cyphoria? Is there room for a future Utopia?

Exhibition concepts sometimes force the works into a precise discursive structure, in which each one is assigned a definite role. I respect this way of organising a show, and I’ve sometimes used it. However, in the case of Cyphoria, I limited myself to choosing works and artists that can offer a fresh, up-to-date view of the present: a view that’s in line with my own and which is obviously subjective and partial, but which occupies the space I felt was allocated to me when I was invited to tender for the curation of projects for the Quadriennale. My presence on that list was not a given: I attempted to interpret the meaning and responded with this show. Rather than offering a key to the interpretation of the works, the title outlines an atmosphere, a mood, a “state of things” in which, for me, these works acquire a meaning: that of the start of a millennium defined by the impact of the internet and digital technologies, and of our slow, contradictory yet inexorable, adaptation to them.

But let’s be clear about it: to say that the internet has changed the world is a complete truism which the covers of Time Magazine have been stating for twenty years or more; even making exhibition about the state of digital unease we live in might, today, sound a little outdated to an up-to-date audience, after the Berlin Biennale has crowned and concluded the cycle of post-internet hype. Cyphoria‘s originality and meaning lies in addressing this issue in Italy, talking about Italy through the work of Italian artists.

To answer your last question: there’s always room for Utopias, and that’s not always a good thing. But if you ask me if there’s hope for the future, the answer is yes. Fortunately, in our relationship with digital progress we’ve got over the stage of excitement and falling in love, and this makes us more knowledgeable, more realistic, more clear-headed, more able to construct our future by exploiting the potential of technology and methods of communication, fighting to preserve them and planning their evolution. 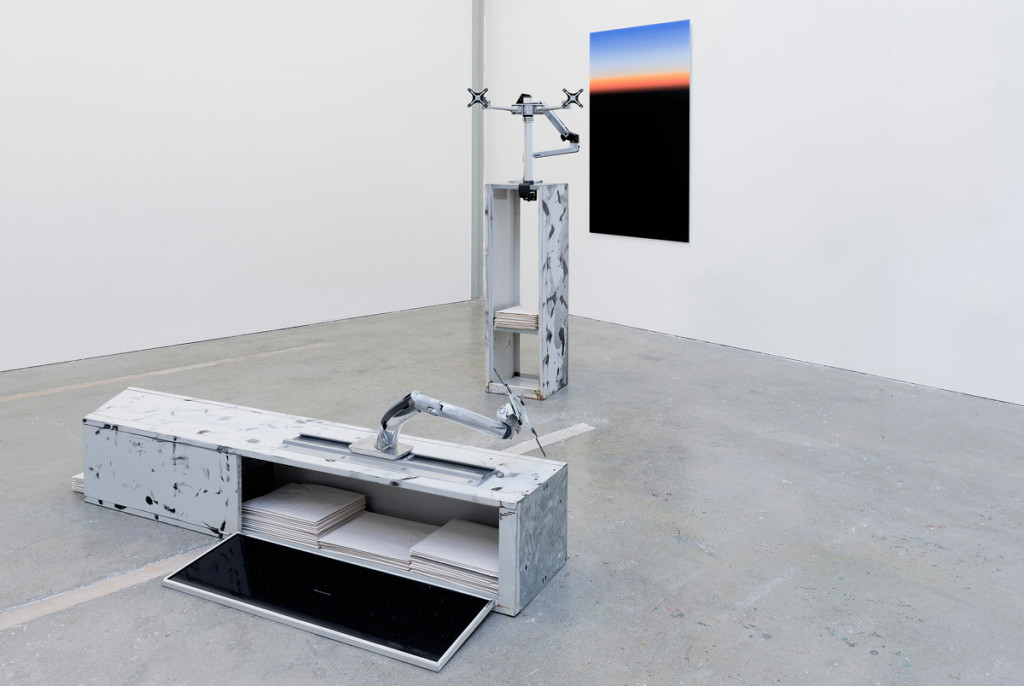 What are the selection criteria for the artists you’ve invited to illustrate cyphoria?

The Quadriennale was looking for recent works by Italian artists who began and developed their work between 2000 and 2016, either Italian nationals or resident in Italy. I chose artists and works that would help me to sketch out the picture I was talking about above. Some of my personal guidelines were: the desire to adequately represent at least three generational moments, bearing in mind that the approach to the show’s themes and languages changes greatly depending on whether the artist began working in the late nineties, after the advent of smartphones and social media, or at the beginning of the current decade; the wish to place international artists whose presence in Italy is limited side by side with young artists undertaking their first major exhibition experience. For me, the Quadriennale is – or should be – a show grounded in research, which should create connections rather than relying on connections already existing: and I’m pretty proud to have proposed artists who haven’t been chosen by other curators; many of them not represented by any gallery and with little contact with the Italian institutional scene.

The eleven projects for the Quadriennale were selected by an international panel following an open call. The project you proposed focuses attention on a somewhat specific digital panorama, in line with your research themes. Until recently, this field of experimentation was considered marginal, even when it was the object of interest from institutions, particularly in Italy. Do you think the international makeup of the panel may have favoured an open-minded choice to include this aspect in the analysis of the current art panorama?

I couldn’t say. I believe the panel evaluated and thought highly not of my personal profile, which they already knew, but of my project in terms of the contribution it could make to the Quadriennale as a whole. Looking at Altri tempi, altri miti, irrespective of any judgement of quality, you get the impression of a well-balanced menu, conceived to provide a portrait – I won’t call it complete, but multifaceted at least – of Italy and Italian art, with its ancestral traditions and innovative thrust, intimism and politics, isolation and globalisation. The curatorial input of the selection committee is no less present than that of the ten curators selected.

Laocoön #D20-Q1 (2016) by Quayola has received a special mention. His sculptures encompass various levels of analysis of substance, form and perception, explored through confrontation with past masterpieces via the mediation of technology. His artistic practice moves on several planes without ever neglecting the formal aspect. Do you think this aspect drew attention towards his work?

There’s no question that this aspect, alongside his ongoing search for a dialogue with tradition – from classic to Baroque to impressionism – and the monumental materiality of his work, is a fundamental factor in the reception of Quayola’s work in general, and this series of sculptures in particular. I was very keen to have this work in the exhibition, because of its ability to unite in a single impactful image two different times (the past and the “future present”) and two ways of conceiving the image (the battle with material that is classical sculpture and the liquid malleability of digital data). In Ways of Seeing, John Berger underlines that it’s not our perception of the image that changes with the advent of mechanical reproduction: it’s the image itself that changes. The Mona Lisa is no longer Leonardo’s Mona Lisa. Laocoön #D20-Q1 tells us how, by changing our view of traditional images, digital technologies are changing the tradition.

The inclusion of Quayola’s works in the exhibition is particularly meaningful too at a time – which we arbitrarily call post-digital – characterised by a return to substance, to a new analogue, albeit mediated by technology. Can you give us a better idea of this and of the significance of his work within the show in this context?

Cyphoria is a show that speaks of a present steeped in mediation, but the only technologies we use in the show are screens, display technologies. All the works can be traced to fairly conventional and widely-accepted material categories: print, sculpture, installation, painting, video, performance. The few people that have made the effort to comment on the show promptly assign it to the “post-internet” category. I believe that the terms post-internet and post-digital marked an important moment in the story of the relationship between art and digital technologies: artists have developed an awareness of the methods and forms they can use to bring their practice and their reflections into the exhibition space; the public have realised that the disconnect between the age of art and the age of the devices used to photograph, manipulate, tag and post it was merely an illusion generated by a structurally conservative and backward-looking art world. Post-internet and post-digital, in other words, were a generational realisation which, as we speak, is losing its currency. Yesterday I was at Palazzo Strozzi to see Ai Weiwei’s solo show. Three quarters of that exhibition is post-digital in terms of production methods and post-internet in its themes and iconography. It seems to me that it no longer makes sense to use a terminology which attributes a certain kind of specificity to works like Quayola’s. Obviously this matter is still valid in Italy, especially in theoretical terms. I’ll ask you an impertinent question: would you have gone to see these works in Rome if they weren’t curated by someone known to be interested in post-internet, media art or whatever we’re calling it? What would the 2016 Quadriennale be without Cyphoria? How representative is a show of Italian art from the past fifteen years that doesn’t include Eva and Franco Mattes, Alterazioni Video, Quayola etc.? In spite of everything, there’s still a separation, and it’ll be there until there’s no longer a need for “specialised” individuals to introduce certain topics in the context of an institutional exhibition. 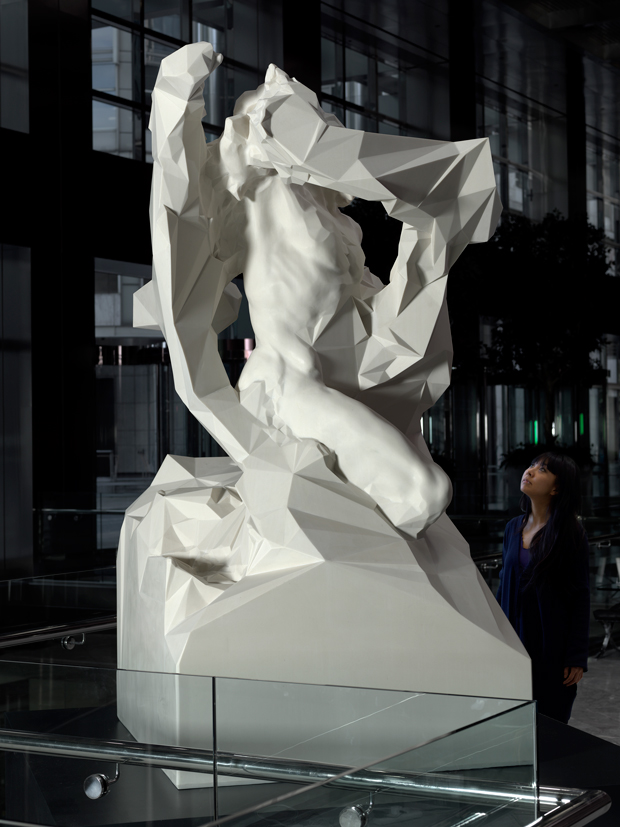 The term post-internet, the subject of numerous discussions in the mid-2000s within groups active in media art, today describes a condition which is increasingly all-encompassing and widespread in art and in life, and increasingly conveyed in hybrid, multimedia and interdisciplinary languages. In this context, can we still use the term media art? Can it still be considered a separate entity from other expressive languages?

It’s a complex question, which would need more than a few lines to answer. Post-internet was the way in which a certain strand of “internet aware” art manifested itself on the contemporary art scene. Beyond this, there still exists an extremely rich vein of media art which, for various reasons, does not find an outlet in the world of art, but in an infrastructure made up of institutes, festivals, production centres and centres for debate. In some countries there are even separate public funding sectors for visual arts and media art. This separation exists, it’s real, and even if we don’t like it, or don’t see the need for it, as long as the term media art exists, it will create its own need. If and when the term falls out of use, it could eventually survive as a strictly technical category (unlike post-internet, which describes not a genre or a language, but a trend). 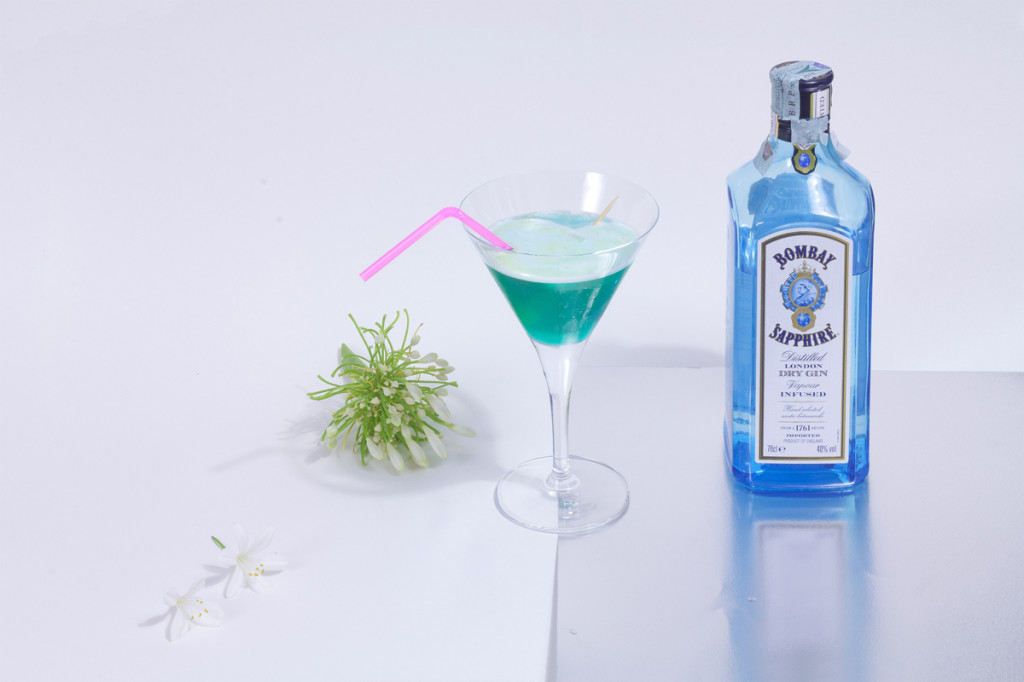 The Quadriennale aims to give an overview of the Italian art panorama. For your exhibition you have invited fourteen Italian artists. More than half of them have developed professionally abroad, and still live abroad. Do you think Italy is in debt to their work?

No, I wouldn’t say that. I’ve never liked the concept of the brain drain, and mobility between countries is a positive thing and has a long tradition within art, not always attributable to shortcomings in the artist’s country of origin. It’s true that in recent years Italy has shown scant acknowledgement of certain types of projects, and there’s a lack of infrastructure to sustain practices which hold less interest for major institutions and the market. 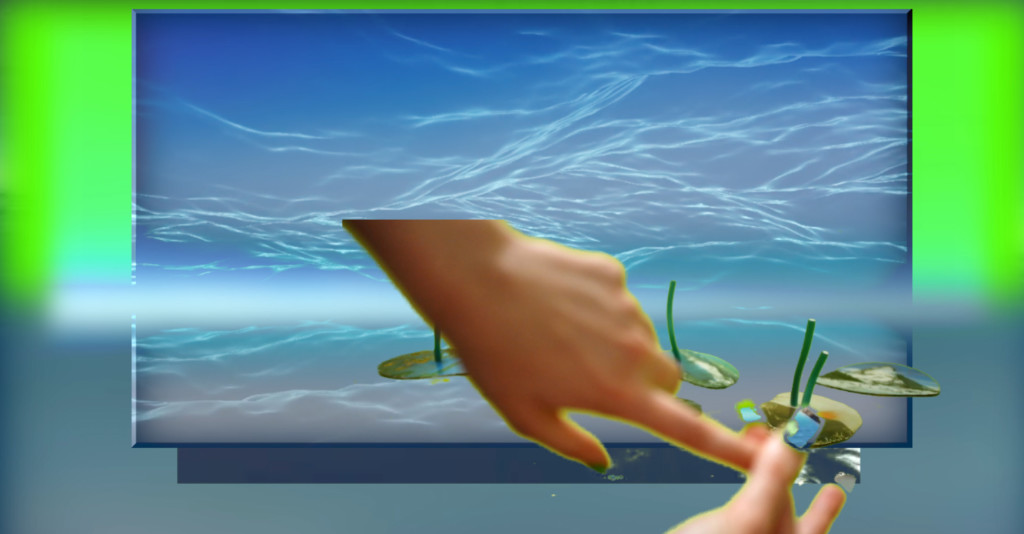 Is it possible to maintain a national identity today, in the global age?

It’s possible, but more than anything it’s a necessity. Globalisation must not erase difference, but feed on it. Which doesn’t mean to say there’s a clearly demarcated territory of contemporary Italian art, but there exists – and quite rightly – an Italian way of expressing globalisation.