Ciro Fundarò. «Everyone Is an Immigrant» 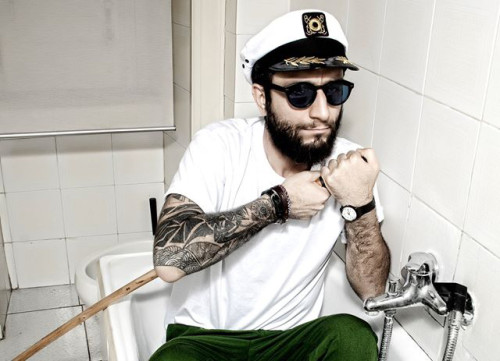 Ironic and caustic, the image of Ciro Fundarò that we are presenting radicalizes the trends of the moment – more specifically, the global selfie phenomenon – to create a constructive short circuit and to point out a process of critical dishabituation and political apathy towards some of the pressing issues striking the world. This self-portrait was taken during the migrant shipwreck in Lampedusa in 2013 to draw attention to the idea that the Gulf War never took place (from Baudrillard’s viewpoint) because the news is presented in such a way that has been filtered through channels of communication that are distant, absent and proverbial: linked to a linguistic buzz which transforms accounts of the facts into unbounded entertainment, into reflective devitalisation and global disinformation.

Ciro Fundarò, Everyone Is an Immigrant, 2013, self portrait, courtesy of the Artist