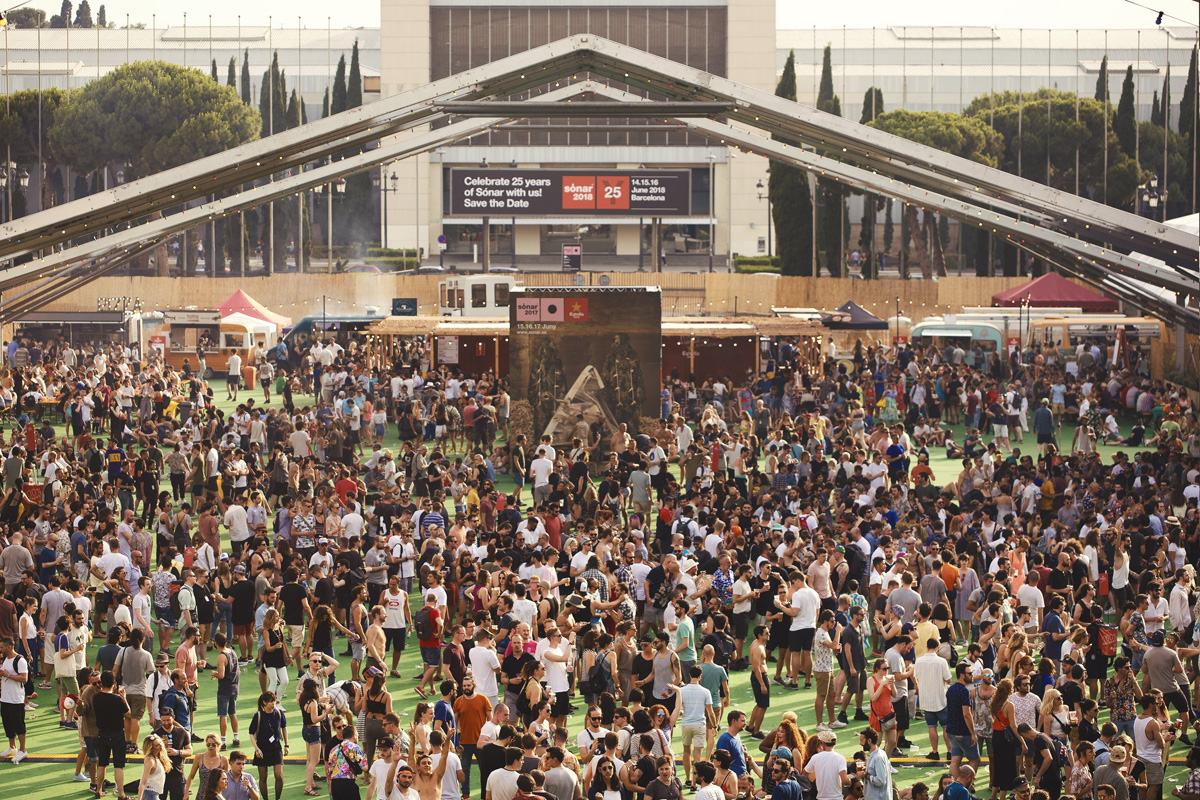 The 24th edition of the Sónar Festival in Barcelona came to an end last Sunday and was confirmed as one of the most important international reference points for the merger of art, electronic music, and the technology industry. As every year, the spotlight shifted from public to performing stage as in an ‘extended stage’. 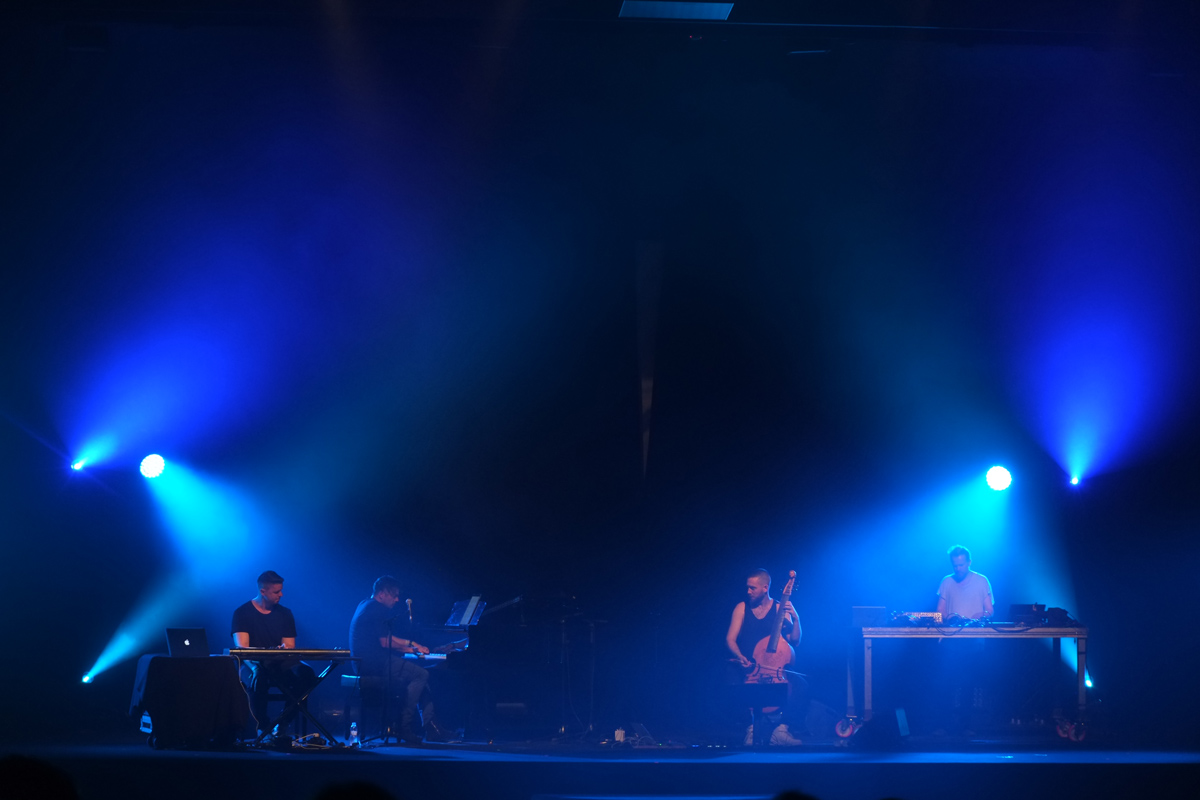 Concerts, music, audio-visual events and spectacular multimedia projects, once again, drew artists to Barcelona from all over the world. They were both young and established, giving shape to a vision of the future that focuses specifically on virtual reality and artificial intelligence, two sectors that are increasingly revolutionising our senses – and, as a result, our physical experience. These were this Festival edition’s themes and focus of attention. 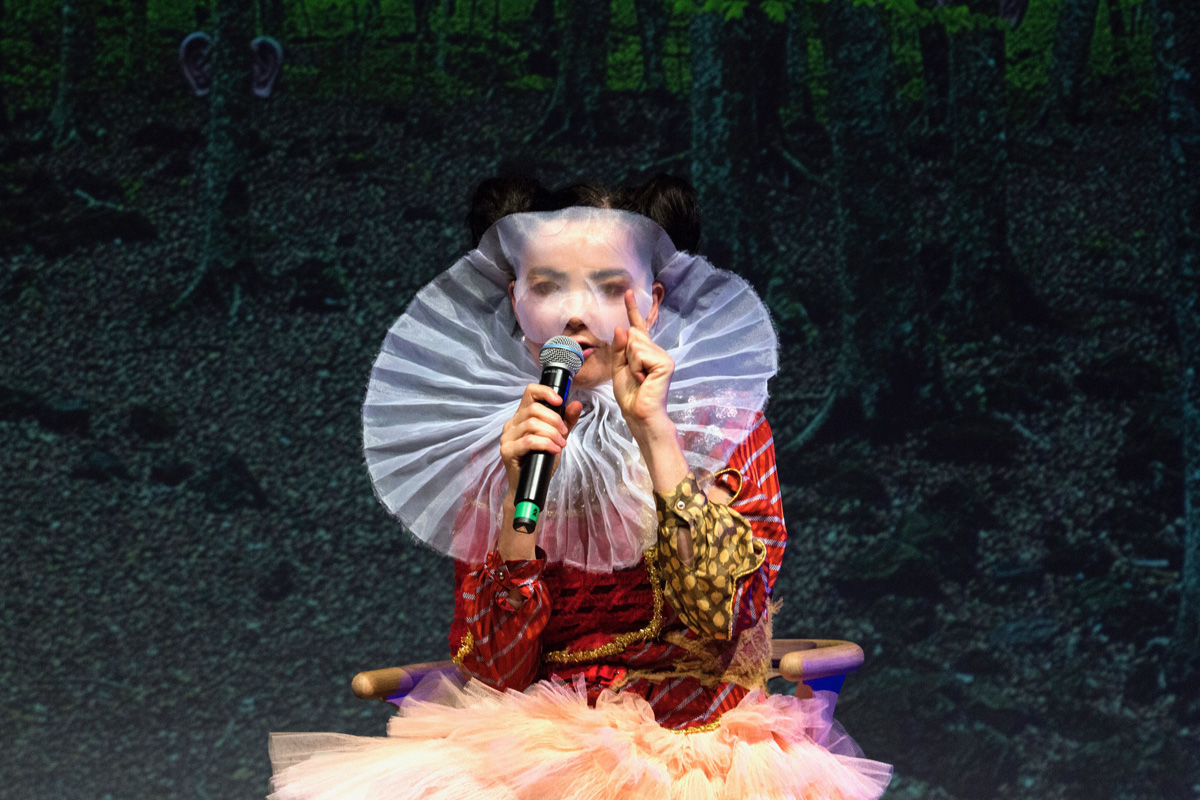 The Festival also expanded physically, including diverse realities of the Catalan city. The overlying Bjork.Digital exhibition at the CCB attracted visitors, willingly or not, into the artist’s deepest recesses (and the spectacularisation of her grief), in musical rhythms and those dictated by retro virtual reality means. 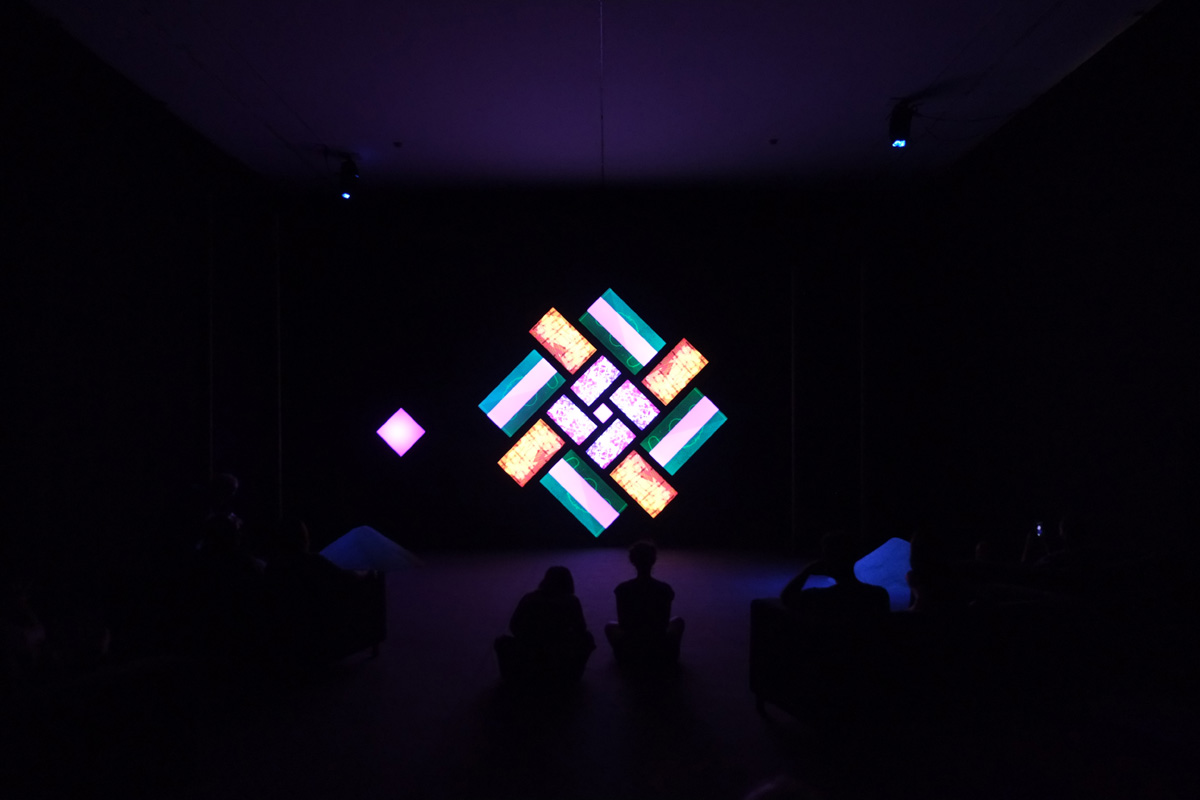 Going down to the Rambla, towards the sea, in the exhibition spaces of Arts Santa Mònica, visitors attain freedom through Brian Eno’s creativity and his exhibition Light Forms / Soundforms. This exhibition welcomed us, from the sound installation created for the magnificent cloister situated in the first of the building’s three floors, in an extensive, embryonic, touching and empathetic dimension, which is representative of the visionary that Eno always has been, and still is; a true intellectual and experimenter. 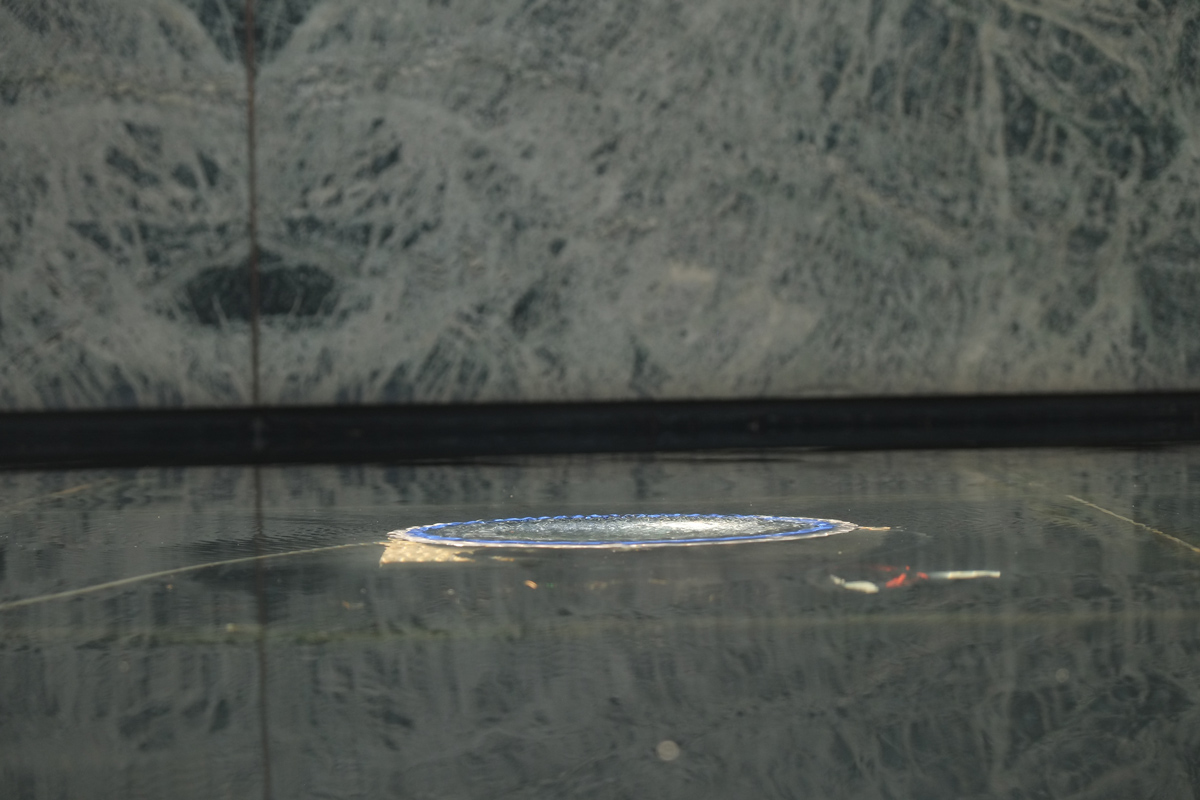 The installation at the Mies van der Rohe Pavilion, promoted by the Fundació Mies van der Rohe, which continued its collaboration with Sónar + D for the third year running, literally shook us, in all our physical being, with Wave Shift by Mark Bain. The modulated vibrations of the building produced by their very materiality were amplified (combined with the visitors’ presence). These made both the walls and the visitors themselves tremble, with vibrations visually materialising in the water ripples in the Pavilion fountains through speakers specially fitted underwater. 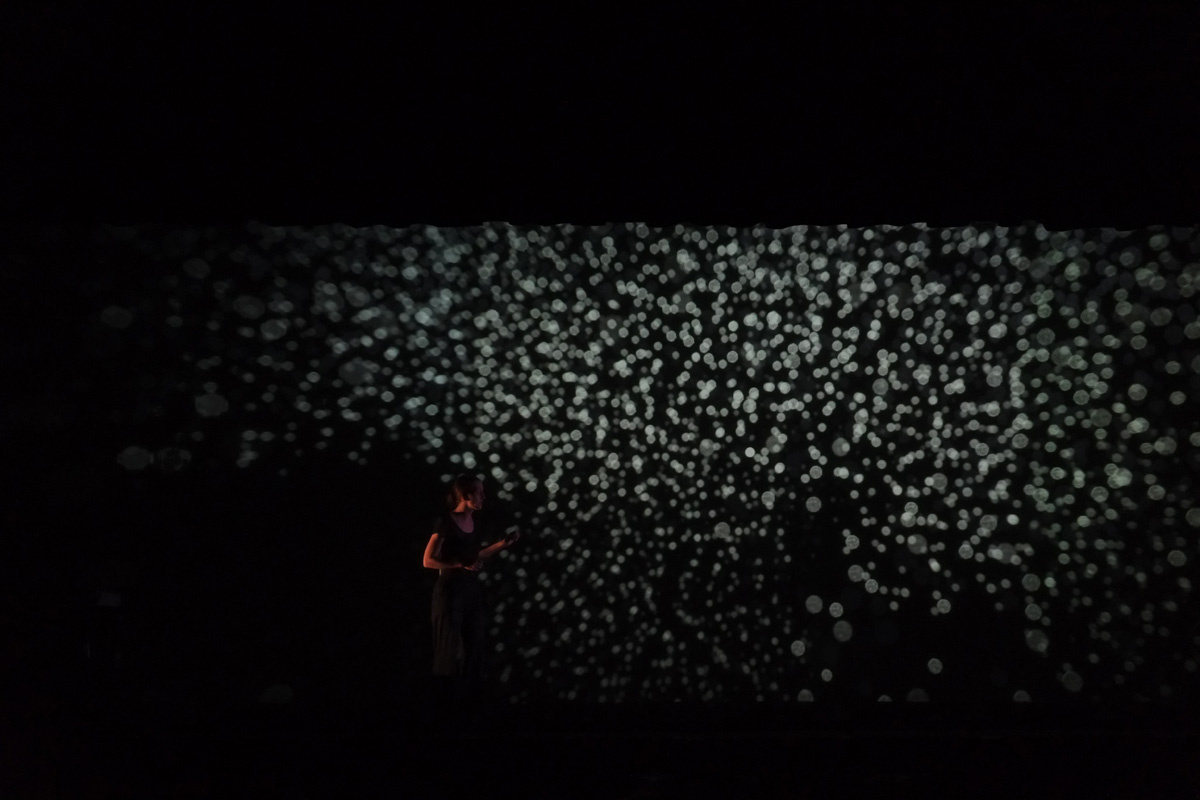 This took us to the start of the Sónar Festival and the Sónar + D, where countless events took place in succession. Enthropy, a transmedia event by the astronomer and cosmologist Dr Dida Markovic with the duo DopplerEffeckt, and Antivj, a magical moment, part conference, part audio-visual concert and live-documentary, which welcomed the public to Sónar on its opening day. 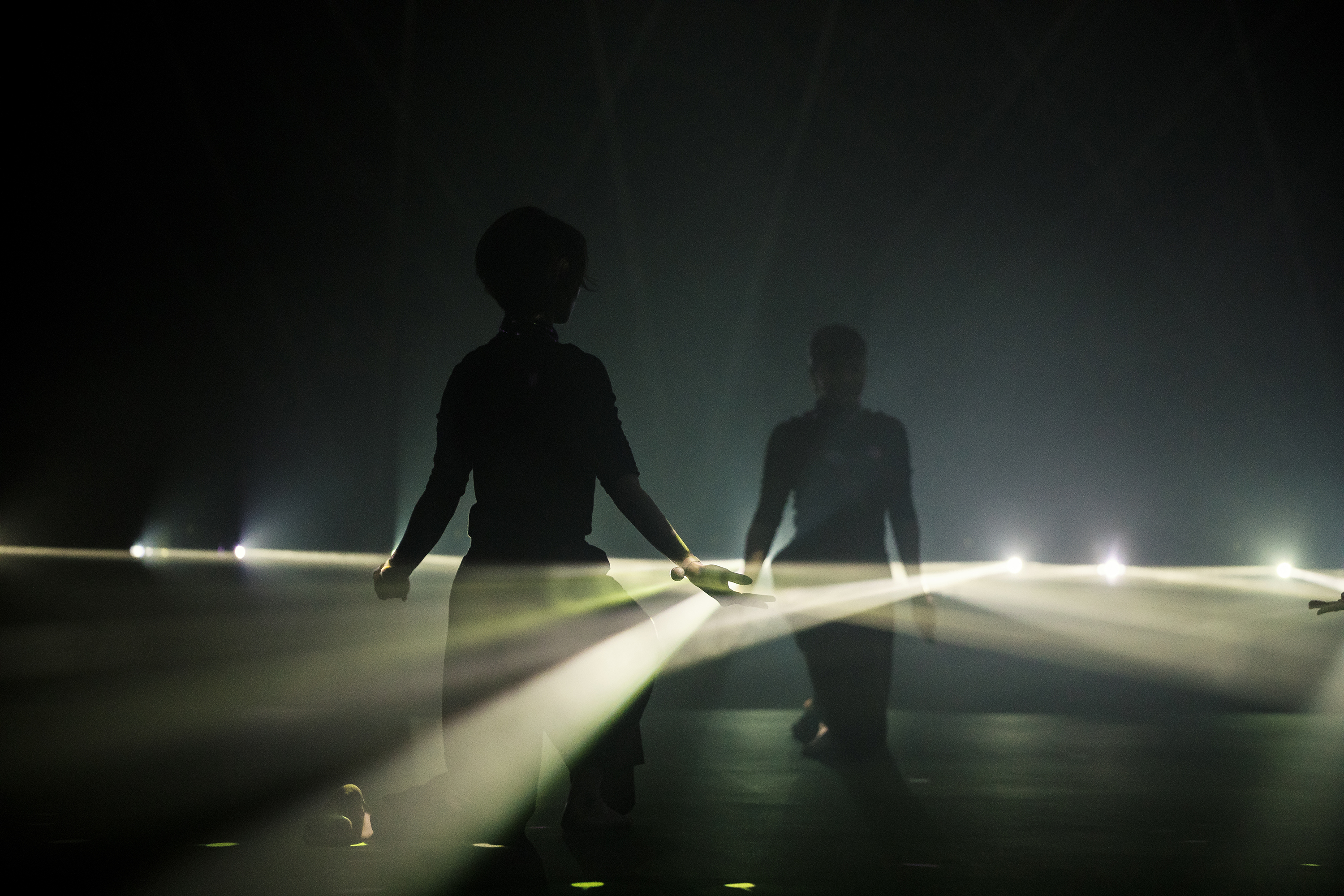 Phosphere by Daito Manabe with the Rhizomatiks studio was a performance installation consisting of light, sound and dance, produced this year for SonarPlanta. This was a starter for his live performance with Nosaj Thing, the synergy of two creative minds and visions that mixed visual and music for a show that immediately filled the hall to capacity. 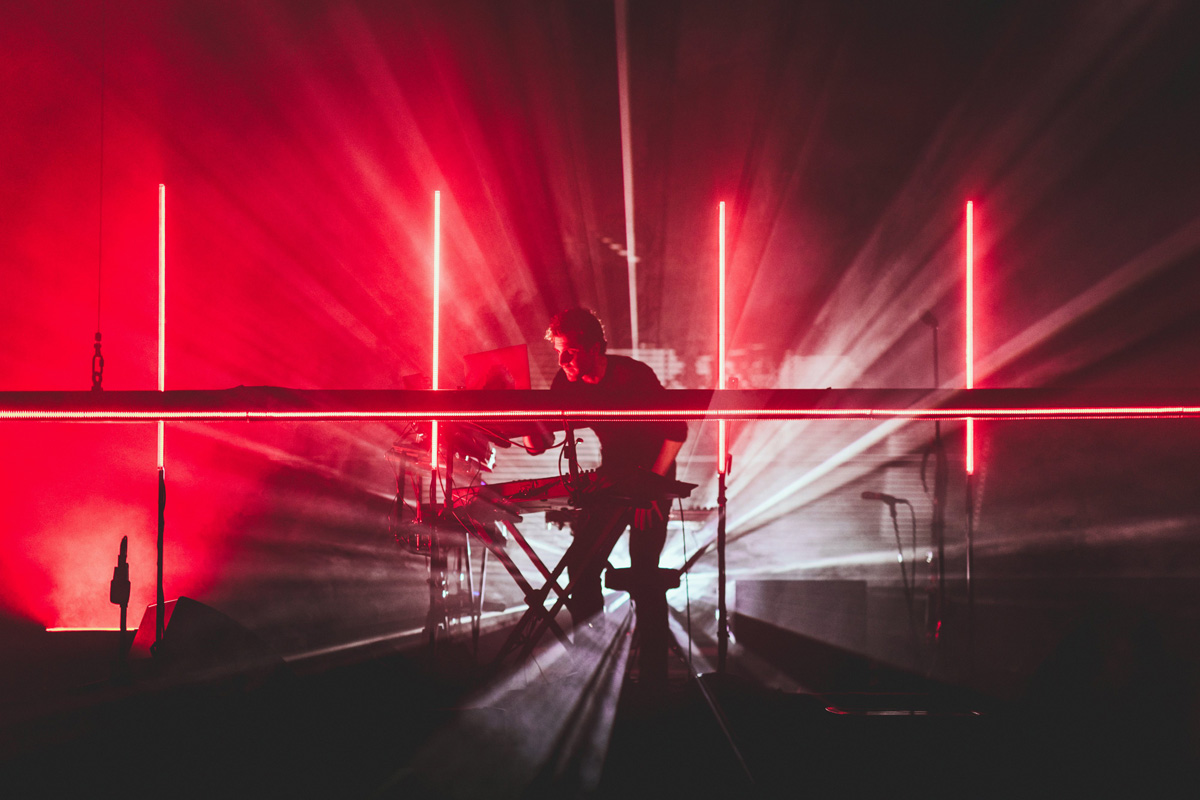 Nicolas Jaar’s evening performance was also enthusiastically received. Jaar is a very young performer who has won over an international audience with a style that is by now equally recognisable and recognised, but continuously enriched by new audio-visual energy. 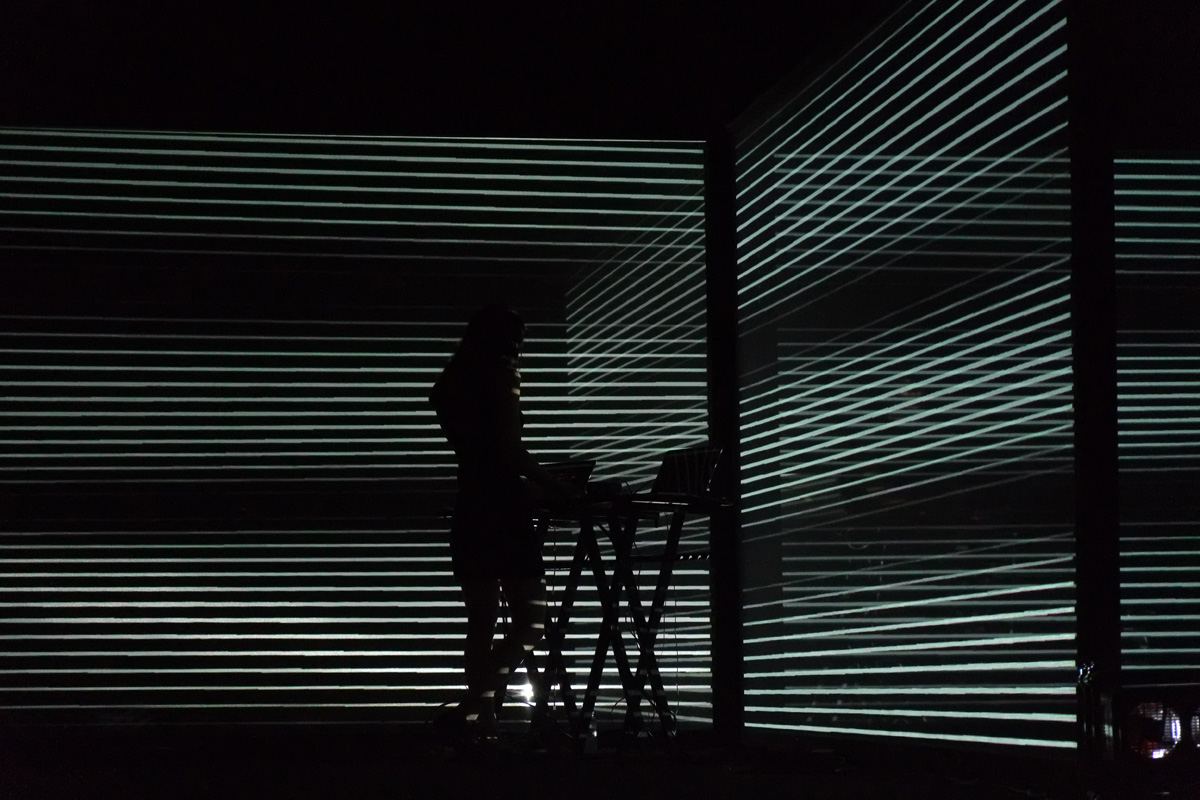 In addition, the illustrator Noemi Schipfer and the architect-musician Takami Nakamoto combined their creativity to produce NANOTAK, bringing to the stage a live performance that was both dreamlike and hypnotic. 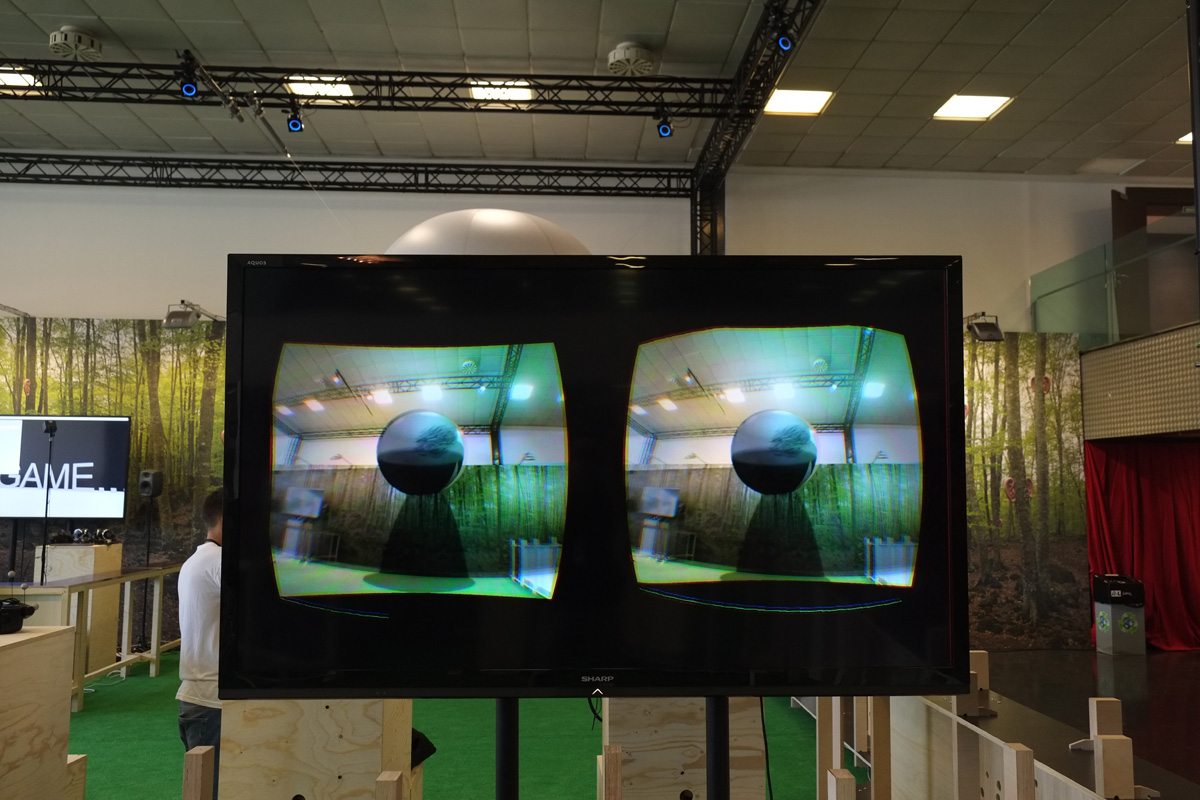 Together with the performances on stage, the Festival launched  the latest productions of works of Virtual Reality. Among them: Dear Angelica, the first hand painted animation, the documentary Ground Beneath Her, Home VR Spacewalk where to embody an astronaut, and Deep Dream Software, by Google’s Jessica Brillhart. 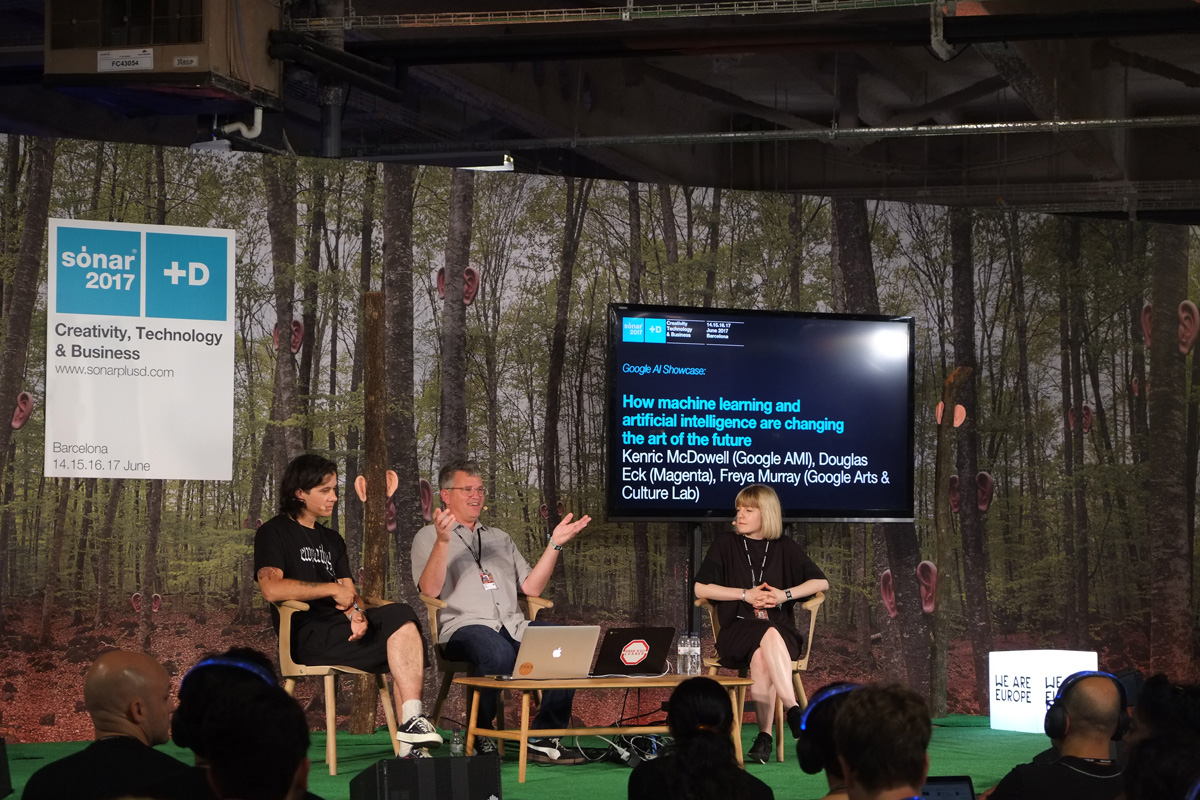 These are some of the many events that enthralled the Festival audience and, together with fringe events, moved it beyond its spectacular gloss to win the public’s interest in its content. 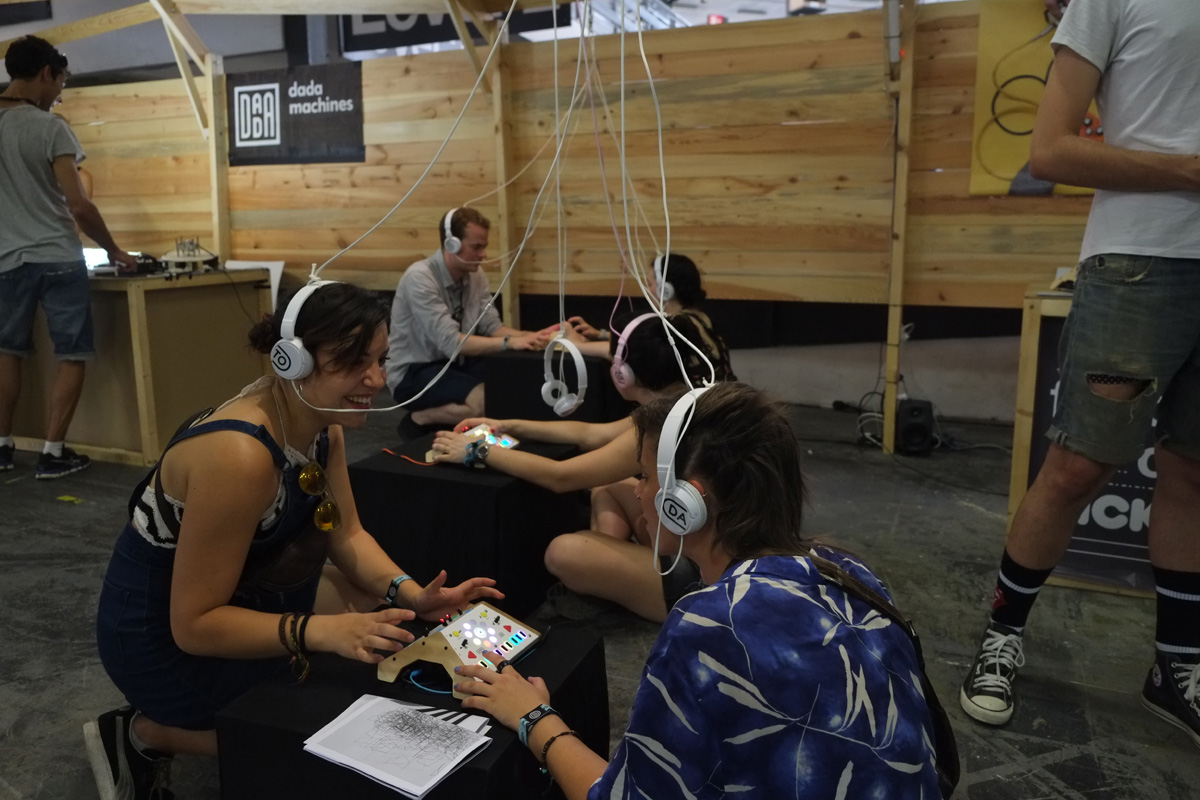 The presence, during the last few years, of a Sónar + D section has enriched the Festival, widening its range of action by allowing backstage access to important multimedia shows, organising meetings with key performers and providing multiple offers aimed at young professionals. All this is designed by the Sónar organisers within a ‘to do’ framework to promote an exchange between creativity and industry. 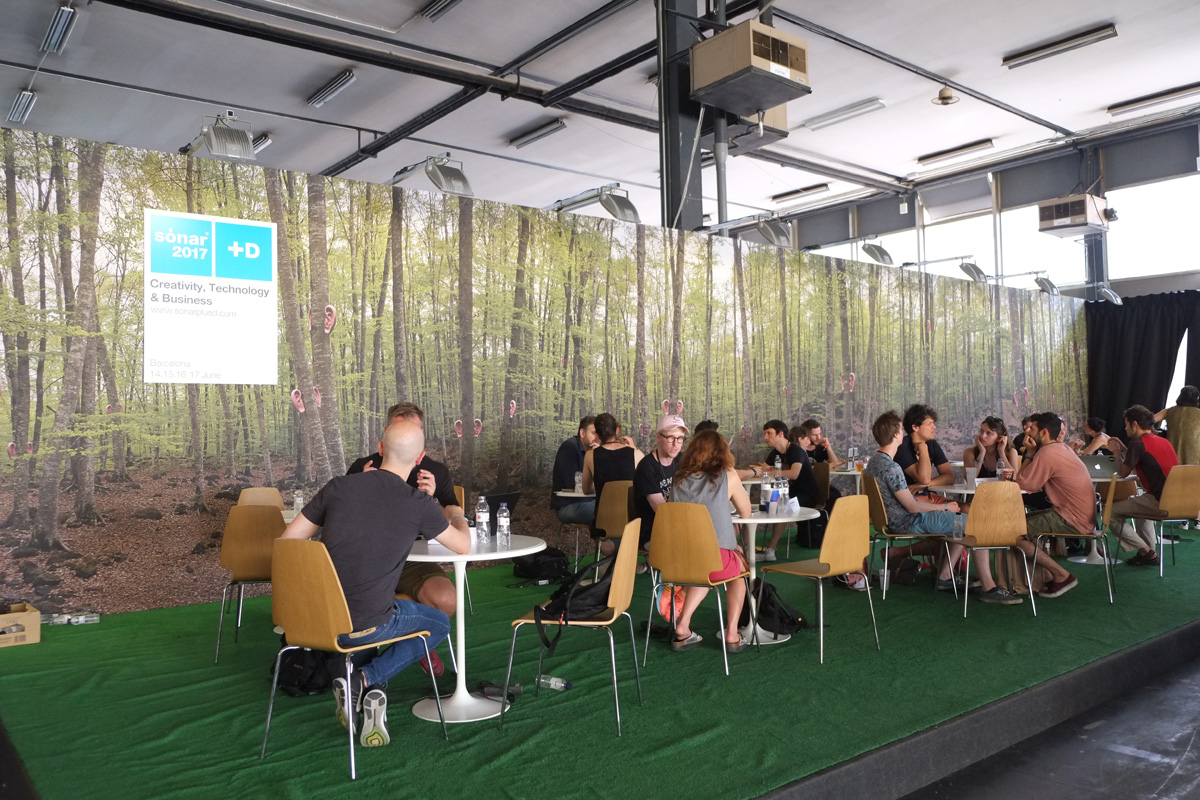 The start up sections and the events Meet the Expert, Start Up Garden, and Networking Day, which this year was held on the day before the opening of the Festival, benefitted from a larger space and greater attention. 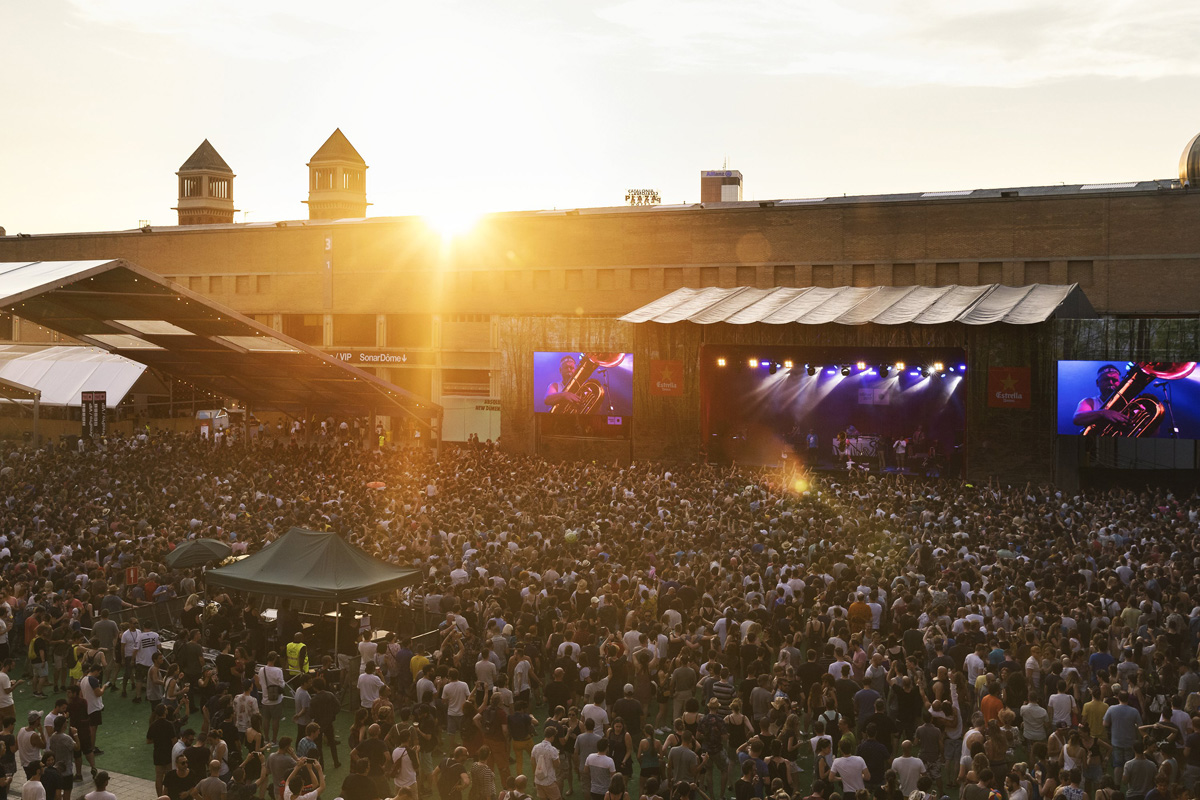 The Festival’s incredible energy attracted 123.000 visitors and diverted them away from ‘reality’ for four whole days, but also furnished them with food for thought, themes to reflect on with a clear head, once the lights were out. The increased public interest, together with the job prospects that materialised and have been developed through Sónar + D in recent years, force us to think carefully about the significant changes in creativity that are continually expanding in new inter-disciplinary and inter-media ways. Above all, the Sónar Festival has proved itself to be a winning model thanks to its interdisciplinary vision and its ability to synthesise creativity and industry.