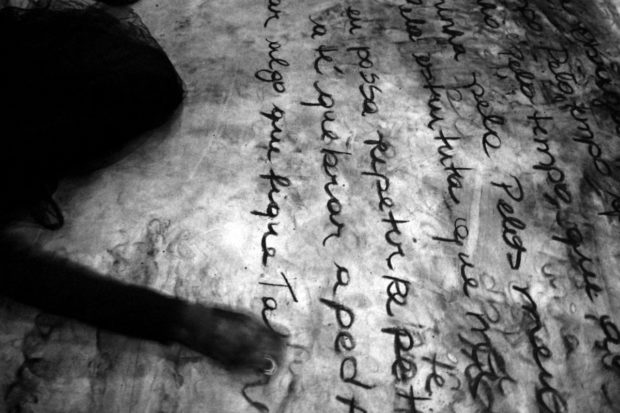 Cristina Elias is a Brazilian artist that spreads her performative practices across a variety of medias: video, photography and installation. Her current exhibition «Inscriptura» in Sao Paulo, Brazil, brings together a series of diverse works that attempt to write a diary, which becomes an enquiry into the female essence and its socio-cultural and historical conditioning. All the artwork moves between personal questions and universal themes. 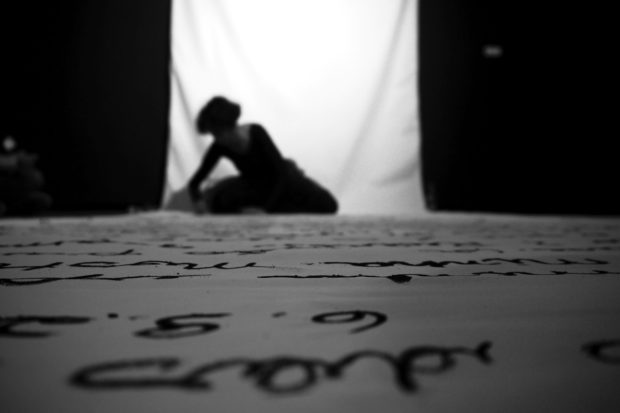 One minute diary, a one minute video-diary created for the Arshake banner in 2014, is a reference to the passage of time and the transformation of space into destruction. This video-performance now continues its journey as part of a group of works which have developed this research. 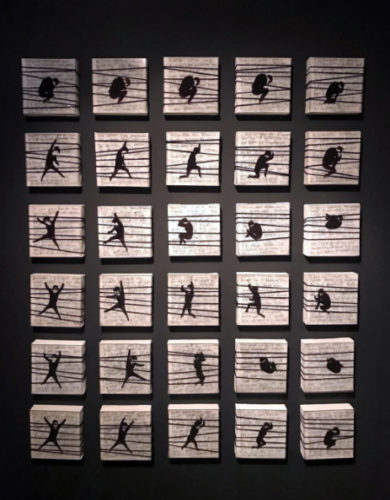 The short length of the video extends through time and is diluted in the flow of computerised nature. In the video, what follows the rhythm of a mechanic clock, suggesting the passing of linear time, is then fragmented in the digital condition, which continuously erases its memory. Writing, which requires both physical presence and interaction, becomes space, a performative canvas on which the body of the artist expresses itself, writes, stretches her thoughts and – once its over – is picked up by the whole body.

The exhibition is displayed at the O Paço das Artes together with the “Laboratório Gráfico Desviante”, a group formed by Bruno Mendonça, Júlia Ayerbe, Laura Daviña, Thiago Carrapatoso and Thiago Hersan, a reality particularly interested in the languages of our contemporary age and their canonisation. 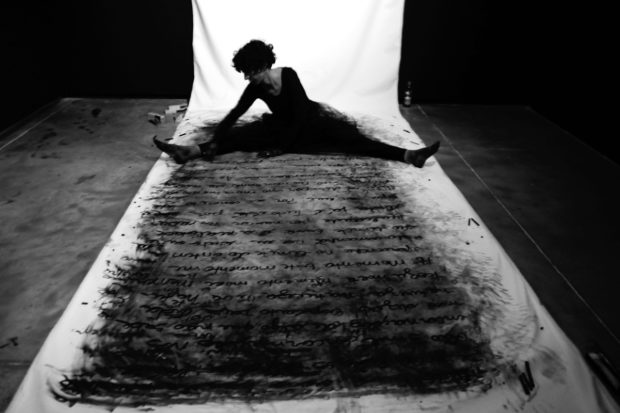 Cristina Elias (1978, São Paulo, SP, Brasil   ) concluded a Masters in Movement Studies at the Central School of Speech and Drama (University of London, UK). In 2011, she presented at the Radial System (Berlin) the live installation Here and There [or Somewhere Inbetween]. In 2012, she choreographed the performances included in the work I/O – Io è un Altro by César Meneghetti, exhibited at the 55 International Art Biennale in Venice 2013. In 2013, she won the prize FUNARTE Women in Visual Arts (Brazilian Culture Ministry) for the work Phonetic Fragments of one (Self). Her works concentrate on building «bridges» between different artistic codes, with a strong focus on «translating» text into movement and image. In 2014, she initiated the on-going project “One Minute Diary”, whose first video-chapter was originally exhibited at www. arshake.com (Italy) and following pieces at the performance festival “VERBO 2015” (Vermelho gallery – São Paulo). In December 2015, she performed at the MAXXI, Roma (Italy) the performance “PER-FORMARSI: L’AZIONE COME FORMA DI PERCEZIONE”. In 2016, she was awarded the prize “Temporada de Projetos do Paço das Artes” in order to create and hold the exhibition INSCRIPTURA (performance, video and objects) in September 2017 at the Museum of Image and Sound (MIS) São Paulo. She is currently doing her PhD at the Post-graduate Department of Design of the Anhembi-Morumbi University (São Paulo).