Kudsk Steensen was selected from among 350 participants who responded to an open call organised by the Serpentine Gallery proposing new architecture for the future. The winning project by the Danish artist is an augmented architecture that relies in the inextricable connection between physical and virtual space as well as between the experience of augmented reality and the one of walking in the park, precisely through Kensington Park where the Serpentine is situated. The architecture is mobile and it has to be explored through the physical condition of walking, of coming into contact with the nature in the Park. This is a place that is perfectly suited to the work of an artist who has for many years been interested in exploring ecological visions, at the crossroads of technology and animist philosophy, building stories by using emerging technologies based on urgent ecological issues. 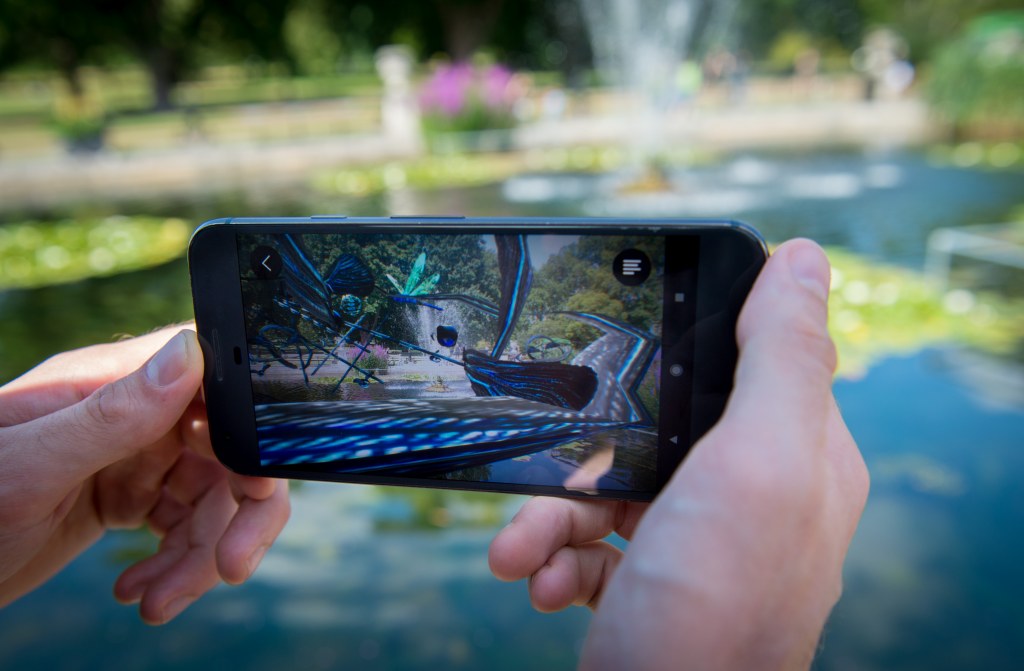 Walking with a phone, visitors cross the Park, but also that strange schizophrenic conflict that emerges when being simultaneously both inside and outside technology. While augmented reality allows various aspects of life in the Park (evoked through a remix of sounds made by selected species recorded in the Park and visuals), that would otherwise be invisible, to be seen and heard by an audience distracted by everyday sounds, the superimposition of real sounds and images confuses visitors and makes them wonder whether what they are doing is distant from what was “once” described as “being in contact with nature”. But what is nature? Nature is a man-made cultural construct merging, in an increasingly radical way, into what Roy Ascott defined as Nature II, a moist media. 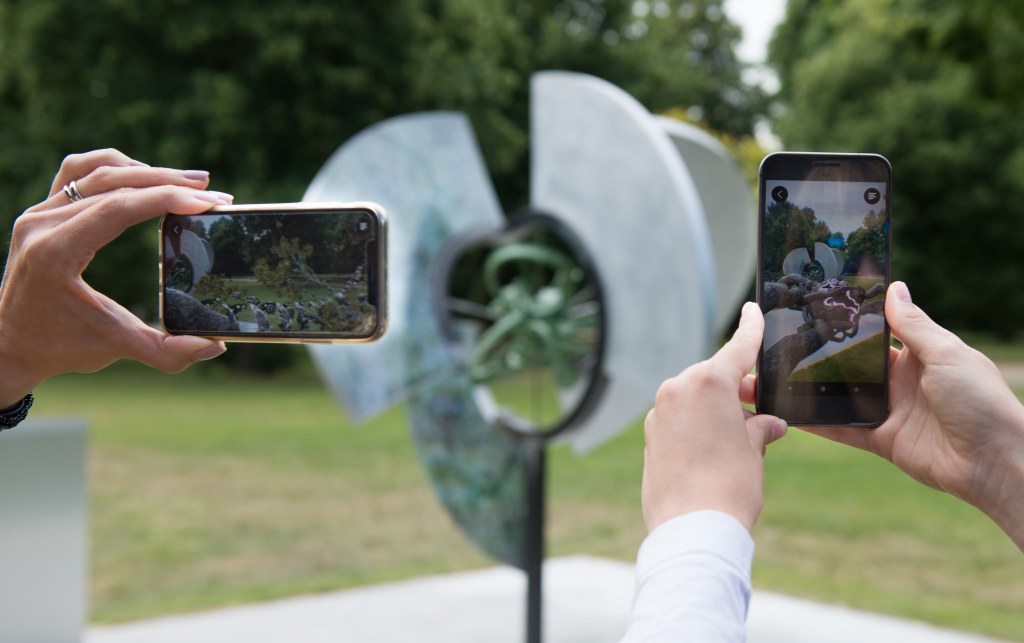 The species selected for the virtual journey demonstrate this through their organic prehistoric hybridity. The Plain tree is, in fact, a species of London post-industrial product, created in the 17th century for its capability to absorb pollution, thus acting as the city’s lungs.

Parakeets are an invasive species, originally not a part of the local urban landscape but coming from afar. Their reproduction and arrival modified the ecosystem, forcing smaller species to flee, scared by their loud noises. Then, there are the bats, nocturnal inhabitants with super-human powers, like their ability to use sound for geo-location; they too are active agents in the ecosystem, greatly reducing the number of insects. 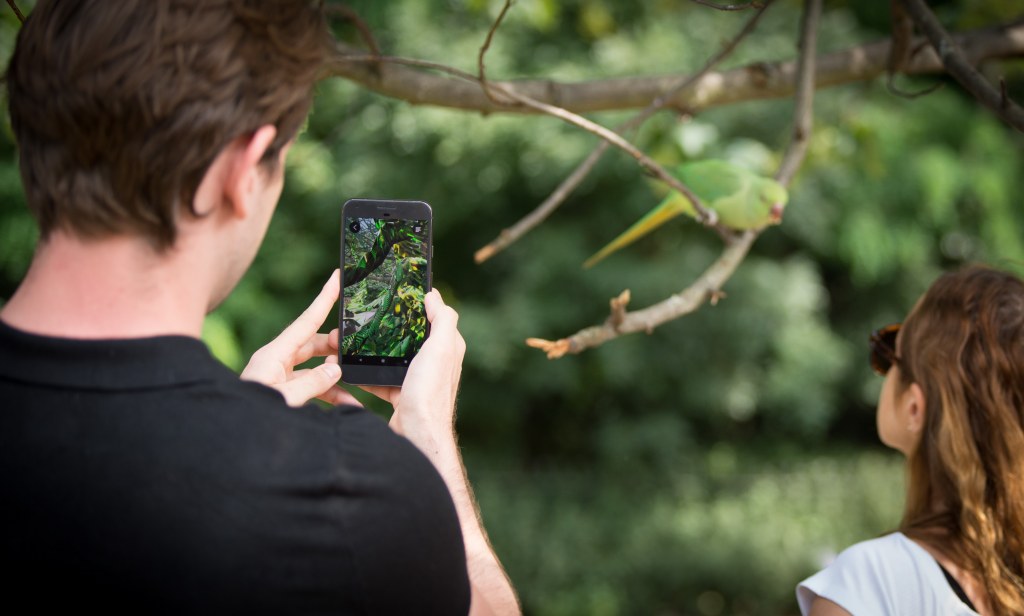 Finally, there are the azure blue damselflies, worms that live mostly in ponds, examples of non-human intelligence, and the reedbeds, plant species that live liminally, between water and earth, and that are being reintroduced following a noticeable decrease recognizing their incredible ability to free the water from the overgrowth of algae.

Once the tour is over, the journey continues with the phone switched off and with many points to reflect on: thoughts inspired by the species identified by the artist, who closely collaborated with ornithologists and scientists, species that exist as beings which are recognised as organic but which also belong to liminal and not entirely natural worlds, at least according to the old meaning of the term “natural”; thoughts that flow in the direction of nature’s possible evolution towards a hybrid state which also includes technological elements. 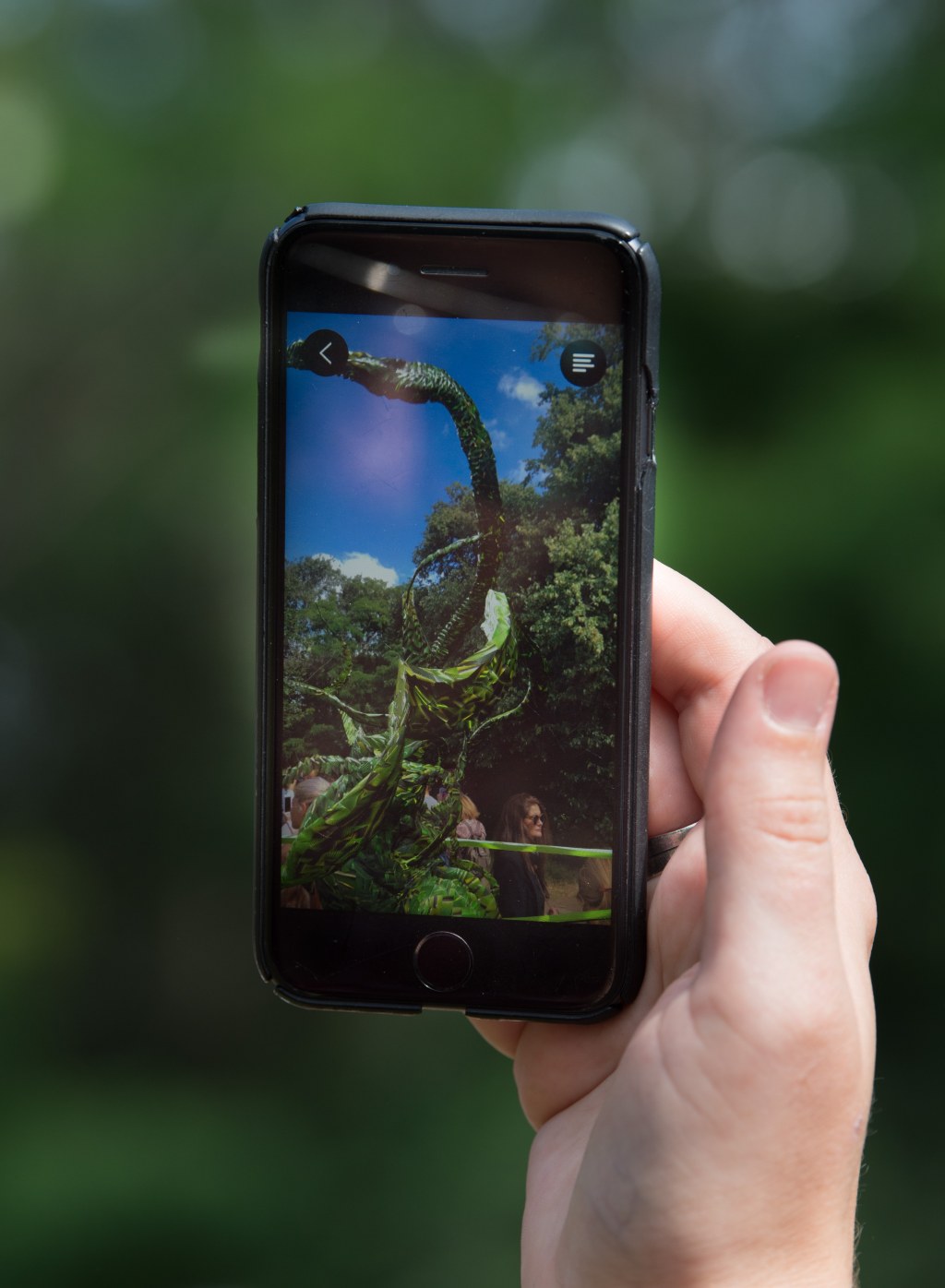 However fearful we are of technology entering our very old concept of nature, we begin to find in these works the means “to retune ourselves to new realities”, as was the artist’s intention with this work, possibly adding a “sense of wonderment of the world”.

A History of Exhibitions in its Becoming