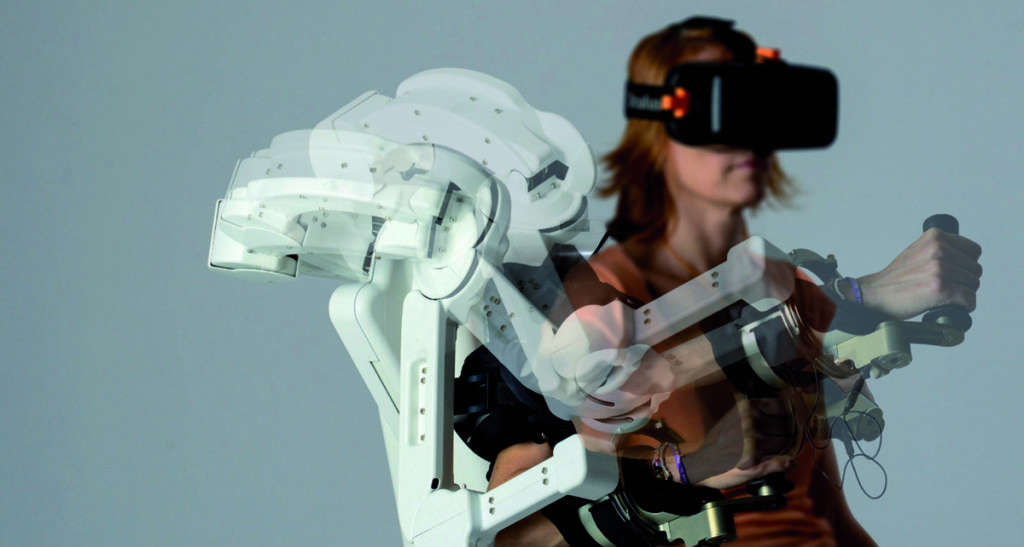 The 2016 edition of Digital Life – the project organised as part of the Romaeuropa festival and focusing on electronic and digital languages – is wholly dedicated to space: immersive space, with the “construction of a utopian and hallucinatory elsewhere”, an intensification of a new reality, fragmented in space and time, which nowadays exists as a fact of life; and the space extended by the relationship between robotics and virtual habitats, with the involvement of the PerCro Laboratory from Pisa’s Scuola Superiore di Sant’Anna. For Immersive Exhibit – this is the exhibition’s title – the artists brought together include Shiro Takatani, Christian Partos, Kurt Hentschläger and the Italian artists of the NONE collective (Gregorio De Luca Comandini, Mauro Pace and Saverio Villirillo). 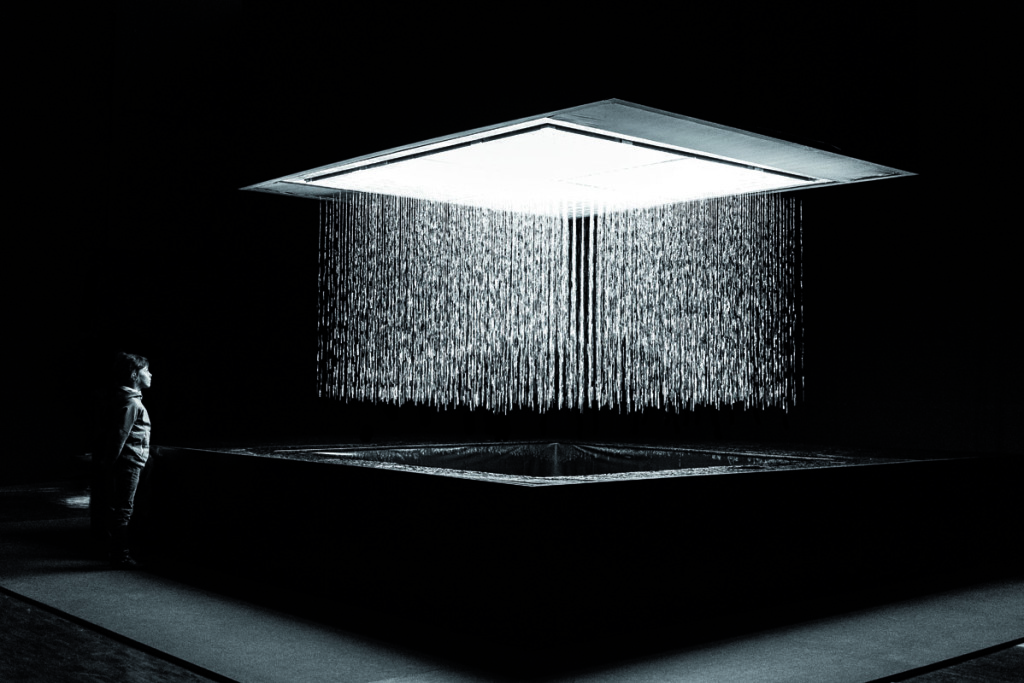 The exploration of space runs alongside research into approaches to genre and creative mediums, such as the ST/LL water sculpture, created in real time by Shiro Takatani. Takatani is one of the founders of DumbType, a Japanese collective which has been experimenting with new digital technology and electronic music in the world of performance since 1984. A robotised machine combines water and light in a kaleidoscopic sequence of image and illusion, all generated using real-time information by means of 900 computer-programmed valves. The same machine is employed by Christian Partos, who uses the 900 electronic valves of 3D Water Matrix to create figures that inhabit the space in a fluid dance. 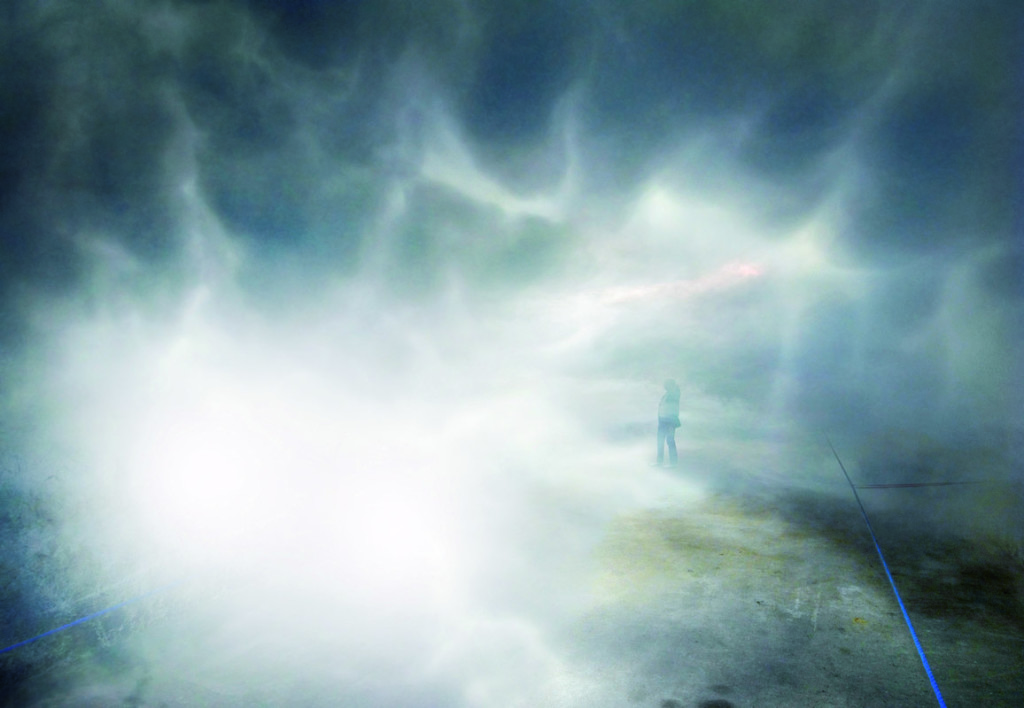 From the spectacle of generative water sculpture to the psychedelic experience of Zee, the installation version of a show originally commissioned by Romeo Castellucci and created by Kurt Hentschläger, known for his experimentation in the field of electronic and digital languages and as author of the Granular Synthesis project (1992 -2003). Surrounded by thick fog, the visitor is lost for twelve minutes in a total psychedelic transfer brought about by stimulating light effects designed to cut through and penetrate the perceptions. Thus physical space is exceeded, leaving behind all security and control over bodily presence within it. 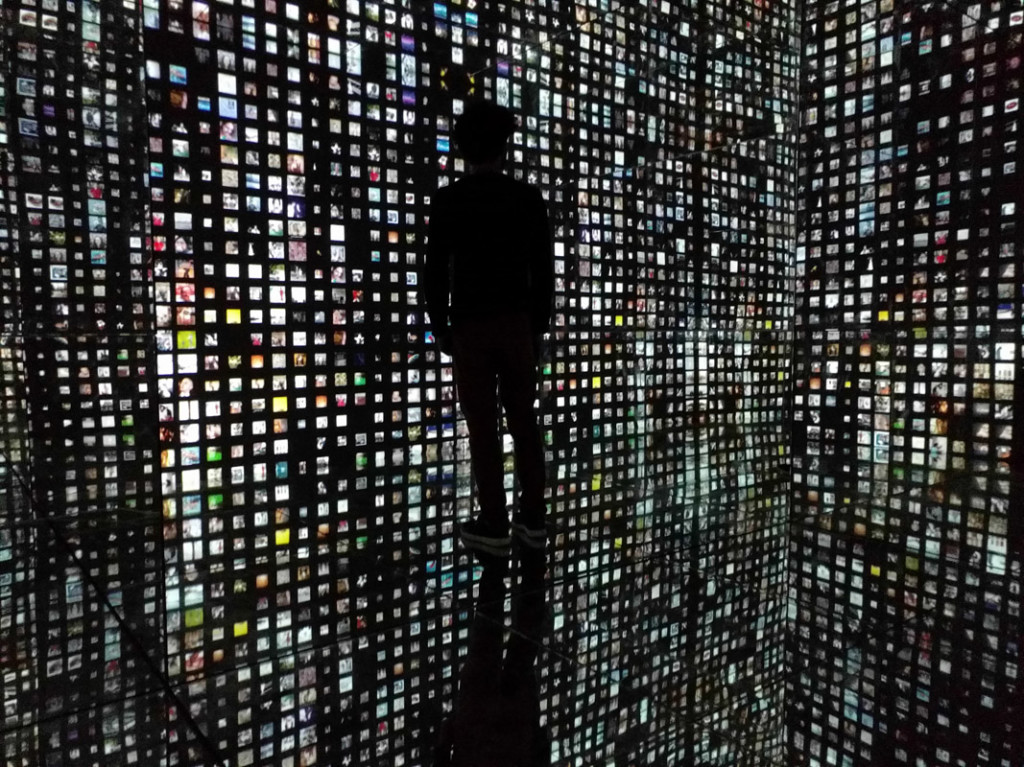 In the work of the Italian collective NONE, space is always immersive, but in this case it is fragmented, constructed using images from social media and their obsessive multiplication and circulation, and deconstructed through an arrangement of mirrors, images and lights which turn space into a dreamlike state.

This year, the section devoted to robotics and its relationship with remote space is occupied by the Perceptive Robotics lab at the Scuola Superiore Sant’Anna in Pisa, which marks its 25th anniversary with the event Understanding the Other.

Founded in 1991, the PerCro Laboratory conducts research activities in advanced robotics, wearable robotics, haptic interfaces, and virtual and augmented reality. The title of the event derives from the group’s studies into virtual reality technologies used to allow one person to interact with another as a physical presence in a remote location. Two spaces are equipped with film projection stations, showing the development of some of PerCro’s research results in the field of robotics and virtual reality in recent years, and exploring the ways in which technology enables us to modify the nature of our relationships with other people and with ourselves. 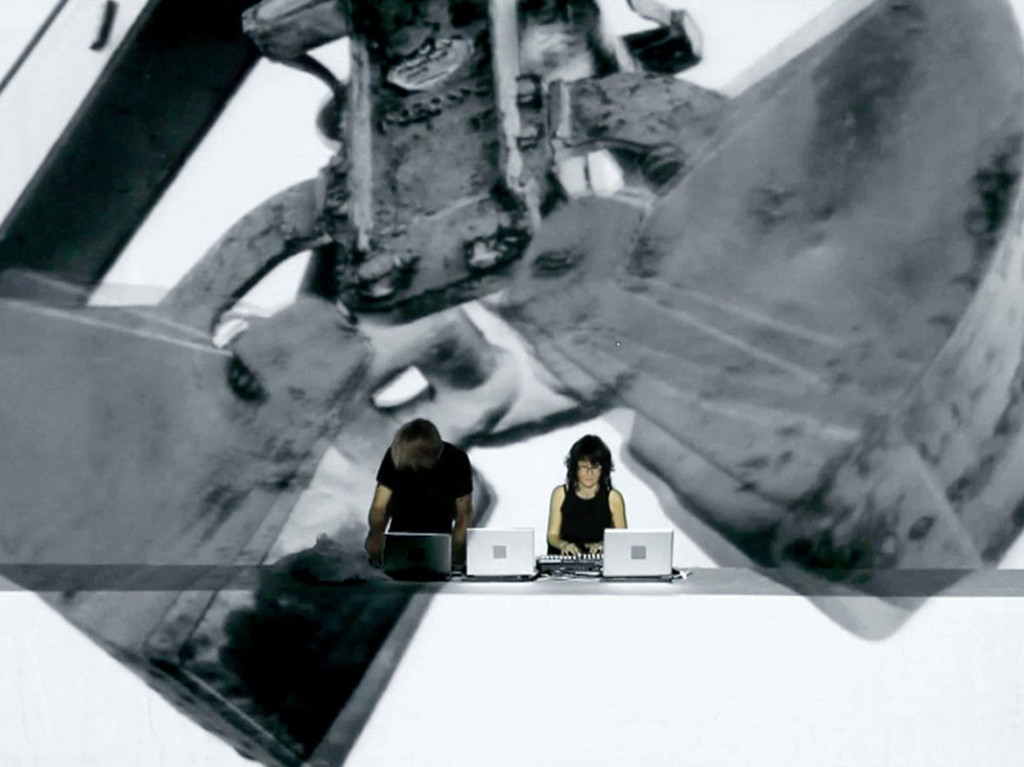 The same theme is explored further in the sui generis talk by Professor Hiroshi Ishiguro on 24th November: in the context of 150 years of relations between Italy and Japan and in conjunction with the Japanese Embassy and JTI (Japan Tobacco International), he will present his Gemonoid HI-1, a humanoid built in his image which resembles him exactly, complete with muscles and facial expressions, and above all able to sustain a conversation just like a real human being.