D i M o D A – The Digital Museum of Digital Art, is   a virtual institution from Alfredo Salazar-Caro and William Robertson  , conceived as a virtual reality exhibition platform dedicated to the distribution and promotion of New Media Art.

For it’s debut, DiMoDA will be presenting works by Claudia Hart (NY/CHICAGO), Tim Berresheim (DE) Jacolby Satterwhite (NY) and a project by Aquanet 2001 (Salvador Loza and Gibran Morgado) from Mexico City.  The atrium of the museum is architected and modeled in 3D by Alfredo Salazar-Caro. Viewers wear an Oculus Rift to enter DiMoDA, immediately approaching a number of ‘portals’ which can be used to access the ‘wings’ of the museum. Exhibiting artists have complete control to shape the virtual environment in which their works are installed inside the museum. 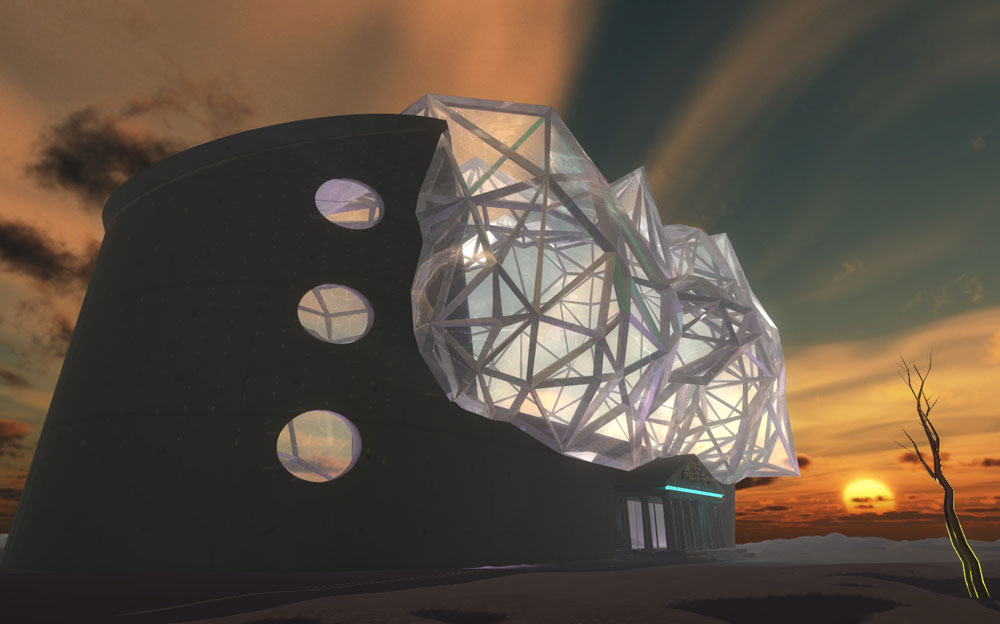 As a virtual institution, DiMoDA is dedicated to collecting, preserving, interpreting and exhibiting Digital artworks from living New Media artists, while expanding the conscious experience of viewing Digital art in a Virtual space. The DiMoDA building is intended as a home for contemporary digital art and incubator for new ideas, as well as an architectural contribution to the Internet’s virtual landscape. 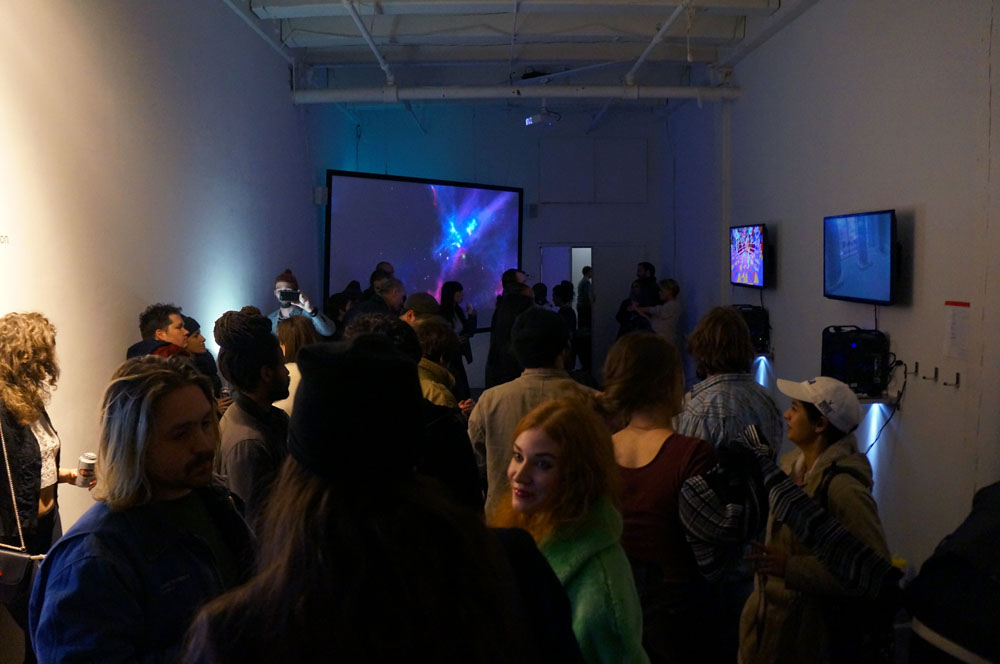 Conceived in 2013 by Alfredo Salazar-Caro and William James Richard Robertson, DiMoDA launches in November of 2015 with its first exhibition as a pavilion in The Wrong Biennale and a physical exhibition at TRANSFER in New York from November 14 through December 19th, 2015 and traveling to Miami Beach for the Satellite Art Fair. 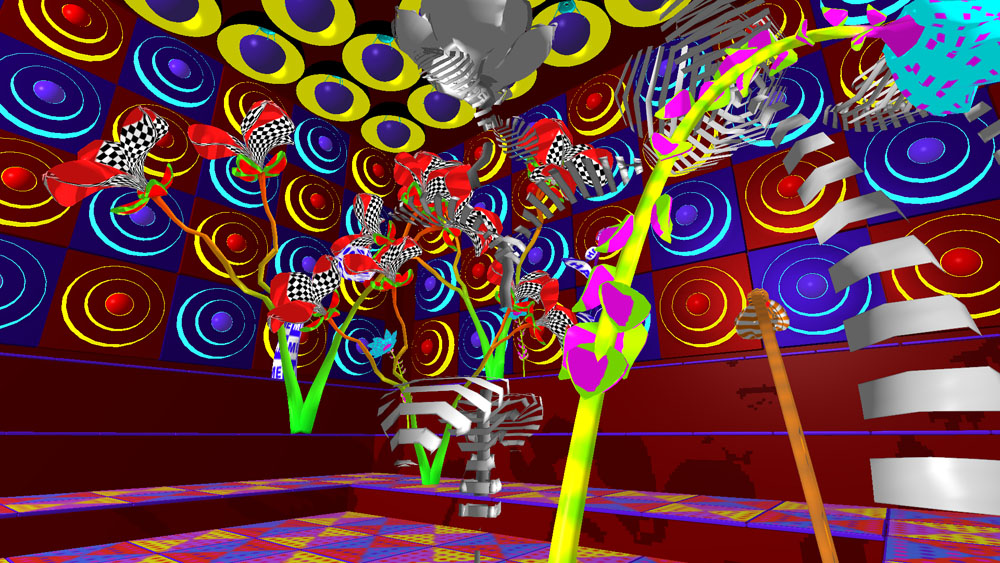 Claudia Hart has been active as an artist, curator and critic since 1988. Claudia Hart is an artist working with digital trompe l’oeil as a medium. She directs theater and makes media objects of all kinds, creatin g virtual representations that take the form of 3d imagery integrated into photography, multi-channel animation installations, performances and sculptures using advanced production techniques such as Rapid Prototyping, CNC routing and augmented-reality custom apps.   Her works deal with issues of representation, the role of the computer in shifting contemporary values about identity and about what might be “natural.” Her project is to de-masculinize the culture of corporate technology by inserting the irrational and the personal into the slick, overly-determined Cartesian world of digital design. They are widely exhibited and collected by galleries and museums including the Museum of Modern Art and the Metropolitan Museum, the New Museum, Eyebeam Center for Art + Technology, where she was an honorary fellow in 2013-14, and works with bitforms gallery, also in New York. Hart lives in Chicago where she is a tenured professor at the School of the Art Institute, in th e department of Film Video, New Media and Animation. 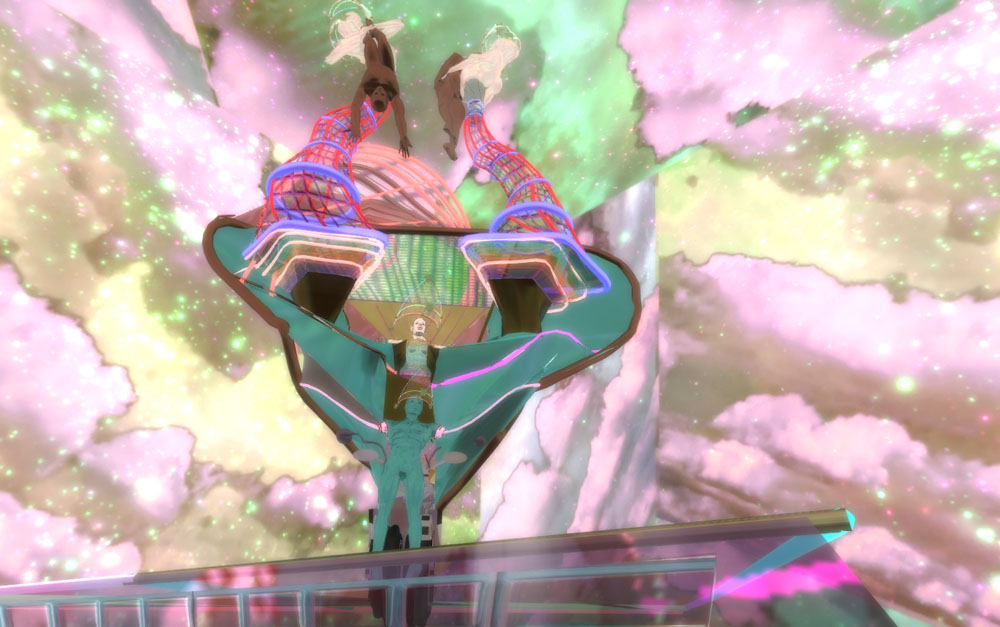 Tim Berresheim (born 1975, Heinsberg, Germany) is a contemporary German visual artist who lives and works in Cologne. He studied at the Hochschule der Bildenden Künste inBraunschweig from 1998 to 2000 and the Kunstakademie in Düsseldorf from 2000-2000. He studied under the director, actor, and screenwriter Burkhard Driest and the German artist Albert Oehlen. Berresheim works as an artist, musician, label and project space operator. In his work, which is produced by means of digital imaging, he deals with the effects of digital technologies on visual culture, living and working conditions, perceptions and ways of knowing. 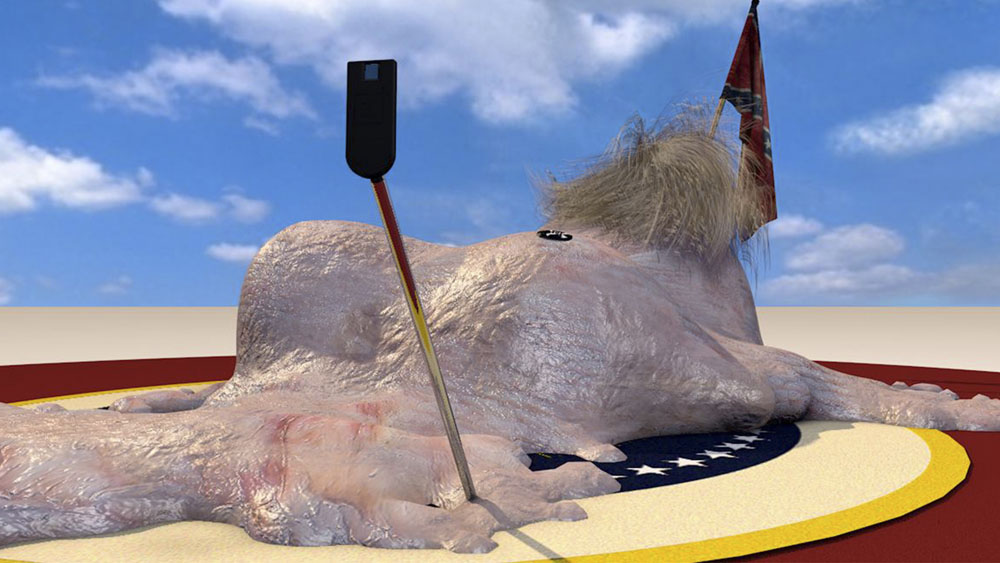 AQUANET 2001 – Gibrann Morgado (Mexico City) and Salvador Loza are co-Founders/curators of Vngravity a 3D net art gallery space. Morgado is head developer and creator of Uncurated, an initiative to build mixed reality contexts, design experiences and digital speculation. His work and collaborations have been covered in T he Creators Project, Killscreen, O Fluxo Blog, Thvndermag, Fractal, Salonkritik, Metapolítica,Picnic La Tempestad, Ibero 90.9 among others. Loza is a New media artist, DJ and Writer. His work focuses on technology, human behavior, architecture, politics, nature and the history of art, and also in the distortion of the reality which involves all of these subjects. His work has been exhibited in blogs like Cloaque.org and in countries like Canada, Italy, México, England and France. (from the press release) 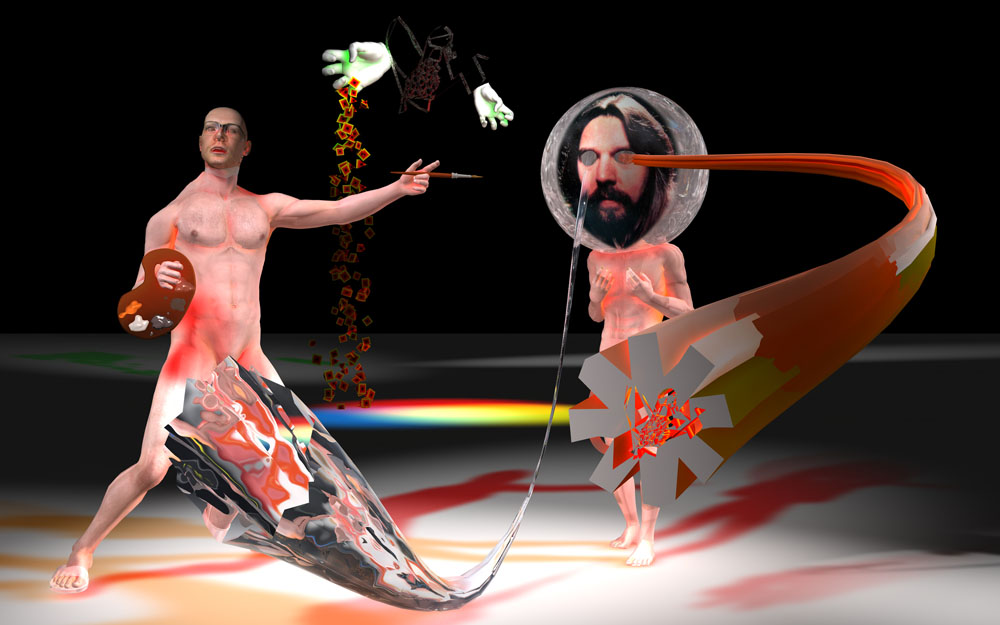 Alfredo Salazar-Caro’s work exist at the intersection of Portraiture/Self-Portraiture, installation, Virtual Reality, Video and Sculpture.  Recently his work has focused on exploring the way that Virtual simulation can affect someone’s perceived reality, for example by creating simulation in which one is forced to endlessly roam in a desert until death. Other examples include simulations of dreams/ dreamscapes and memories as well as videos of extreme fantasies fulfilled digitally. Alfredo hopes to one day live forever as a computer simulation.   His work has been exhibited in cities like New York, Chicago, Los Angeles, Miami, London, Berlin, Amsterdam, Caracas(Venezuela), Shiraz (Iran) and Mexico City among others and has been featured in publications such as Leonardo, New City, Art F City and Creators Project. He Lives and works between Mexico City, New York, Chicago and the Internet. 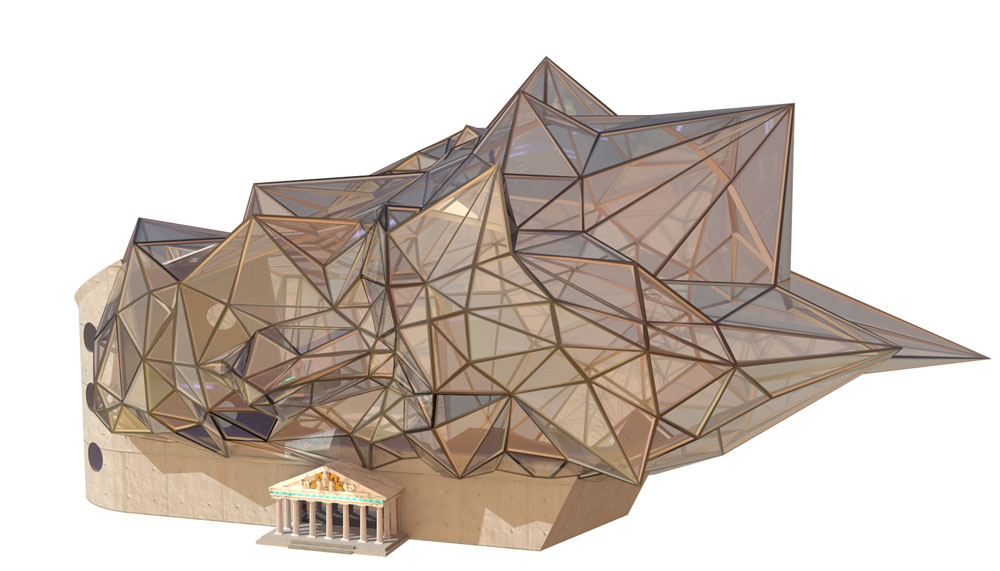 William Robertson is a New Media artist and museum professional living and working in Chicago. He has been a key member of Chicago’s Glitch and New Media scenes as an active member creating live A/V live performances and installations, an organizer co-founding Tritriangle in 2012, and as a facilitator assisting various artists throughout Chicago and New York. William currently works for the Art Institute of Chicago managing technology for curatorial departm ents and exhibitions.  TRANSFER explores the friction between networked studio practice and its physical instantiation. The gallery supports artists working with computer-based practices to realize aggressive installation projects within our walls, and exhibits internationally at art fairs to engage the growing market for media-based artworks.   TRANSFER Gallery ::: 1030 Metropolitan Ave Brooklyn, NY 11211