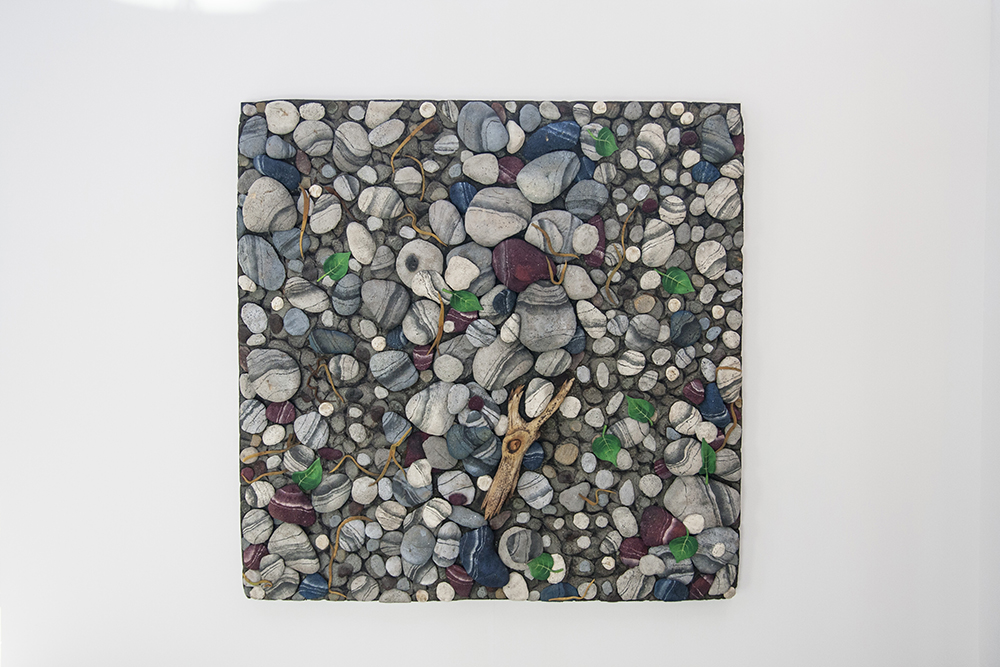 In the carousel of events that accompanied the inauguration of the twenty-second edition of Artissima, held as always in the first weekend of November, one should also remember the opening of the new exhibition at the PAV – Parco Arte Vivente in Turin, which can be visited until 21 February 2016. This is the third event curated for the Turin art centre by Marco Scotini, critic and head of the  Visual Arts department at Turin’s NABA art school, who for some time has been interested in the exchange between artistic, political and ecological practices.

The staging of this collective, entitled Earthrise, is a homage to the work of the 9999 group of Florentine architects and of Gianfranco Baruchello, Ugo La Pietra and Piero Gilardi, who are brought together by their connection to the title of a historic image, captured on 24 December 1968 by astronaut William Anders during the Apollo 8 mission, which shows the Earth seen for the first time by a human being, during the first orbit of the moon. 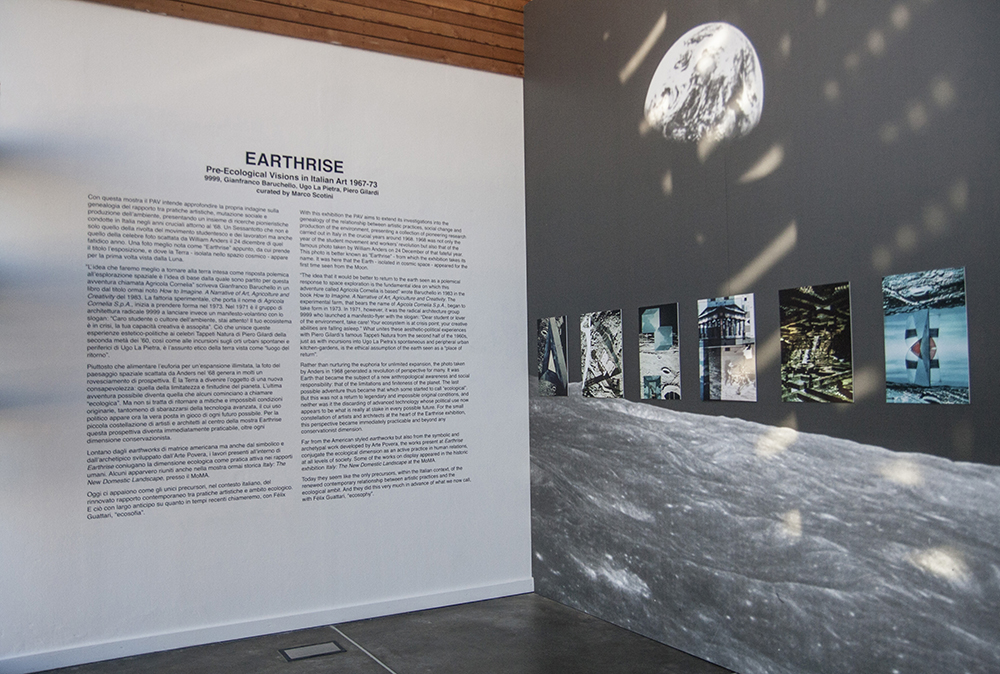 This photograph of our planet is considered the first tangible proof of the physical limits and therefore the fragility of our world, and it created a global awareness which had a profound influence on the first ecologists of that time, as well as raising consciousness in the world of contemporary art. Earthrise is therefore a reference to a historical period rich in pioneering research driven forward on various levels of knowledge, which in the artistic sphere pushed beyond the idealistic concept of uncontaminated nature, and involved everyday reality. 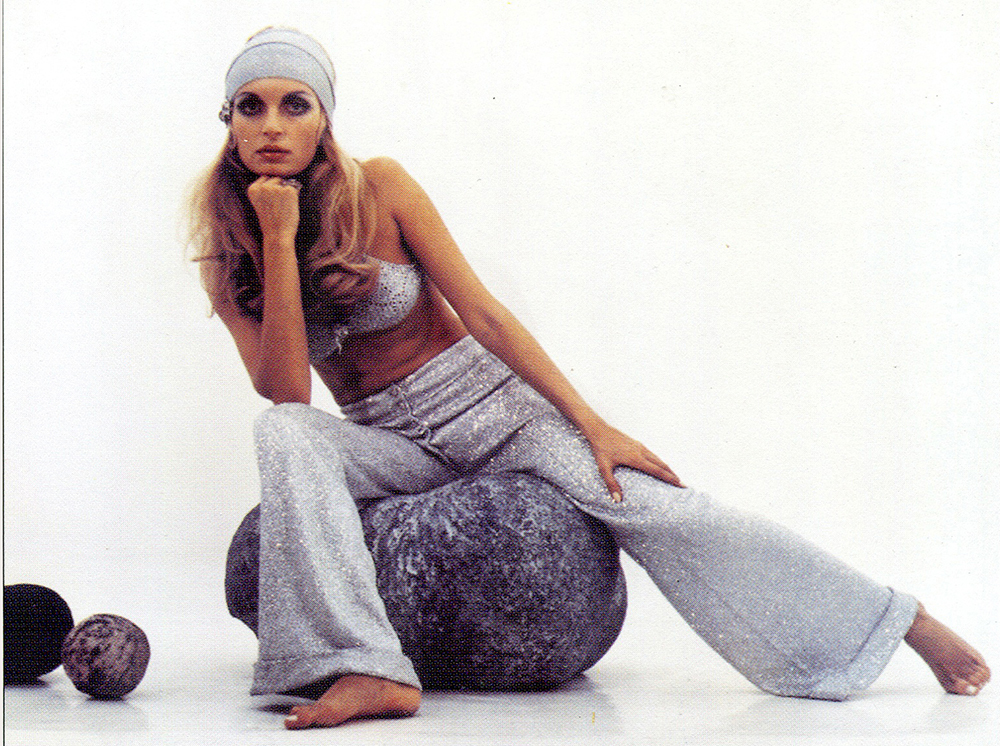 This is a show, then, that places the Earth at the centre of a new social responsibility through the works of these Italian artists, some of whom gathered more than forty years ago in the now fabled show Italy: The New Domestic Landscape, held in 1972 at the MoMA in New York.

We can also mention Progetto Apollo (1971) by the 9999 group, in which the Moon is imagined as a new Noah’s Ark in which to preserve the templates of life on earth, and the inhabitable Vegetable Garden House (1971), where the focus was instead on introducing the principle of recyclable resources within modern hi-tech living spaces, a theme that has never been more topical. 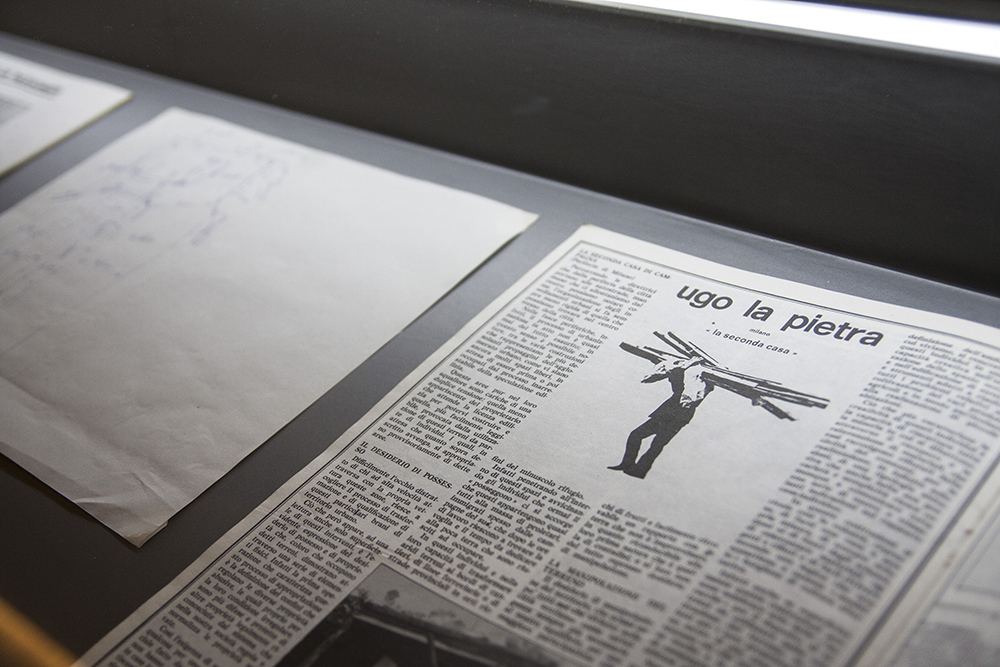 On the other hand, Gianfranco Baruchello’s project Agricola Cornelia S.p.A. (1973-1983), involved in a single entity the concepts of aesthetics, agriculture, zootechnics and life, since it created a real society that carried out all the normal activities of a farm, from growing vegetables and fruit trees to raising sheep. The idea of the eco-environment developed by Baruchello was born as an artistic and political happening, but within a couple of years became a lifestyle, a choice, the same choice of rediscovery and construction found in Piero Gilardi’s fragments of the world. Gilardi reconstructs in polyurethane that which has been violated by  environmental pollution, restoring the original shape and appearance of pieces of the Earth, seen by us as clean but lifeless. The artist said: “I felt then the impulse to imagine and recreate that fragment of polluted landscape in my studio, but totally cleaned and organic”.

And so Earthrise continues the investigation by the PAV and focused on the determination to identify a genealogy between artistic endeavour and our ecosystem, a language to be amplified and made comprehensible to audiences. Because, as Scotini says: “We like to bring people back to Earth”.