The action on matter of electromagnetic radiation – perceptible by the human eye – makes it the tangible agent of the transmission of or opposition to light. From the basic notions of physics we can re-formulate a story of interaction which leads this visible portion of the electromagnetic spectrum to be an element allied to art. In his creative expression, man has used light as an extraordinary means and medium, starting with its interpretation as a source of primordial energy. With light, the visual arts have constructed a substratum of relationships which over the years have manifested themselves in a wide range of ways.

And so, in the International Year of Light and light-based technologies (YIL 2015) announced by UNESCO, the Lumine|Visio exhibition, curated by Giulia Tulino – at the inArs Art Gallery in Rome’s Arion Montecitorio bookshop – acts as a glue joining works which have crossed a century, works in which light sources become a means of communication and an instrument for engagement: a visual and aesthetic call to the transmission of content. 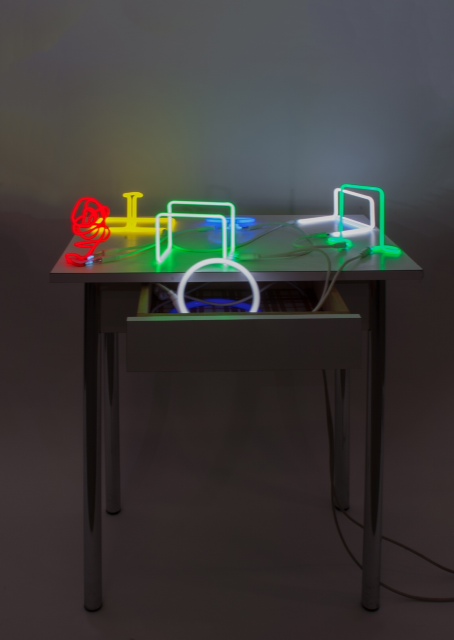 The process that places the intervention of light in works of art is an essential condition of the creative conception of many artists. From the origins of the history of art to the most contemporary expression, this interaction is based on experimental technical research. Indeed, in the modern day it has become a language assigned to experimentation, with a lengthy and prolific time span. Since the  light paintings – born from the 1949 collaboration between Pablo Picasso and photographer Gion Mili – the use of artificial light underwent extensive development in the nineteen-fifties with Lucio Fontana, who began working with neon and black light (Wood’s lamp), opening the way to research by artists like Dan Flavin, Robert Irwin, Mario Merz, Bruce Nauman and James Turrel. 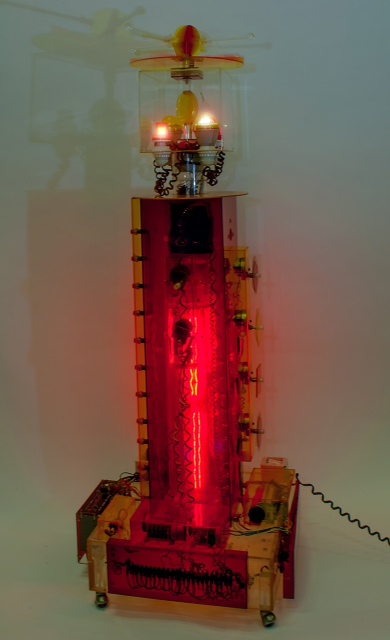 Lumine|Visio references those expressive transformations: from Giacomo Balla’s Ritratto di luce (1917) to the works of Max Ernst and Enrico Castellani, from the photographic images of Mario Giacomelli, Gino de Dominicis and Emilio Prini to the use of neon, a recent transformation of this alliance which has seen its partnership strengthened and enriched in times of technological innovation and social change. And so Vedovamazzi’s Holiday Resort converses with Giovanni Albanese’s piece composed of incandescent light bulbs (a striking stylistic statement) and Testa di cavallo by Felice Levini, arriving at For light we live in light die, Alessandro Rosa’s video projection which sums up, in a sequence of images on plexiglass, the charismatic attractiveness light holds, for the moth, and in the universe. From the insect that symbolises this attraction and expression comes the synthesis of a dialogue that originates in nature, translated into artistic expression and transmitted by technology.