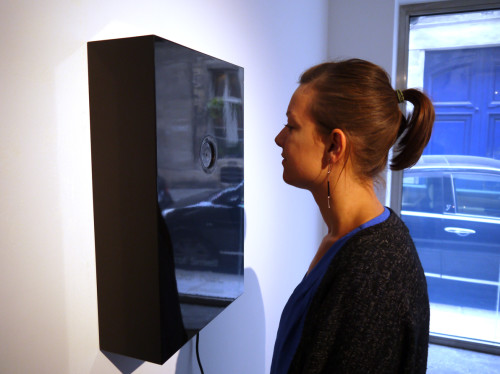 Edoardo Kac is an artist who is famous for his pioneering work in telepresence, transgenetic art (a term he coined) and bio-art – to name a few in the fields of an artistic quest that focuses upon the philosophic, social, political and aesthetic dimensions of language and communication processes. A series of his works dedicated exclusively to smell and incorporated in the term Olfactory Art are now on exhibit at the Charlot Gallery in Paris.

Osmo-box, his latest work on display for the first time, is made up of aromas enclosed in black boxes that are gradually discharged into the air as soon as the presence of spectators is detected. These experiential installations are linked to memory and are projected in the mental journey towards “someplace else” dictated by individual perception. The minimal aspect of the boxes gently shifts the nature and uniqueness of each work to its olfactory composition and the verification of its identity.

In 2011, Kac presented Aromatherapy in exhibit and, with the help of nanotechnology, he published his first book written exclusively with aromas: 11 poems make up this book of art and installation, some of which were created with one or two molecules while others were created with dozens of molecules and then subdivided into olfactory zones inside the page. In this way, Kac set the pace for a book that finds its harmony in the alternation of scents and in the passages from unimolecular simplicity to the complexity of polymolecular structures.

«Olfactory art shall invent its own aesthetic realm and be understood as a form of contemporary art that explores the limits and possibilities of the most underrepresented of the senses. In so doing, it interrogates the sensorial hierarchy that privileges visuality and, at the same time, invites us to temporarily occupy the subject position of other living creatures, such as dogs, for example, which have in the sense of smell a central means of interaction with the world». (E.Kac) 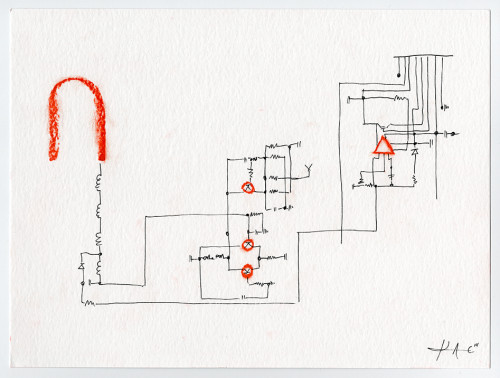 The topic of smell is inserted in a broader sphere related to research and a polyhedral application that is often sustained by exchanges and collaborations with scientists and professionals from other disciplines, guided by an instinctive interest in the dynamics of communication: in verbal and non-verbal exchanges, dialogic structures between inter-species, telepresence etc. Kac often experiments with dialogic forms through the creation of alternative ecosystems, utilizing the encounter between telematics and biology.

Before he began his pioneer experiments with the web, his fascination with language and communication was expressed through projects involving holographic and digital poetry and exercises with the first systems of communication such as the fax machine. Even the performative body became a vehicle of an alternative system of writing and reading. This performative series of body poetry called Pornograms created during the 1980s on Ipanema Beach in Rio de Janeiro remained in the shadows of his other projects for years, including his telepresence and transgenetic art. In the past few years body poetry has been placed at the core of the interest of the institutional world which has defined and deepened its connection with Kac’s more recent research. The body is a constant in his work especially in his olfactory works.

In the case of Olfactory Art, the correlation with language is to be found in its asymmetric connection with the sense of smell. This is another type of expression that written or spoken language cannot describe in an objective manner. Kac affirms: «Art and critique lack a vocabulary capable of describing an olfactory work of art. But this will change in the future». 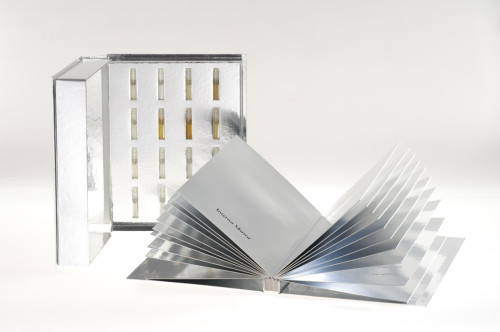 The Gallery personifies a courageous and commendable choice. It was inaugurated in 2010 as a place that is open to new experimentation and particularly interested in post-digital experiences. It is open to dealing with the difficult issues inherent to expository and, above all, conservative aspects. These themes are inevitably present in the contemporary world in which art is its mirror, as it has always been. In these cases, the process of creation takes on an important role as it has already gained in acknowledged works of conceptual art. Preparatory and descriptive drawings of the Osmo-box installation units are on exhibit as documentation and a part of the project itself. 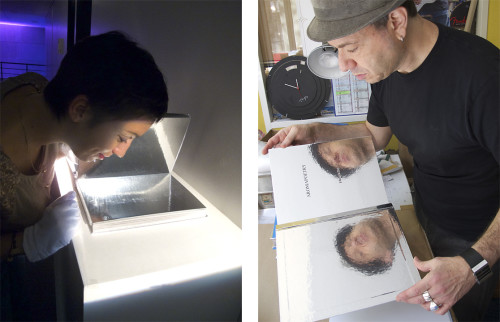