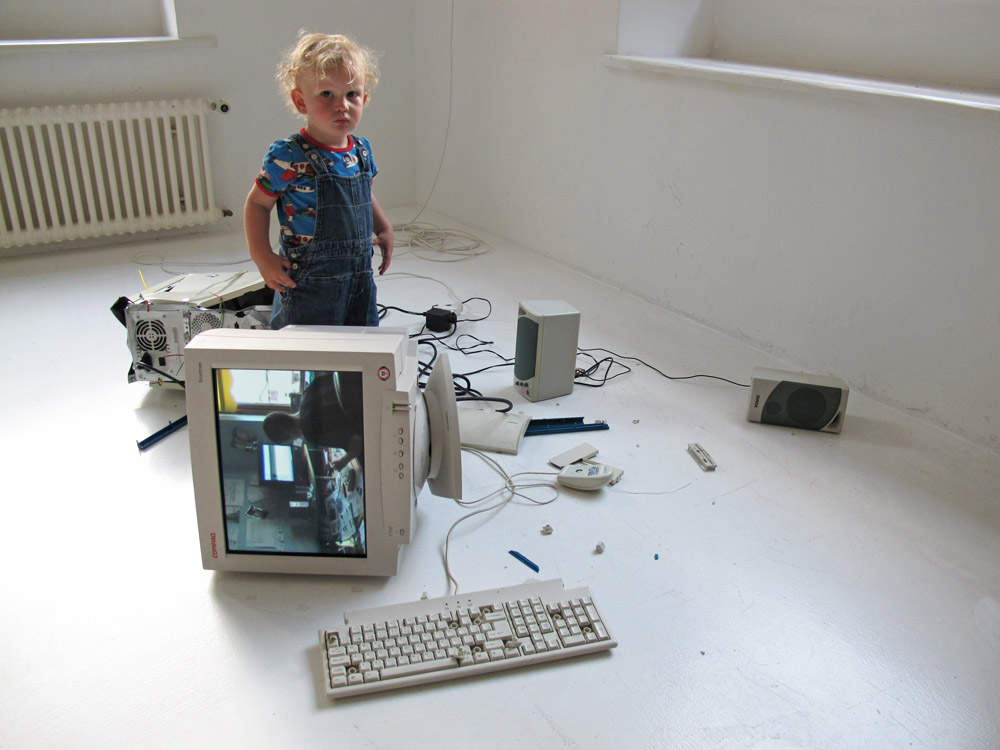 The works by  Eva and Franco Mattes (1976), Carlo Zanni (1975) and Diego Zuelli (1979), all pioneers in the field known as media art,  launch a new venue in Modena dedicated to contemporary culture. Each of them has analysed and experimented differently with the culture and techniques of informatics and information, articulating them in a wide-open way that diverts attention from   accustomed paths and turns a critical eye on the reality in which this culture takes the shape and the substance we currently inhabit. 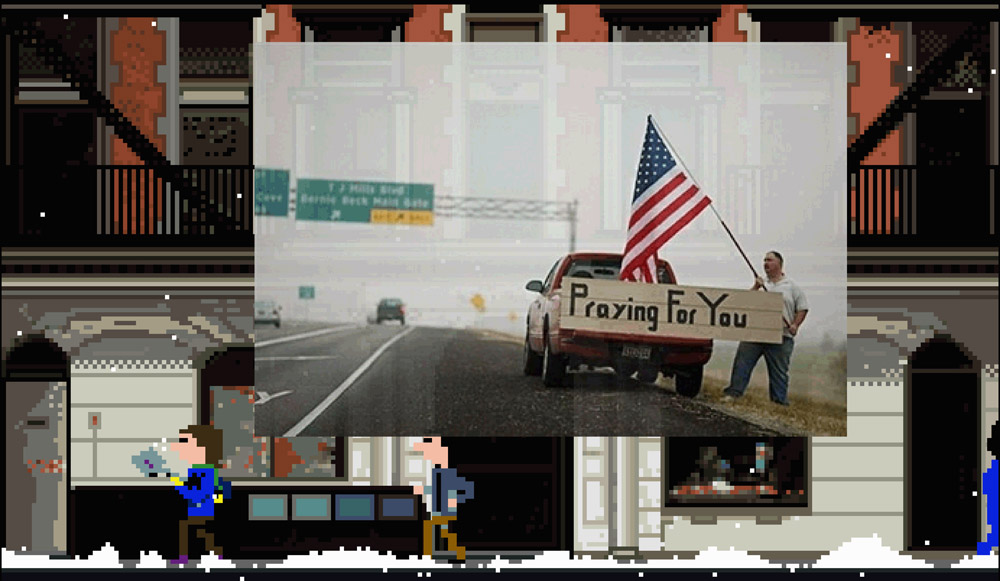 Average Shoveler (2005), an online game by Carlo Zanni – a multi-faceted explorer of internet culture since the late nineties – takes the lid off the apparatus of informatics, capturing it in real time and inserting it into a work where painting, film, game design and data mining intertwine in a dense network of connections and references, characteristic of all Zanni’s oeuvre. The protagonist – inspired by the graphics of the eighties video game Leisure Suit Larry  – is on a mission is to shovel snow. Information falls “like snowflakes” until the protagonist is submerged: he lies there inert and our critical eye is reactivated as we realise that the snowflakes are none other than data captured in real time by software.

With My Generation (2010), Eva and Franco Mattes, alias 0100101110101101.org – the pseudonyms for the Italian duo who, since the days of  Luther Blisset in the nineties, have unmasked every aspect of the media using its own methods – present us with human fragility in the face of our possession by technology. Recordings of kids having violent outbursts while playing video games are turned into a video transmitted by an old Mac computer, overturned on the floor and half-broken but still working, almost as if it were possessed. 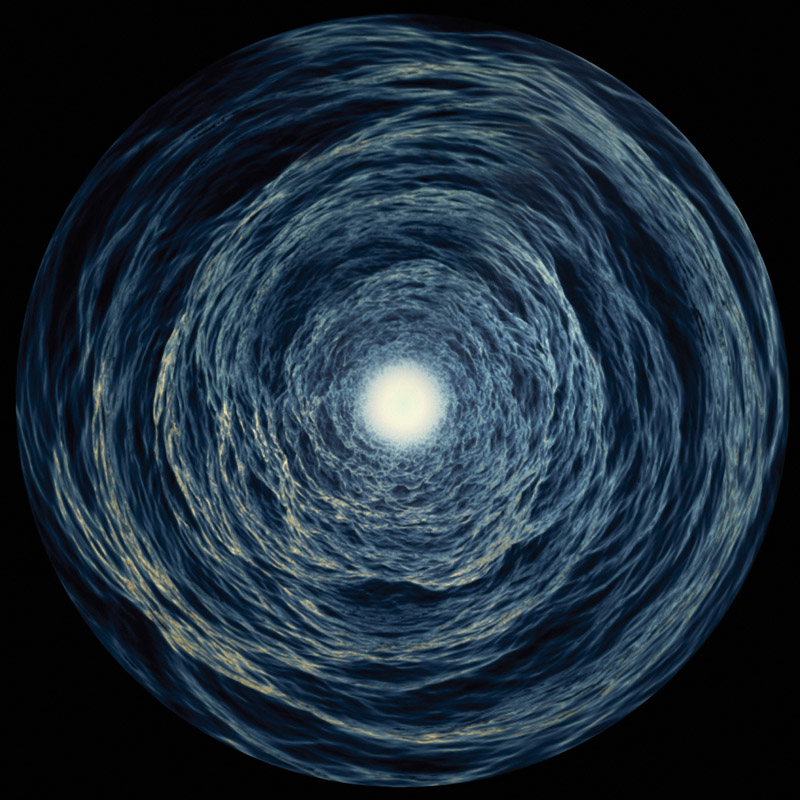 The power of technology is part of the visual work of Diego Zuelli, who has been active in video and computer graphics since early in 2000. In his work the generative aspect of the language of algorithms creates visions inspired by nature, with a classical look and a painterly appeal. In the generative video installation Rotazione n.1 (2008), geometric movement plays with Edgar Allan Poe’s A Descent into the Maelstrom and Correggio’s Assumption of the Virgin, works which evoke movement and subjects that inspire Zuelli by their ability to materialise the ephemeral – as he himself sustains in the introduction to the work – like the animated and pliant descriptions of fluid substances, as much in Correggio’s painting as in Poe’s words or those of Arthur C. Clarke, who describes the sea as an element of architecture.

EFFIMERA – according to the press release – aims to offer a moment of growth and coming together on a national level around issues of public interest and intense relevance regarding primarily art, technology and communication. In fact, the work of the latest generation of artists is characterised increasingly by a marked ephemeral approach to the image, mirroring the age in which we live.

Three important artists, who between them have analysed and creatively interpreted the various evolutions of computer culture from the advent of internet to the present day, offer a comprehensive overview of contemporary culture in artworks that move in parallel between social survey and aesthetics, on this occasion designed also as a dialogue with the physical space that houses them.