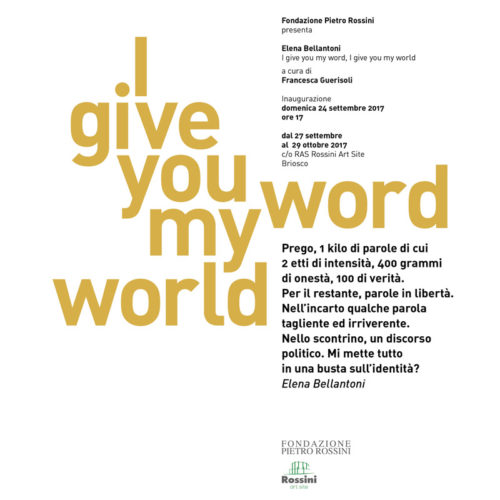 From 2014 and, to be more precise, since deciding to return to Italy after a series of global tours and a long and a brilliant residence in Berlin (2005-2012), where 91mQ art project space was opened, Elena Bellantoni (Vibo Valentia, 1975) has moved up in the art world thanks to her willpower, courage and determination, which excited and continues to excite insiders and art lovers who come to know her work. Dunque siamo… (So we are…, Salerno, 2014), Passo a Due (Pas de Deux, Milano, 2014), Lucciole (Fireflies, Pescara, 2015), Parole passeggere (Passing Words, Roma, 2015), Hala Yella (Bergamo, 2016) and DreamEscape (Roma, 2017) are all Bellantoni’s solo exhibitions, together with a considerable number of collectives – for example, Capolavori dalla Collezione Farnesina (Masterpieces of the Farnesina Collection). Uno sguardo sull’arte italiana dagli anni Cinquanta ad oggi (A study of Italian Art from the 1950s to the present, Zagabria, 2014), which secured her entrance in the prestigious collezione degli Affari Esteri (Foreign Office Collection). In all these exhibitions Bellantoni has guided her public through suggestions, recollections, instrumental heterodoxies, collaboration and exchange projects, mergers and transitions aimed at facilitating an organic, babel-like process. 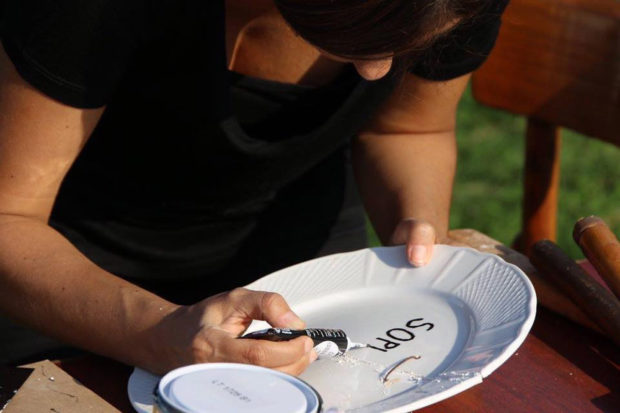 Elena Bellantoni’s art has currently reached a new maturity, a state of high formalisation. The artist not only establishes a transemiotic vision – a continuous movement between the various languages of art (painting, sculpture, cinema, photography, video, music, theatre and fashion) and the lesser known fields of medial nomadism (Celant) – but also actively records what exists, incorporating it in the artwork, in order to think of a space inhabited by sporadic meetings and emotive participatory principles. 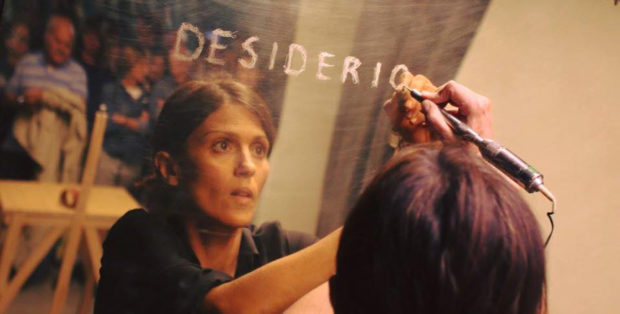 I give you my word, I give you my world (ti do la mia parola, ti do il mio mondo) is Bellantoni’s latest solo exhibition, a needed retrospective of her work from the last decade. In its logologic title this exhibition already hints to the irruption of expressive and literary energies whose critical order complicate a lively ars combinatoria, a contaminatio between open and closed, the inside and the outside. 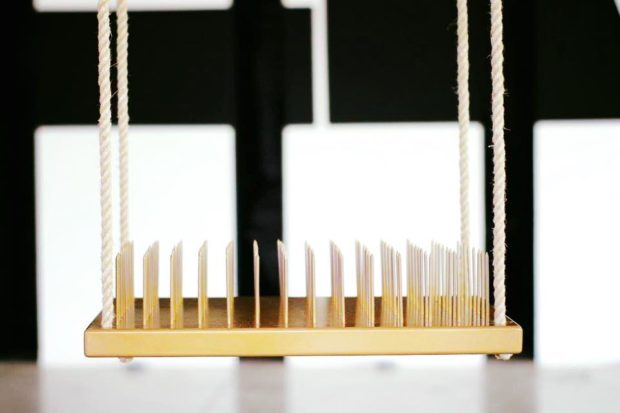 On display at the Fondazione Pietro Rossini and curated by Francesca Guerisoli, this new exhibition presents two site-specific projects and a series of 5 performances in which the artist takes on anthropology, sociology, pedagogy and andragogy as the preferred ingredients for a story that moves from the singular to the plural, the polyphonic. Armed with an essential aesthetic polyglotism, Bellantoni opens her own work to the public who is invited to move around, play, wander between words and discover the words’ sweetness, their silence and meaning. 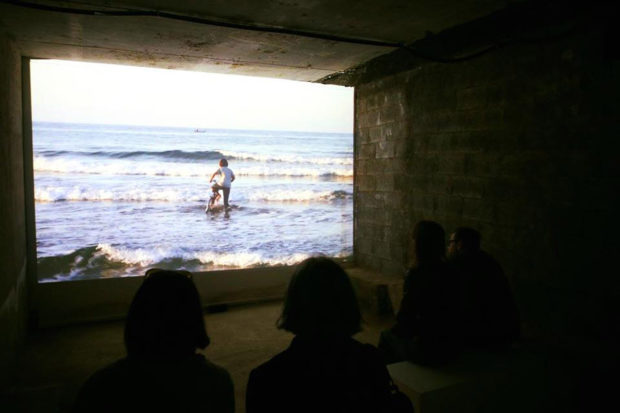 The exhibition includes the video installation Maremoto (Seaquake 2016); le Parole cunzate (Seasoned Words 2015-2017), which aesthetically reproduces the ancient trade of the cucipiatti (a craftsman who repaired broken dishes) and drafts a series of meanings for “courage” and “trust”; the arm-wrestling of Impero Ottomano (Ottoman Empire 2017); the Effetto Butterfly (Butterfly Effect 2017), which recalls Benjamin’s optical unconscious and, naturally, Blow Up by Antonioni; Biliardio (2017); L’età dell’oro (The Golden Age 2017) and the wonderful Parole passeggere (Passing Word, 2017), which takes us all back to school, this time out in the open, a space where Dante, Petrarca and Tasso should have been read. 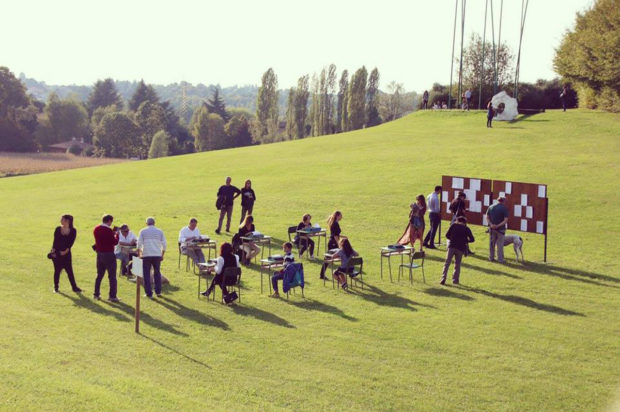 These are the various stages of this new aesthetic journey, this new sharp and seductive immersion, this new vision that tastes of nocturnal, fresh air, where words – all those words that Elena Bellantoni offers – are read sottovoce (in a low voice).