The black stage. Spotlights illuminate three tables, the only objects to inhabit the stage. And then the three performers and their unconventional musical instruments: Morse code handlers, metronomes, balls, bowls, notebooks, pens, rulers, basketballs. These are the instruments of the compositions by Ryoji Ikeda, who for the Romaeuropa Festival staged Music for Percussion2, an ideal continuation of Music for Percussion 1, presented precisely at the Romaeuropa Festival in 2018, at the Sala Petrassi of the Auditorium Parco della Musica on 30 October. 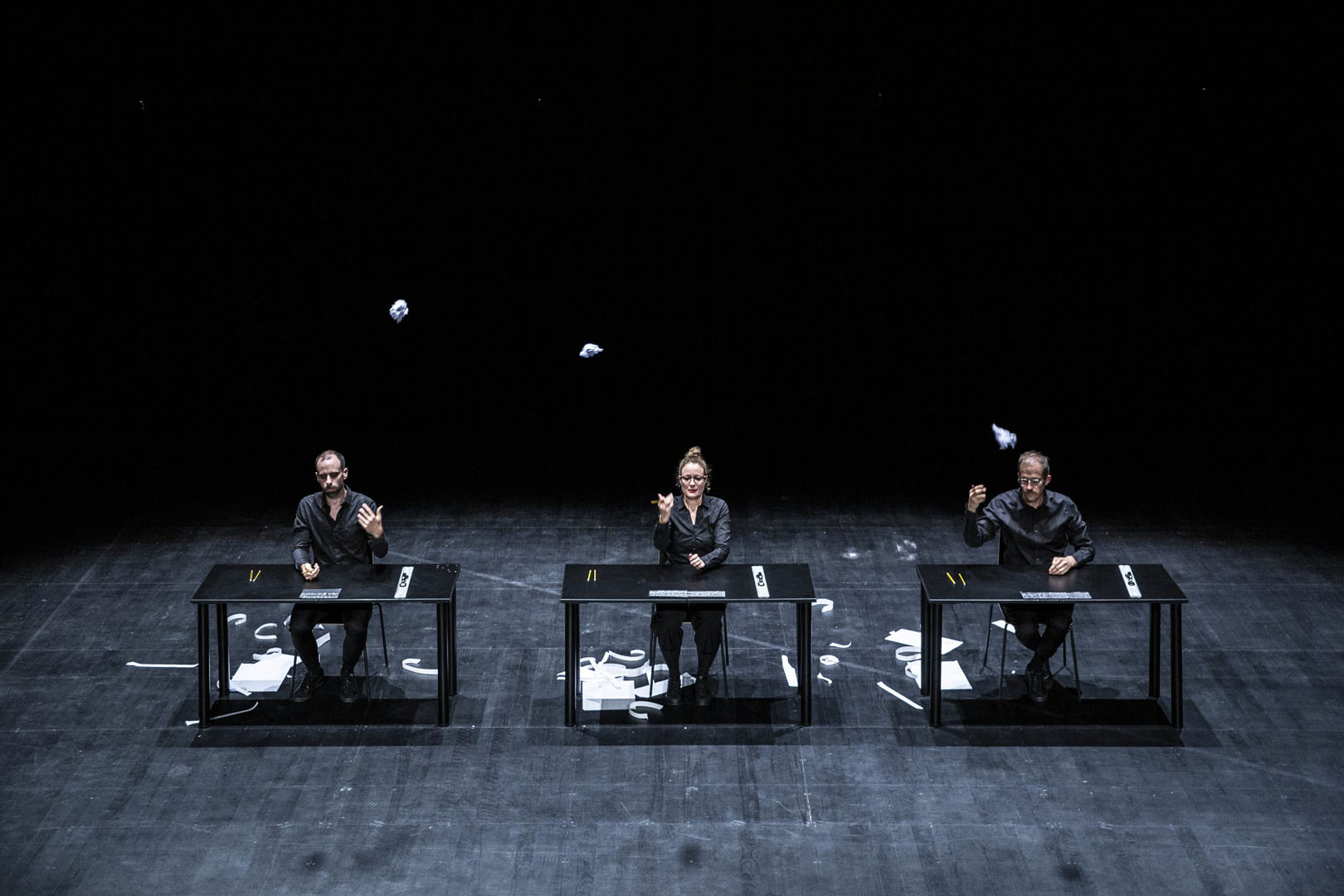 The Japanese sound artist’s compositions are collages of primary sounds emitted by percussion and the manipulation of everyday objects. What amazes the audience is the sound produced by a notebook, the rhythm of its flipped pages, the stroke of the pen on the paper and the variation of the sound between circular and rectilinear patterns. The execution of the three performers has a mathematical rigour, they play with perfection in unison and in counter-tempo.

Exclusively acoustic compositions, an enthralling rhythmic research in the final part, the originality of which is, however, doubtful, as a long series of predecessors can be traced. And this time, the seat next to ours was empty, our artificial spectator was absent that day, replaced by dozens of luminous smartphones of human spectators.

FRAME > I could speak once under two moons