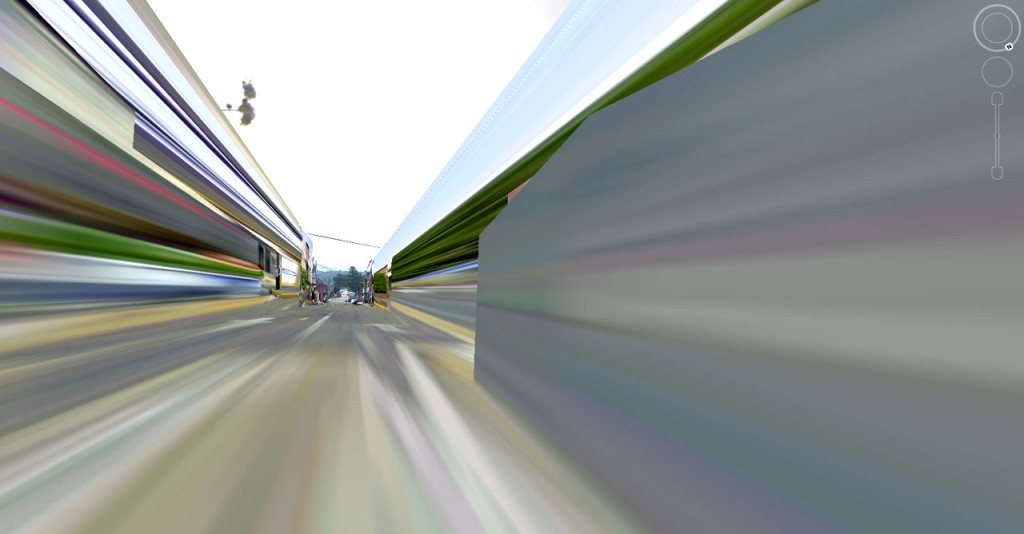 «Glitch Road» exists, I found it in Google Earth somewhere in Kansas. But when you move from one frame to another in Street View every road becomes a glitch, and the world becomes a colored mess often more interesting than the reality itself. I shot this deconstructed universe where the Glitch becomes part of our experience of the representation of the world. (Marco Cadioli)

Since ever, Marco Cadioli has been engaged with exploring the hybrid dimension of virtual and real space.  Embedded in his photo-reporter avatar he entered into the liquid landscape, to depict facts and people, in photographs that were sometimes published on international magazines. His most recent creations, such as the Glitch series, shape from his  attraction by the new geographies as they emerge from Google Earth world of data. The many facets of photography and its transition from analogue to digital are included in his book «Snap Shooter», written with the new media theoretician Vito Campanelli. You can browse about the content on the book’s website  and participate to its coming to life as a printed text.