English artist and theorist Roy Ascott was the first to have applied to art the cybernetic theories – defined by Norman Wiener in 1948 as the scientific study of communication between animals and machines – and telematics, the term used since 1978 to indicate the convergence of communication and computers. His theories found their practical environments in an experiment destined to be a historical point of reference exactly thirty years ago. In 1983 Ascott was invited by Frank Popper to take part in the Electra. Electricity and Electronics in the Art of the XX Century exhibit that was being held at the Musée d’Art Moderne de la Ville in Paris. Here the English artist displayed his trailblazing project La Plissure du Texte / The Pleating of the Text: A Planetary Fairytale, also known by its acronym LPDT. The title is an explicit reference to an essay by French critic Roland Barthes that was published ten years earlier with the title Le Plaisir du Texte (1973), a popular essay discussing, among many other things, on authorship and on the role of reader as a writer of the text. Ascott foresees multiple authors and readers.

Artists and authors from eleven different countries and continents scattered around the globe(including the United States, Canada, Europe and Australia) were called together to contribute to the creation of the «planetary fairytale» for the La Plissure duTexte. The narrative text of one was a continuation of another from a remote position with the same spirit as the one found in the surrealist game of Cadavere exquis (exquisite corpse), as media theorist Edmond Couchot remarked. 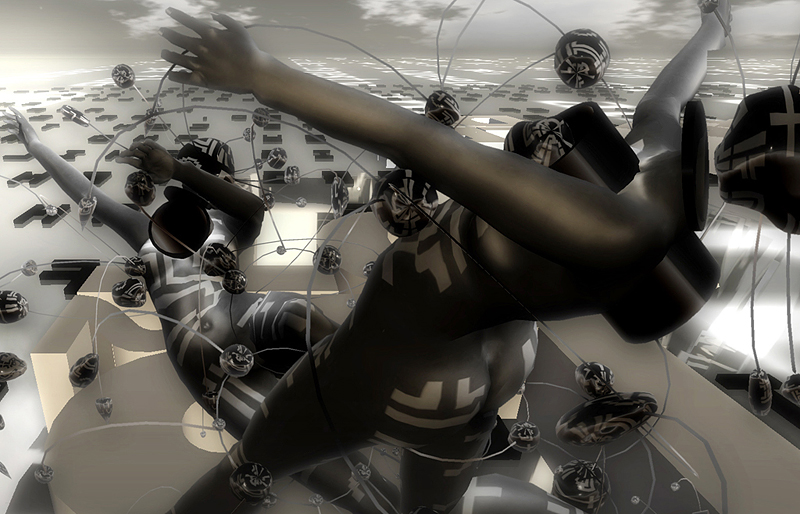 Ascott drew upon all the potential offered by the network and telematics of the time to put his concept of «distributed authorship» into practice. This project has become an historical reference but its origin precedes this date. In regards to this point, we would like to mention his essay The Construction of Change published in 1964 in «Cambridge Opinin.41. Modern Art in Britain». This was the first published article by Ascott that redefined art in light of Wiener’s cybernetics. His immediate understanding of the impact cybernetics was to have on society and art’s eventual role in the interception of these changes meant that he was capable of projecting and anticipating a new definition of artistic interest through information, behaviour and interaction. Conceiving and structuring a work as a combination of relations in which comprehending the interactivity – change and considering art in its educational role – meant bringing its programming and behavioural aspects to the forefront, placing them before the final result.

In 2010, The Plissure du Texte was revised and redeveloped in Second Life by the author in collaboration with Max Moswitzer, Selavy Oh and Elif Ayiter. It is from here that the two new versions LPDT2 LPDT3 and  take off:  structured with the architecture and textual geography placed between worlds and dimensions – where autonomous robots intervene as communicative junctions among narrators and where visitors in physical space can interact by (among other things) sending text messages and tweeting. The undisputed figure of Ascott today has brought researchers and curators to reconsider his group of groundbreaking analogical works in which he prefigures his theories on the network and telematic interaction. A series of projects like those carried out between 1963 and 1970 was presented by Plug In ICA, with Video Pool Media during the summer of 2013.

The breadth of Ascott’s vision, fed also by his continuous educative commitment which is still extremely active with his International research platform I-Nodes, is what has guided the intuition and foresight of this artist and theorist towards the ongoing anticipation and vision of the variety of ways in which technology is interwoven with humankind – in its physical and social organization. Among these, the singling out of our need to re-create new nature – Natura II – which belongs to a world that is neither digitally dry nor biologically wet. In short, a «moist media». This is what is derived from his interest in quantum physics and techno-ethics and the direction in which his scientific commitment to the most current research is heading, coherently moving from his pioneering work.