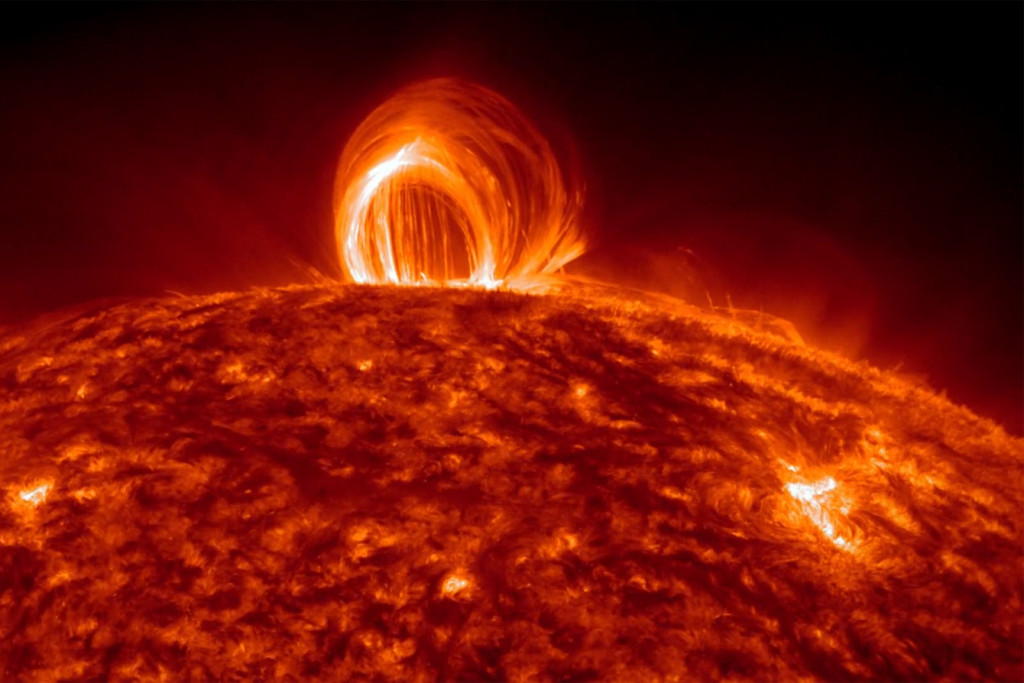 This is one of a series of images captured by the Atmospheric Imaging Assembly (AIA) between 2011 and 2015 to be employed by Michael Konig to realize – in post-production the video, Sun, recently depicted at Ars Electronica Festival for the suggestive Deep Space 8k dedicated to film-immersive experiences. The video evolves from a previous one he created using time lapse sequences taken by the crew of the International Space Station. Published online, it reached over 10 million views and was a 2012 Lyrical Vimeo Awards Finalist.