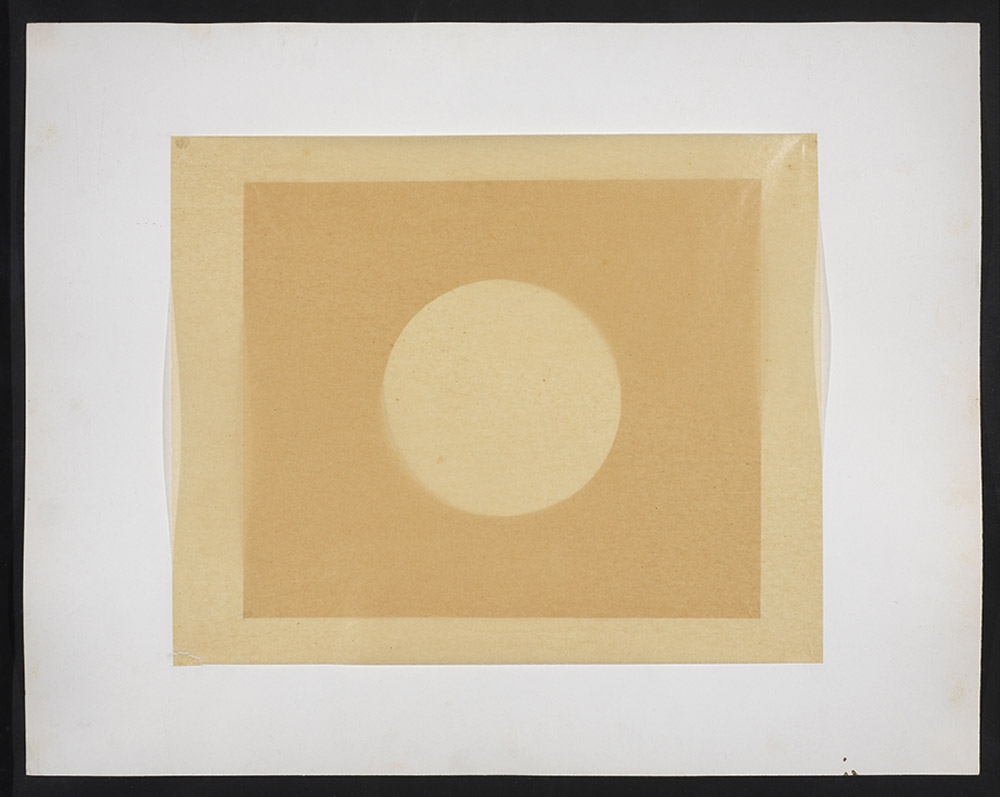 Francesco Lo Savio and his experimental work on space and light (documented by the same author in 1963 in Spazio-luce) are presented in the exhibition “Francesco Lo Savio – Filtri, Ferri, Progetti” at Bibo’s Place and brought back to life in the parallel exhibition “In che senso Italiano? (ancora!)” and the works of contemporary artists invited to measure themselves against this visionary figure who was an active part of the Roman art scene in the fifties and who died prematurely aged just 28. Presenting this encounter are Andrea Bizzarro and Matteo Boetti at their venue Todi, founded in 2013 to serve as a bridge between past, and present.

The title of the exhibition, “In che senso Italiano? (ancora!)”, is a reference to a project created by Matteo Boetti at the Anna d’Ascanio Gallery in the two-year period 1995 to 1997 “as an investigation into the common denominator of Italianness, a shared feeling of belonging to the glorious history of our country’s art” (Matteo Boetti).

Perception, experience and the search for multi-dimensionality through light – so fundamental in today’s modern multimedia experiences – were already central to Lo Savio’s work in the fifties.  This makes him a precursor of contemporary spatial research, continuing on the lines of Piet Mondrian and the Bauhaus, driven by his interest in technique, in materials, in space’s response to light, and the latter’s materialisation in the perception of those who experience it. Chromatic vibration, the relationship between surface and ambience and the incidence of different surfaces form the centre of his series of works: Spazi-luce, Metalli, Filtri and Articolazioni totali.

Lo Savio’s work – represented in the exhibition by the pieces Visione Prospettica leggermente afrontale di progettazione per un metallo monocromatico (1960), Copia per processo luminoso di filtro monocromatico bianco (1961) and the lithograph Spazioluce (1960) – has thus guided the inspiration and supplied energy for several young artists, selected from among the most experimental of our contemporary cohort: Silvia Giambrone, Chiara Mu, Matteo Nasini, Leonardo Petrucci, Luana Perilli, Alessandro Pingiamore and Mariagrazia Pontorno, who were all invited to produce or present works which take their form from Lo Savio’s approach.

Alessandro Pingiamore’s blown glass biomorphs with various orange-blossom fragrances raise the curtain on the negative of the image, as do the luminous vibrations of his paintings in liquid wax, which turn the spotlight on haphazardness. Marigrazia Pontorno builds a stratified image that overlaps, throughout pints on lucid paper, current shadows and fears over images of devastated archeological sites. 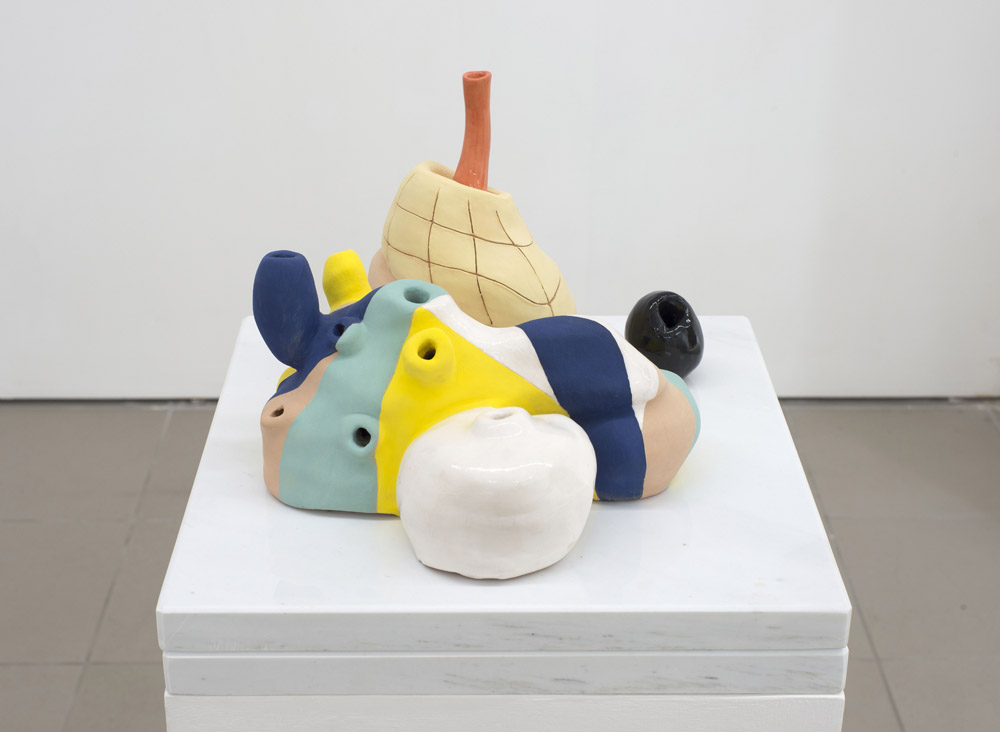 In Solitary Shelters, Luana Perilli’s organic shapes designed  in ceramic as nests for insects, build a bridge between space and social function, prosecution of an interest revolved towards social organization of insects with the one of humans in society. Marigrazia Pontorno builds a stratified image that overlaps, throughout pints on lucid paper, current shadows and fears over images of devastated archeological sites. 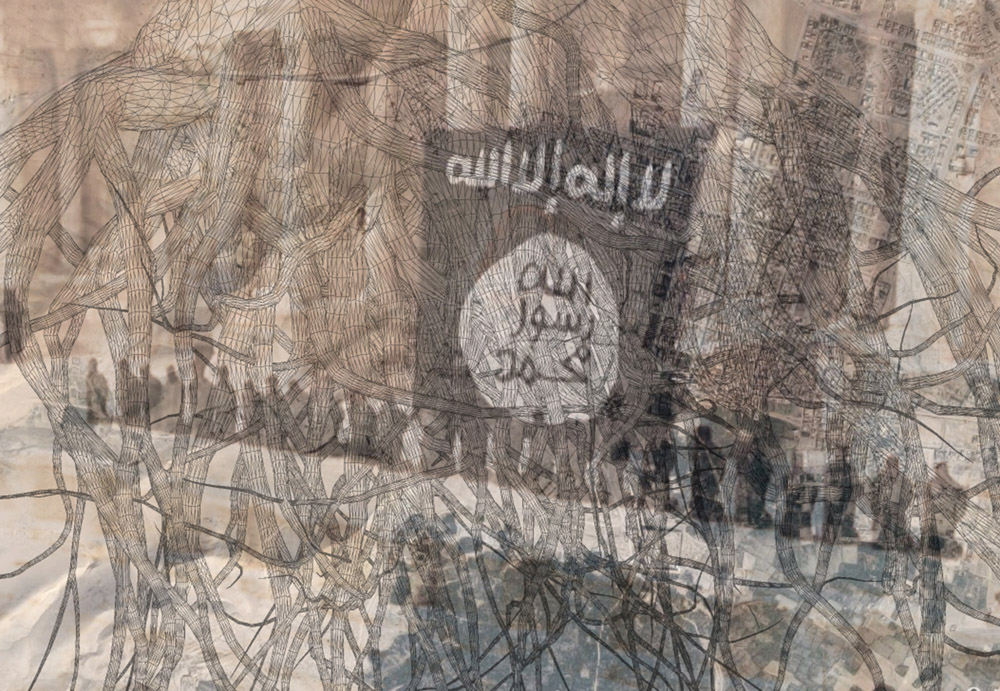 Matteo Nasini is a musician and very interested in processes for translating natural sound (like his wind music). Here he freezes the act of throwing skeins of coloured thread into the air, in order to fix a moment of experience where randomness is everything. Form and content coincide in the pictorial subtractions of Leonardo Petrucci, who has always been fascinated by the relationship between art, alchemy, physics and astronomy, and who here allows the absence of space to open towards another dimension.

Experience, so central to Lo Savio’s work, is the creative realm of Chiara Mu, a time-based artist who has always been interested in an energetic dimension that abolishes the object, only to materialise it in the weave of an emotional awareness expressed through an intimate relationship between artist and visitor. A reading of documents (on Lo Savio, or by Lo Savio), listened to on headphones, is followed by a more intimate exchange with the artist in the event that the listener’s emotions become engaged. 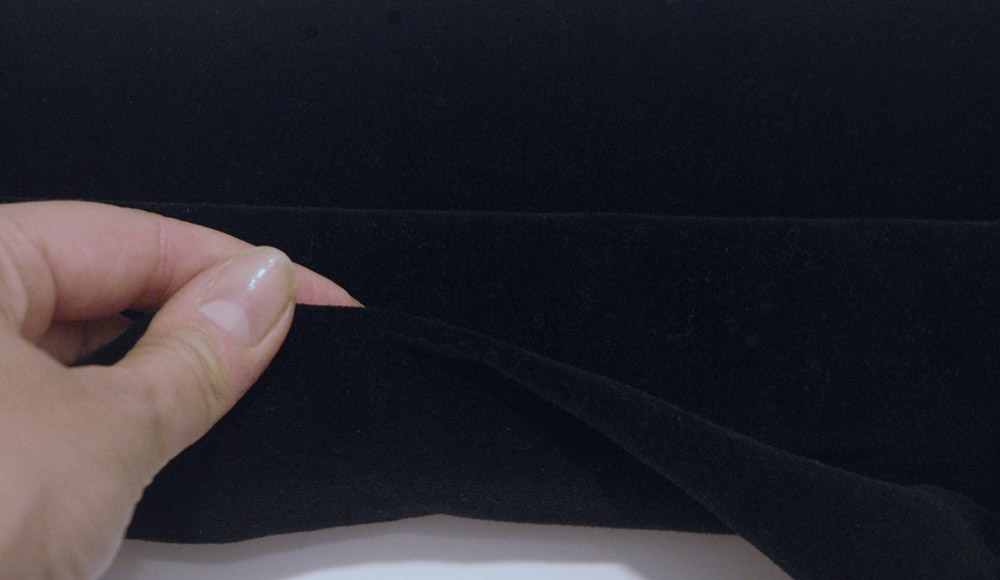 Thus experience, on this occasion linked to an emotive shift in consciousness, becomes Lo Savio’s material, located by him in the perception of space. Even when you, the Spectator, shall walk all around the world I have created – even when you inarticulate Spectators, tables and chairs and other works of art, shall transmit your vibration – my plastic dramas, my dramas of Birth and Creation, of Light and Space, shall unfold in a spatial silence of my fabrication. For I have enclosed them in a womb; a shelter; a womb and a shelter of crushed stone and cement. (from a text by the writer William Demby, quoted at the presentation of Francesco Lo Savio’s exhibition at Rome’s Galleria La Salita in 1962). 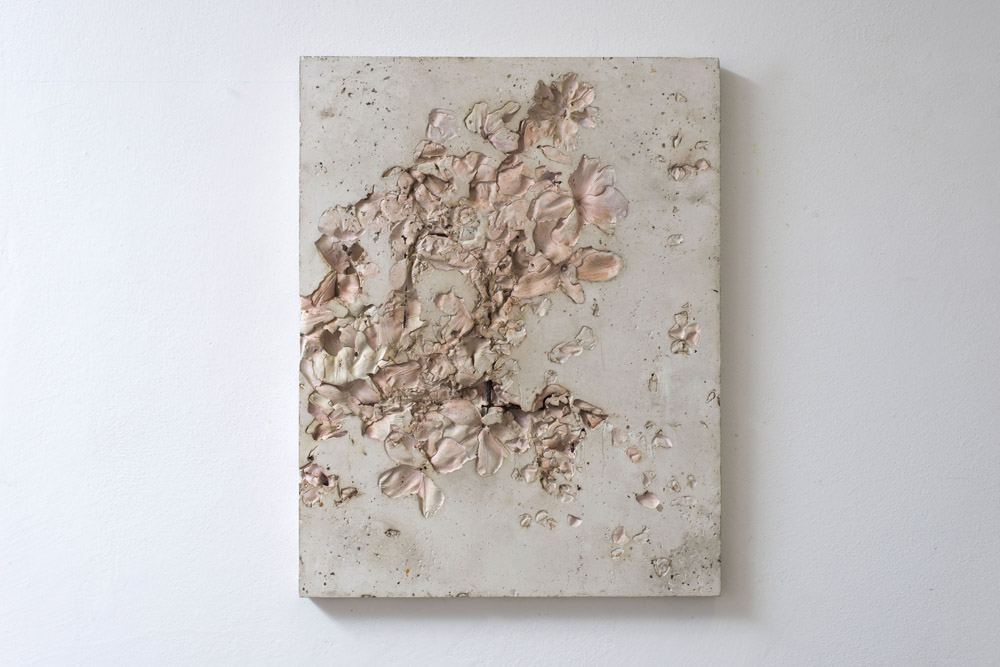 The art of two generations and two exhibitions finds its place in the thought of Lo Savio, completed by the series of documents, letters (including one from Gastone Novelli to Tano Festa) and catalogues included in the exhibition.