by Elena Giulia Rossi
in focus
«Yes, gentlemen», continued the orator, «in spite of the opinions of certain narrow-minded people, who would shut up the human race upon this globe, as within some magic circle
which it must never outstep, we shall one day travel to the moon, the planets, and the stars, with the same facility, rapidity, and certainty as we now make the voyage from Liverpool
to New York! Distance is but a relative expression, and must end by being reduced to zero.»
Jules Verne, From the Earth to the Moon, 1865[1] 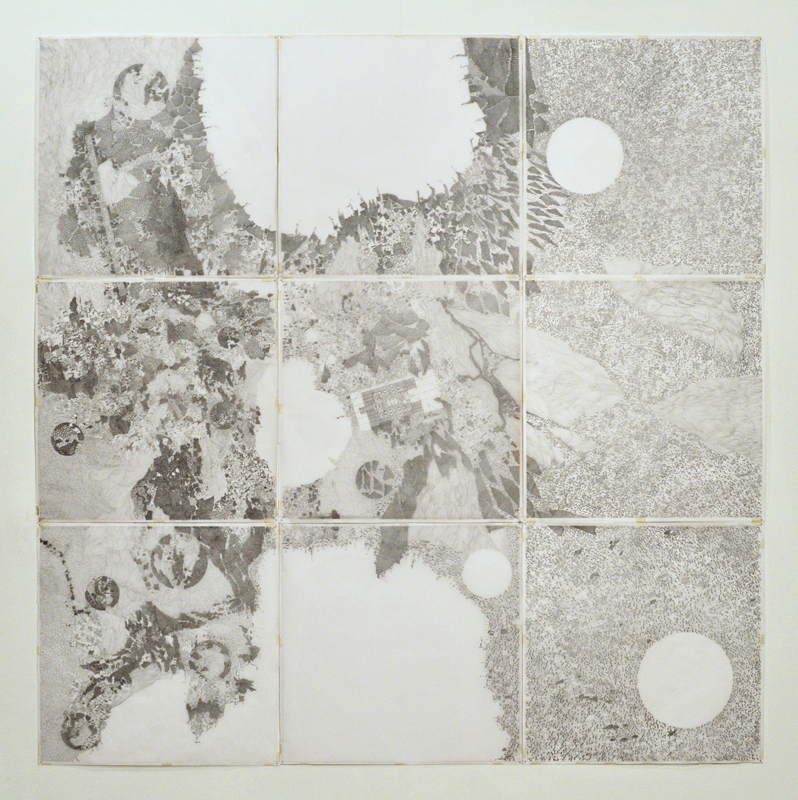 The telescope, the moon landing and satellite technology that constantly bounce the observation points of the universe back and forth on all of our devices (with road directions, weather forecasts, etc) right up to microscopic technology which reaches the universe in its minutest units of its profundity have extended our visual range beyond the unfathomable. The ability to arrive at the invisible has given form to things that had only been visualized by our imagination until now. The imagination is the intellectual faculty that functions as the antechamber to progress. Geographical and spatial coordinates have changed as well as those of our imagination which, in order to remain as such, is forced to thrust forward beyond the horizons it has already gained access to.

Landscapes of our imagination are what have been called into play at the exhibition entitled Dalla Terra alla Luna. Architetture e paesaggi immaginari us carta [From the Earth to the Moon. Imaginary Architecture and landscapes on Paper], curated by Simona Galateo and Emilia Giorgi for and with Studio Stefania Miscetti (Rome). Some projects have already been completed while others have been conceived or re-conceived for the occasion. These present drawings, as well as writings, sounds and voices to tell of virtual utopias and to talk  of new spatial geography. Five international architectural studios have been invited to carry out this task: Italian participating studios are 2A+P/A and the Fabio Alessandro Fusco studio while France’s Map Office from Hong Kong; Germany’s Raumlabor and Brazil’s Miniatura from San Paolo are other participants.

The 2A+P/A 2A + P/Am Studio founded by Gianfranco Bombaci and Matteo Costanzo are presenting their blueprint of an artificial island including architecture, landscape and city planning which was inspired by the one described in the legendary James Bond film The Man With the Golden Gun (1974).

«Rewrites of interrupted reports» of the new forms of concentration and urban dispersion is the basis of Fabio Alessandro Fusco’s mapping. This architect has always been committed to independent explorations of the strategies and tactics used to transform fragments of the contemporary generic city. An alternate interpretation of modern China is revealed in the project by MAP office, the multi-disciplinary platform created by Laurent Gutierrez (b.1966 Casablanca, Morocco) and Valérie Portefaix (b. 1969, Saint- Étienne, France).

The perspective expands with the reconfiguration of the complexity of the terrain and ground surface with the blueprint by Raumblador. 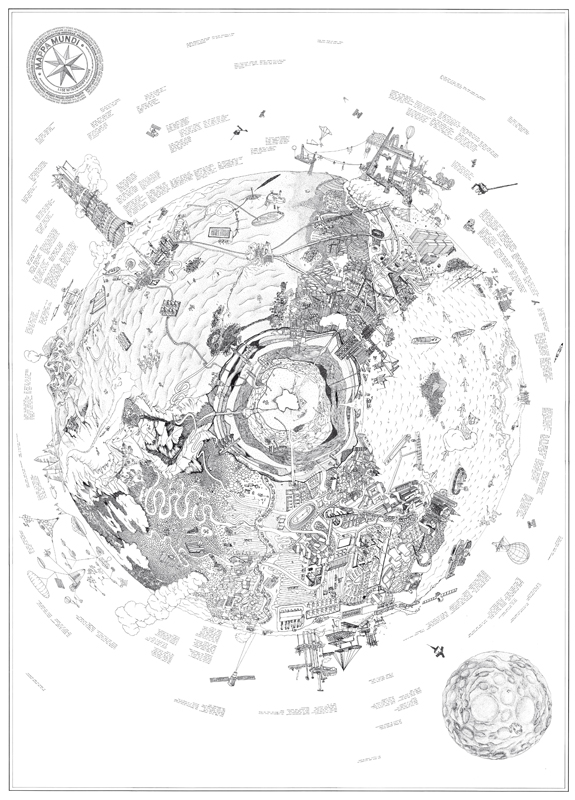 The field is once again narrowed down with the work by the Miniatura duo (Bruna Canepa, b.1988 and Ciro Miguel, b.1980) on a city shaped like a 1-kilometre flat. In the end, a door opens onto a rocket projected into space as the gaze of our imagination expands onto the universe.

Architecture comes into play in a transversal project where drawing takes on a principal role as a technique of experimentation, a significant moment of reflection and planning. Here it is combined with other elements, such as the story that each studio provided for their project, to ensure that the ensemble could come together in a single modular narrative. Above all, the protagonist is the boundless search that opens onto the possibility to set the projects in the remotest places of the Universe – from the underwater world to the Moon, as suggested by the exhibition’s title and the Jules Verne novel of the same name that inspired it. Imagination has always held the ability to see reality, be it near or future. The novel by Verne is only one of many examples. On the other hand, the moon landing and its television broadcast in real time marked the beginning of a new era: the one of life in real time. This called for the need to press forward into spaces that are further and further away in order to allow our imagination to be unleashed and express itself. At times, the technique of design or storytelling is one of the ways or possible universes where our imagination is the first necessary factor to ensuring a projection towards improvement and progress where they are converted into something tangible.