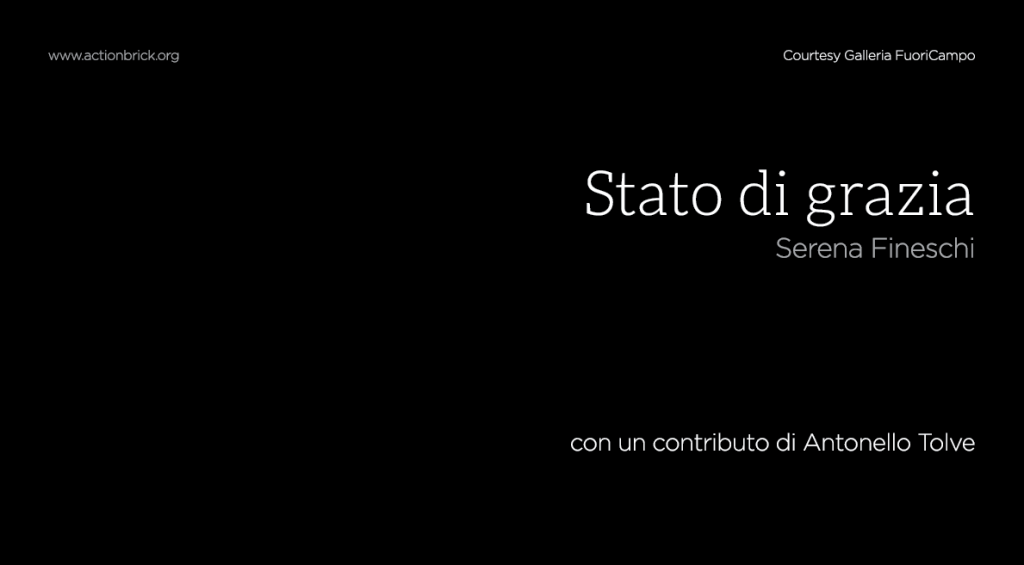 A city is first and foremost a state of mind. Those who feel like citizens can be considered as such; those who are proud to belong to a community richer and more powerful than the village in terms of culture, artistic tradition, memorable past and inclination towards common efforts. They might be deceiving themselves but if their pride is justified, it meets with acknowledgment through the behaviour of those living in the surrounding countryside that use the city as a gathering place and see it as a beacon and a guide.[1] Roberto S. Lopez

An outdoor exhibition illustrating things and houses, an elaborate score on the urban, an intervention in (and about) the city in a polyphonic and mobile place that «ends up taking on a familiar aspect, the kind of courtesy that is almost affectionate, like one of those objects we keep around our homes – out of habit just because we’ve lived a portion of our lives around it and will live part of our future with it, too» (Menna)[2]. Serena Fineschi’s new project Stato di grazia (State of grace) places the space used for our daily lives at the core of her reflection. That space is the city. And it is used to generate a minimal manoeuvre – borrowed from an accidental phenomenon – revealed through problems of space, such as the place of the place[3], a covert theft or furtive gesture carried out in the middle of the street and adopted as an aesthetic short circuit aimed at temporarily manipulating the civic pattern. It could even be described as a défiguration, a space obtained in space, the warmth and colour of intimacy.

Based upon an agreement and an inspired cultural alliance with the Municipality of Siena which has consented to switching off the lights of the old town centre and participating in a Gesamtskulptur (a total sculpture), Serena Fineschi proposes an outdoor work: an urban performance that involves the public in its own right – «the public is an inspector, but a distracted one»[4] in the words of Benjamin, written at a time when no one would have imagined – to return to the human and urban element, to happy pastures and to «a breeze that brings good health from salutary areas»[5]. Stato di grazia is the most subtle breeze, a small stain of darkness that strokes (and bewilders) the mind of Siena’s community and places the work into a living habitat, a vibrant environment and in a population of animate and inanimate objects. This is a compulsory stumbling block (Bonito Oliva) through which the artist puts the public (unaware of the aesthetic operation) over a barrel in order to produce a pungent shadow vacuum (Savinio)[6], defined as a network of circulation and communication, as a luminous reduction and as an arbitrary extrapolation of visibility, as a public health operation and as a creative slash to an officially acknowledged priority.

A total brushstroke that paints a civic place into darkness, Stato di grazia is, as described by the artist herself, «an intervention of a disarming simplicity that I could truly consider a solo exhibit that develops on an extremely distended surface (such as the entire old town centre of a city) with the largest number of oblivious consumers in an extremely brief period of time»[7].

Somewhere between order and chance – between the scheduled and the spontaneous -, Serena Fineschi finds a way to offer a momentary escape from electricity and our daily routines. She promotes a sculptural programme that places art right in the heart of the neighbourhood[8], compelling spectators towards an ophthalmic urgency that spreads beyond the boundaries of the standard, to a formal and formative condition which veers from heimlich to unheimlich and into a state of mind of confusion and alienation. The result is the disorientation[9] needed to create new linguistic contacts between citizens and their city.

Fineschi points out that “this work has no political-social value […], every time I take on a new work, the (subconscious) desire to make it universal is at the root of my reflection but, notwithstanding my personal vision, I also let the declinations go where they will by way of all possible variables”[10].

Stato di grazia is a performative extroversion that expands and converts the unrelenting corporal topia into a collaborative utopian garden introduced as an evening collective happening through which the urban core (a nucleus that “crackles and yet it manages to sustain itself”)[11] becomes a privileged terrain of a narration made up of shadows and images. Of light and of that which is not light. But, above all, it is a reflective environment and a tool in which the exhibit space turns its gaze towards the social pattern (and let’s not forget that houses make the hamlet but only men can create a city) to build a scene entrenched in the bluntness of reality to the point of piercing the community’s perspective, prompting it to become more aware and to learn. To be filled with wonder and to become nostalgic for a land that is altogether too consumed with luminous pollution so that we can come forth to rebehold – albeit momentarily – the stars.

This critic text has accompanied the performance Stato di Grazia realised by Serena Fineschi in Siena, promoted by  Brick Center for contemporary research and culture (11.10.2014)

[10] Excerpt of a letter from the artist to the author.