Gravity. Imaging the Universe After Einstein 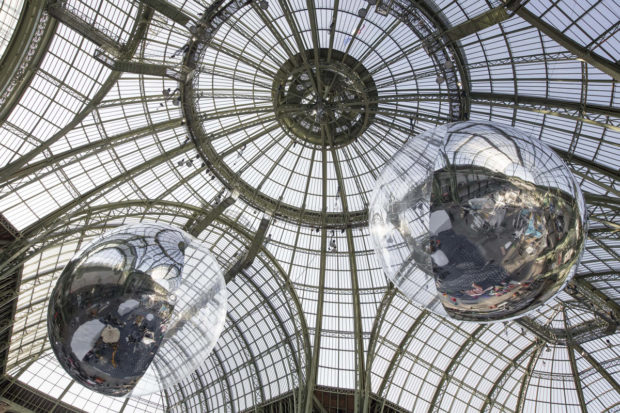 Gravity. Imaging the universe after Einstein at the MAXXI Museum in Rome, running until 24 April, is organised in collaboration with the Italian Space Agency, the National Institute of Nuclear Physics and the Argentinian artist Tomás Saraceno. This exhibition wants to develop an exciting conversation between art and science, creating a participatory space able to convey to a broader audience these professions first-hand, in both a detailed and figurative way. In short, unveil the grey areas of those natural forces regulating and conditioning the whole of human existence. 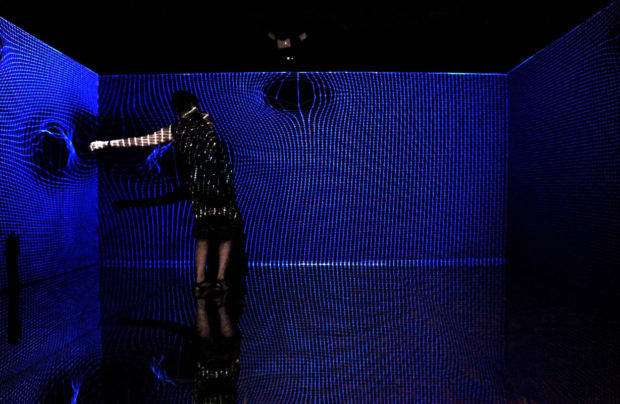 Art and science, after all, represent two approaches to research, parallel trajectories of unquestionable epistemological value. As Konrad Fiedler noted, they are two mediums «given to man in order to grasp the world»[1]. A dichotomous relationship, therefore, that is made visible and is articulated in the darkness of the museum, where iconic scientific instruments uncover the physical laws hidden inside the artworks which, in turn, visually translate complex scientific theories. 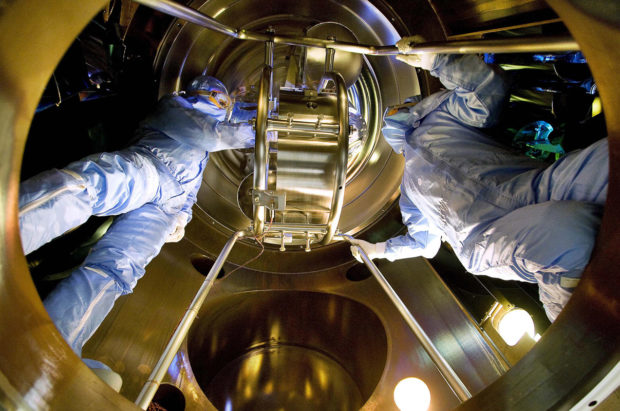 Gravity’s key exhibit commemorates a document published in 1917, which soon became historically significant for our understanding of the universe’s structure and origin. The research study by Albert Einstein, one of the most brilliant scientists and a genius of the twentieth century, applies his theory of general relativity to all the mass present in space, postulating the existence of a cosmological constant[2], a vital factor that balances a static universe that would have otherwise collapsed. Despite being a century old, Einstein’s study continues to be extremely influential and relevant to most recent research on the universe and is still able to fascinate the contemporary art world. 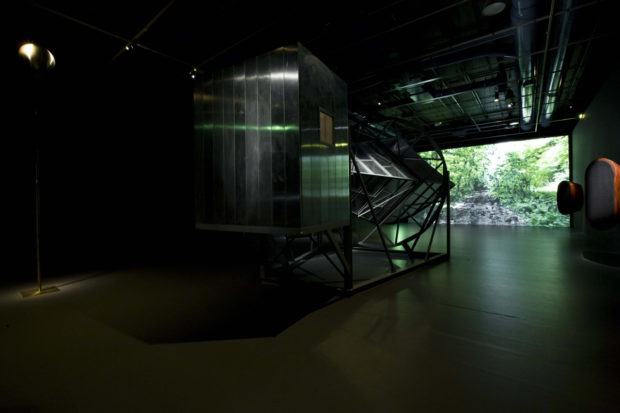 Der Lauf der Dinge (1987), part of the section dedicated to space-time, reproduces a chain of events connected by an inevitable and unstoppable cause-effect relation, in which the agent-actor is gravitational force. Artists represent this gravity, according to the model provided by Einstein, as a geometric effect that bends space-time in which all matter is immersed. 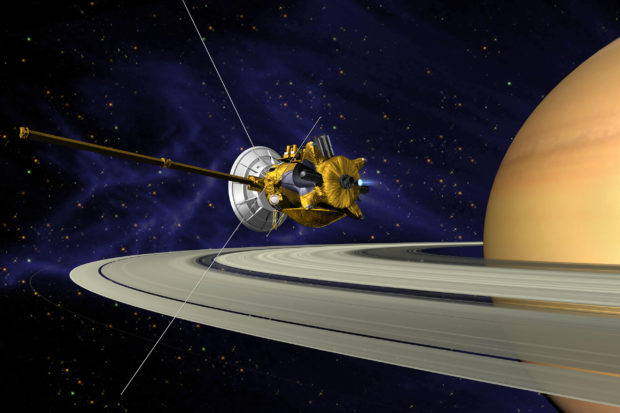 FRAME > Above and Beyond