Hybridizations between corporation and culture 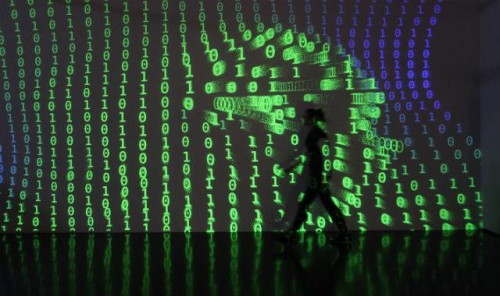 The Saatchi Art Gallery is joining Google +. Together they have created the «Motion Photography Prize», an award given to the best gif, a format that is becoming increasingly present on the so-called contemporary avant-garde scene. Several gifs have been successfully sold to Unpainted, the recent art show hosted in Munich entirely dedicated to digital art that has united specialists from all over the world.

Alongside a predictable return of collecting and the need for that security which the physicality of a work seems to produce, it would appear that a naturalization process of digital as a material is slowly advancing. Similiarly, technologies of distribution, such as «Public Cloud», conquest their own physicality when materialized into the economic ventures that they produce. In an historical moment, when everything moves into the flux of anything else, also corporations and cultural institutions look for a common language for a mutual growth.

This is the case of the agreement that the Saatchi Gallery stipulated with Google +.  Saatchi has expanded and modernized its artistic exploration on its online section and Google + has revealed (and therefore publicized) Motion, its latest programme which makes animating fixed images possible. Anyone can access this tool so the competition is open to everyone!

Google + states its intention to «enable anybody with a smart phone, or any camera whatsoever, to tell their story in a new creative way, and be showcased at the iconic Saatchi Gallery in London».

With this invitation, Google + serves art with the issue linked to quality and the thousands of facets which have questioned the term and meaning of art itself and the role of institutions thus qualifying them in history and on the market. Artists of the calibre of internationally acclaimed director Baz Luhrmann and photographer Cindy Sherman are on the jury to guarantee the quality of the choices.

Also the Londonese Serpentine Gallery has stipulated an agreement with HP through Public Cloud for opening participation to the network community. This took place for the occasion of the «89plus Marathon», a marathon, taking place in the time frame of 48 hours, that distinguishes its annual programming and once again this year involved the world’s most influential intellectuals in an exchange with artists born no earlier than 1989.

Saatchi Gallery and Serpentine have found two different ways to adopt technology, each of which were best suited for their particular mission: Saatchi opened the door to young artists and possibly even those with no specialization; Serpentine made its resources and established activities (with the help of a scientific committee) available to a constantly growing public which can be reached notwithstanding geographical limitations.

It is interesting to observe the intertwining of corporation and culture resulting from this exchange during a moment like this in which its need for exchange is in constant development. Aside from the many formulas adopted by sponsors of cultural events, it appears that an opposite movement is emerging which brings art within the areas and content of corporations. An example of this is Rome-based Nomos Ricerche, a company that has detached from the INAREA Identity and Design Network, a renowned reference point for the definition of Italian brands. For the past year or so, Nomos has been developing a new project, the de packaging design, a platform of research and culture that results from an entrepreneurial approach aimed at facilitating exchanges between art and businesses.

Verso lo spazio interno (Towards inner space), Proiezioni dal silenzio (Projections from Silence) and I Sapori del Dono (The Flavours of the Gift) by Antonio Pace, Michele Stallo and Hadeel Azeez, and Antonia Ciampi respectively are the three exhibitions that, throughout works realized for the purpose, since January 2013 have been reflecting on the first cicle of the project, intended as a new way to address some of the fundamental themes of a business: research, prject planning, and the gift.

In the cross-breeding of idioms and the increasing presence of digital in both everyday use and in their corporate incarnations, we must take the cross-breeding of corporation and culture into consideration. These are two realities which have always been active on parallel levels and they now need to find contact points in order to operate on a common ground. This can happen by building new idioms and exchanges based upon the rising parameters of a world and a dimension that is just waiting to be alphabetized.