If on an Autumn’s night (at Manifesta) a Traveler 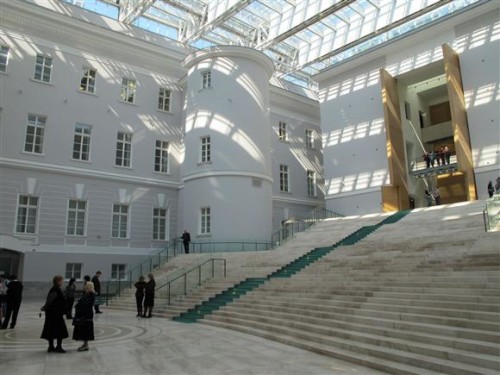 St. Petersburg is not a city that can be scaled down to narrow epithets or a handful of enlightened characters like Peter the Great and Catherine the Great who built its history and its pomp nor can it be depreciated as simply being the city of the Tsars, the capital of the Russian empire or the world’s northernmost capital city. Rather, it is an atmosphere that skims the ear and invites the traveller to wander among the thousand wonders that are clenched to the 18th and 19th century architectural marvels and the bridges and canals along the delta of the Neva River. It is the city of White Nights (or of the Midnight Sun), the Venice of the North and the birthplace of many poets and artists. Saint Petersburg inspired unforgettable pages from tales that enthral readers and describe the Nevsky Prospect and the drenched romanticism of Pushkin, Baratynsky, Chekhov, Annensky, Kuzmin, Tyutchev, Dostoyevsky, Fet and on and on up to Mandelstam, Tsvetaeva, Pasternak, Akhmatova, Kushner, Brodsky and Akmadulina. It is a city of “austere buildings, strong winds; a city that is cloaked and a city that literally stands on its prospects and streets for which the poet wanders dressed in a sober black suit like a classical and traditional character” in the words of Dmitri Sergei Likhachev[1]. 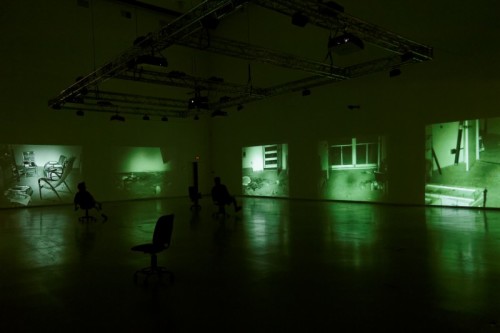 Manifesta, Europe’s itinerant Biennale of Contemporary Art, has chosen this fascinating landscape for its tenth edition. A city that is barely touched by the Baltic Sea is the temporary home of a new exhibition (almost entirely organized in the halls of the Hermitage and the recently renovated General Staff Building), linked to the history and the charm of a magic place and to the «adventures of Soviet ideology in the post-Soviet period»[2] (as narrated by the work by Ilya Orlov & Natasha Kraevskaya at the Razliv Museum). Alongside a series of time-honoured works like Mapping the Studio I (Fat Chance John Cage), 2001, by Bruce Naumann, The Institute (2002) by Louise Bourgeois and the marvellous Wirtschaftswerte (Economic Values) created by Joseph Beuys in 1980, there are several projects which were developed for the new Manifesta that centre their considerations around the intimate, and sometimes dicey, relationship with culture and the uniqueness of a «gateway to the West»[3] (König) that has always been presented as open to a physical and metaphorical journey between the light heartedness of life and the mellowness of luminous and gelid nature. 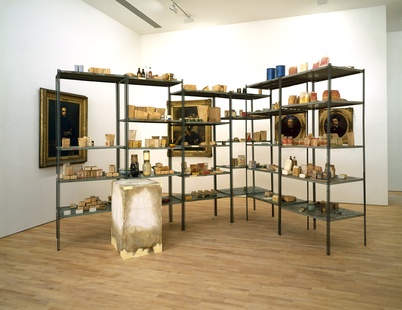 Distributed between the Winter Palace courtyard and the second floor of the General Staff Building, the work by Francis Alÿs fully represents this mental state, this unhoped-for appointment with destiny, with this flattering and gratifying environment that invites spectators to observe the world from new heights. Pointing a finger to a symbol of the place, a car: the Lada [4] (from the Russian car manufacturer AutoVAZ and very similar to the Fiat 124),  Alÿs proposes a special project, the Lada Kopeika Project (2014), which represents an exploration of the streets of Russia (Lada- the key to the streets of Russia was the chosen advertising slogan) as well as moulding a layout that concludes with a cheerful aesthetic accident in the museum lobby – almost as if to close an imaginary (and real) trajectory in the city that makes itself a document, archive and creative file. On the same plane, but from a different angle, there is the work by Dmitri Prigov (Installation with names of artists) which focuses upon a series of historical artists and, more specifically, a single central piece for the entire 20th century: Malevich’s Black Square. Along this voyage that searches for great works, there is the astonishing A Speedy Day (2003), the environmental installation by Vladim Fishkin, that reduces 24 hours in a little less than a minute and shows the spectator a visual space that is misty and frosty, crossed by a faint light that removes and reveals the climatic energy of its country of origin. Of a country that communicates naturally with the Russia of the North and with a special atmospheric condition: the one found in St. Petersburg – the true (and perhaps only) binding agent of this tenth Manifesta.