by Eder Chiodetto
in focus 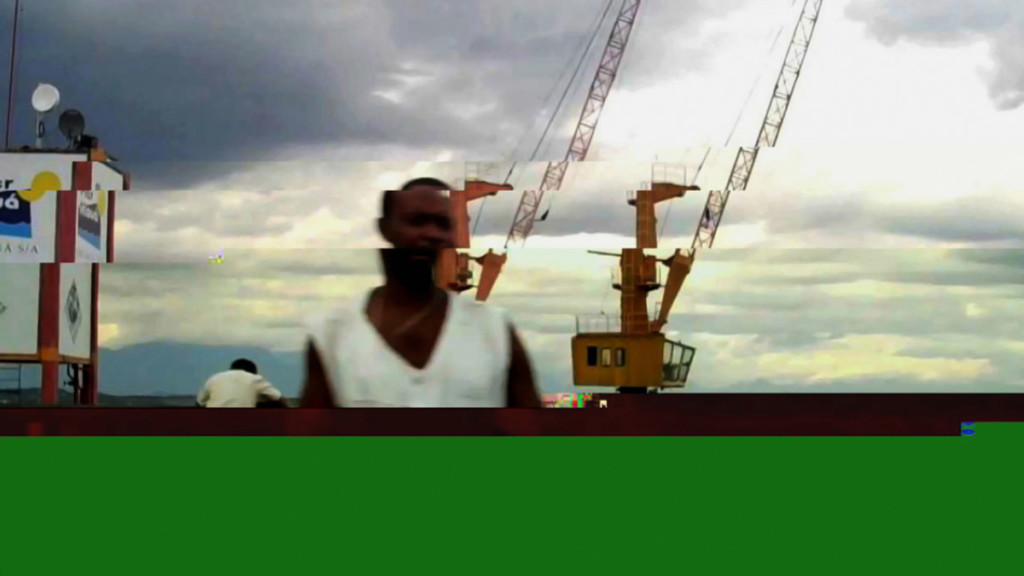 The works created, provoked or ruined by Giselle Beiguelman are like images in transit, half way between a representation of the external world and a sort of self-analysis on the very nature of images. In one single movement, these noisy images both express a possible visibility of the landscape enabled between different apparatuses and self-question their own ability to make such operation effective.

Therefore, the set formed by the works featured in Cinema Lascado (Chipped Cinema) should not be seen as totalizing images that aspire to make the outline of a finished aesthetic project clearer. These are images that, located in-between the possibility of enunciating a referent – adulating it through an emphatic representation – or of renouncing a place in the world, thus denying and abstracting what the artist has confronted with the image-capturing apparatus, choose to question us: what is an image, after all? 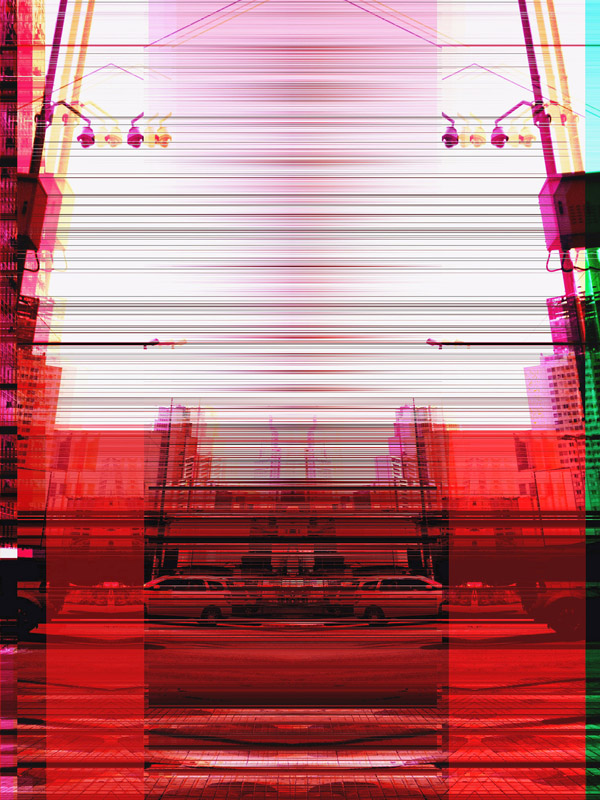 These images that think images, formed by rugged and brittle surfaces often containing unexpected colors that emerge from conflicting binary relations, make the eye’s perception seek the origin of its instability: a territory that results from different and opposite forces that, in their turn, result from tectonic movements the artist has caused inside them, produce surfaces that make an effort to harmonize and create an erratic aesthetic from the debris formed by these antagonistic forces.

The result of the forced dialogue between apparatuses that do not speak the same language – a video editing app for low-resolution images that the artist uses to process high-resolution static images, for example – is a strained image, a series of fractures that corrupt the original file and generate, in the core of the image, a new time period. It is the time of the elongated and decelerated gaze. 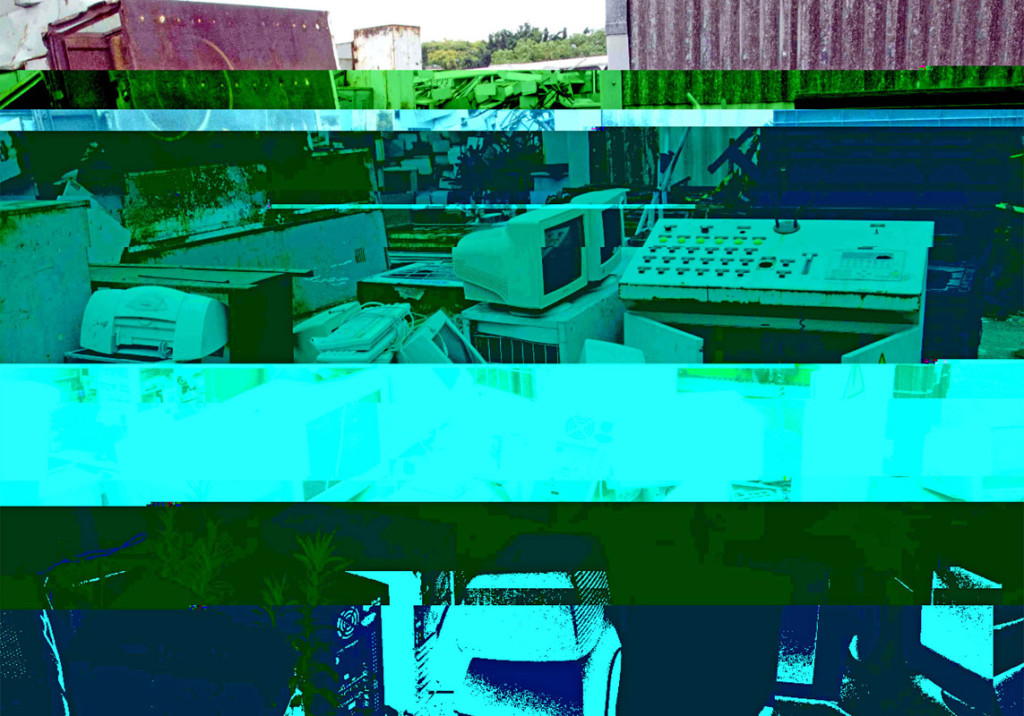 This time that questions our visual perception announces what we can grasp from a “thinking image” that wanders between transparencies and opacities.

According to the researcher Emmanuel Alloa, “through overexposure of the grain, the materiality of the image puts sand into the gears of the visual and creates its own time, that of the gaze.”1

As Roland Barthes reminds us, this is the precise moment in which photography becomes subversive, “not when it frightens, repels, or even stigmatizes, but when it is interrogative.”2

This sort of aesthetic of debris, which results from operations that collide images and technological apparatuses, makes evident the frailness of binary and volatile images we generate almost spontaneously in our daily lives; it also potentiates their unstable anatomy that, when re-configured, offers artists a vast territory to create original approaches on perception in the contemporary world. 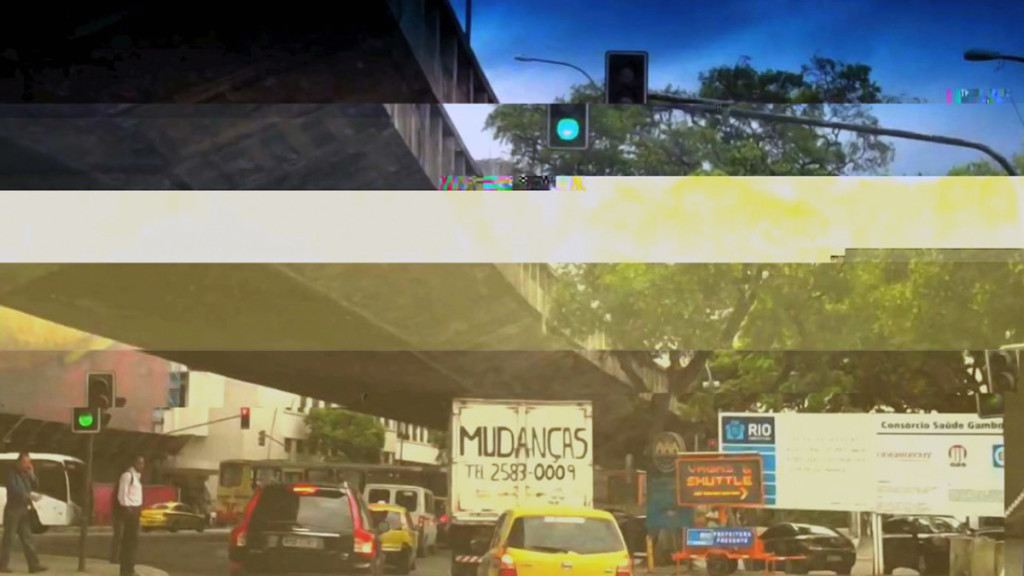 Theoretician Vilém Flusser, in his crucial text Towards a Philosophy of Photography, called on artists to unravel the inside of the black boxes of cameras aiming to deprogram the automatism and the pasteurized view of these apparatuses. From her trenches, Beiguelman unarms the unidirectional communicative potency of images, reveals their fractures and leads us to coexist with dialectics. This is an extremely healthy operation against the excessive ideologization in communication; it opens space for reflection on the more complex and less dogmatic meanings of images.The Works featured in Cinema Lascado remind us that image and imagination should never be dissociated from one another. 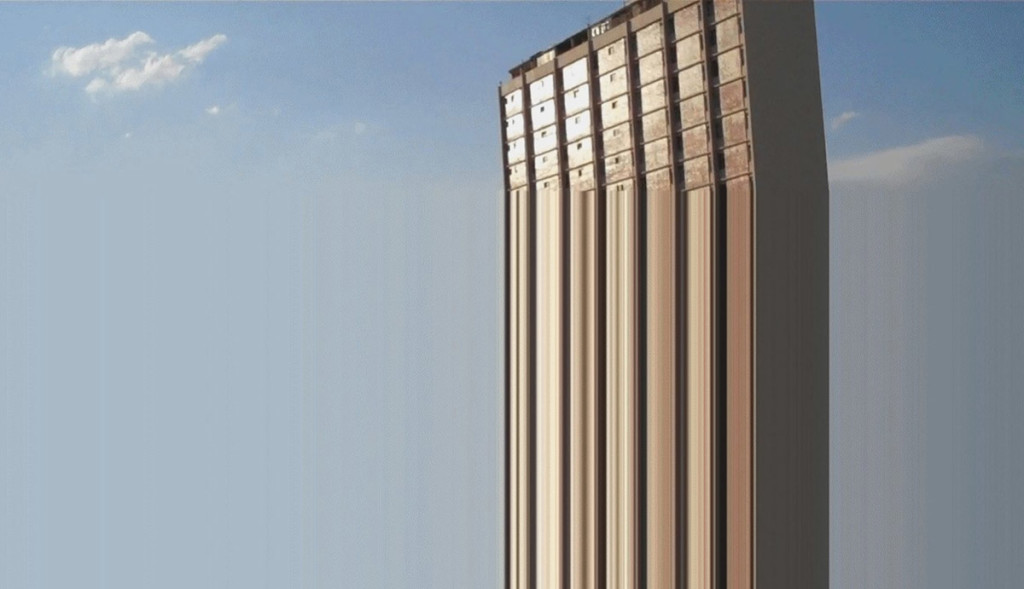 Eder Chiodetto is the curator of photography of the Museum of Modern Art of São Paulo – MAM-SP since 2006. In his career as an independent curator he has held important exhibitions in Brazil and abroad, such as Mythologies – Brazilian Contemporary Photography (Shiseido Gallery, Tokyo, 2012); Éloge du Vertige (Maison Européenne de la Photographie, Paris, 2012); Generation 00 – The New Brazilian Photography (Sesc Belenzinho, São Paulo, 2011) Look and Simulate – Photographies from Collection Auer (MAM-SP, 2009), The Invention of the World – Collection of the Maison Européenne de la Photographie, Paris (Itaú Cultural, 2009, with Jean Luc Monterosso), and others.